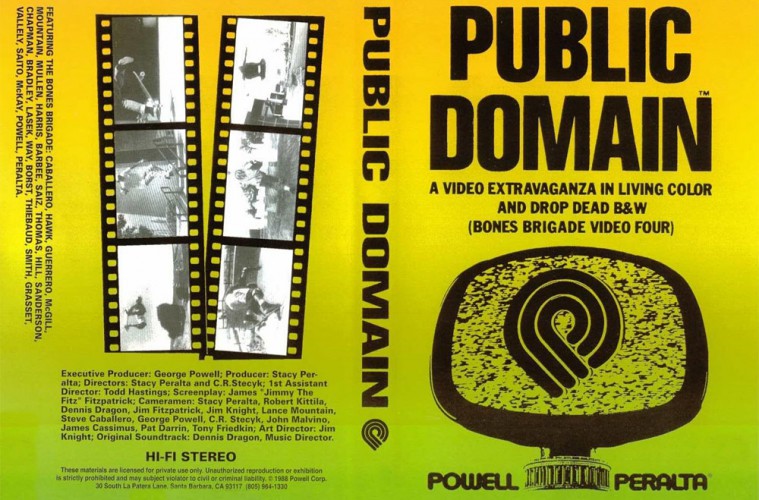 The 1988 was THE time to be a skater. There was no need for you to be a hipster to fit in (skinny jeans WTF?!) just you, your skateboard and it seemed liked everyone who skated was a mate.

Amongst the plethora of rad skate videos that came out in the 80’s (which were always blaring on the little TV sets found in skate and surf shops all over the state) there was one which stood out from the rest: Public Domain.

Public Domain borders on new school (still holds it’s own today in my opinion) and it was the first time many of us had seen or heard of Ray Barbee or Danny Way, who at the time, despite his vert talents was too young to be an officially sponsored rider for Powell.

My mates and I actually bought Public Domain on VHS. We used to watch this video over and over and each time we got to this particular segment of the video we’d be so pumped we had to go out and skate.

PS: Part of the reason why this segment rocks so hard is the accompanying audio track. Late last night I stumbled upon the band who’s had that tune stuck in my head ever since 1988. The band is McRad, the album is Absence Of Sanity and the track is Weakness. Ahhhh enlightenment… it feels so good. I didn’t hesitate to buy the track from their myspace page and I’ve added it to our new TUMBLR too.