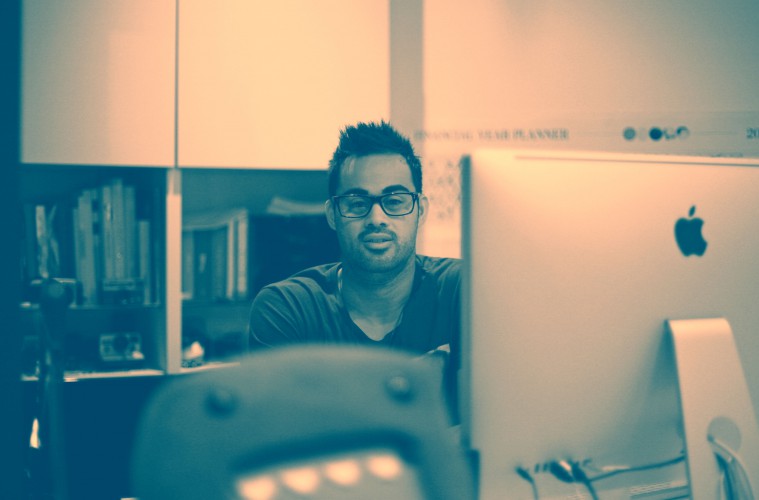 We ended up talking about how he got robbed in Vegas, life after ASM, and whatever bullshit that came to us.

P: How you going to do it? You gonna record everything and then write it?
H: Yeah.
P: Zen Garage aye.
H: Yeah. So how was your trip man?
P: Pretty good.
H: What did you do? Did you get your 5D?
P: Nope. I didn’t win at Vegas. That was my plan. If I won at Vegas I would have spent money in New York. So I lost at Vegas and didn’t spend so much.
H: How much did you plan to dump at Vegas?
P: I had this agreement with the guys before I left, I probably told you, I’ll take cash, spend whatever I can in LA and whatever I have left is going straight on black.

P: So I got to Vegas had about 400 bucks, went straight on black and doubled it. Which was good.
H: Yeah!
P: So I was up. But at that point I wasn’t thinking about New York or the 5D, I was thinking about going out. We got tables with bottles of Grey Goose and we were getting pretty wasted. Hold on, we need music.

PAPZ WENT THROUGH HIS ITUNES AND SELECTED A HOUSE TUNE.

P: I’ll show you some pictures of the trip. Have you got this new OS on your computer yet? Lion? Don’t get it. It’s fucking shit.
H: I got it on my work Mac…
P: It’s fucking shit I hate it. I can’t do anything.

PAPZ PAUSED AND WENT THROUGH HIS U.S. PICTURES.

P: So Vegas was pretty cool. L.A. was a dump. The drive to Vegas was sick though. You know how they say that thing about the lights?
H: How you can see it from a distance?
P: Yeah. We went through these two little cities first which we thought were Vegas so we got really excited. It wasn’t Vegas. When we got to Vegas and saw the Luxor – the pyramid – we pulled in and parked and organised VIP immediately with a few mates that were already there. We were staying at Cosmo – fuck it’s a nice hotel man, eye-candy everywhere. Just literally tits and… just plastic Barbie dolls walking around and you don’t want to go out. There’s a spider about to attack you.
H: Whoa!
P: My room is infested with spiders.

PAPZ PASSED ME A TISSUE.

P: Here you can kill it. Just don’t fuck up the wall.

I TRIED TO KILL THE SPIDER BUT IT DROPPED ONTO THE GROUND AND CRAWLED INBETWEEN THE FLOOR BOARDS.

P: There was a Huntersman here the other day. It crawled over my hand. I jumped like a girl. That was a baby Huntsman. Anyways fuck that.
H: So how much did you lose at Vegas?
P: On gambling?
H: Yeah.
P: Two grand?
H: How did you lose?
P: Casino War. Killed me every time. Blackjack. Killed me every time. I would walk past a table and put down $100 on black or red or high card or low card or Blackjack…
H: So luck or no luck.
P: Exactly! The last three days I had nothing.
H: So you lost it all?
P: Yeah I lost the 5D money and I got robbed on my very last hour in Vegas.
H: You got robbed?
P: Yeah. Cut a long story short – went to get a massage, got stuck in a scam, took all my money, got stuck in a little city where people didn’t want to help me and I had to take a cab back and got to the hotel 10 minutes before we had to leave. It was pretty cool.
H: Wow.
P: That cost me about $450.
H: A mate of mine got scammed $700 at a strip club in Vegas.
P: Nah I didn’t go strip club. Hey you want a beer?
H: Nah, I got to drive.
P: All right. I’m getting one.

PAPZ WALKED OUT AND CAME BACK WITH A HEINEKEN AND A BLOCK OF CHOCOLATE. 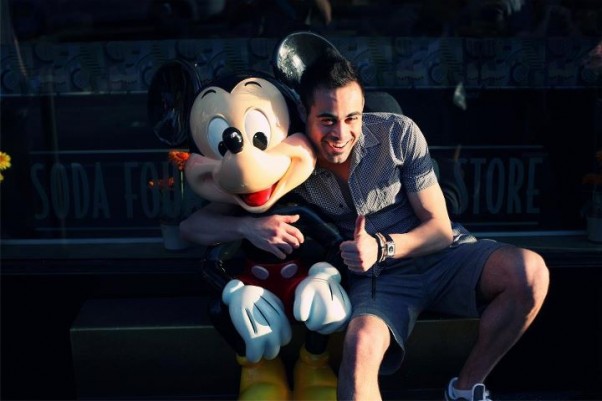 H: So what’s happening with the EK9?
P: Nothing. I’m parting out the parts.
H: What?
P: Yeah. I got a parts list here. Some stuff is already gone.
H: Did you buy the car stock?
P: It was dead stock. The only thing that was done to it was Fujitsubo exhaust and ORC intake.
H: It’s a yellow plate right?
P: Yeah. It came on a boat from Japan. I got all the papers for it. I bought it from Melbourne. Flew down with William and drove the car home.
H: How did it drive?
P: There was no power. Compared to my black car this thing was a nugget. It was the intake.
H: Did you change it immediately?
P: I just put my Mugen intake back in. That was fun. Then I just started modifying again. The first day I got it I torn out all the interior, steam cleaned it, put a new seat in, the Mugen coils, c-pillar brace and that was it.
H: All in one day?
P: Yeah. It took a couple of hours. Everything else came later that week – Spoon wheels, Backyard Special front bar, Defi gauges. They were just easy mods, nothing crazy.
H: How long was it before you tracked it?
P: Within the first month I was at Wakefield.
H: How did you go?
P: I don’t know. We fitted a new clutch on and I did two laps and the clutch seized. Don’t know what I got.
H: Did you go again?
P: The second time I went down I did a 1:11 or 1:12. I can’t remember.
H: Have you been since?
P: Nah. I haven’t been to the track since.
H: Did the mag have an influence on you modifying cars?
P: C’mon man you’re around it. You’re around cars. Of course it did. It’s like if you’re around women all day you just want to have sex.
H: But why Hondas?
P: It’s easy. It was my first car and I could only afford that. I bought my black Civic before I worked at the mag.
H: When did the VTECYO plates come in?
P: That was a stupid number plate. But it was funny. It was an impulse buy. We were looking at stupid number plates at work and someone said ‘Oh what about VTEC YO?’ and it was available. We all started laughing and Willy was like ‘Man that would be a mad number plate to get’. They convinced me and I bought it.
H: I’m guessing it didn’t take long to convince you.
P: Wasn’t long. 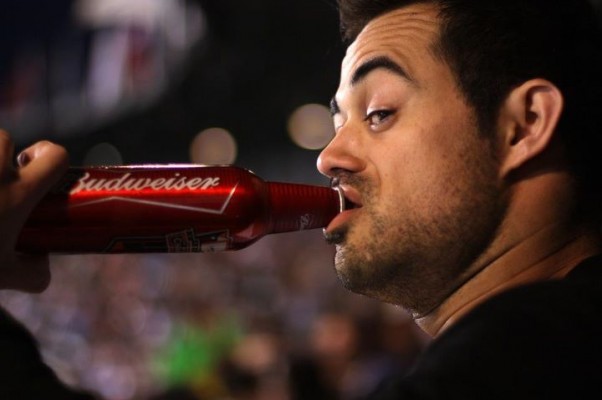 H: Do you remember the first issue of ASM? We were just kids man.
P: Nah I don’t remember that. I never bought mags.
H: You never bought mags? You’re a designer and you never bought mags?
P: The only time I bought car mags was when my favourite car was in there. Back then it was the S15 and WRX – the old school STi 2 door one.
H: The 22B?
P: Yeah. They’re my two favourite cars back then.
H: Now what’s your favourite car?
P: As in if I was to buy a car to modify?
H: Whatever dude.
P: I’ll still buy a S15 or a RX-7.
H: No more Hondas?
P: Accord Euro? I got a DC2R now too.
H: So why you selling the EK then? You spent so much time and money on it. What the fuck?
P: The company man.
H: You’re growing up dude.
P: No.
H: Everything you said sounded like you’re growing up.
P: No, because I’m planning to get – hopefully – an IS250 and I’ll bag that on 22s or something. I’m not growing up. The bug is still there.
H: So you’re not growing up. You’re just moving up.
P: I want something classy to cruise. You know me I’ll get pulled over straight away.
H: Do you regret not driving the EK?
P: It’s hard to drive man. Twin-plate clutch, LSD and bucket seat with the steering wheel in your face – it’s hard to drive. Hey! You want to buy my brakes?
H: I already have Spoon brakes.
P: But mine are better.
H: I’ll take your rotors.
P: Yeah I’ll sell you the rotors.
H: Fuck I didn’t come here to buy shit.
P: Let’s just take a look at my parts list and see what you like.

WE LOOKED AT PAPZ’S PARTS LIST FOR 20MINS DISCUSSING WHAT PARTS I CAN BUY OFF HIM.

H: So what’s the future for Michael Papandrea?
P: A luxury of some sort – Euro, Lexus, BMW…
H: M3?
P: Yeah. ISF or M3? I’ll choose the M3.
H: Why?
P: The M3 is just phat! They’re fucking sick man.
H: So what about life?
P: Nothing. Waiting to go Brazil in 2014 for World Cup.
H: That’s where I’ll be.
P: You have to go.
H: That’s where I’ll be.
P: 100%.
H: If you had the choice to re-do everything. Say ASM hypothetically stayed alive would you choose this path or would you choose to stay at the mag?
P: I don’t know. I really don’t know. Like, if, say… say ACP bought the mag and funded us there would have been goods and bads. We’ll have to start work at 9AM, which is bad. I don’t know man. I honestly don’t know. I think I would have left eventually. You do your time and then you move forward.
H: True.
P: So is this interview done yet? I wanna watch some porn.
H: Really?
P: No.
H: Oh.
P: So are we done?
H: Yeah we’re good.
P: Sweet. Now fuck off, kthanxbai.