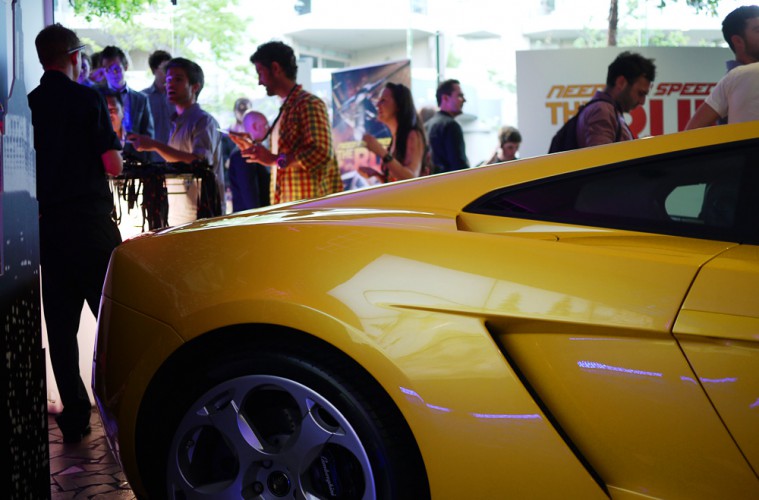 Last night we were invited to the Need For Speed: The Run Launch Event which was held at Scuderia Graziani on Crown St. East Sydney. If you’re a car guy that’s ever driven down Crown St. you’d know of Scuderia Graziani, a brightly lit head turning showroom loaded with exotics.

We made speedy way through horrible Sydney traffic in Tate’s beaten up Suby complete with asthmatic blow off vale. Maybe it was only speedy because we were cracking jokes all the way, and scaring John, who had never set foot in Surry Hills before in his life (he was freaking out!).

Having our Zen Garage Forza Motorsport 4 launch still fresh in our memories we were keen to check the event out. Comparing the 2 events was inevitable, but it proved difficult as both events couldn’t be any more different to each other.

Where our event focussed primarily on drivers and driving (the main attraction being the Xtreme Sim Gear simulator set-ups which helped to blur the line between driving a real car and playing a computer game), EA Australia’s event focussed on living the dream. Objects of desire, baller lifestyle, the high life. We’re talking flash cars, local celebrities, a DJ, promo girls and waiters serving up champagne and gourmet finger food (food was rad!). 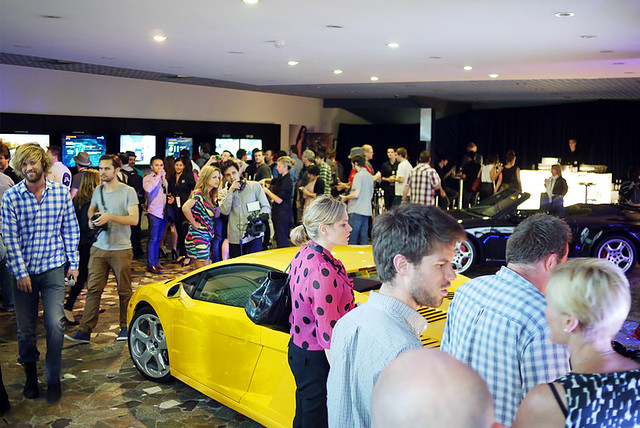 Exotics outside, exotics inside, beautiful people and tunes a pumping, there was a buzz on entry. 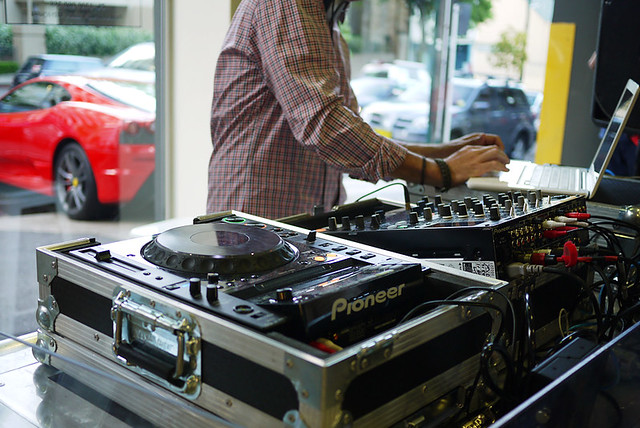 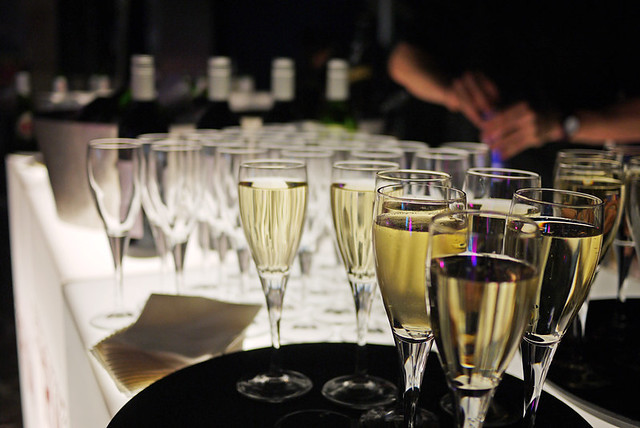 We made a bee-line straight for the booze (as you do). 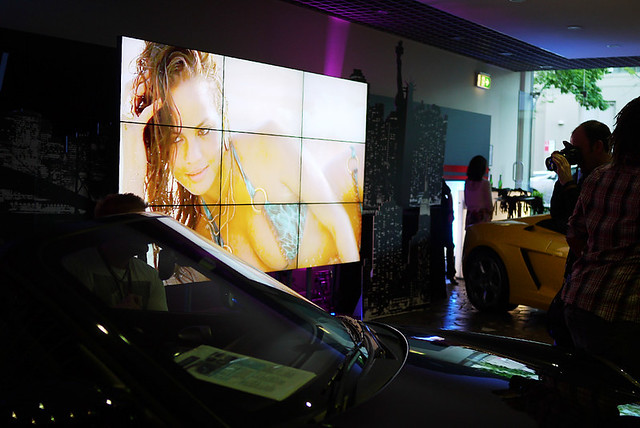 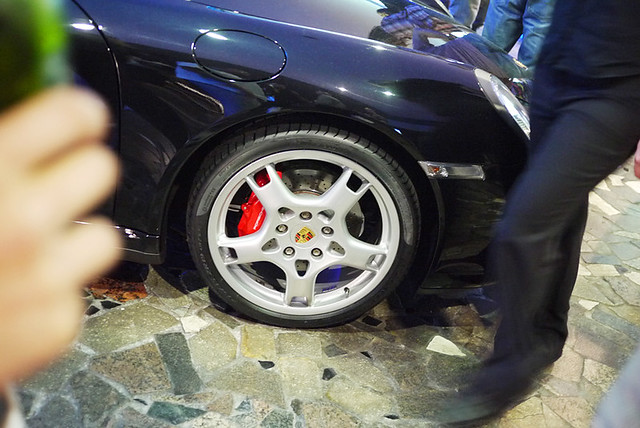 Convertible 911 in Automatic, one of 2 cars on display. 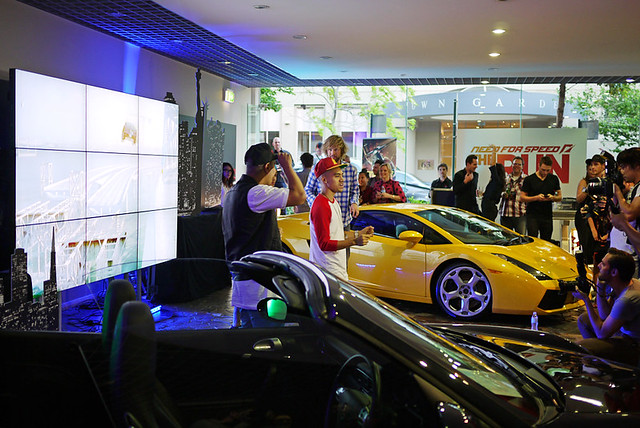 At one point these 3 guys in hip hop atire (apparently from some talent show on TV, X-Factor?) broke out into a dance. Serious?! 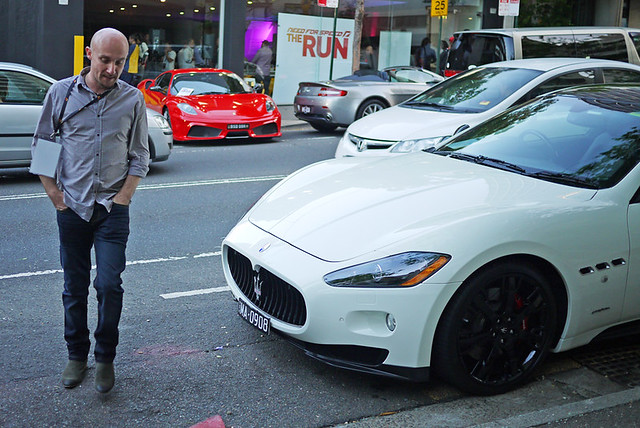 Spotted this gorgeous Maserati Gran Turismo S outside, we had to leave the party momentarily to check it out. 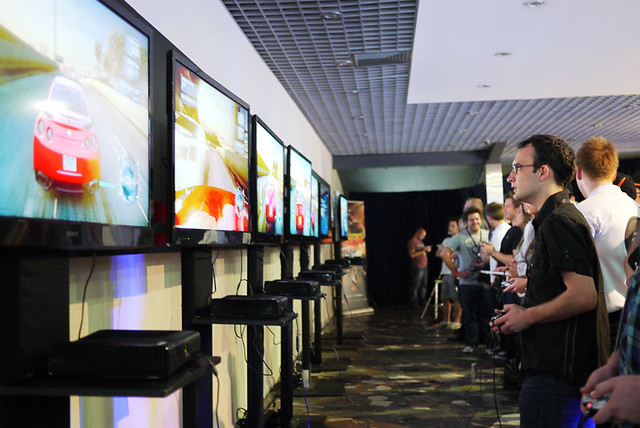 One entire wall was reserved for gameplay. 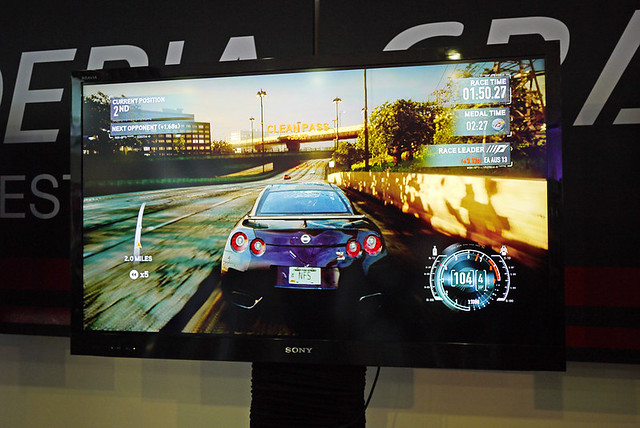 Interestingly the R35 GTR was the car chosen for all contestants. 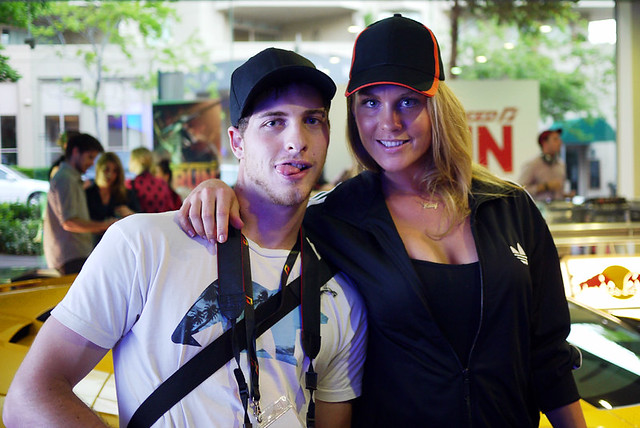 Tate and one of the NFS promo girls. Tate was having a great time spotting all the familiar faces he’d seen on TV. 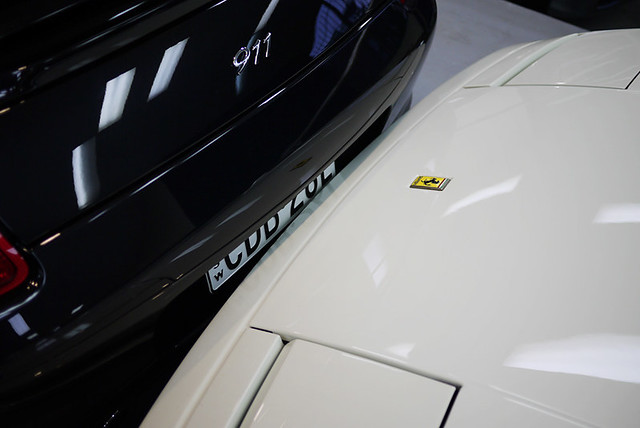 Tate told me there was an F40 upstairs and I almost exploded, turns out it was a Testarossa (another one for the Tate wall). I hadn’t checked out upstairs as I hadn’t broken the seal yet (big toilet signs led to the stairs up), but it turns out Scuderia’s stock pile of cars were all crammed in hard a level above the party. This is where the party’s at! 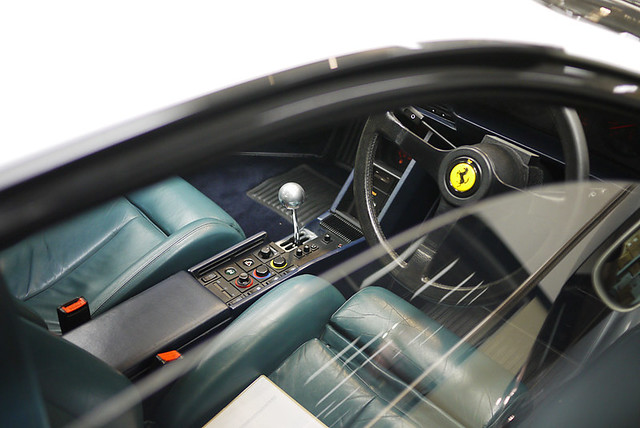 Testarossa, so much retro goodness. 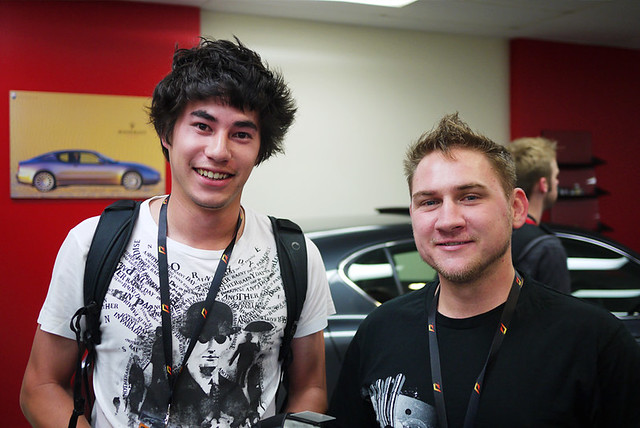 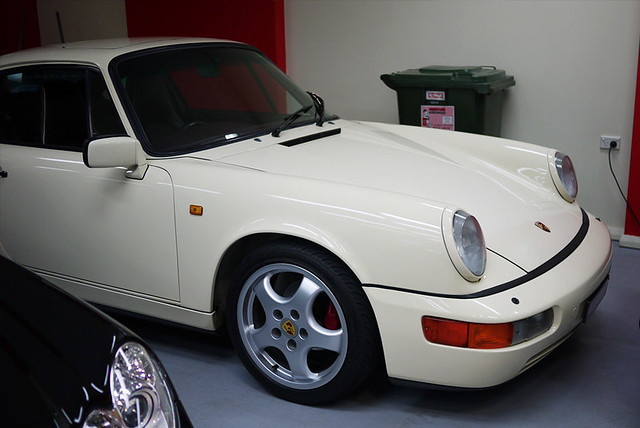 This gorgeous creamy 964 was tucked away in the corner, what a car.