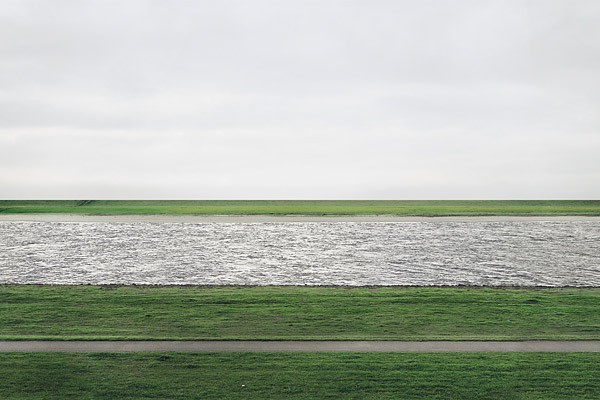 The Most Expensive Photograph in the World

This image of Germany’s most famous river became the world’s most expensive photograph this week when it was auctioned off at Christie’s New York for a huge sum of $4,338,500 USD. Titled “Rhein II” it was taken in 1999 by German artist Andreas Gursky. Srs?! It’s not a shit photograph, but $4.3 million dollars is whack right? Discuss!