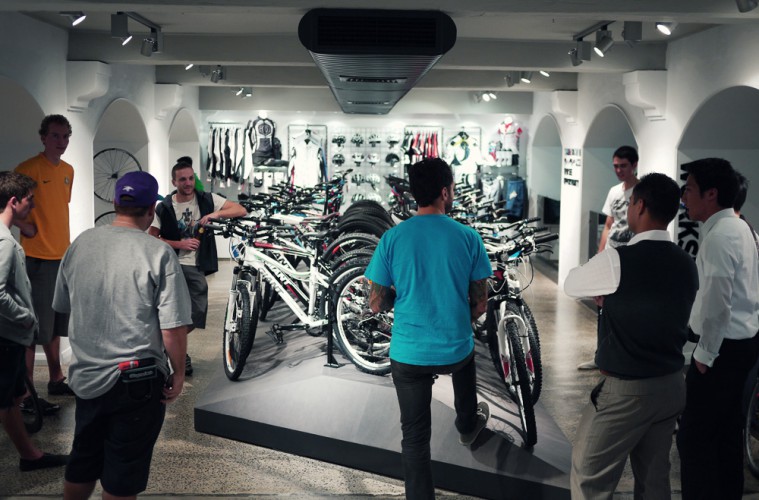 Little do people know. I’ve been into cycling ever since giving up skateboarding. On an overseas trip with my family when I was a kid I bought a Cannondale frame. It was black and white, it was so light. Made of aluminium unlike all the other steel frames around back in the day. Welds were smoothened out, it was the future in my hands.

I worked at a local bicycle store near Centennial Park in exchange for parts for the bike. Eventually it was the dream bike which I could never afford. I entered competitions with it, and raced it. I’ll never forget it.

Fast forward to today. I still run a bicycle forum, but not too many people know that a couple of years ago I decided to do something more with my life and invest in the idea of starting up a bicycle store. I spent a year co-planning it, it’s now the very successful MC Cyclery store behind the Queen Victoria Building. For various reasons. It wasn’t meant to be for me. And instead I co-founded Zen Garage with Rob and Sean.

I sincerely wish MCC all the best though. They’re doing great. And it’s nice to know that some of my DNA is in there.