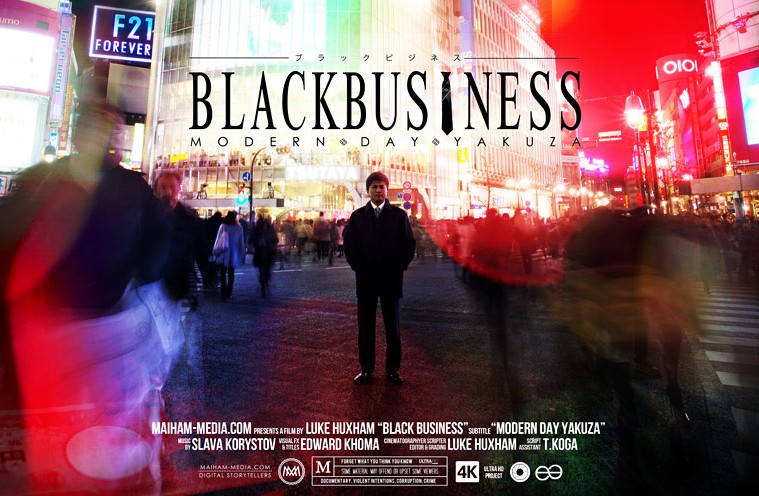 We’re big fans of Luke Huxham of Maiham Media. The man, and his work. We love his cinematic features, and this one is perhaps one of his most ambitious to date.

“Have I ever killed someone? I don’t kill people. I just ‘remove’ them.”

Japan is famous for many things, such as technology, sushi, temples, geisha and amazing customer service. One side of Japan not often seen but living in plain sight are the people conducting in “Black Business”, the Yakuza. They’re not petty criminals confined to the streets, they’re international business men. Using knowledge, money, powers of persuasions and their influence in the government to help secure them lucrative international black business deals.

To the everyday citizen they serve as no threat, often polite and well spoken but if you are one to do business with them; Make no mistake they’re ruthless, calculated people that will not hesitate to better their position at your expense.

Forget what you think you know, Japan is not all smiles and friendly customer service…