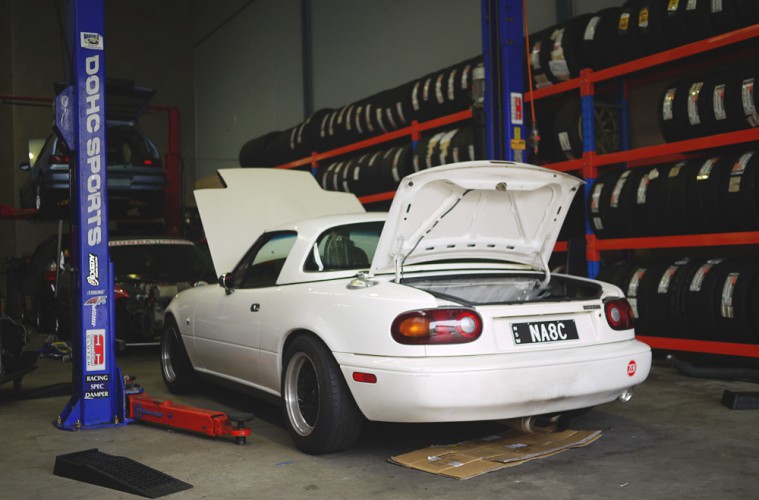 It’s been a while since the last update but it’s a good one as I’ve finally gotten all my worn bushings replaced (the bushings were so worn that Dale from DM Motorsport couldn’t do the desired alignment last time). 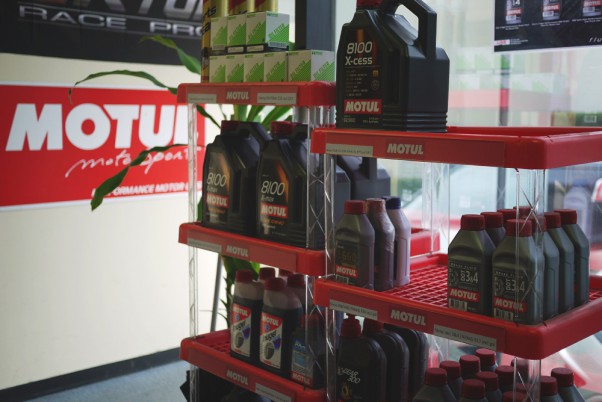 I dropped in to JDMyard and first thing we did was replace all fluids with Motul fluids. 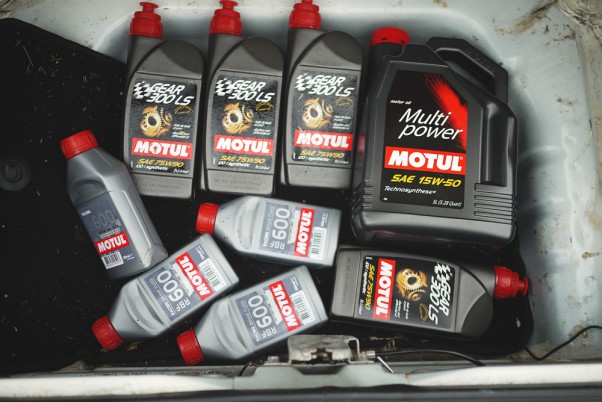 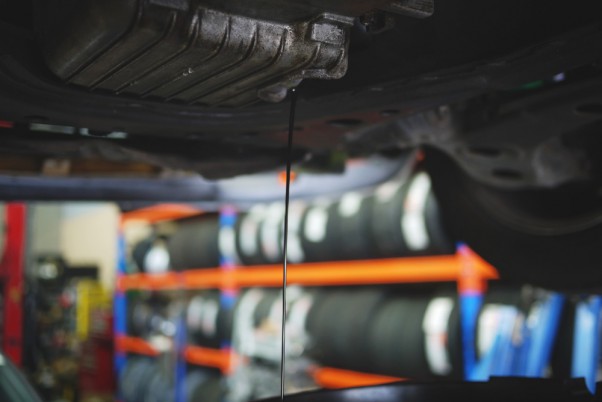 Dirty brown as expected! I’d been speaking to a fellow MX-5 owner who also has an NA that’s drinking oil. He suggested that I try Motul Multipower 15W-50 which is designed to increase engine life, has a thicker viscosity and lowers oil consumption due to the low volatility. 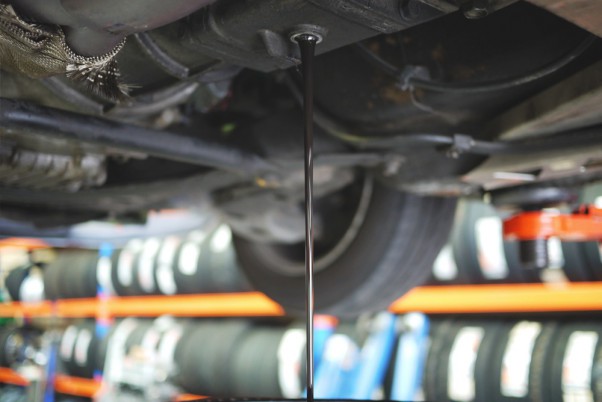 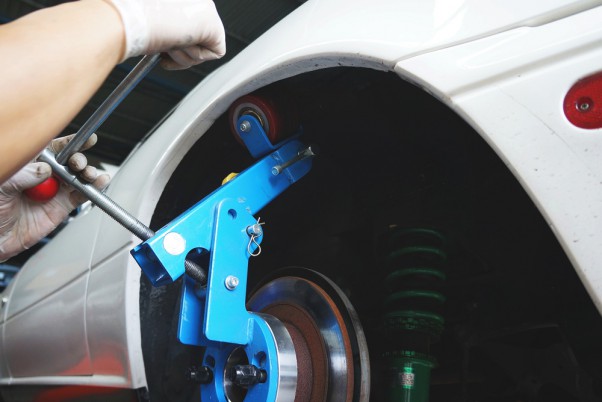 I mangled my front passenger side guard last track day when I came off so I thought I’d better roll all 4 guards. Unfortunately there’s bog in the rear passenger side and now I’ve got to love with some cracked paint on that guard. 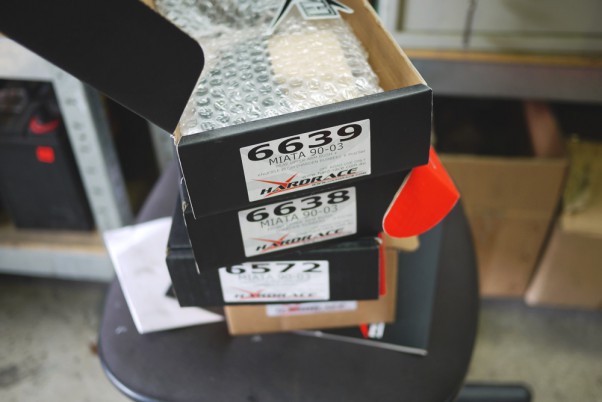 Hardrace bushings ready to go in. 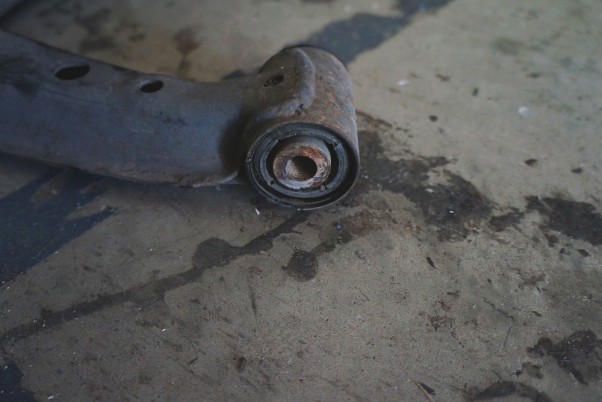 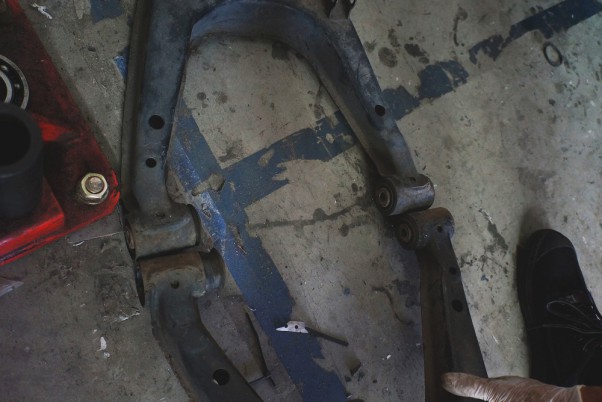 Check that! I had a completely bent rear arm which explains the bog in the rear guard. A previous accident? Most likely. 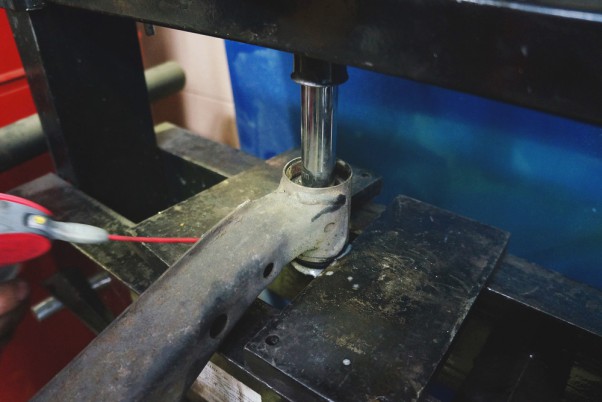 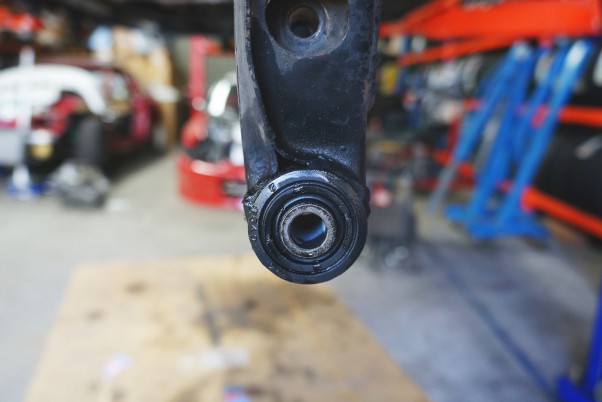 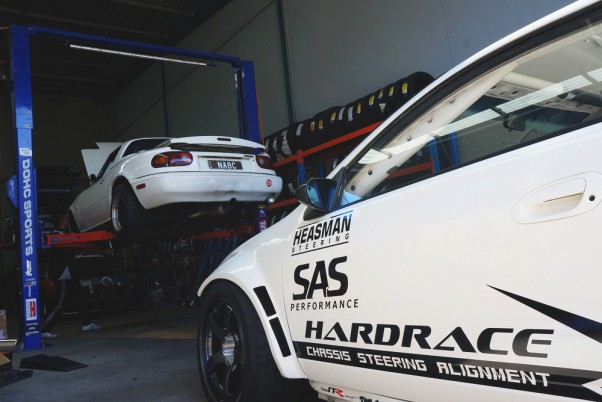