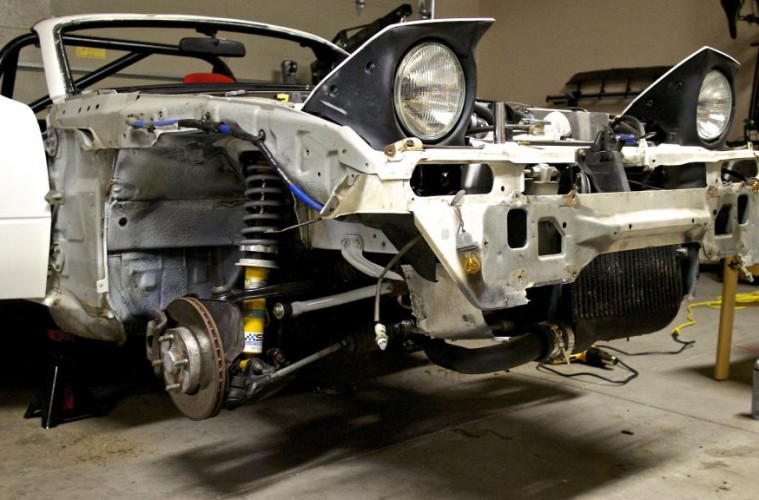 If you like cars, then there’s a good chance you like modifying them too; and to build a car takes an immense amount of motivation and determination. We all know that. To continue even after seeing the money in your bank account rapidly disappear after each pay day takes great emotional perseverance and strength, but that being said, I can’t think of any feeling that’s more satisfying than fitting those parts and instantly feeling the difference they make when you’re next behind the wheel.

However, is there a point where enough is enough? The point where the money you’ve spent is no longer returnable upon the sale of the car? Personally I think no, it’s never enough. That’s probably a very unreasonable answer to many, however, I believe some people choose to devalue cars based on their chassis name and not the work done. For example, someone who’s spent more than 10k on their S13 is most likely going to get laughed at by some. “Why would you spend 10k on an S13?”, or “you could have bought an S15 for that price!”.

But that 10k that the owner had chucked at the S13 could in most cases make it more aesthetically pleasing and/or mechanically superior to the newer models of that line up. In a way, it isn’t an S13 anymore. That specific S13 now has its own, for a lack of a better word, personality. It gains a very human trait in the fact that it becomes an individual among many.

I own a 1990 NA6 (insert hairdresser joke here). I’ve come to own it after selling my powerful non-VTEC Integra (sarcasm) simply because of the fact I was over the front wheel drive lifestyle. Nothing against front wheel drive, I love them, however, I prefer oversteer to understeer. I bought it very cheap and still have a long way to go before entering that ‘red zone’ where the car simply becomes a money pit.

Like everyone else, I’ve already drawn up my plans, whether or not I’ll go through with them, only time will tell. I tend to change plans on a daily basis, not even I know what I want. However, I know one thing, it will be a one of a kind.

Everyone has their own motivation, or reason to modify their cars, whether it be for the individuality factor, having a one of a kind car on the road, or for the function, or even both. My motivation is strictly the fact that I am a driver. I like to go fast through corners, and tinker with settings to see differences. Building a car is an amazing thing that sadly many won’t come to experience. I believe that there is no other form that quite expresses a driver’s individuality because building a car shows a person’s subconscious side in a way that others are able to see. It’s a peaceful art form that a majority of people don’t understand and that’s a real shame.

So no matter what build you’re currently undergoing, remember, the build itself is the motivation! Don’t give up!