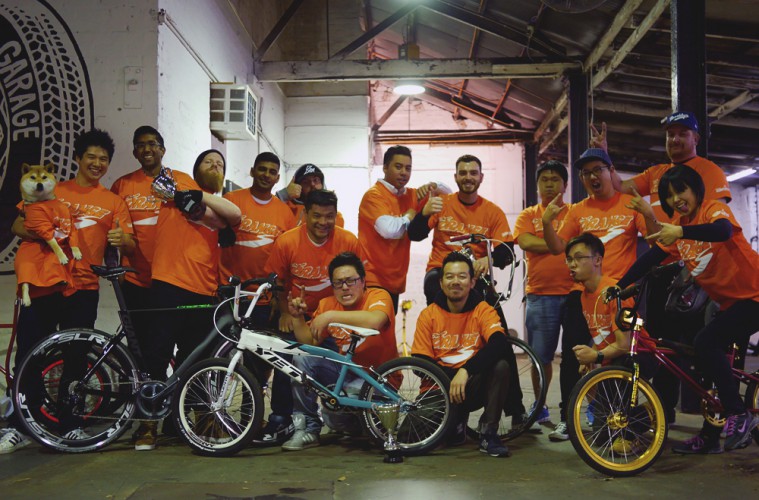 Back in 2011 when we first opened up we had the NINJAS over to bless our space (revisit that feature here). Back then we didn’t have our shop fit out installed, we basically had an empty space, so it seems fitting that we invite the NINJAS back one last time now that Zen is completely empty again.

As expected, seeing the space so empty stirred up a few emotions. Zen Garage is but a shadow of the space it once was, the logos on the walls are the only real remnants of Zen, and as strong as they are they don’t carry across that great Zen vibe without all the other goodies we managed to cram into our man cave over the past 3 years. 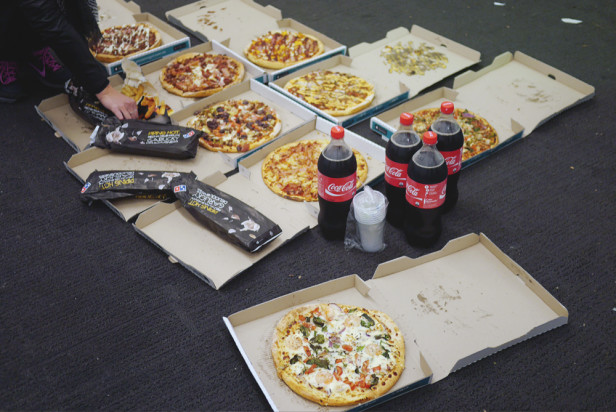 Like the first time, we ordered Pizza and again we had no table or chairs to eat it on, but the great company, conversation, food, tunes and beers helped get our minds off the empty space that once was Zen Leichhardt. 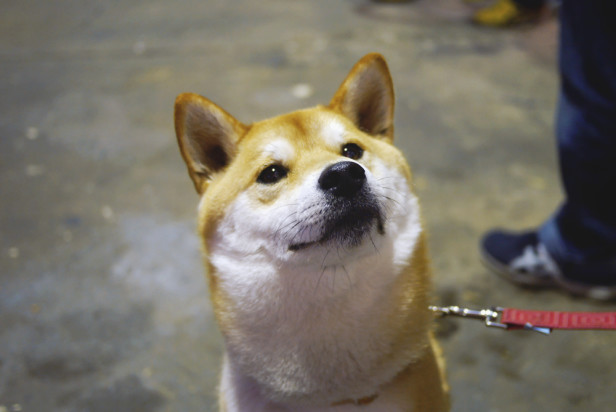 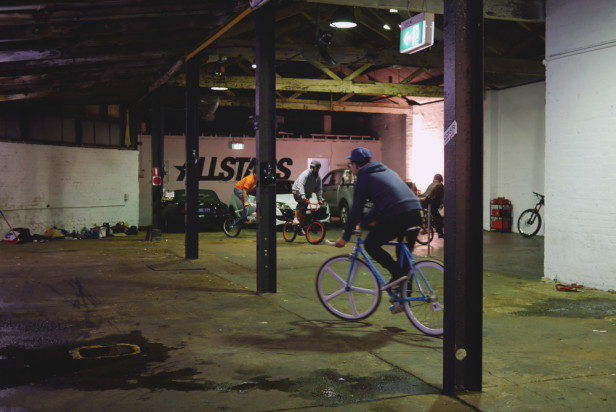 Free practice. Soon after dinner we got the Pedalkhana going. A course which saw a fast slalom through the pylons, a slow and slippery figure 8 through some posts then a roll up a couple of down low ramps into the office through to a step drop off into the finish line.

The first round saw contestants use their bike of choice, the second round was much the same except riders weren’t allowed to set a foot down (if they did they were instantly disqualified). The third round levelled the playing field and saw all competitors use the funny bike! 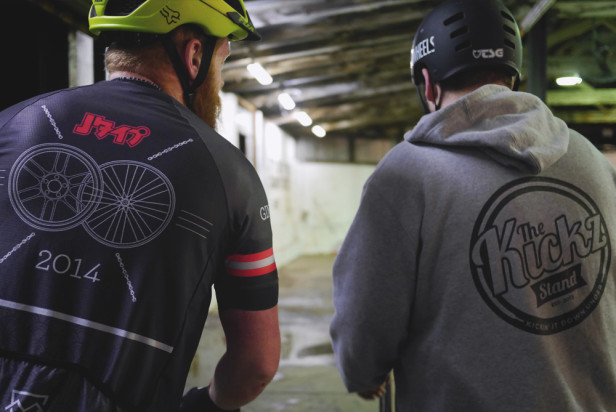 Russell getting ready to go, Andy was stop watch man for the night. 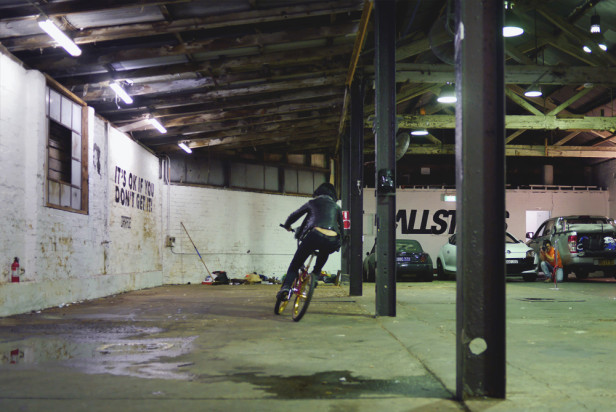 Jess attacking the slalom with much speed and style. 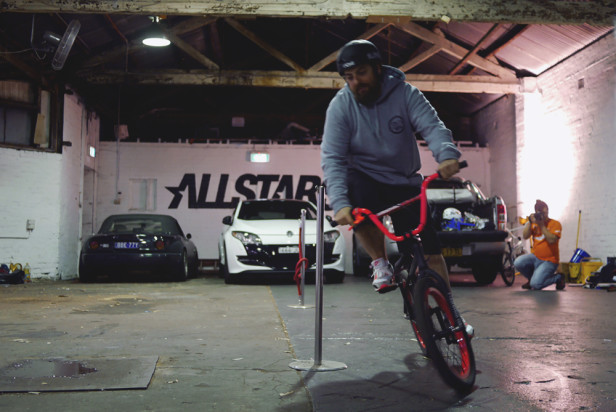 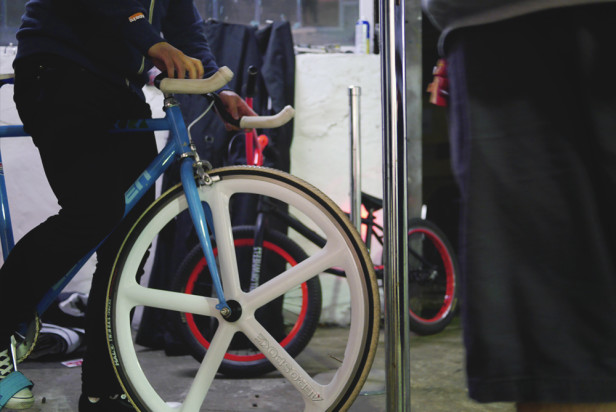 Melvin rode it fixed, strapped in too! 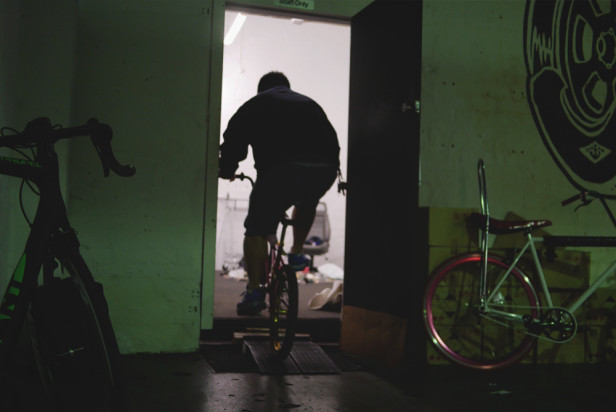 Kelvin entering the office, which had music pumping for the finish line. 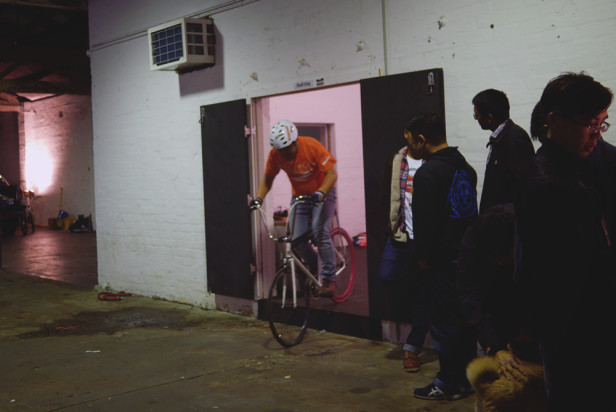 Keven on the funny bike! 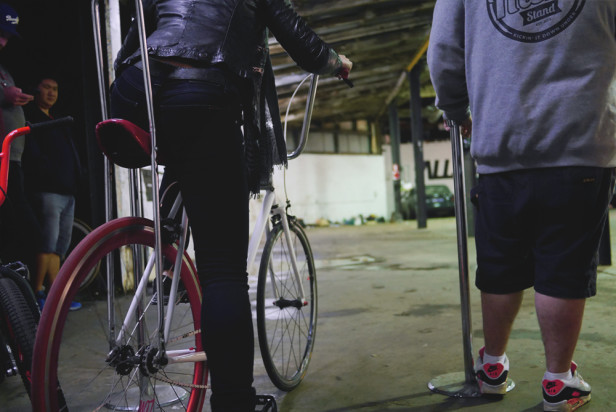 Jess about to do her run on the funny bike. 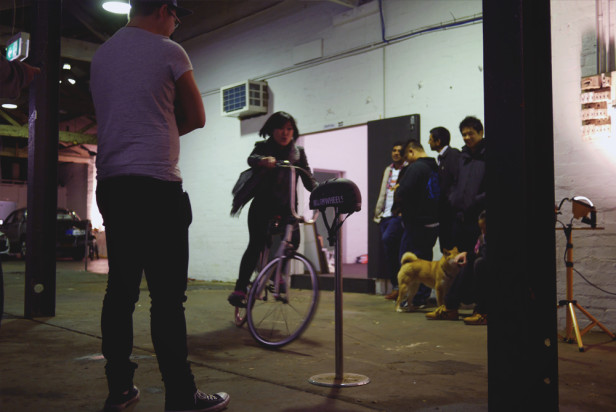 At the finish line! 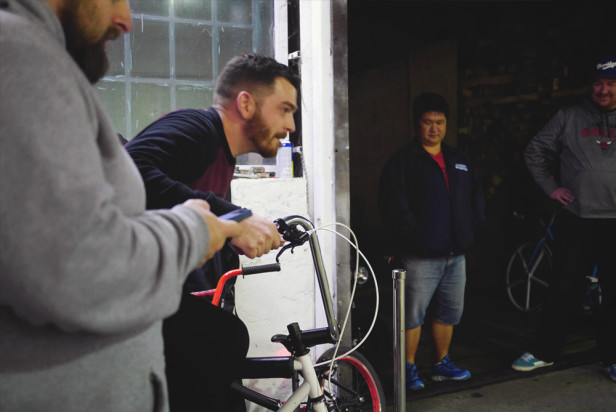 Having been disqualified in the last round for putting a foot down, and coming all the way from Melbourne for the night, Ryan wasn’t about to stuff up the funny bike challenge. 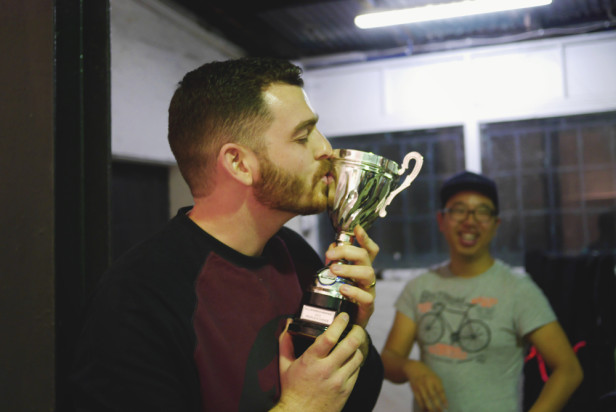 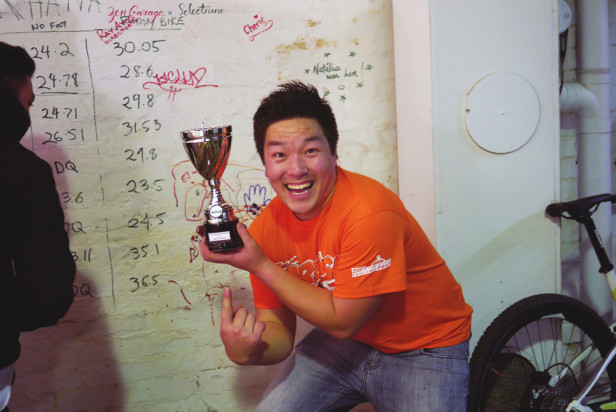 Keven took out the ‘no foot down’ run on his Yeti. 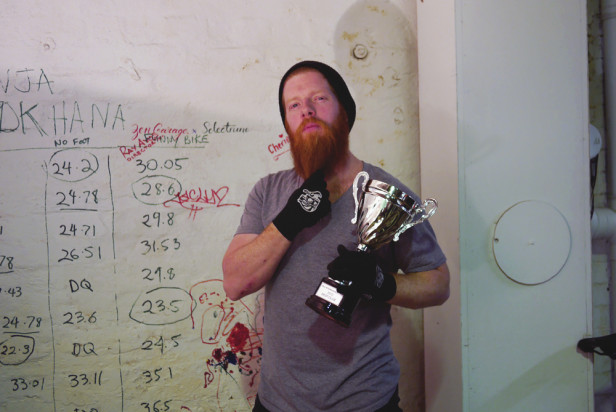 And Russell took out the funny bike race. 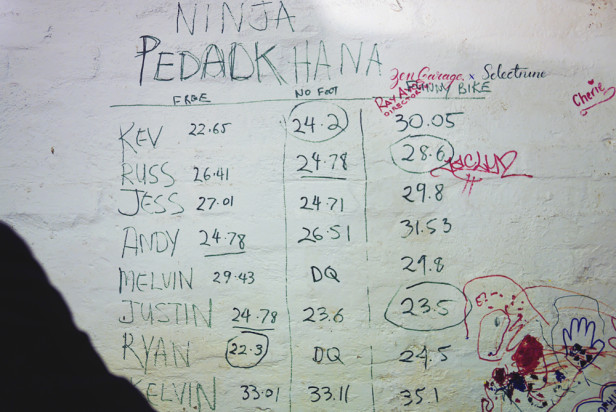 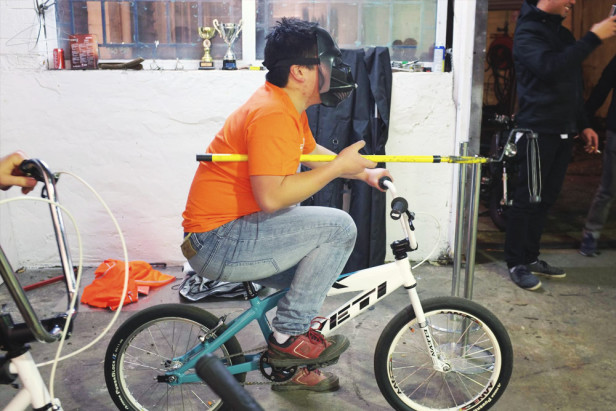 Later on in the night, a spot of Bike Jousting! 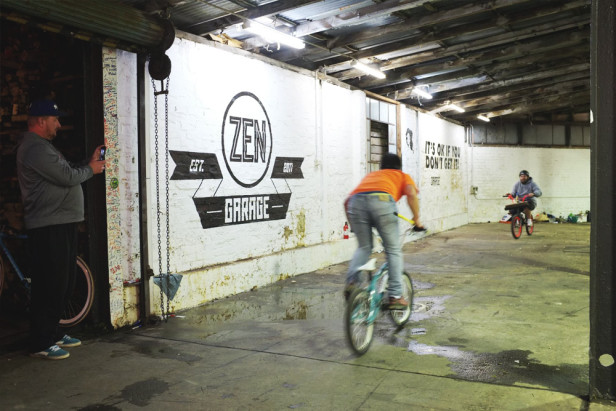 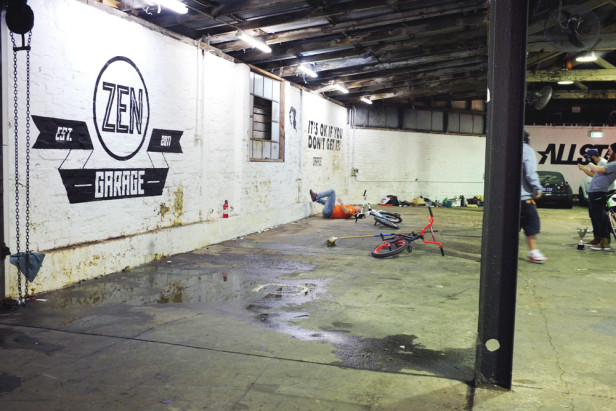 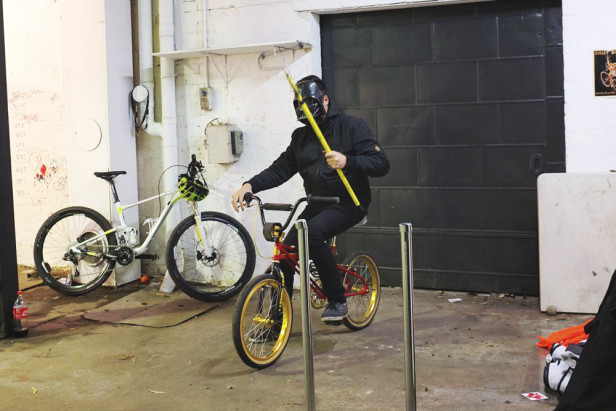 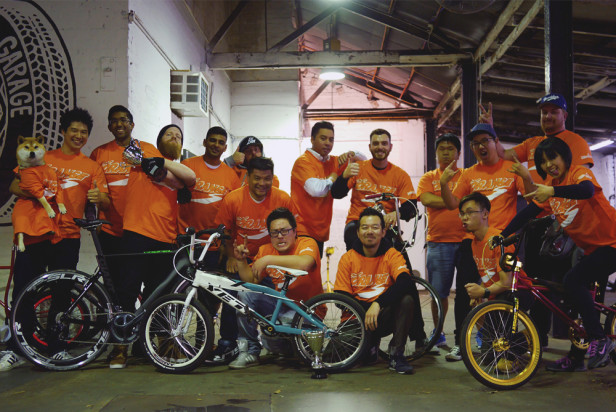 And just like last time, we took a group shot before wrapping up, this time in Team Orange T-Shirts thanks to World Time Attack Challenge!