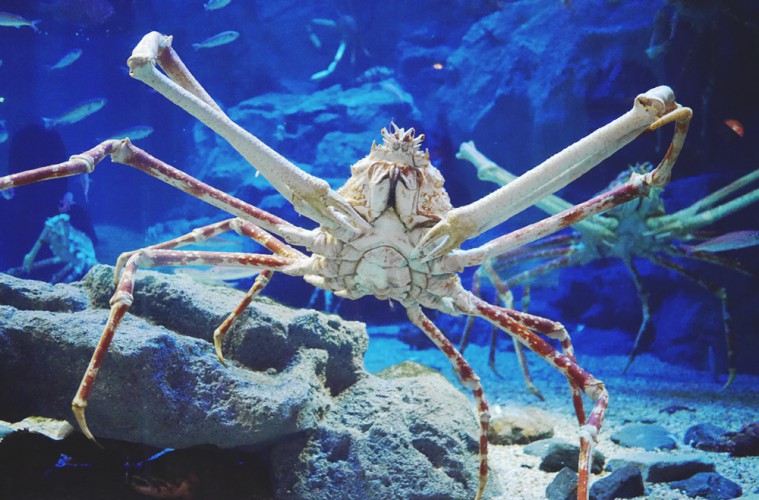 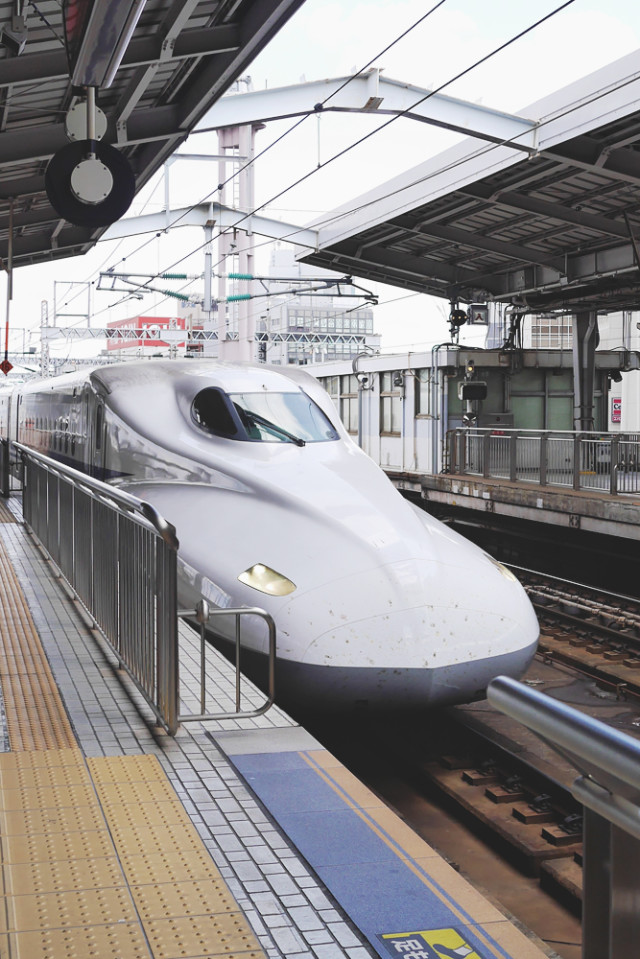 We’ve been winging everything, pretty much, and last night we decided to go to Osaka (with no plans!). We got up early and caught the Shinkansen with our JR passes. 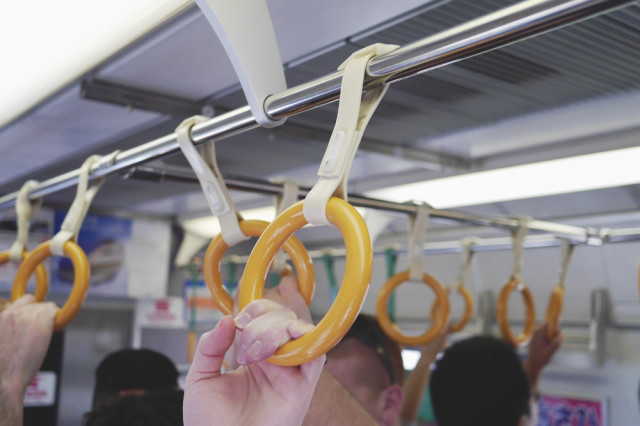 Hang Rings! We had to make many train transfers after catching the bullet train, and it got a little overwhelming, but hopping on one of the much older trains out in the burbs was fun. 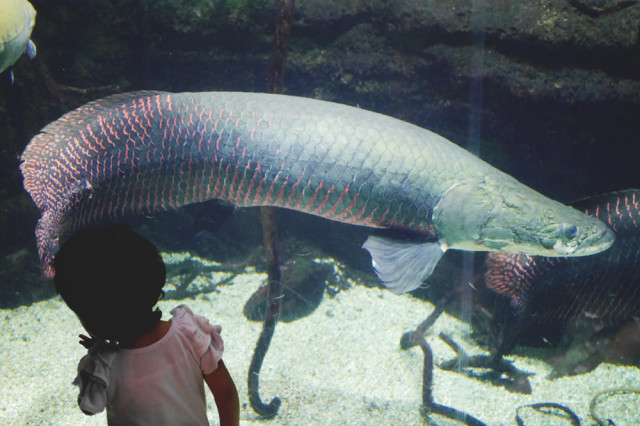 First stop; Osaka Aquarium. Check out this arapaima! I had a book on these jurassic fishes back in 2000 when I had a predator only tank. They used to get a LOT bigger than this once upon a time but even so, they’re still one of the largest freshwater fish in the world. Was great to see a few of them today, such an amazing fish. 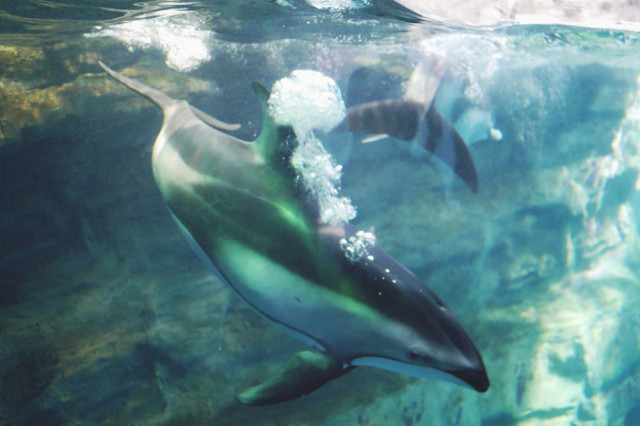 Dolphins! Great to see them swim and play from behind the glass as opposed to from above. 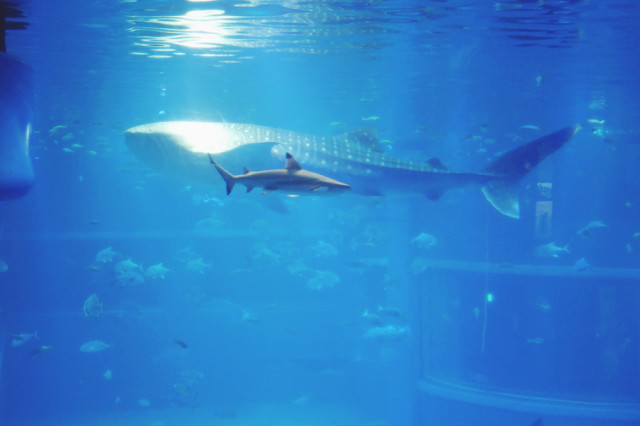 What we were really here for. A live whale shark in a tank?! For real? Yes for real! The largest fish in the world, but this guy was still pretty small (yet still very impressive!). 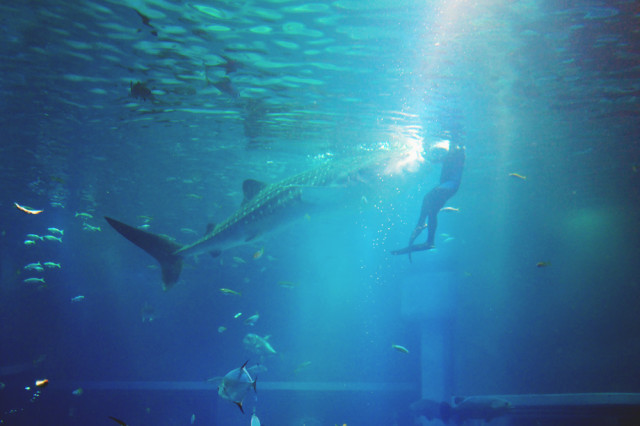 Luckily for us we got there on feeding time! Feeding fish is one of the most fun parts of owning fish in aquariums, and it was awesome to watch the diver hand feed the whale shark. 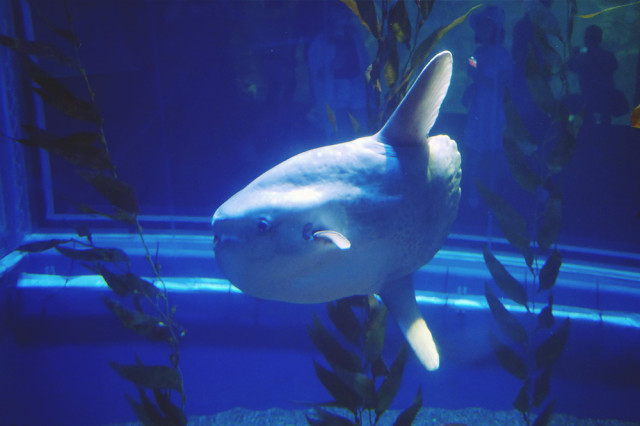 A sunfish! The heaviest bony fish in the world. Another first for me, never seen one of these either in real life, so awesome to watch it’s dorsal fins move. 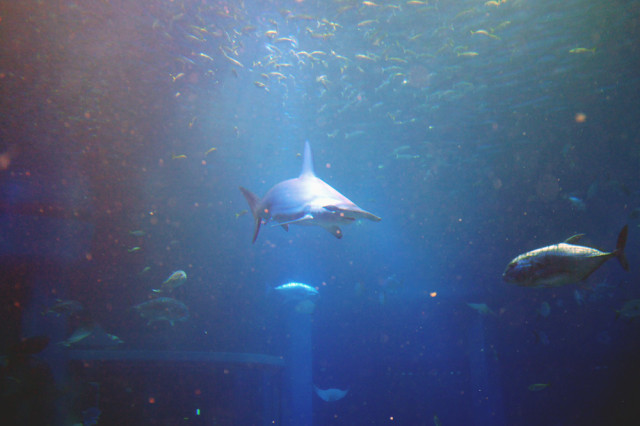 The big tank (ok, the HUGE tank) had a couple of big hammerheads in it too. Again, never seen one in real life. This aquarium just kept on delivering! 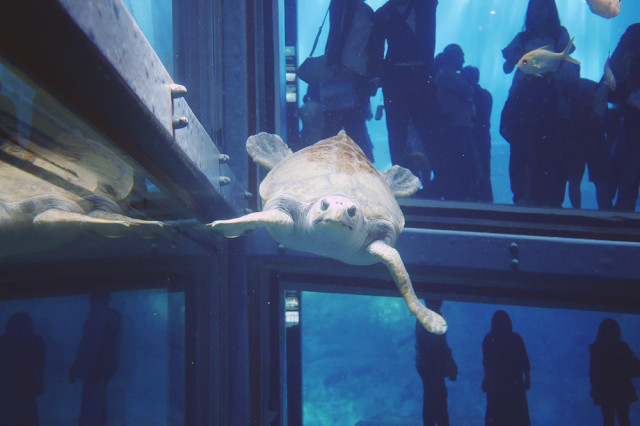 This turtle was pretty big too. 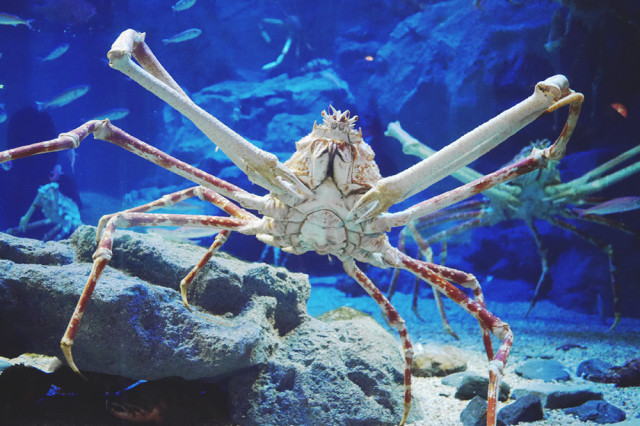 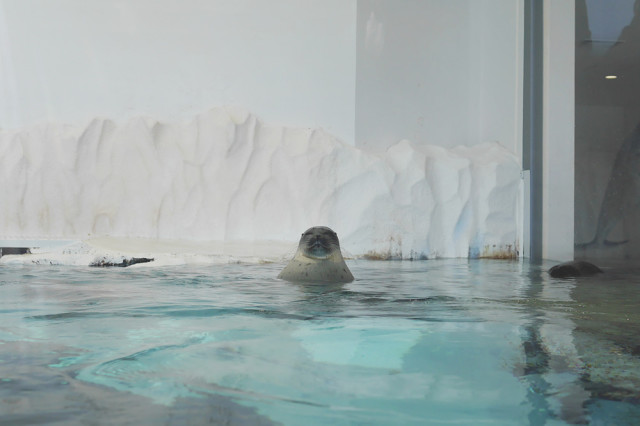 This seal was literally just chilling, smiling, squinting, and floating still like a buoy. 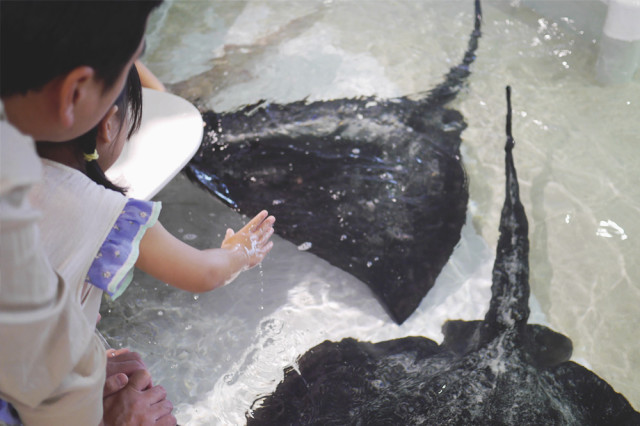 At the end there was a large tank full of rays and sharks that you could touch. Another new experience knocked off the list! 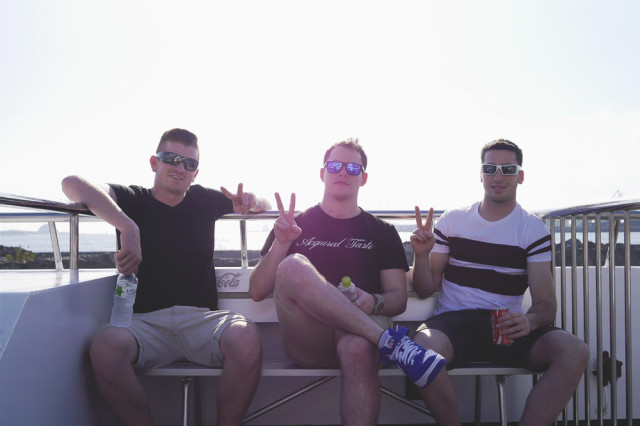 We then caught a shuttle boat from Osaka Aquarium to Universal Studios. 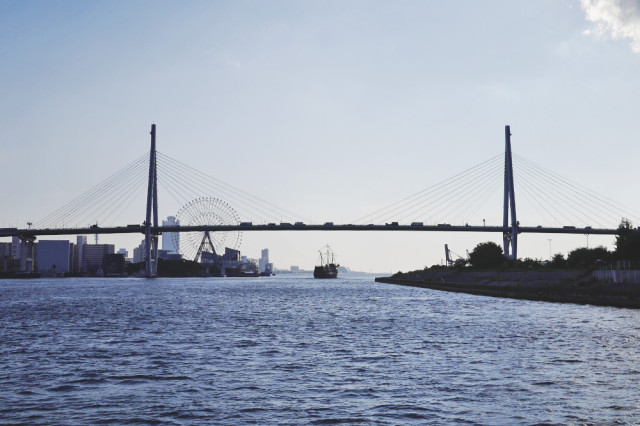 Boating across the port of Osaka, unfortunately with the Backstreet Boys playing from the speakers on top deck (might have had something to do with all the staff running the boat being female? Driver and all). 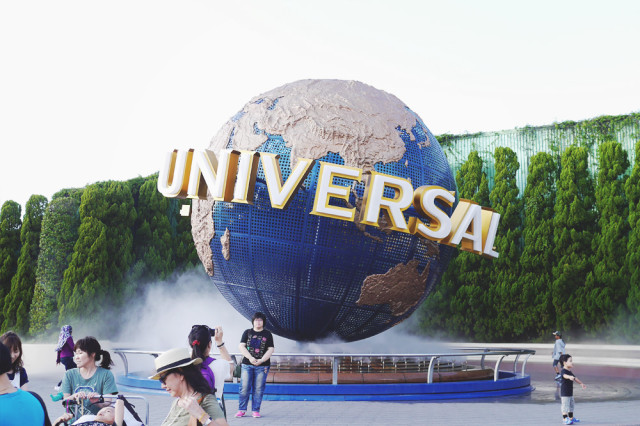 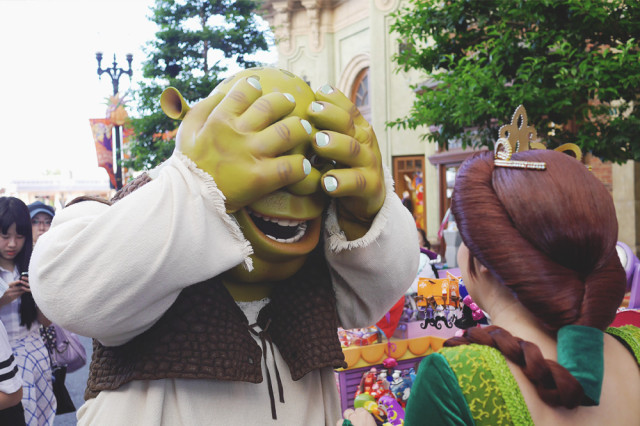 As soon as we got in, the boys were mobbed by young Japanese girls who wanted to take their picture with the group! 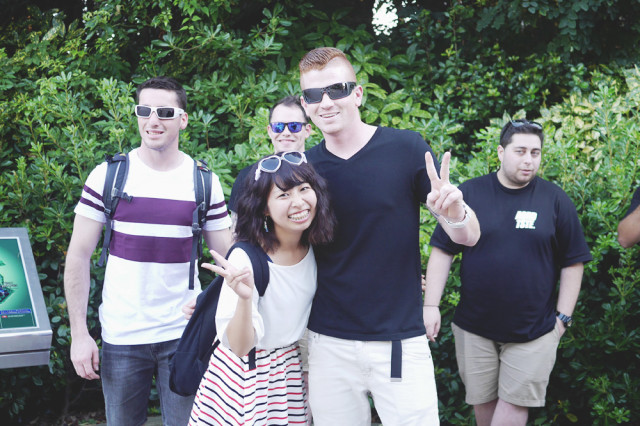 Matty was pretty popular with the girls. Maybe they thought he was Macklemore? Or perhaps Prince Harry?! 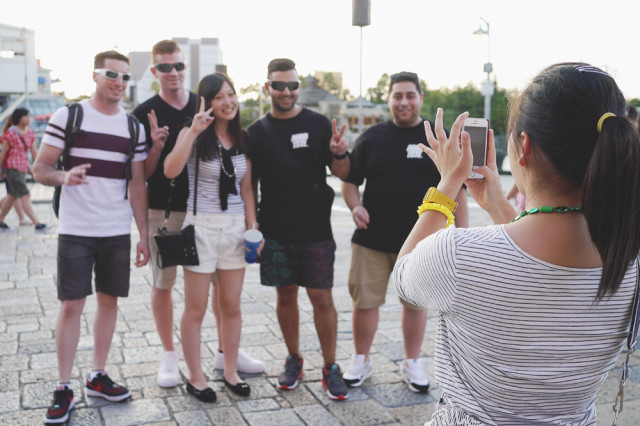 We had to be back at the station to catch the last train back at 7PM so rides were out of the question as the queues were all 90 minutes long. Instead the guys just kept walking around getting mobbed by girls who wanted to take their photos with them! 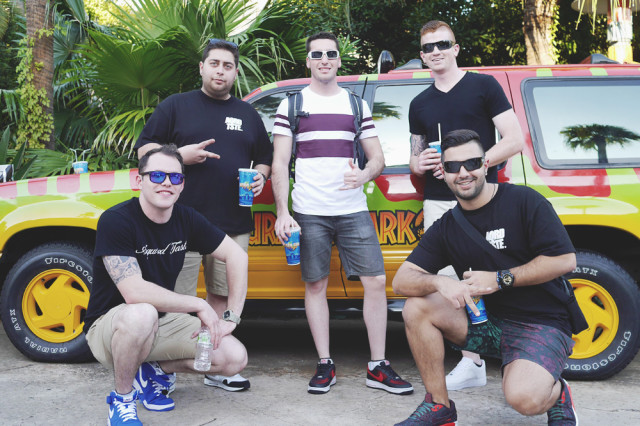 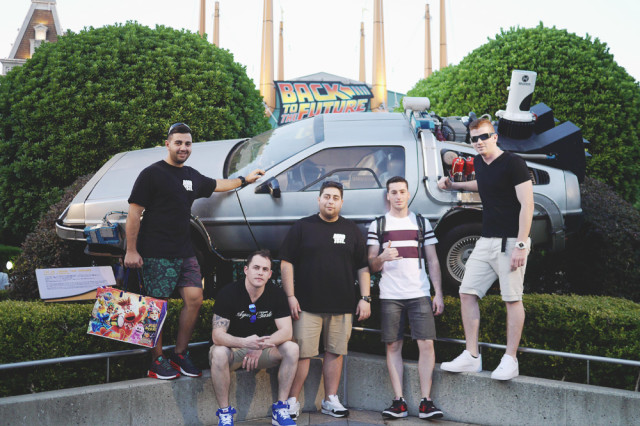 Back to the Future! We couldn’t get on the ride, but we did buy some goodies in the theme store. 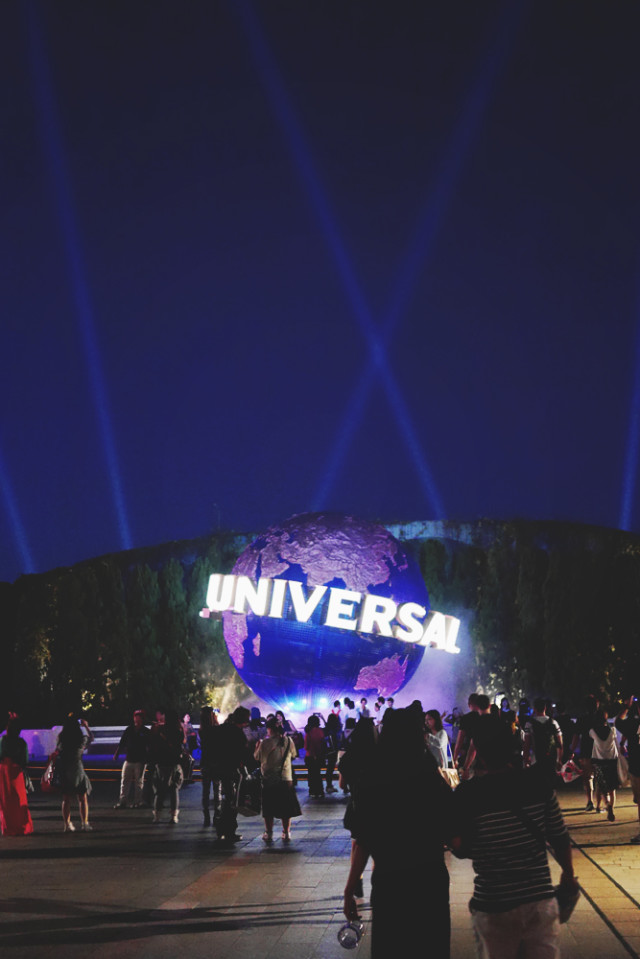 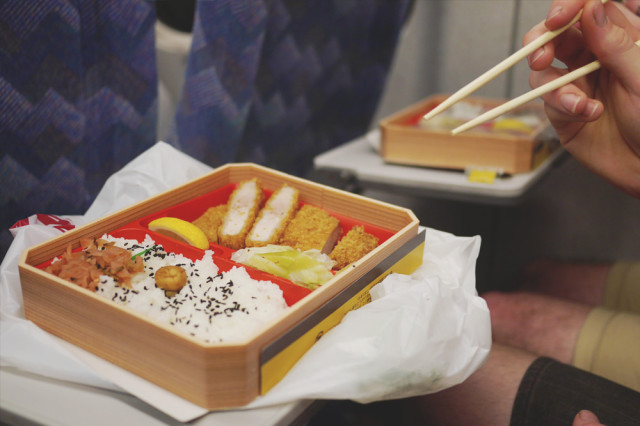 We had to rush back to the train, and grabbed a quick bite in the station to eat on the train. The 3hr ride to Osaka was great, the 3hr ride back home just destroyed us. 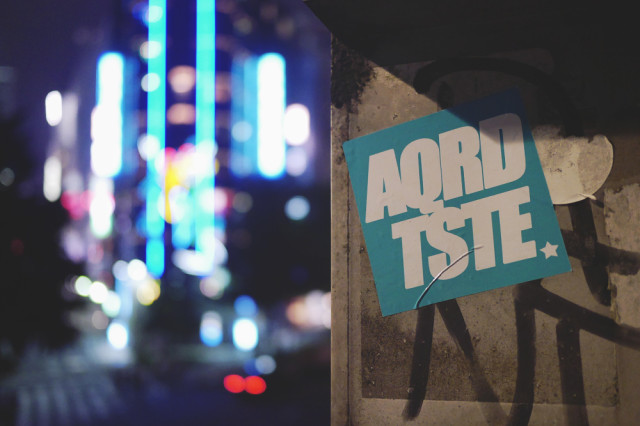 Tired, and sore (we’ve been doing a lot of walking!) it was great to finally be back at home in Shinjuku. Now for some rest. Tomorrow Alexi takes us on an epic tour of Japan’s workshops and car parts stores!