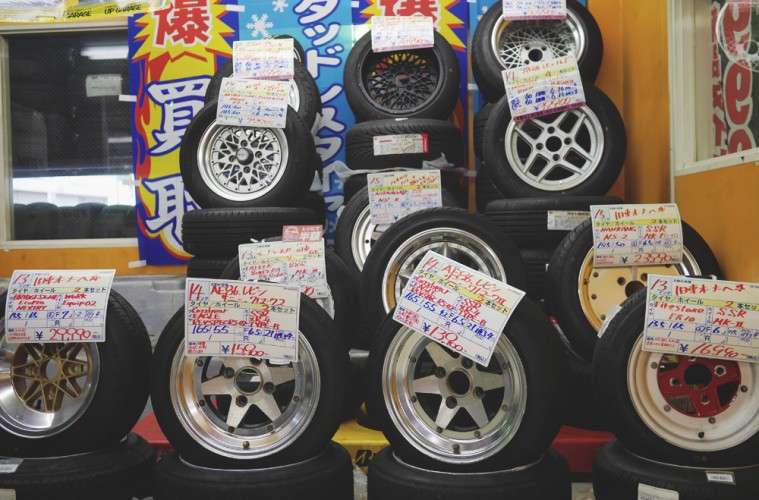 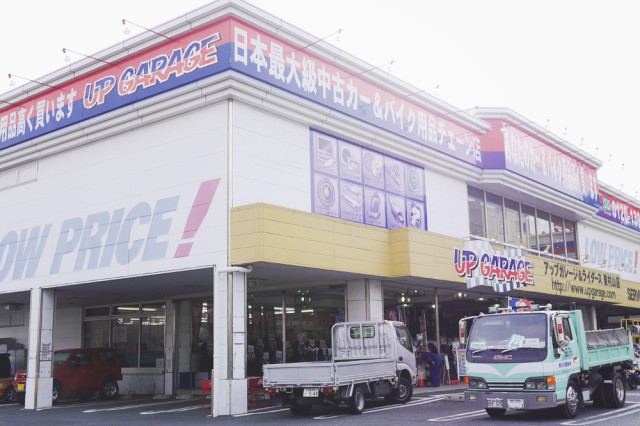 We’ve been doing SO much that Tokyo took a toll on us again today, and we slept in until lunch time, but we all managed to get out of bed and catch a train out to Kumagaya to check out the closest Up Garage (since they were shut yesterday). 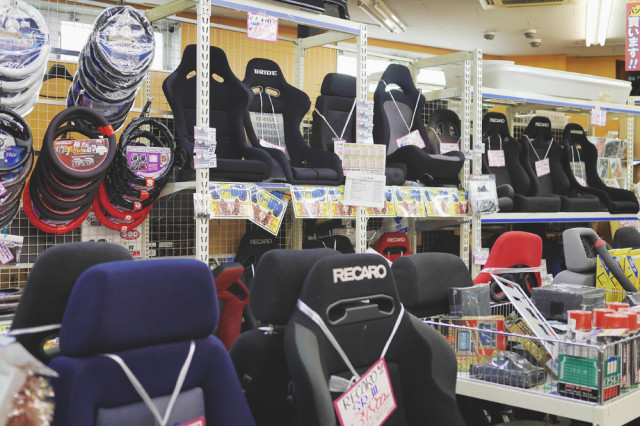 We got there without issues thanks to Alexi’s directions. A sleepy little suburb with a relaxed vibe. The shop instantly blew us all away. 80% second hand goods and some new stuff too. The seats were really well priced and had us all wishing we had something like this back home. 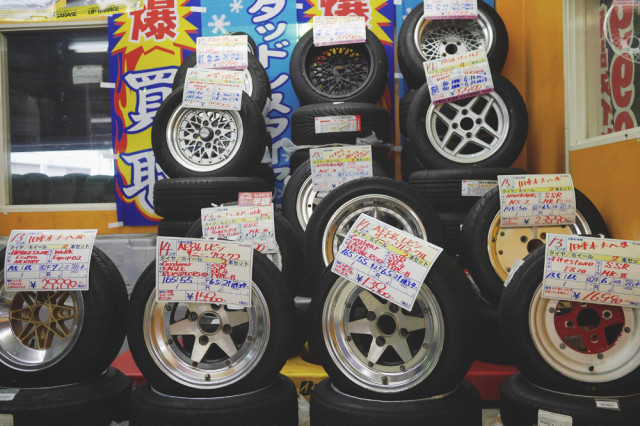 So many awesome wheels. All reasonably priced too! 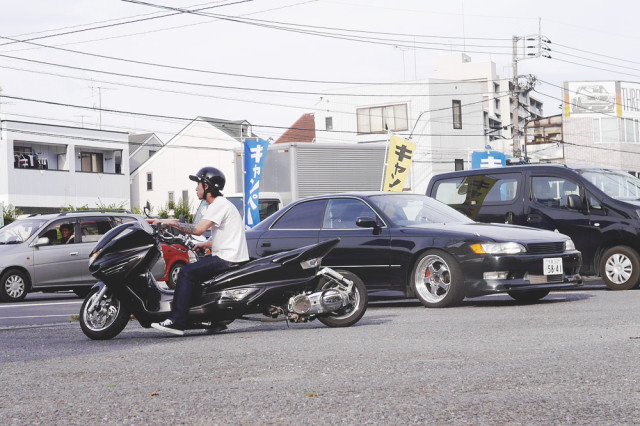 Spotted this guy leaving, what a stretch!!! 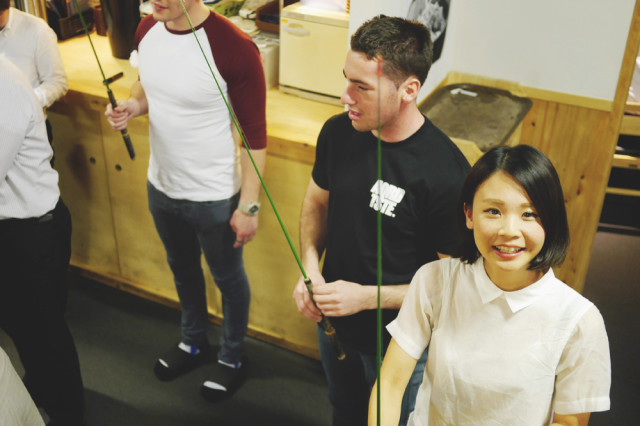 We got back in time for an epic dinner at Zauo in Shinjuku, a restaurant where you catch your own fish!!! We had a private booth, they serve a set menu (and the freshest most dark red tuna I’ve ever had), unlimited beer, sake and plum wine and when you’re tanked, you can go fishing! 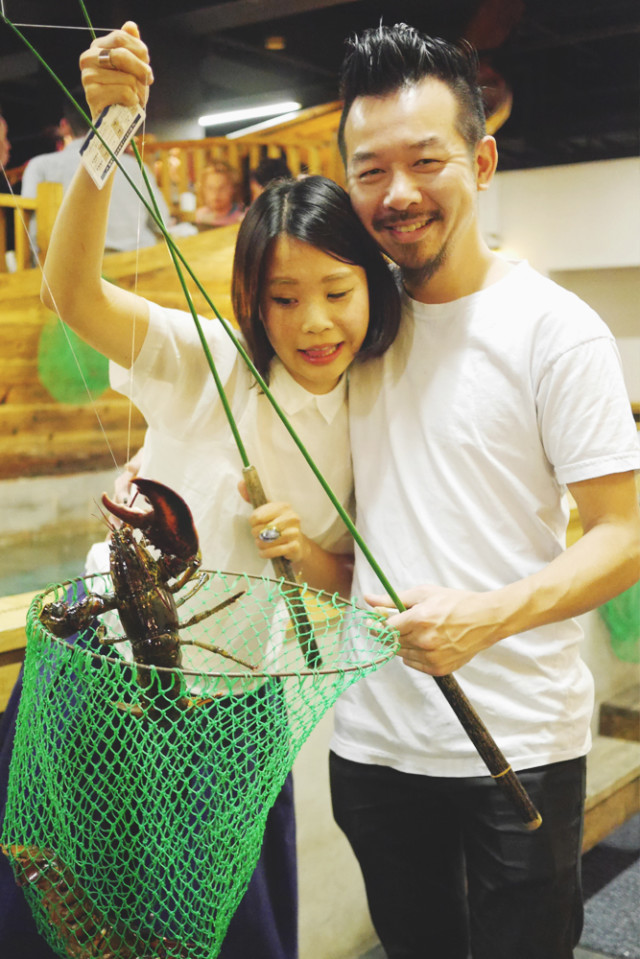 Mimi and I both caught crayfish! 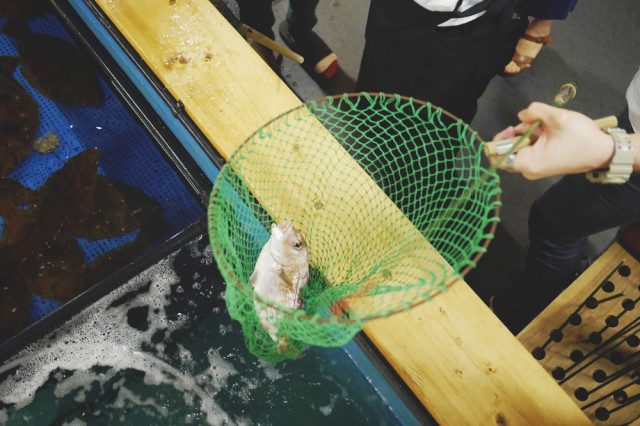 The boys did well with a couple of snapper and a flounder too! 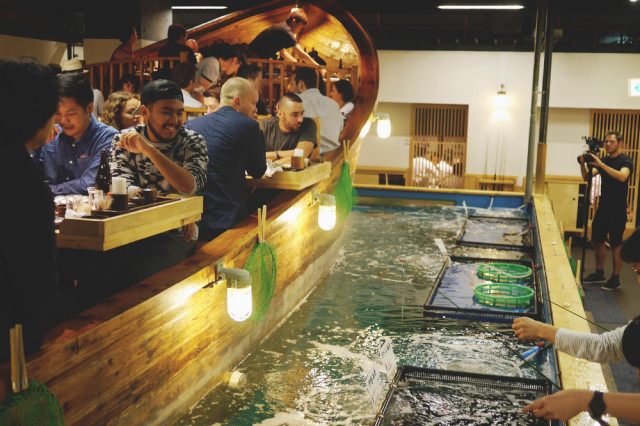 I’m on a boat. Such a mad concept, everyone in there was having a blast! 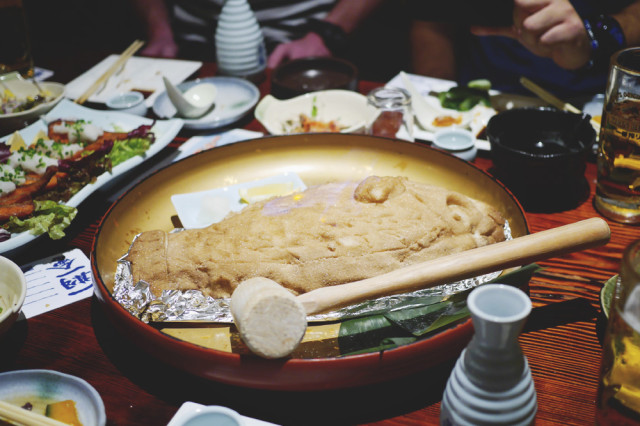 This snapper came out in a casing of hard salt, which you lit, then broke with a hammer to eat the fish inside. Absolutely delish! 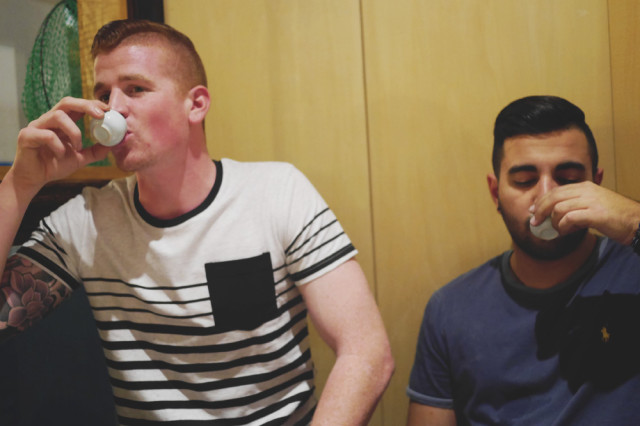 Sake shots for the 2 guys who failed to catch anything, haha! 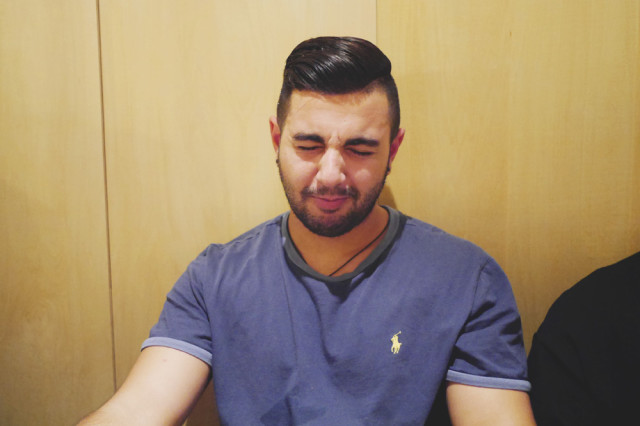 I told Angelo the eye was the best bit (I lied), so he ate it. I rewarded him with letting him eat the cheek though, which is the best bit! 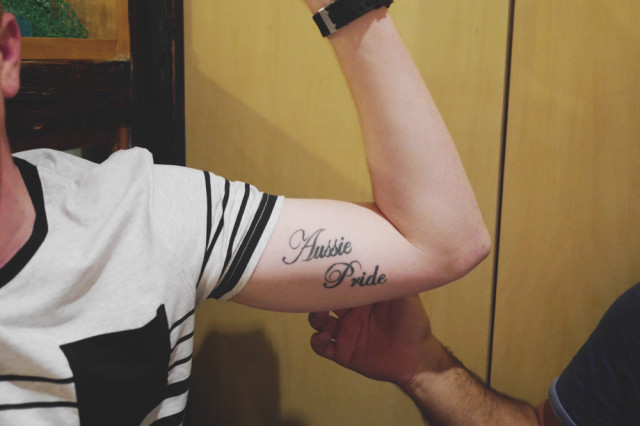 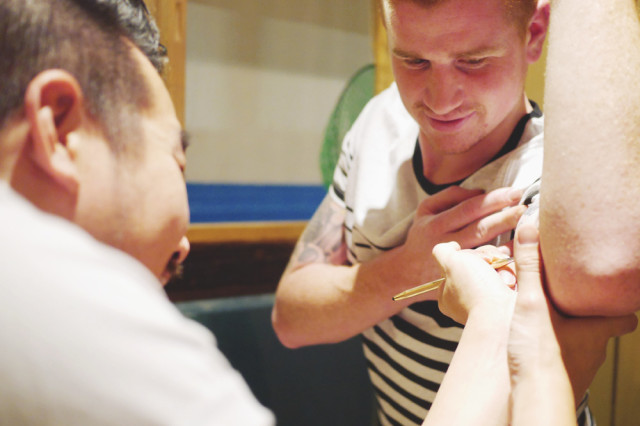 I thought I’d fix it. 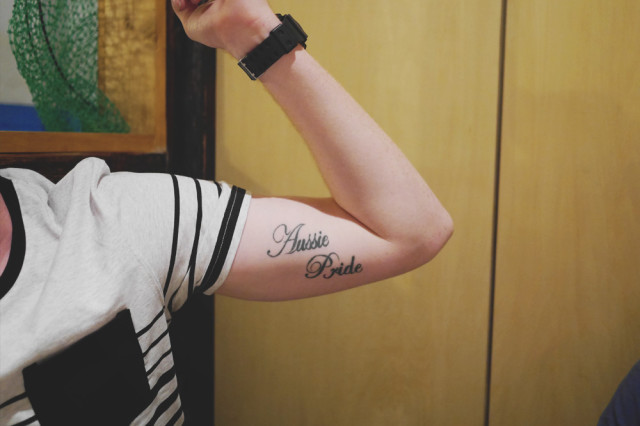 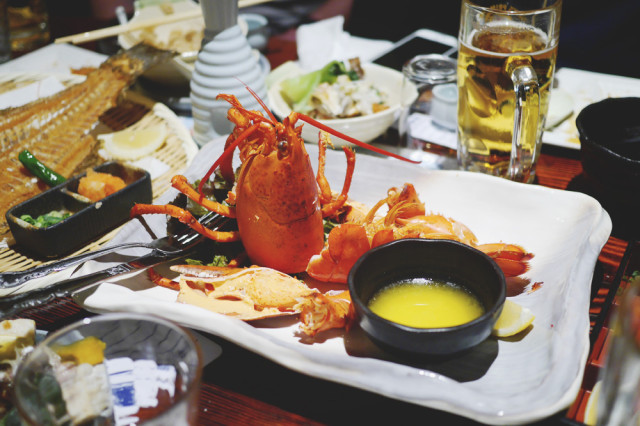 Crayfish was unreal! Such a mad night, what a great concept, and such great company! A trip to the Golden Gai (again) will see us in bad shape tomorrow morning, but hey… YOLO!!!