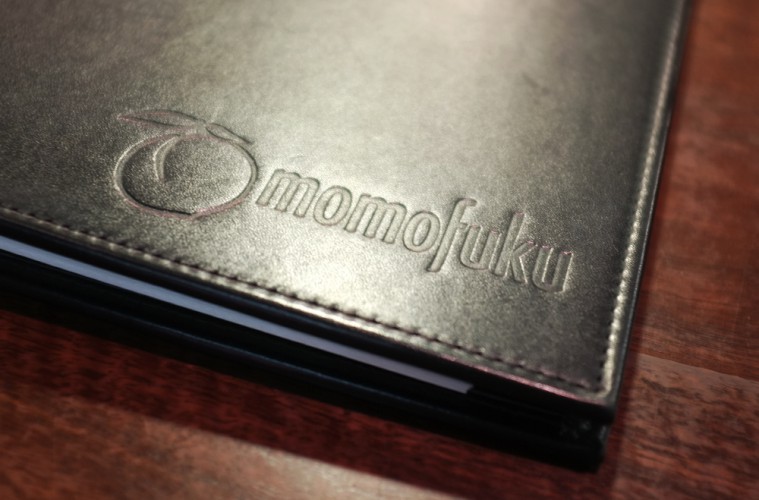 I wanted to dress up a bit and hit up some good food and drink before slumming it around South East Asia so I dragged Justin out with me to momofuku for one last hurrah. I’d been to the bar for snacks but never actually managed to get a reservation for the dine-in degustation so had always wanted to go back (the online booking system and old booking policy probably had something to do with that but it was a lot easier this time ’round, being able to book more than 9 days in advance). 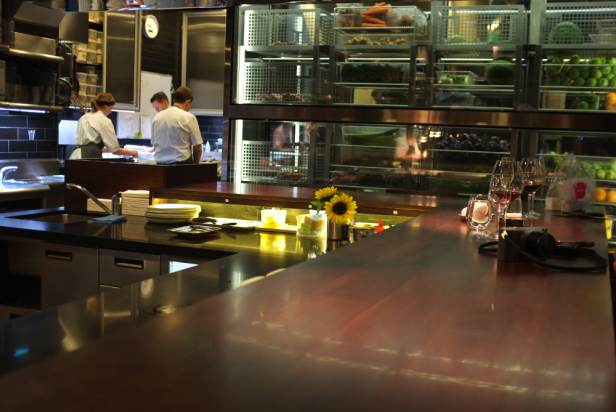 We went all out and each pulled the trigger on the beverage pairing which had us absolutely slaughtered by the end given it was a ten course meal with sake, white, red and a pedro ximinéz all thrown into the mix. This did, indeed, make for fun times and comes highly recommended by yours truly. Aside from doing a great job at putting us in a jovial mood, the matching was actually pretty good and we were very well looked after by young gun, Ambrose Chiang, who is only 22 but already making a mark in the industry. The youngins have totally been killing the scene back home in Sydney over the last few years with the likes of the chefs at joints like ester, Mr Wong and Nomad to name a few; which has been super exciting and game changing in terms of the way good food is enjoyed these days (more casual, less stuffy). 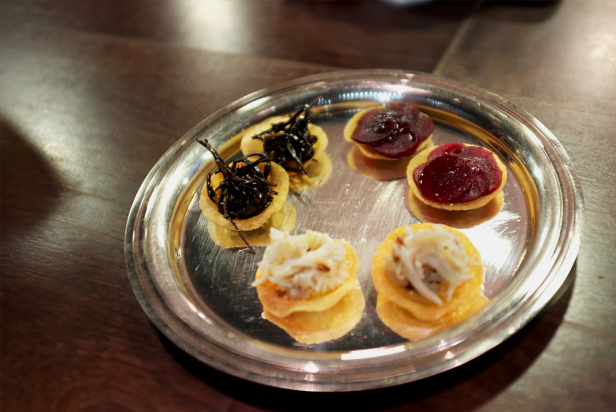 We started the meal with some ‘snacks’ – carrot, seaweed; beetroot, black garlic and; crab, chickpea. 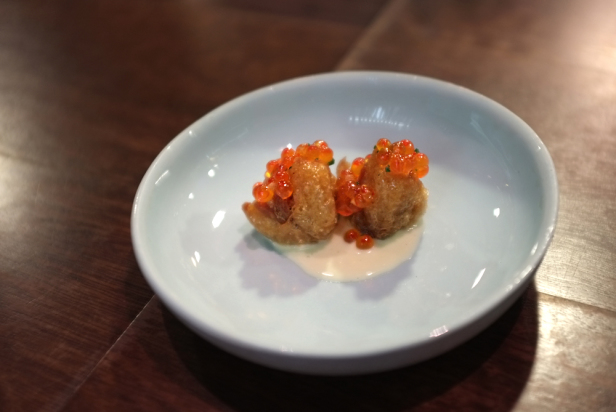 Followed by parson’s nose (or duck butts) with Crème fraîche and roe. 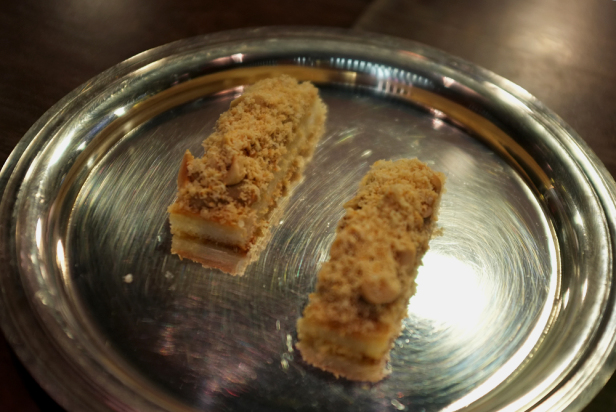 Next were the mushroom and hazelnut soldiers. 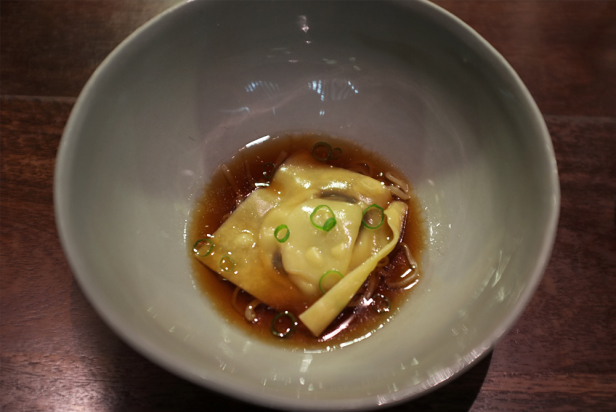 Then it was the scallop wonton in smoked duck broth with truffle. This was preeet-ty good! We dined in on the last sitting of the night so got to watch the chefs prepare for the next day’s service. Part of the prep, was putting on a huge pot of this broth, which had the place smelling amazing. 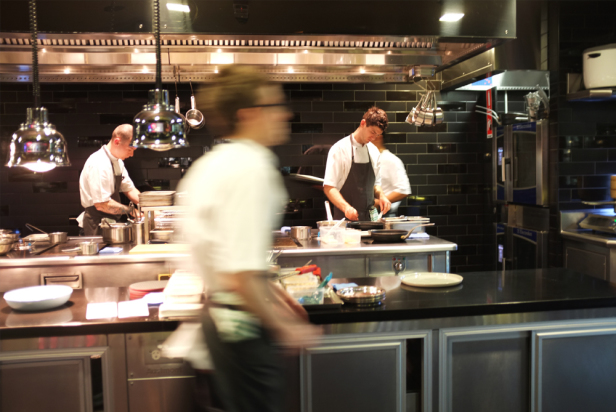 We lucked out and were seated at the best spot on the chef’s table which meant we got to witness all the magic as it happened in the kitchen. I’m so glad we didn’t end up with a dud spot at one of the regular tables! #chefsbecheffin’ 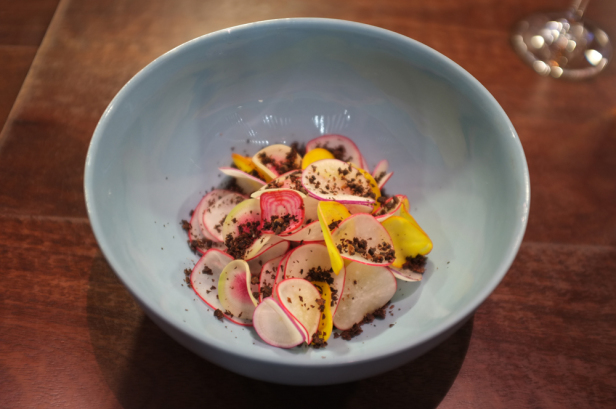 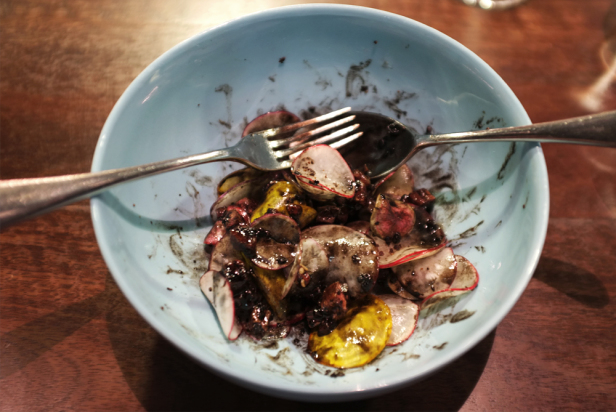 But as pretty as it was, I liked it better after having fun mixing it all up. My spoon and fork – weapons of mass destruction, yo! 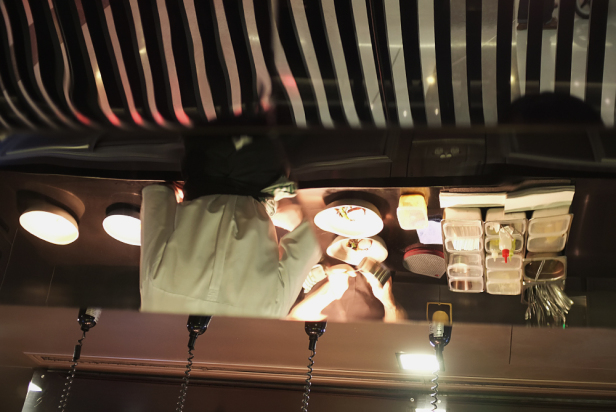 The space and fit out nails the basic principles of simplicity and minimalism with a bachelor-pad feel, but what I particularly liked was the clever way it played with mirrors. If you looked up from where we were sitting, you could see a reflection of the goings on of the plating station. Definitely nowhere to hide in this kitchen! If a stray pube somehow makes it into any of your dishes, you can be sure it didn’t happen in the main prep area… because you would have seen it. 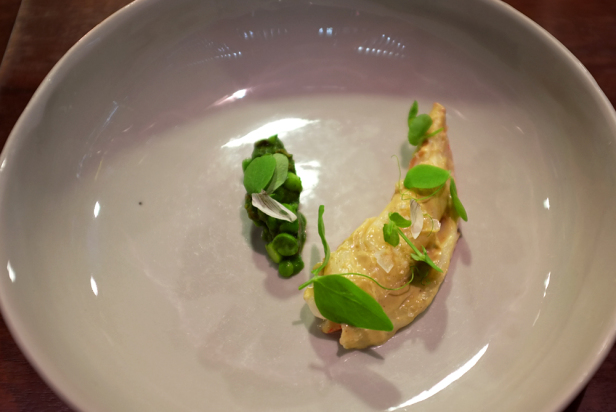 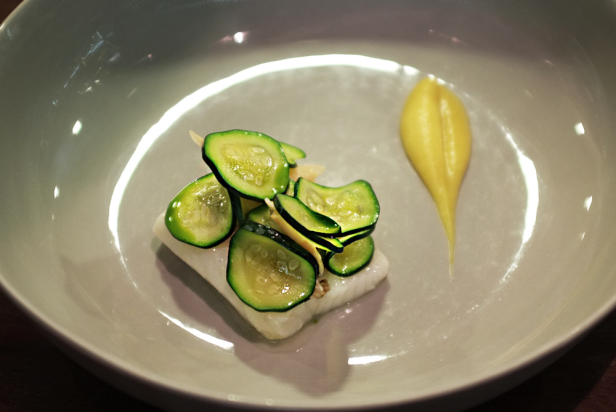 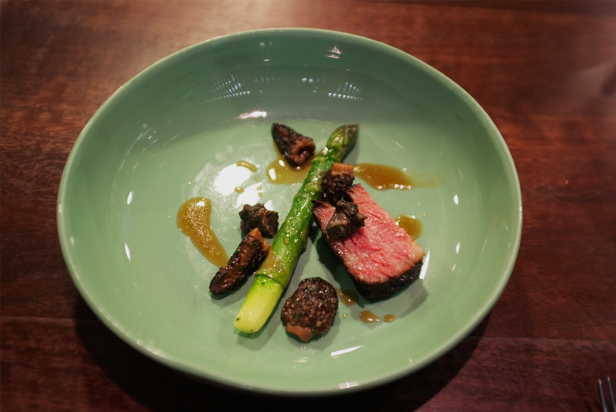 Shortrib, asparagus, snails and morels. Winning dish of the night! Check out the marbling – as if that wasn’t enough, it came out on the plate after a deep fry.  So decadent but sooooo good! The snails and morels which accompanied the dish were amazing and tasty in their own right, too. 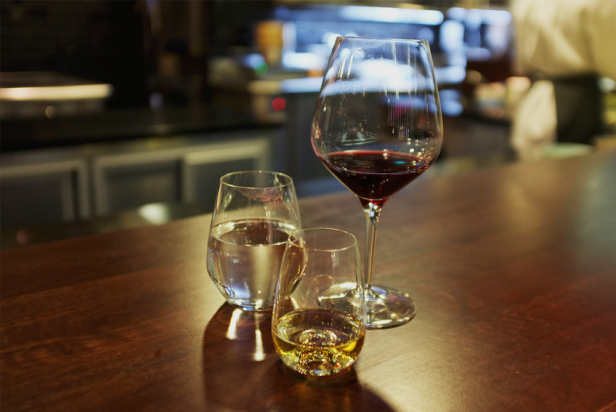 I think this is the point at which I started falling behind with my drinks. Whoops! Ha! 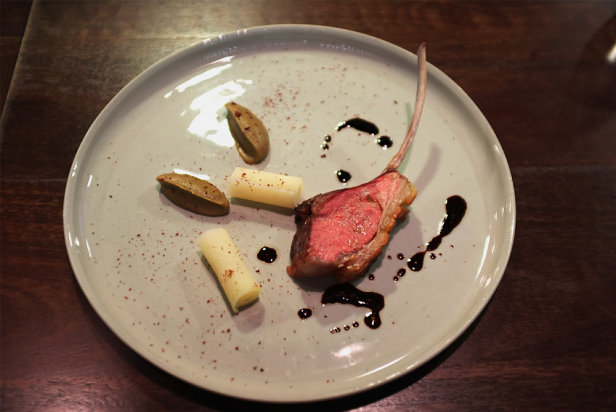 Lamb, kohlrabi and eggplant. When I queried what kohlrabi was, the team happily explained. 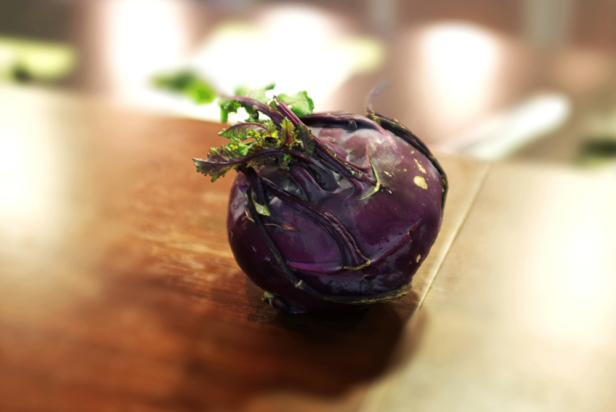 Even fetching one out from the back for demonstrative purposes! A turnip related to cabbage, broccoli, cauliflower, kale, collard greens, and Brussels sprouts. It can be eaten raw, however, it can not be bitten into like an apple. I know. 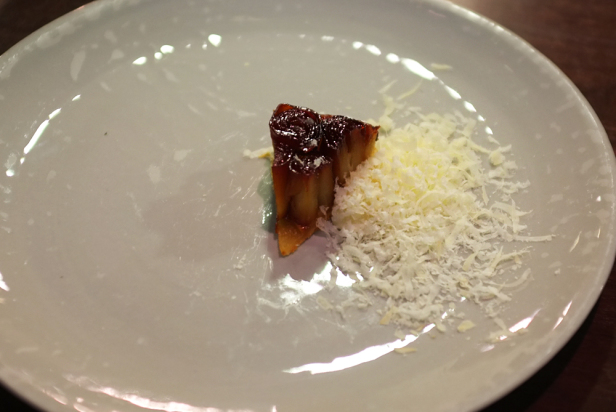 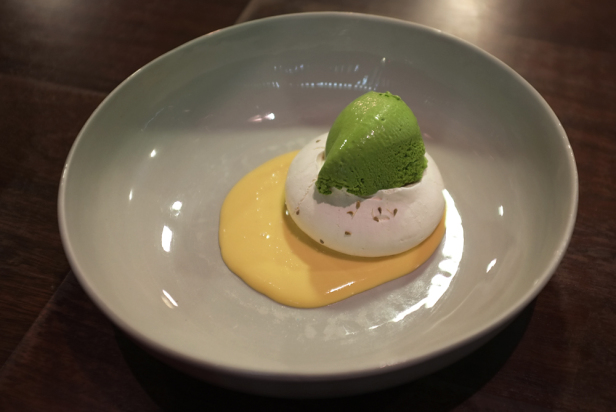 And the first of the desserts was an anise meringue accompanied by corn custard and chervil ice cream. Yes! Chervil, as in that green herby stuff reminiscent of parsley. Refreshing!

The final dish which I sadly don’t have a picture of (whoops, was probably too pissed to take a decent shot at this point) was the artichoke, pear and sunflower. I noticed the sunflowers at the counter (pictured in this post’s first photo #becausebitchesloveflowers) early on in the night and had my curiosity sated when the dessert of artichoke, pear and sunflower came out – thin slices of pear adorably arranged into a flower with sprinkles of sunflower seeds and petals on top. 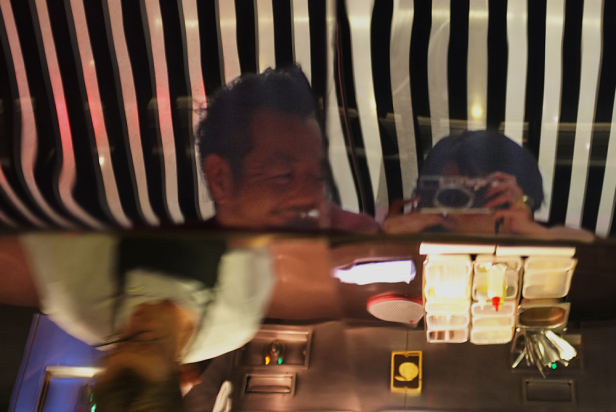 In lieu of a pic of the final dessert, here’s a blurry and grainy GPOY of J and I hanging out with one of the chefs in the mirror. Send them pics to my phone…