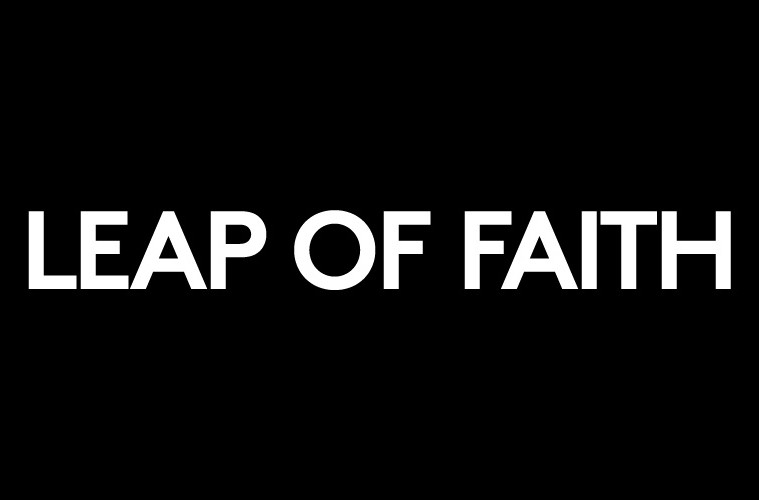 Taking the Leap of Faith

Firstly, before I do anything, I’d like to thank Jessica Ta for the inspiration, and more importantly for the confidence to take the leap. Reading her article about quitting her job and following her dreams has ignited a dormant inferno inside of me. No matter how much I told myself that it’s unrealistic, and unachievable, the fire inside never died down. In fact, it only got stronger. The idea to take the leap has always been in the back of my mind, whispering, however, when I read her article, that whisper quickly turned into shouting and I couldn’t ignore myself any longer. Her article was just enough to tip me over the edge, and send me diving towards my dream without looking back. So, ultimately, what is my dream? My dream is to race.

I’ve had a thing for motorsports since I can even remember. However, for me it’s always been an unrealistic dream and I’m sure I’m not the only person who wants to get into racing that’s thought that. Racing is for the elite. Racing requires money, skill, and more money. And that’s where racing has me beat, as I’m sure it has many other people. I have no doubt in my skills, however money has always been an issue. To truly understand where I’m coming from, I’ll have to tell my story. It’s long enough to put a novel to shame, so I promise I’ll make it super concise.

My parents arrived to Australia when I was 4 with practically nothing. They came with hopes of giving their kids a chance in a country with more opportunities. After a few years, they bought a house, and we managed to settle down somewhat comfortably. Through my life I’ve wanted to be many things, ranging from a palaeontologist, to a teacher, however; through all my different phases, racing stayed in the back of my mind throughout it all. Racing games managed to keep me at bay for a while, however, when I was 12, I asked my parents the question. Can you buy me a go-kart? I was answered with a no, and a stern talking to. They told me to be realistic, get an education, finish university and choose a career. Not follow dreams I’ll never be able to live. I definitely don’t think they’re wrong.

I asked the question over and over again while I was 13, 14 and lastly 15. Mind you I was very persistent, however the answer was always no. By the time I was 16 I grew a wider perspective of things and was able to see everything that was going on around me. I realised that my parents weren’t saying no because they wanted to, they were saying no because they couldn’t give me what I wanted. It was at that moment I realised I was being selfish. It was at that moment, I learnt that life is unfair. Some people are just born into a world where everything is easily accessible and have opportunities handed to them. Although they could never buy me a go kart, they bought me the closest thing they could to it, games. Looking back now, I was definitely not as appreciative as I should have been, and it hurts. I think it also hurt them and the fact they couldn’t make their child’s dream a reality. So I shut up about it, never to talk about it again.

I finished high school, started university. Bought a car (mx5) with plans to track it occasionally, all the while my passion for racing was bottling up on the inside. I joined Iracing (it’s awesome, check it out) as a way to relieve some racing stress inside of me. And that’s where I am now, 2nd year of university, studying journalism, with absolutely no more motivation. Unable to go forward.

Reading Jessica Ta’s article made me wish I could do what she’s doing, so one night I spoke to a friend of mine outside of McDonalds at 4am and decided. Instead of wishing, I’ve decided to make it a reality. Sure, I might be a little late to make a career out of it at 18, however I have no doubt in myself that I can make it. Since I believe I’m too old to get into karting, I’ve decided to jump right in the deep end, and try lease out a formula ford for a season, and do my best to take out a state championship in any state where the leasing company resides. It’s a tough ask to take out a state championship in my first year given my lack of experience, but for some reason I think I can do it. It’s got nothing to do with being smug, or underestimating the competition. I just plain and simply feel it in my heart. I feel as if, I just HAVE to do it, and I CAN do it.

I don’t care if I have to work 2 jobs and save every single cent just to be able to pay for a race, I’ll do it. This is simply just the first step. I’ve yet to secure a drive, and I’m yet to set anything into motion, however, my resolve will not waver, and I will make my dreams a reality. I’ve sent emails to teams in Victoria and South Australia (I live in Queensland), asking for information. Whether or not this is actually going to come true, I don’t know. I believe I’ve got less than a 0.5% chance of doing so. However, I just wouldn’t be able to live with myself without knowing if I could have done it or not. Life is meant to be lived, and I sure as hell wouldn’t want to live my life doing something I don’t love. But I guess that’s why it’s called a dream.

I hope I can continue my progress and report it for Zen, so I not only can I see my own progress, but I can inspire all you fine individuals to follow your dreams, just like Jessica has inspired me. They say it’s never too late, so it’s time to put that to the test.

I haven’t told my parents my plans yet, however, I’m sure they will see this when it’s published. What I’d like to say is… Surprise! Can’t wait to talk at home. *nervousness sets in* I guess this is all part of taking the leap of faith.