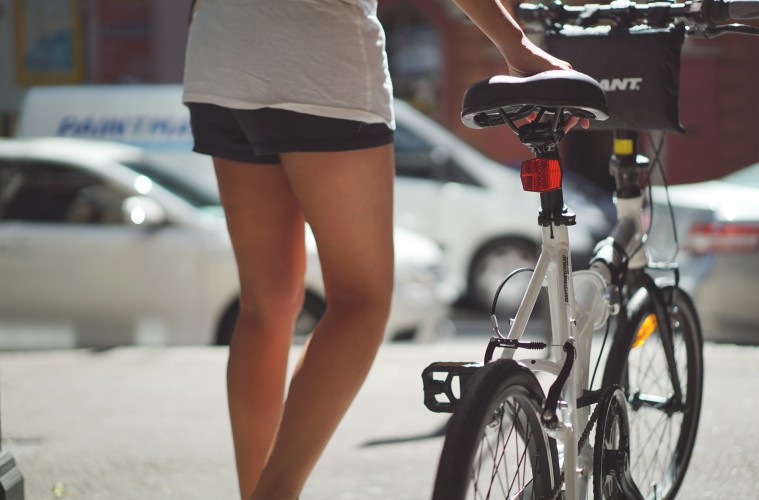 Today I helped a good friend and amazing artist Nanami Cowdroy to buy a bike. Nanami’s owned a mountain bike for as long as I’ve known her. It’s never had a home in her city apartment. Wherever it moves to, it’s always in the way. She’s never once taken it out for a ride as far as I can remember, mainly because it’s too big and heavy to drag up the stairs (she lives on the top floor of her apartment building) and she’s just got not much confidence riding it either.

Quite a few months back she mentioned a folding bike and soon after that Nanami dragged me to a Japanese budget store to check one out. It had wheels the size of a plate, made out of steel and just nasty all round. We dropped in to Giant Sydney and we were both impressed with the folding bike on offer. The whole idea of getting a folding bike died off for a while until today where we went in to close the deal.

Good thing Giant Sydney had the new 2015 Giant Expressway 2 in stock (we were looking at the older model previously). In comparison to the other rubish bike Nana was looking at a while back this bike has much bigger wheels, wider bars and it’s much easier to ride than the wobbly Strida folding bike I used to own.

Nanami’s happy. I’m happy. Whether she rides it or not she’s winning as getting rid of her old mountain bike will free up apartment space, and if she’s not using this bike it’ll fold up and hide in her wardrobe quite nicely! 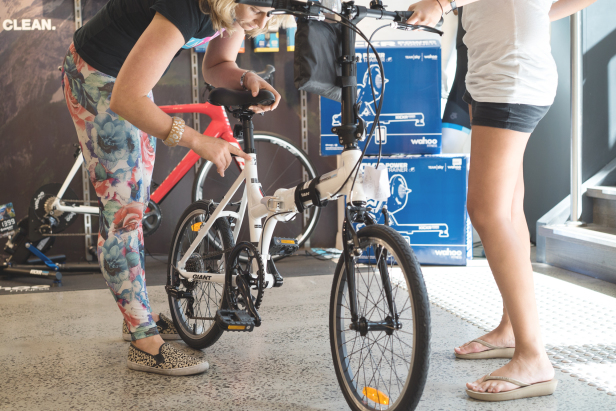 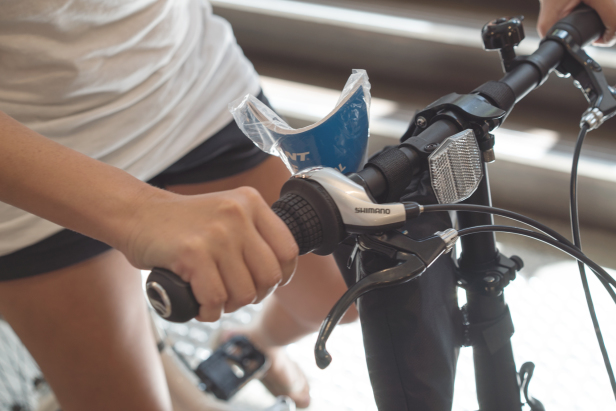 Since Nanami’s confidence on the bike is down, she’ll just start with the seat height a little lower than usual. 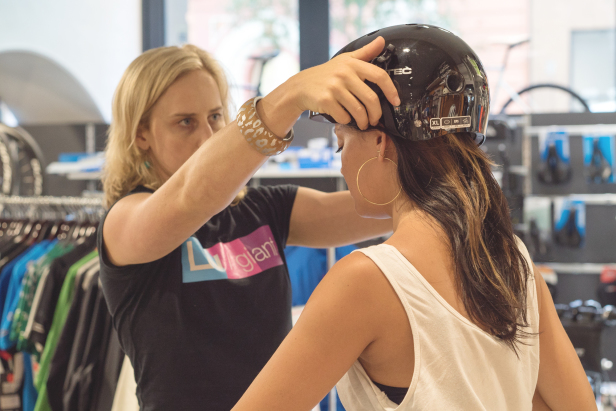 Helmet fitting. As always, anything Nanami buys has to be either black, or white. 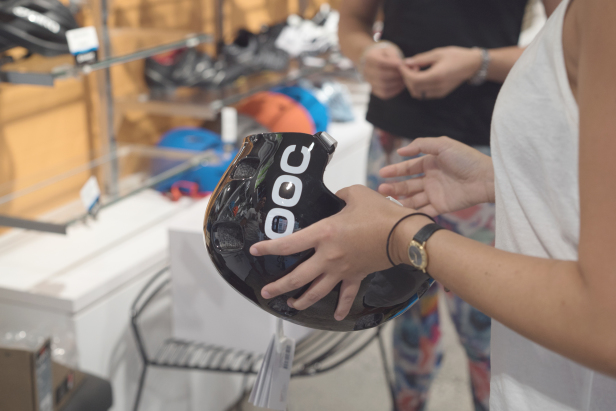 A few more dollars buys you a much better product. This POC helmet had a similar style to, but was way lighter than the skate helmets. 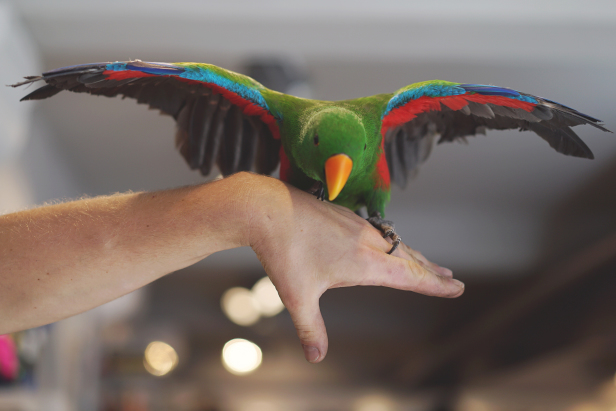 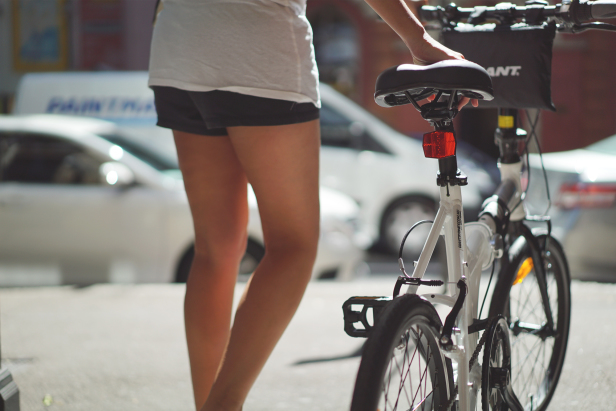 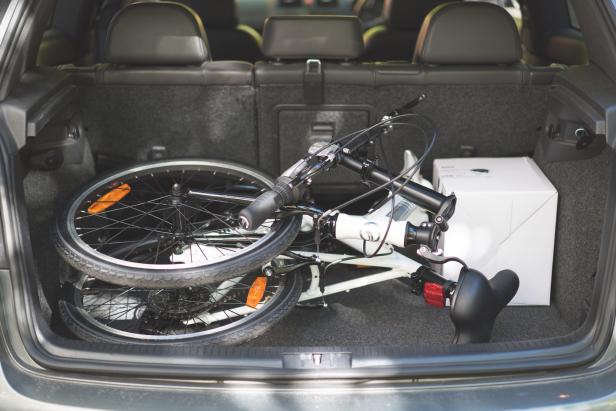 Fits in the boot folded, no worries!