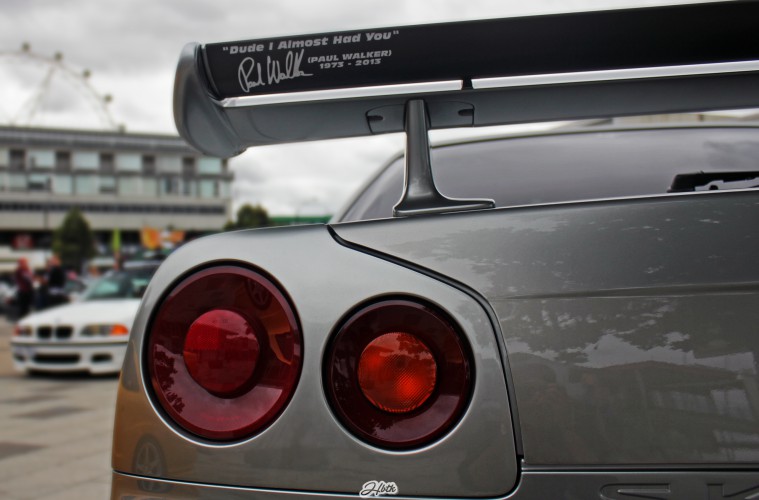 At the time of writing this, in just 30 hours I’ll be sitting down to view an advanced screening of Furious 7. I’ve never looked forward to a movie as much as this before. It will be bitter sweet seeing Paul Walker back in the role we all know him for, but I’m excited to see this as the send off he deserves. This movie is important to me, as I’m sure it is to countless others.

It’s easy to criticise the Fast and Furious franchise. From absurd unrealistic happenings of mechanics and physics, and reminders of questionable automotive styling trends (like seeing our old high school photos); the movies have provided endless internet memes, in jokes and running banter for us car folk.

More so than that, I’ve said for some years now that Paul Walker is arguably the most influential person to affect the late-model car scene we all love. For better or worse, he and the movies launched our once underground scene into the limelight, helped it grow far bigger than any of us may have ever imagined. Safe to say, our scene would look very different today without him.

Paul used his love for cars as a vehicle for charity, and an honest attempt to make a difference in the world. I believe he is the car enthusiast we should all spire to be like.

[I made this post below on my tumblr on the 1st of December, 2014; one year after Paul’s death (Australia is a day ahead my American friends!)]

One year ago today: Me and friends were at a car meet to raise money and supplies for those affected by Typhoon Haiyan. Conversations around the meet were a lot more hushed than usual, and people were walking around tapping every person they knew on the shoulder, and sharing the- then- unconfirmed news.

One year ago today: Paul Walker, and friend, Roger Rodas died leaving a Reach Out World Wide meet that was also held in order to raise money and supplies for those affected by Typhoon Haiyan. This is a small piece of solidarity I take pride in to this day.

That is why I love the car community oh so much. It’s about more than those go-fast machines we take such pride in. The intrinsic value of cars are transcended by their means as a vehicle to connect with other people, help other people, and to maybe make a difference- and possibly change the world.

I’ve seen cars bring together people in the most wonderful of ways. From tangible monetary charity for disaster-stricken regions through organisations like ROWW. To non-profit organisations like CarsForHope, here in Australia, dedicated to promoting conversation and awareness of depression and mental health throughout the car scene.

Today, I took a friend to Estblashd’s Festival of Giving. She noticed a CarsForHope sticker on several cars, identical to the one on mine. She asked me what it meant, and I told her. I told her the story of Annabel. I told her of how we wear the stickers as a silent sign of support. Of how wherever a sticker may be seen, we hope that people are reminded that they are not alone in their struggles. It may not have had any profound effect on her, but I know of many others of whom it has.

Rest in peace Paul Walker and Roger Rodas. Both loving fathers, both trying to do something meaningful. Forever racing through our hearts.