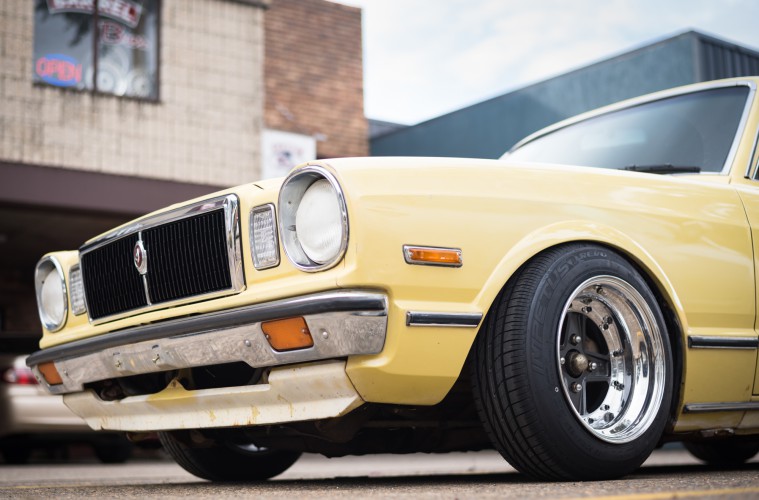 Four weeks ago I didn’t know much about stretched tyres. I had seen them on stance cars, on grassroots and professional drift cars, and I had even thought about putting some stretch into my old VW Beetle to eliminate its front scrubbing issues. However, I didn’t really know where the style came from, what consequences it had to ride quality and safety, or if it was legal here in New South Wales. 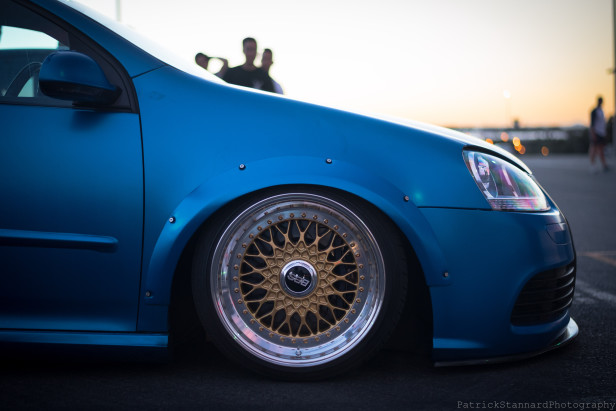 Originally called ‘Hipari Style’, tyre stretching began as a drifting aid, rather than a means of achieving mean fitment. By fitting smaller tyres on larger rims, novice drifters can get sideways easier due to the increase in sidewall tension. Smaller tyres are cheaper too; which is a good thing considering most of the rubber would be left on the pavement. 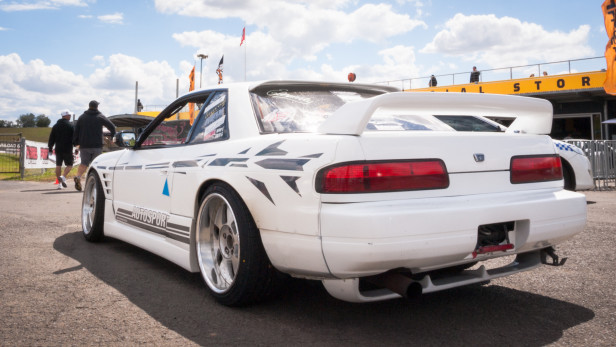 Car enthusiasts are always borrowing themes and techniques from different scenes to add flair to their builds, which is why stretch is now associated with the ‘stance’ flock. The majority of stretched applications today are primarily used for aesthetics rather than drifting. Of course this often sparks criticism and hate from other members of the community often stating that it is not practical, not safe, and ugly. 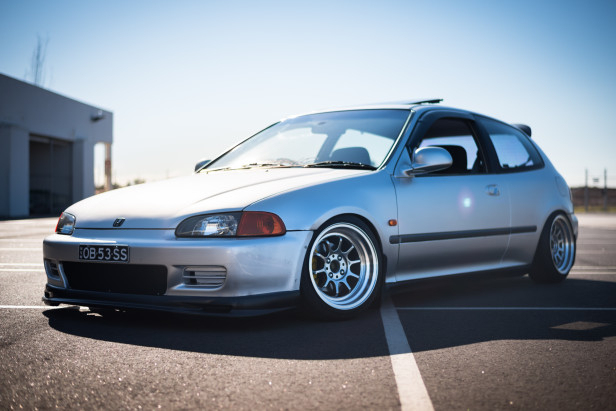 After a chat on Facebook, my friend Josh met me locally in his slammed Civic hatch “OB53SS” to take a few photos. This meeting confirmed something I already knew: stretch looks GOOD. There is a great deal of visual satisfaction when stretched tyres are combined with some stance; the sloped wall of the tyre fitting perfectly inside the rolled guards with little to no scrubbing. It is a unique brand of mechanical beauty which contradicts the original design, sacrificing efficiency yet still employing accurate and finely measured engineering. 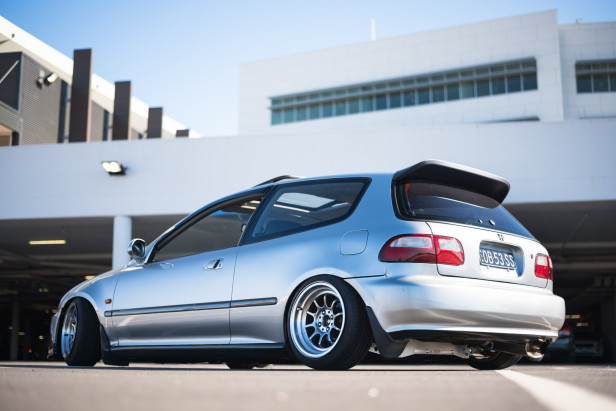 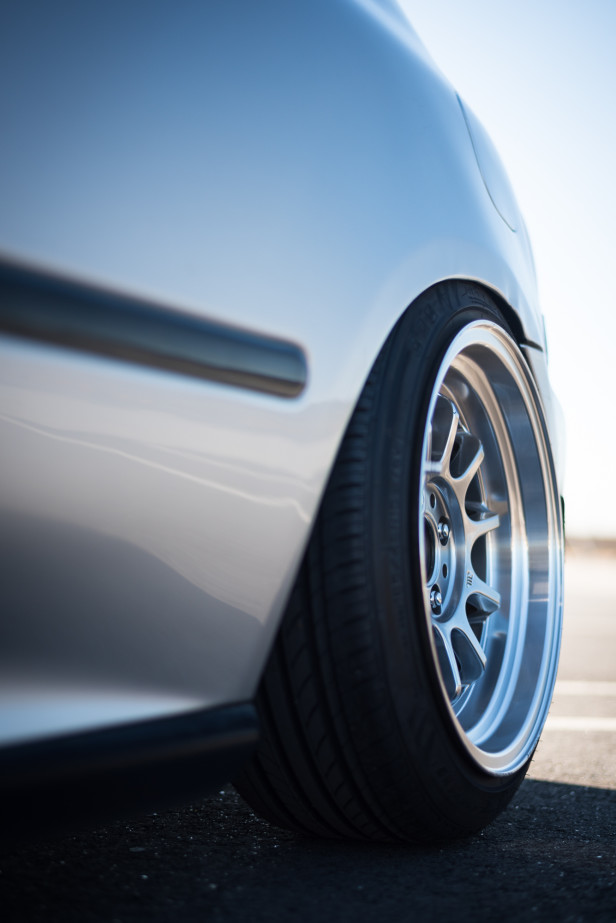 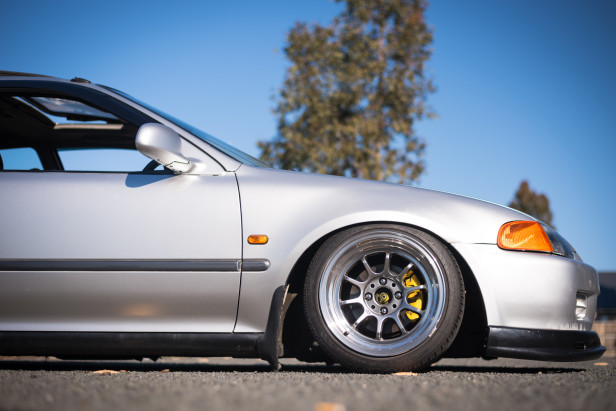 Although they look good, the loss of practicality and comfort can be too much for some. Josh complained his back hurt from the lack of suspension being amplified by the tightly fitted tyres. He concluded that the Civic wasn’t his daily, and the ultra wide and low fitment was worth the back ache (for now). 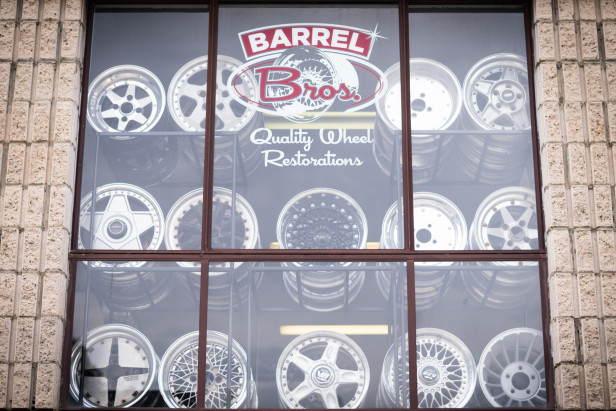 My next stop was to a pair of guys known by many in the Sydney modified car scene. The Barrel Bros are experts in all things wheels, especially when it comes to old-school Japanese styles. The boys had plenty of experience with stretched tyres, and were very keen to show me the two shop Cressidas, and ‘Suzi’ their work van; all proudly wearing stretched rubber. 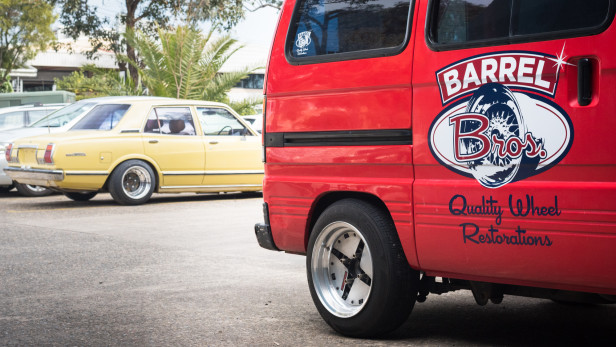 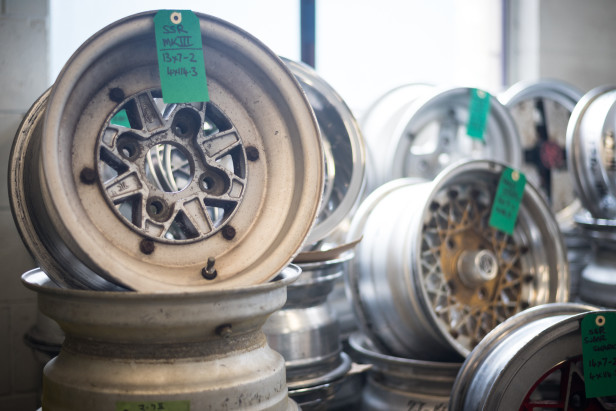 I asked about some of the downfalls of stretched tyres, and their answer came in the form of a set of large diameter Work Meisters.

Mark says:
“The biggest problem is you can’t see ‘em going flat… and when they do go flat, they pop off the bead of the wheel. Now you are stuck with a flat tyre you can’t re-inflate!” 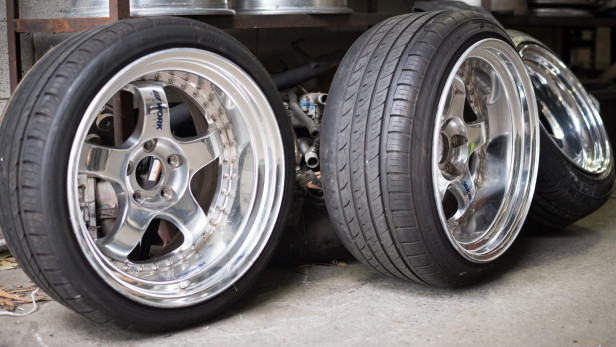 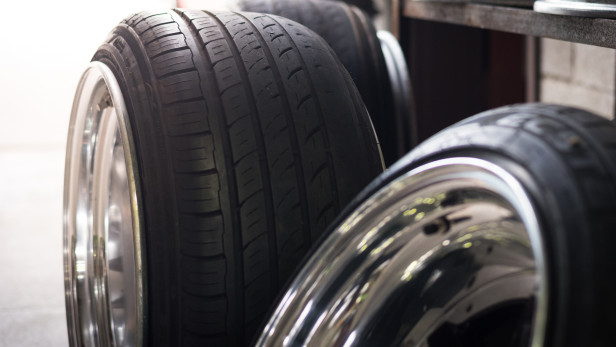 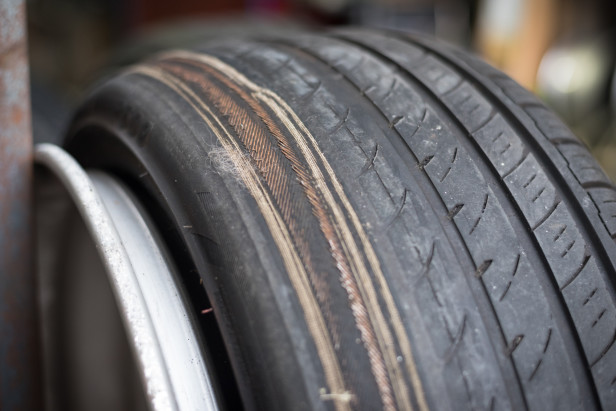 Barrel Bro Elliot runs stretch on his R31 Skyline:
“You can feel the difference in the steering straight away. When you are mid turn, there is a lot less warning when you are going to over or under-steer. It is a sharper response compared to regular road tyres.” 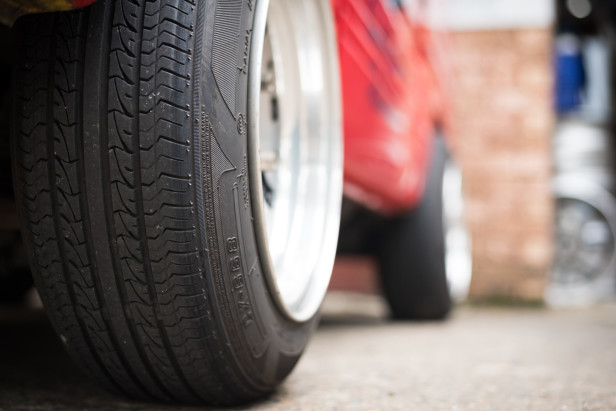 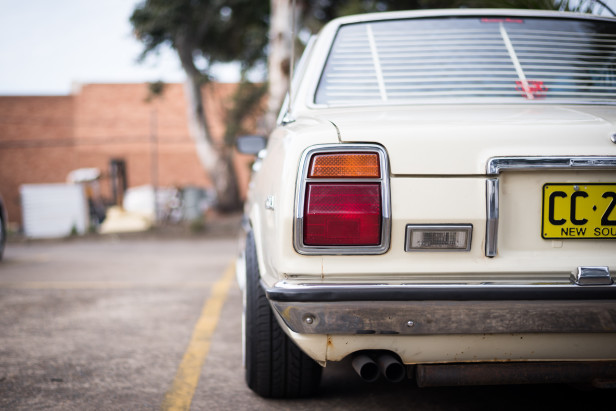 The people I talked to have rarely had encounters with police and had no trouble meeting road law compliance with stretch, the closest being an officer during an RBT exclaiming: “Those tyres look pretty weird mate!”. 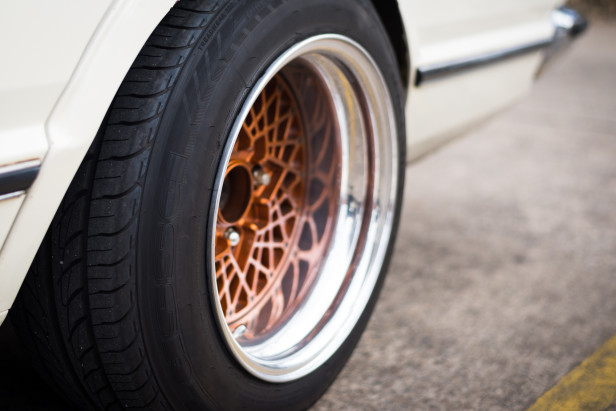 This doesn’t mean it is entirely legal though. New South Wales road laws become very particular when dealing with wheels, especially when fitted wheels can modify the original track measurements, or exceed the “correct” measurements listed by the manufacturer of the vehicle. 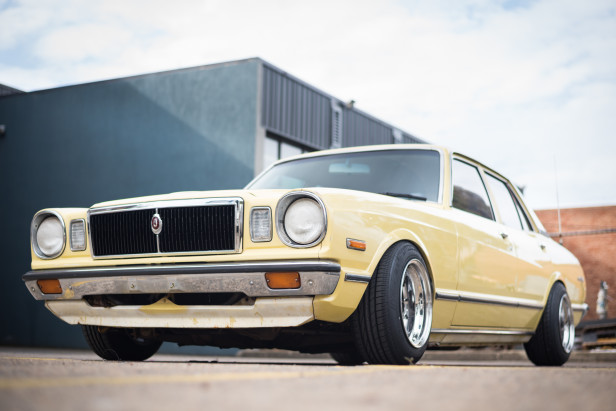 However, if the non-standard rims fitted are engineered and approved, the laws individually concerning ‘tyres’ seem less strict. The RMS Vehicle Standards document states: “The tyres you fit must correctly match your car’s wheels…”. 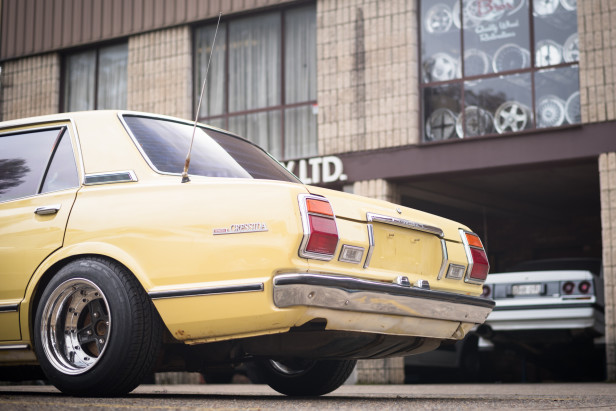 As long as your tyres have an equivalent or higher speed and load rating than the original fitted tyres (and are approved by your technician to be suitable for the wheel), you are within the lawfully accepted means of modifying your car. 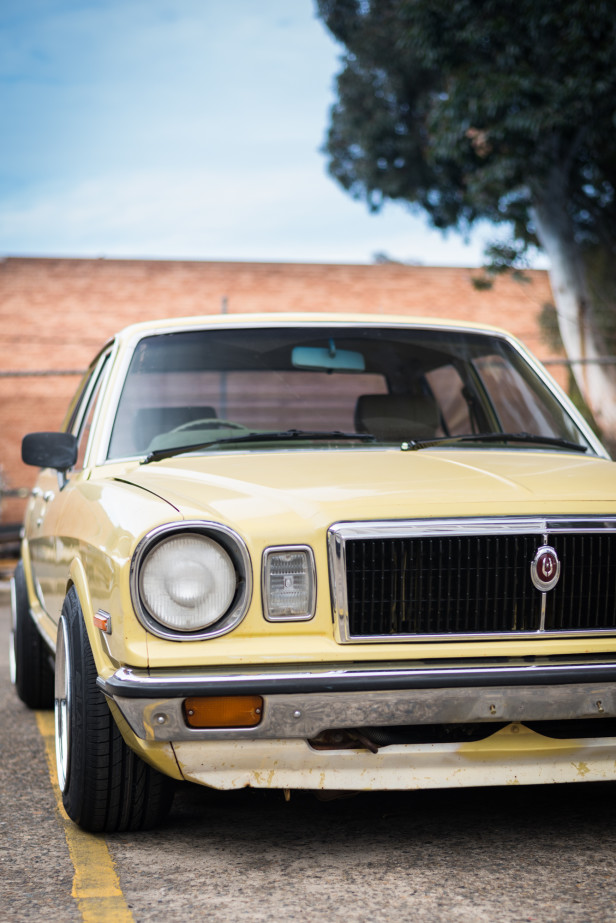 While our scene doesn’t have the same extremes of tyre stretch that you could find at an Ebisu drift event or a Los Angeles stance show, I believe stretch should be reserved for “weekend” car applications. Our daily drivers need to be as safe as possible, especially considering the shameful condition of NSW roads and somewhat unpredictable weather. Basically, I don’t want anyone (including myself) to get hurt because of what is essentially an automotive aesthetic trend. 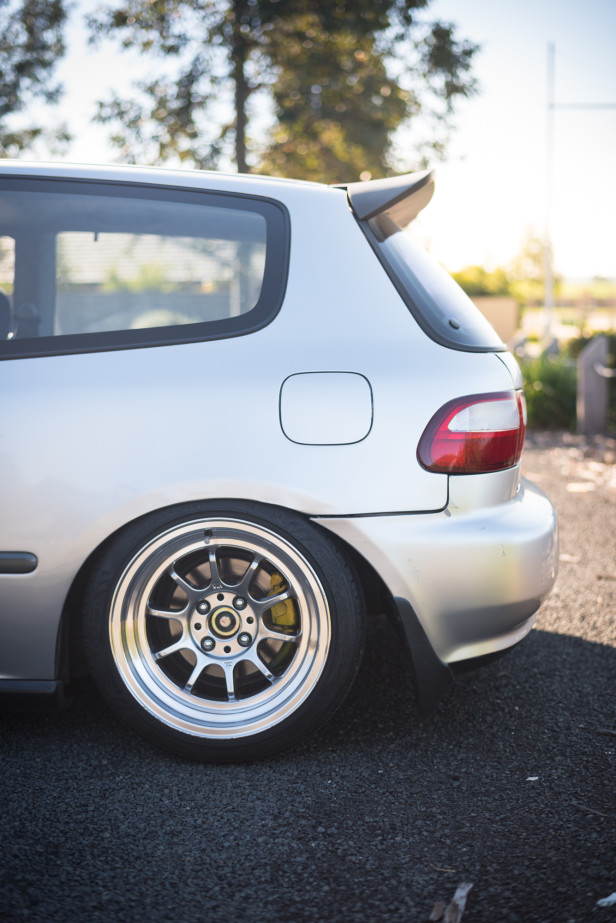 Big thanks to Josh, Mark and Elliot.