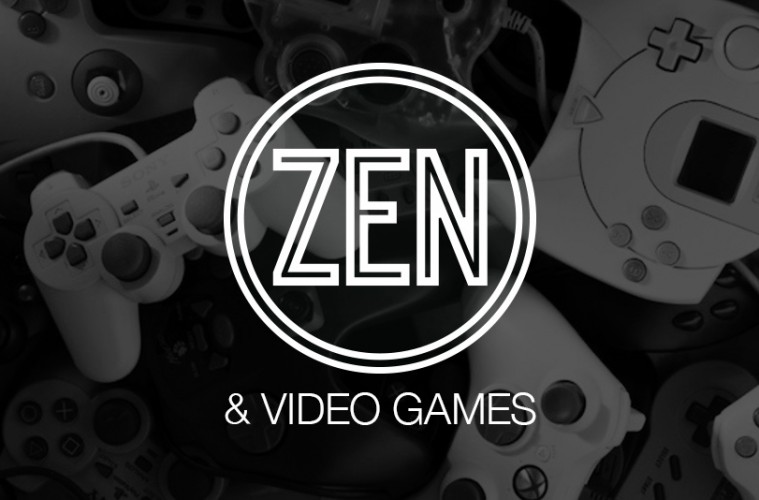 Video games are fun. I think that’s a pretty universal sentiment right? I’d be willing to bet every single person reading this has played a video game at some point and enjoyed it. They distract, entertain, frustrate and focus us. You can unwind playing a video game or you can get excited and only concentrate on winning. Games are a lot like cars in that sense.

My earliest memory of playing a video game is Mario on the Nintendo 64. I definitely played video games before that, but that is the one game I can remember being invested in. I would have been all of 5 years old but I still remember running around that big castle, crapping myself over those ghosts and just believing that it was a real world that I was actually experiencing. I was gone, in the best possible way. I think that is definitely a way to find one’s Zen. Obviously it’s a different experience compared to something like having a twisty mountain road and a car you adore all to yourself, but it’s still a special time.

Video games can unite us, divide us, make us or break us just like any other passion, it really comes down to the individual. A few years ago when I first got into cars I was working on my R33 Skyline. I can’t remember exactly what I was doing but it was frustrating the hell out of me. The thing just wouldn’t work the way I wanted. I knew what I was doing, I knew what I wanted to do and how to do it but it just wouldn’t budge. I ended up lobbing my spanner across my garage in a fit of rage. Eventually I collected myself and came back to the car, worked on it for a few more hours and finally it worked. I was insanely happy.

I recall a similar situation with Zelda, there was a level, the Water Temple, far out that damn temple. I spent hours trying to figure it out, same as I did with the car. I was getting more and more annoyed, getting seemingly closer to figuring it out each time. I eventually gave up and in a flurry of huffs and puffs I left the room. Then I came back, same with the car. I sat down, composed myself and proceeded to spend the next few hours playing the game and eventually I beat the level. Why did I keep going with either of these things? In the grand scheme of things, neither benefit me in any real way right? Or do they? I think there’s a lot to be said for not only success, but success after constant failure.

You’re probably starting to wonder what this weird hipster is crapping on about Zelda and Skylines for, well dear reader, the point of it is that I’ve made a decision. Well, I’ve been given an opportunity that has lead me to a decision.

I’ve always loved games as well as writing (if you couldn’t already tell) and with the news that Zen will be featured in the new Need For Speed game, I started to wonder “could it be time for Zen to have a gaming thing? Could I do that?” and I sat on those thoughts for a few weeks. Recently I was at the EB Expo in Sydney and I saw that many Zen shirts, as well as meeting a few fans of Zen Garage. The pieces started to fall together in my head and it looked like a good idea. I reached out to a few video game publishers and told them my plans, which they all liked!

So basically I’ve got the games, got the audience and got the drive to make something rad. So what does that mean? In a nutshell it means you will start to see a bunch of video game content from me up on Zen! Everything from news, game reviews, event coverage and whatever else you can think of! I would love to start a gaming community within Zen’s already vibrant community, to connect with more people through video games. I’m into all games, from racing to shooters to sports, I’m always down to have a game!

If this is starting to sound as exciting to you as it does to me, then here’s what I’ve got planned over the next few weeks. Starting with a Halo 5 review which will be up in a few days, I’ll be heading to PAX in Melbourne later this month. Logitech are also sending me one of their new sim wheels to test out and I’ve got a bunch of indie games sitting in my email right now which look great.

I’m very much learning as I go, trying to find the balance between what works and what doesn’t. Live streaming, written stuff, podcasts and videos are all on the cards right now, so I’ll be testing it all out and listening to every bit of feedback I get.

I’m pretty excited to see what comes of this, as I’ve said before either it’ll work or I’ll end up just having played a bunch of video games, either way I’ll have a blast!

In the end I think I would regret it if I didn’t at least have a go. Like my Skyline and Zelda, I’ll probably get frustrated along the way but ultimately it’ll be worth it in the end and I think that is part of what finding your Zen is all about.

If you managed to read all of this without falling asleep, then feel free to add me on things to keep up with me and play some games!