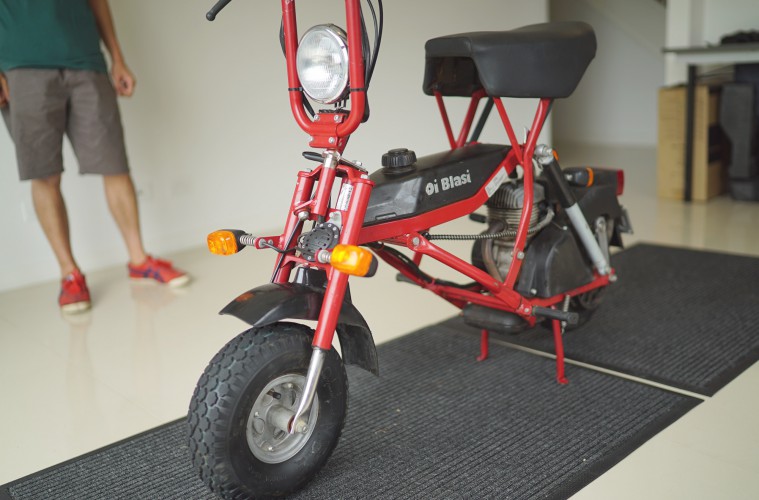 We’re always on the hunt for interesting scooters. We’re still a little upset that we never saw the Honda Monkey bike project through, so we’ve been on the hunt ever since. At one stage we were super close to buying an 80’s Honda Spacy, but we were outbid. There was a ‘buy it now’ button on this little Di Blasi though, and after doing a little bit of research online, we pulled the trigger and now it’s ours!

No doubt about it this is the Zen Garage Deathtrap V3. Just look at it. A tiny 49cc two-stroke scooter that folds down and fits in your boot. It weighs 30kg and best of all it’s street registered!!! Bad news for everyone else on the road though, it’s top speed is only 45km/hr!

The guy we bought it off explained to us that he bought it off a company which was using a fleet of these bikes for a drink driving service, where if you get intoxicated and can’t drive your car home, one of these guys will come out to you, fold and pack their scooter into your boot, then drive you home (then they would ride their Di Blasi back to base). Overseas it’s marketed as a unique auxiliary vehicle for boats, caravans and motorhomes, even light aircrafts.

We think this thing will be hilarious on back roads, but even more fun at EOMM’s and other Zen related events! We’ve started tearing the bike down so we can paint the frame, from there we’ll trick out the bike too, so stay tuned for updates! 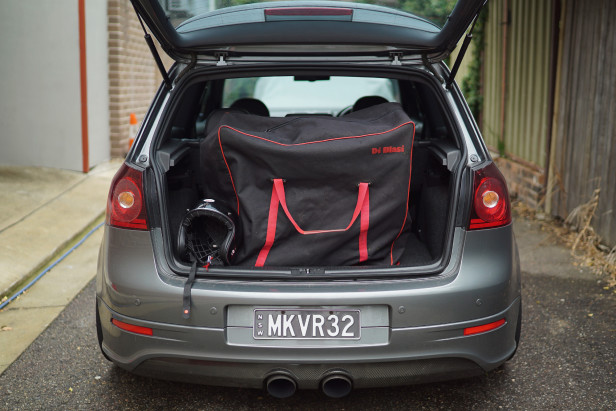 The folded bike packs easily into it’s own zip bag which makes the bike easier to lift (it’s a bit awkward to carry folded up without the bag). 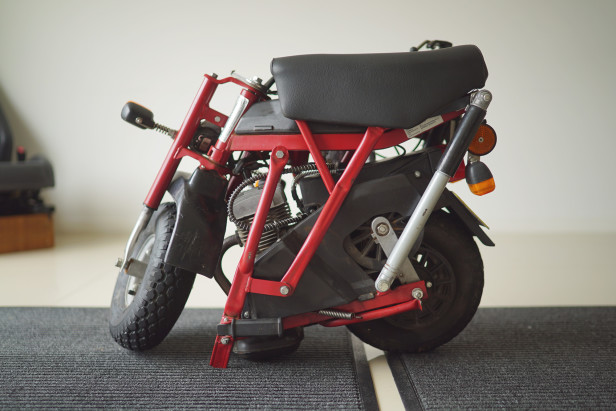 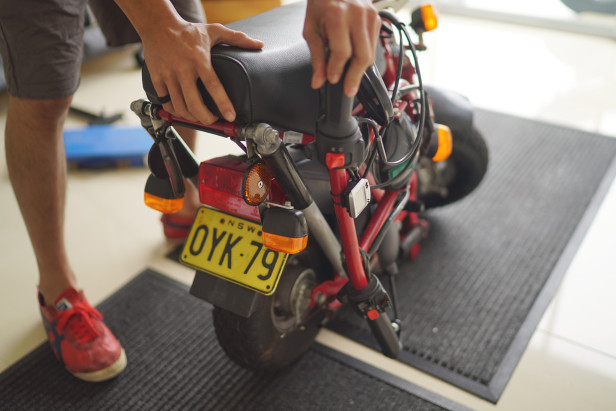 Unfolding it is pretty intuitive, but it’s freaky how weak the connections all look and feel. 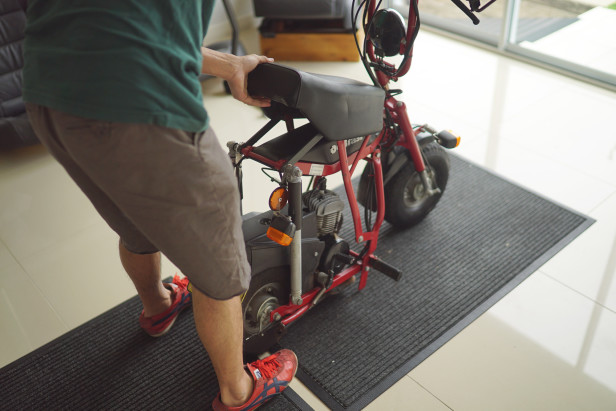 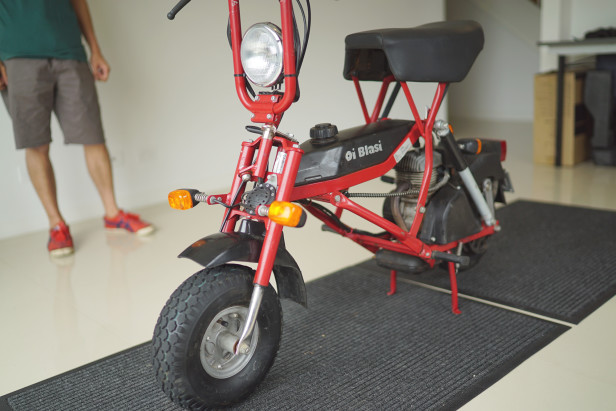 Boom! All folded out! 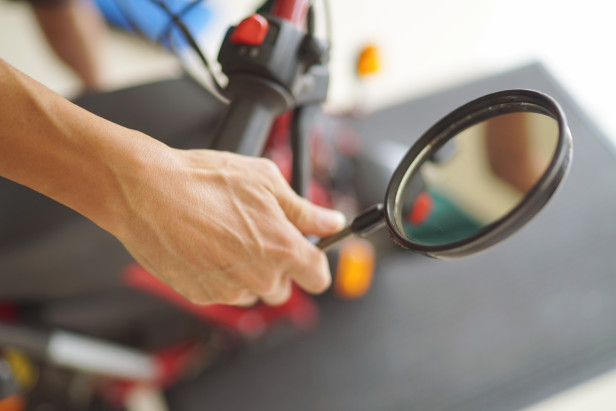 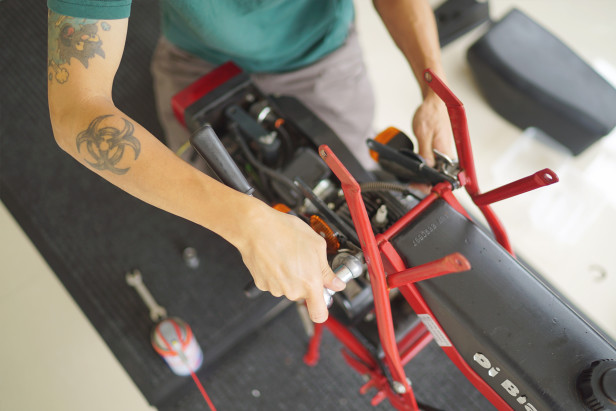 Stripping down (so much fun!). 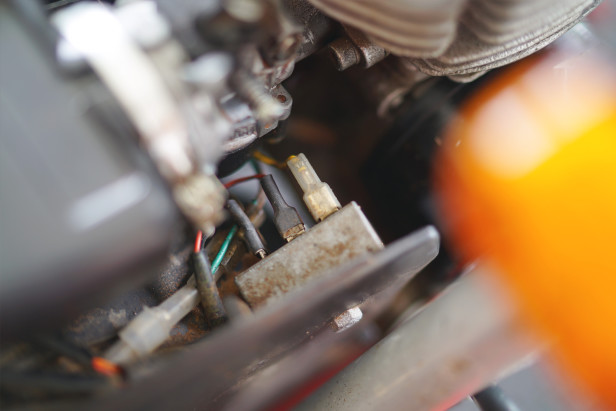 It’s looking like we’ll be able to remove the loom without cutting it anywhere. 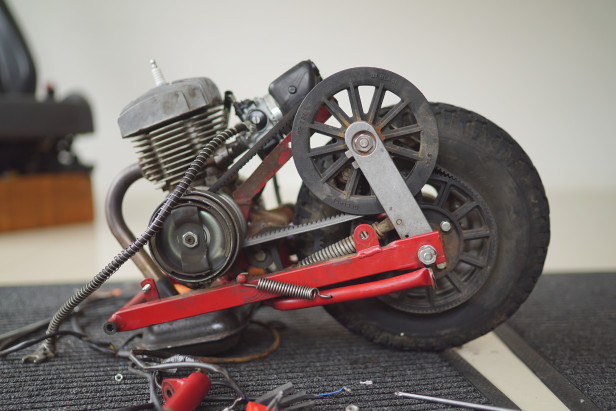