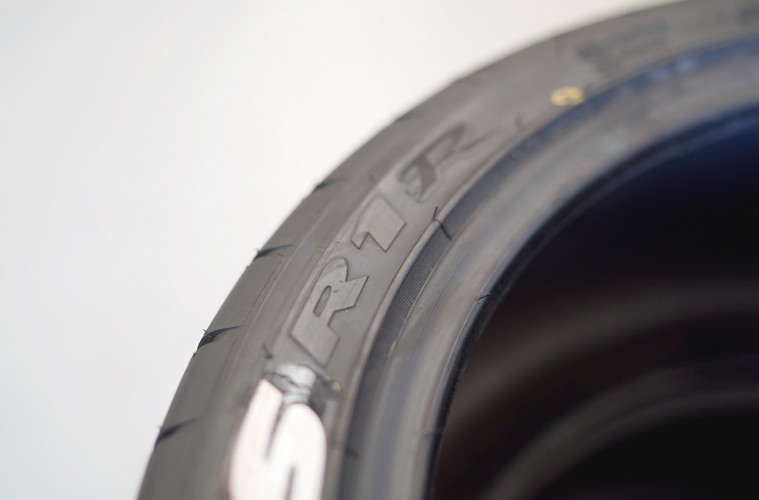 It’s been almost a year since I installed a set of super sticky Toyo R1R’s to my MKV R32 Golf (my daily driver), and nothing at all has changed!

The tyres are as grippy as ever, if anything I’ve been enjoying them so much more since the guys at Exoticars put a bit of love into my rear fenders to stop the scraping (I’m 40, and still scraping? Awesome!) on big bumps and hard cornering! 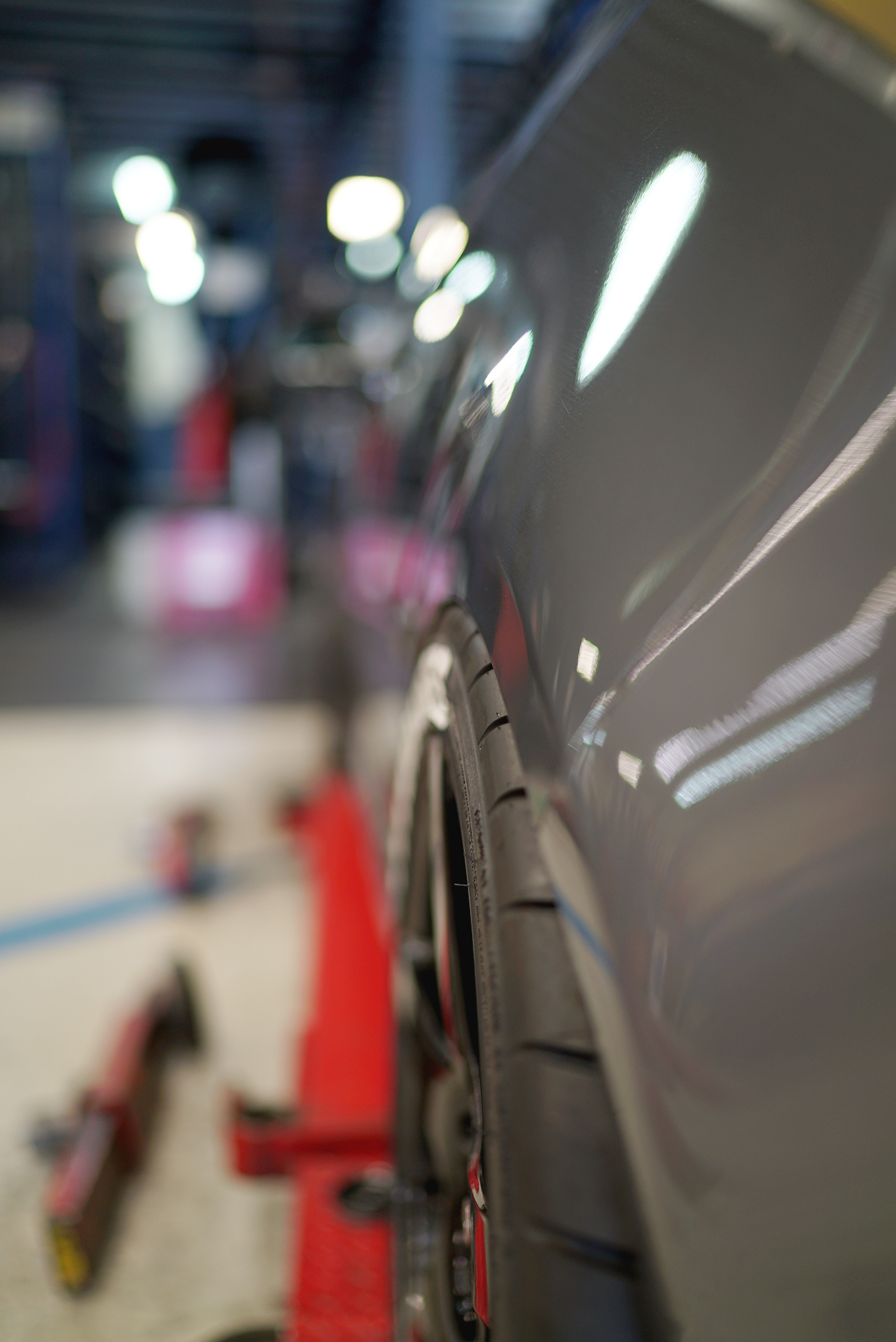 R1R’s are super FAT! Rear fitment was an issue! We dialled in max camber and had to do a little guard work too.

Anyone who has followed my builds since the 90’s knows I’m a massive fan of fat tyre fitment and I’m also a huge Toyo fan, especially R888’s as they’re just such great value, warm up faster than any other semi and look so damn fat (balloon tyres I call them!).

I’ve often rocked R888’s on my daily drivers, maybe hitting 40 has made me soft as I’ve not run a semi-slick tyre on the road for some time now. I did have Bridgestone Adrenalin RE003’s on the golf previously (test day here), they were GREAT. Perhaps the best street tyre I’ve ever owned as they were good in all conditions and they were super quiet too, but they just didn’t look fat and meaty. Check out the comparrisson shots of both the RE003 and the R1R’s below. 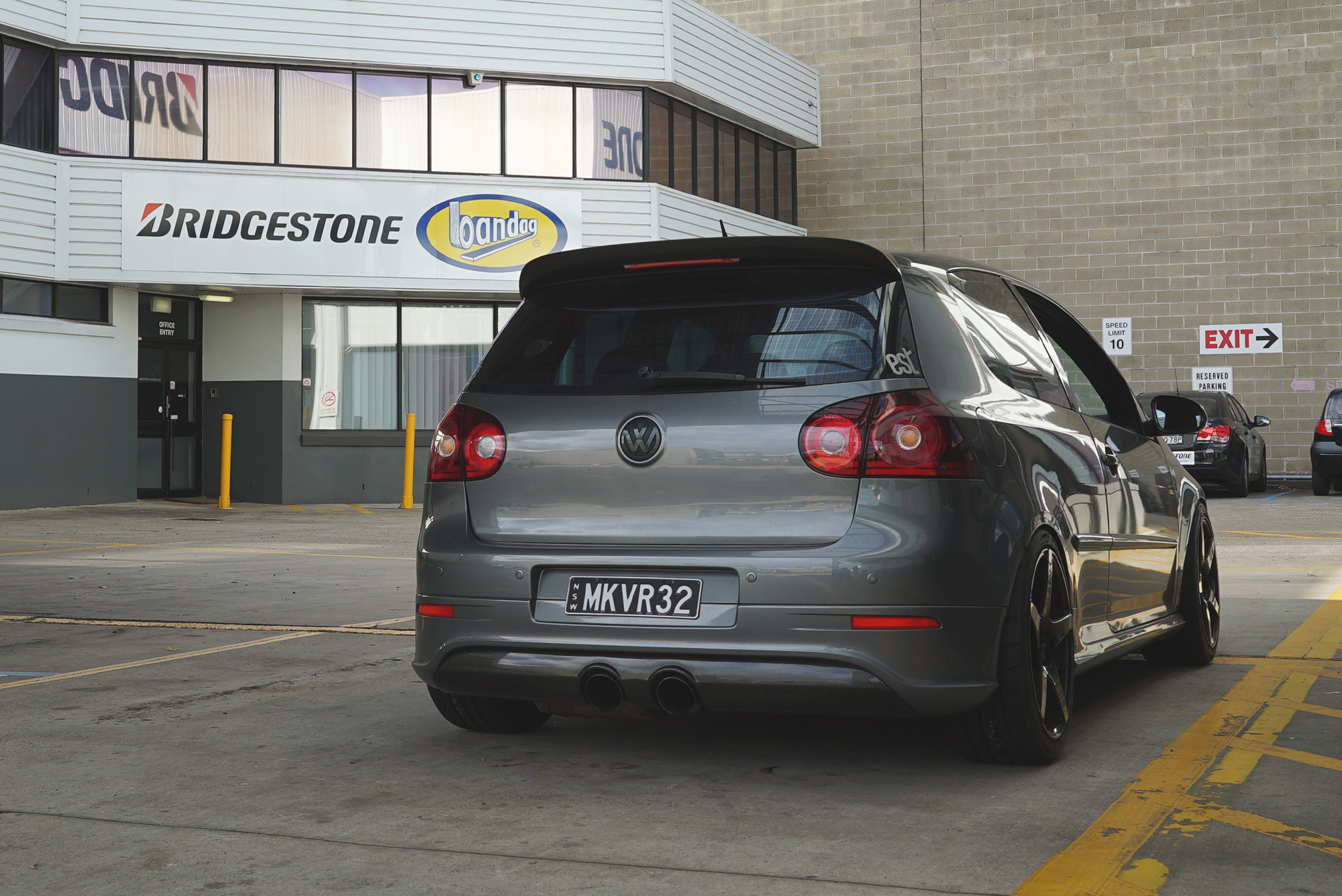 RE003’s fitted. You can see the tyres look slightly stretched and sit in the guards a fair bit. 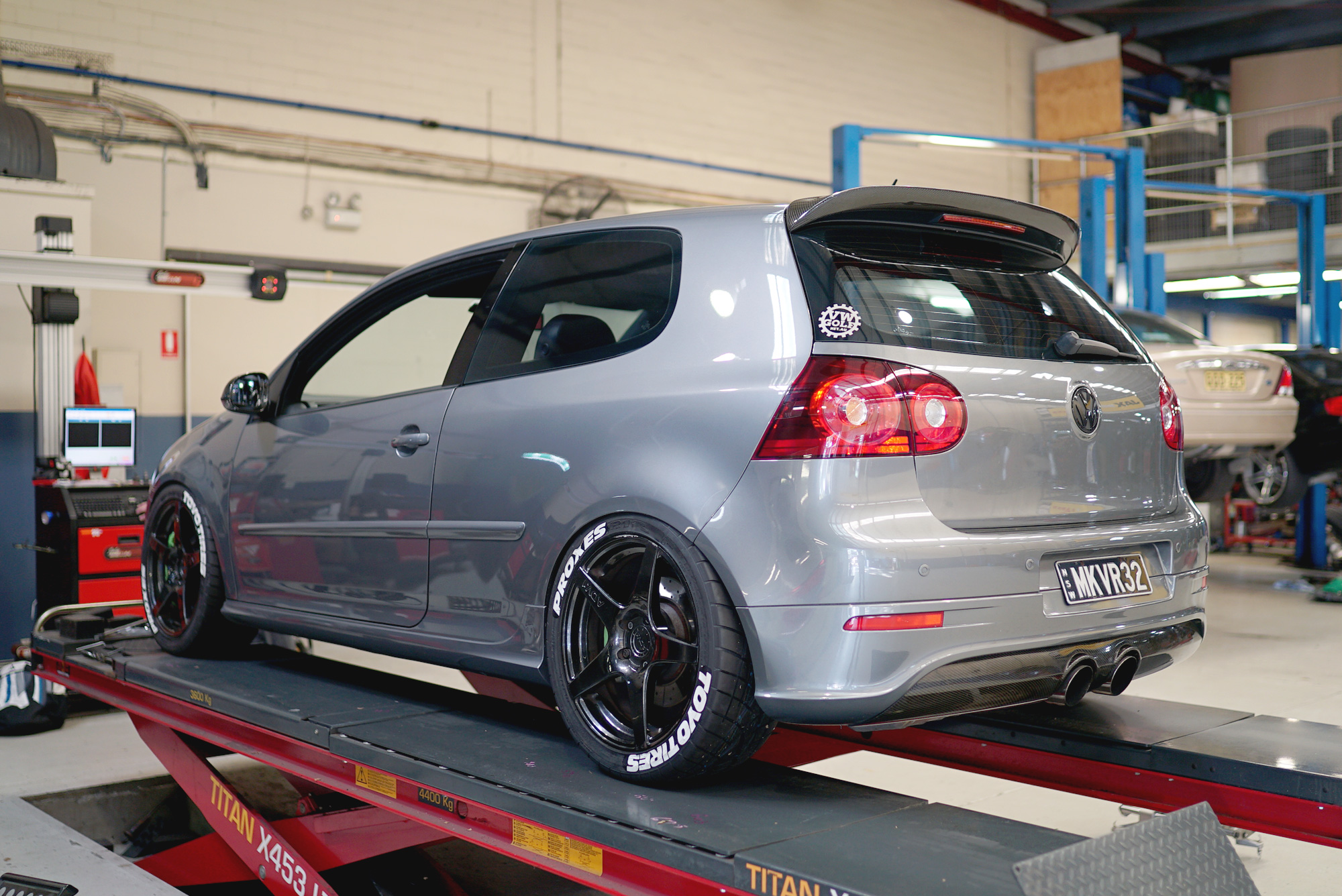 R1R’s fitted. About as fat as it gets for a non-semi-slick tyre!

The R1R has been around for a long time, and those who know how good it is keep on buying it. Just google “Toyo R1R review” and you’ll find a huge amount of reviews form people who drive performance cars. Clio’s, MX-5’s, you name it, all the signs are there that this is a much loved and respected tyre amongst people who like to corner.

I’ve not driven the Golf on the track, it’s probably the only daily driver I’ve not taken to the circuit (something to do with the slippery leather seats and porky curb weight), but for the street these tyres have been perfect in that they look damn fat with their aggressive sidewall, they have insane dry and wet weather grip, yes they’re louder than the RE003’s, no doubt, but these look and feel a lot more like a semi-slick than a street tyre.

If I washed the GT-R (on R888’s) and I went for a blat right afterwards I’d go sideways on the first few corners as cold semi-slicks and water just don’t get along. No such issues with the R1R’s of-course. The R888’s would last a year on road, these are a year in and they’re just like new so I’m thinking I’ll be able to make them last a fair bit longer (maybe even until the end of this year!).

I’m not up on what sizes Toyo Aus. are bringing in, but I’m glad I pushed it and went wide with 245’s for the Golf. I’m hoping to see more people rolling around on good tyres this year. Lots of talk about fake rims out there, not enough talk about good tyres!