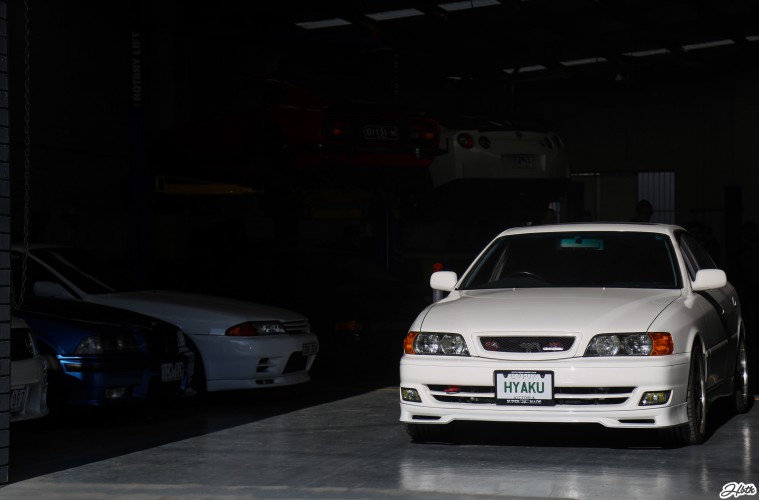 This past weekend, the Nugget Nationals held their dyno day for the year at Weltmeister in the far Eastern suburbs of Melbourne. In a racing league based around unmodified hatchbacks, it’s not the first thing to come to mind in terms of a conventional late-model tuner dyno day. Having finished work in the early hours that morning, and having slept through my alarm, I was actually contemplating giving the day a miss thinking it would wrap up fairly soon. 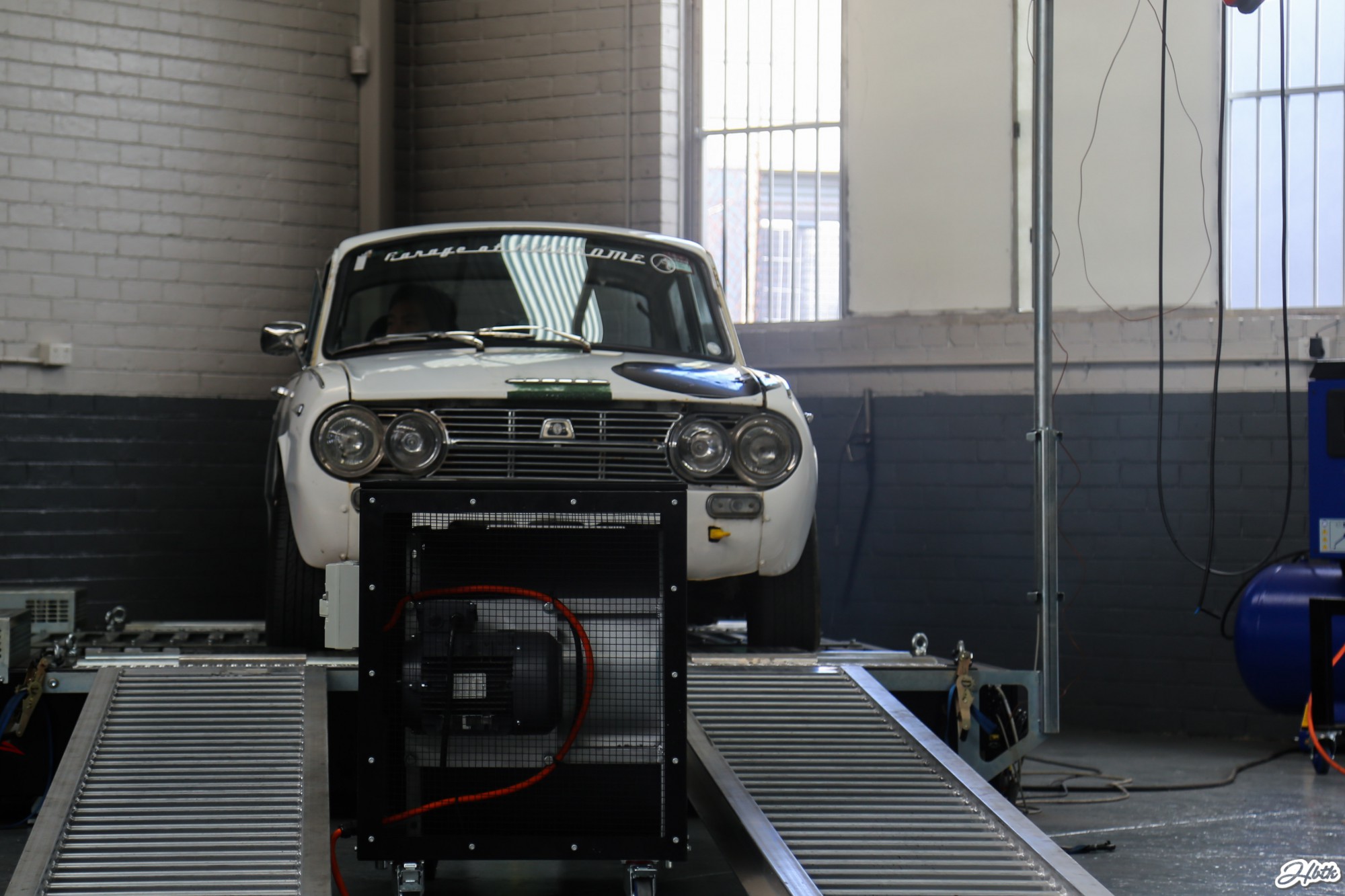 That is until fellow Melbourne Zen-ner, Brett, messaged me that there were still a few hours to go, and that while he was there typing- THE (yes, THE!) Mine’s BNR34 was being strapped down to the dyno. You can guess I all but jumped out of bed to make the drive down. 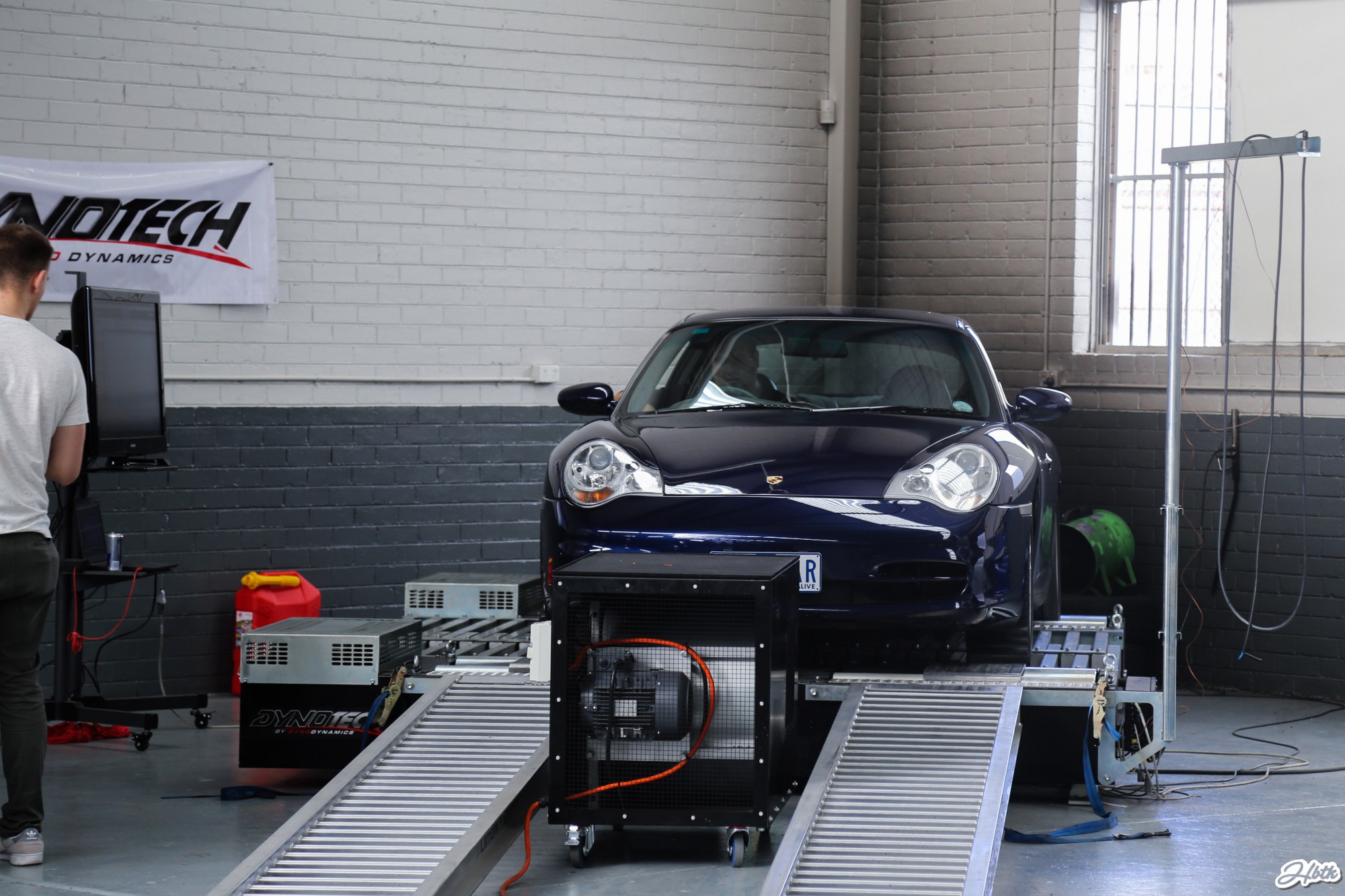 Upon parking up, Brett tapped on my window and told me that he was taking a couple of his friends’ cars around the block to shoot in the Sunday deserted industrial alley. Alas I decided to tag along! 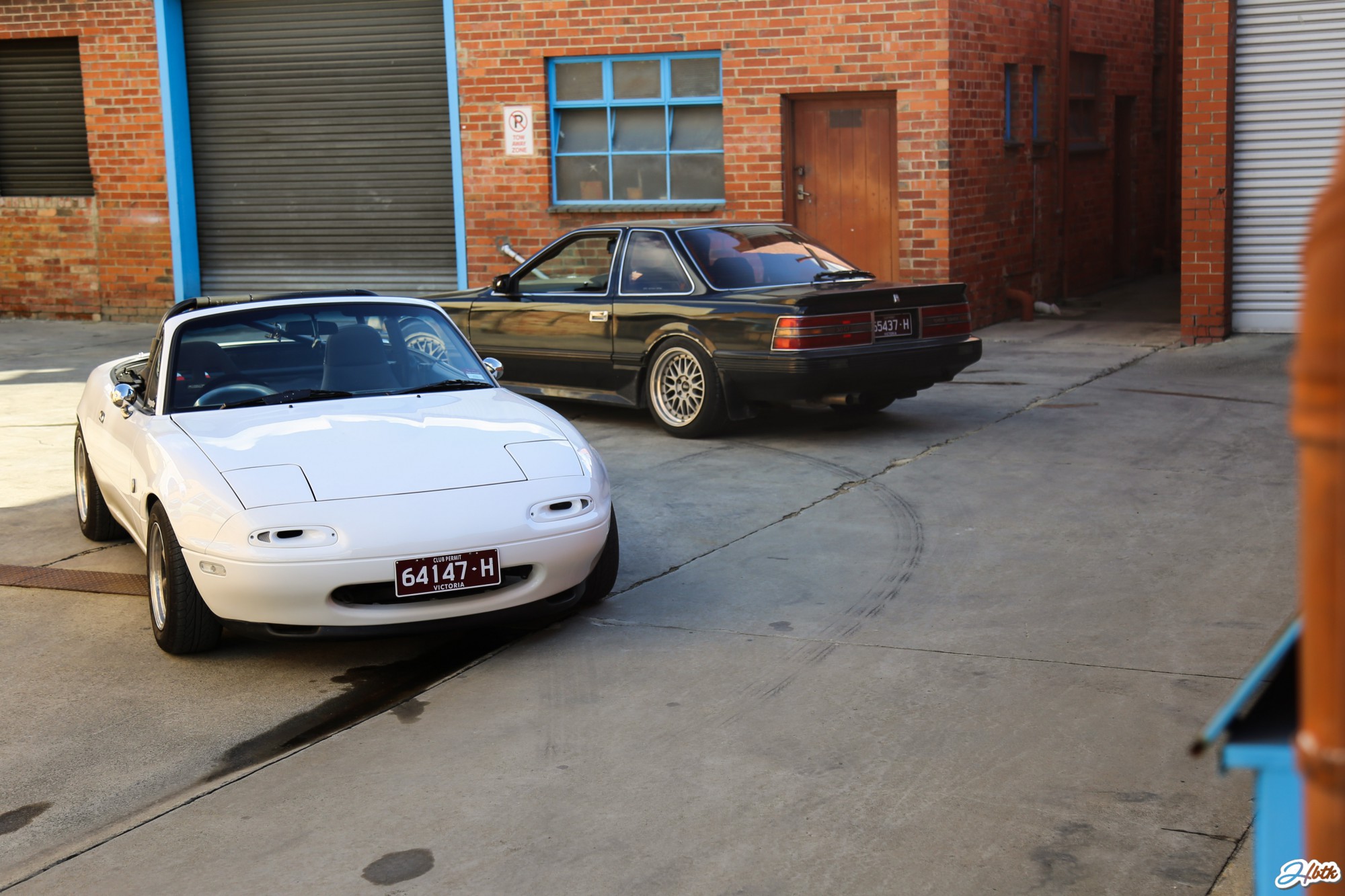 The two cars in question were a Z20 Soarer, and freshly resprayed NA MX5. 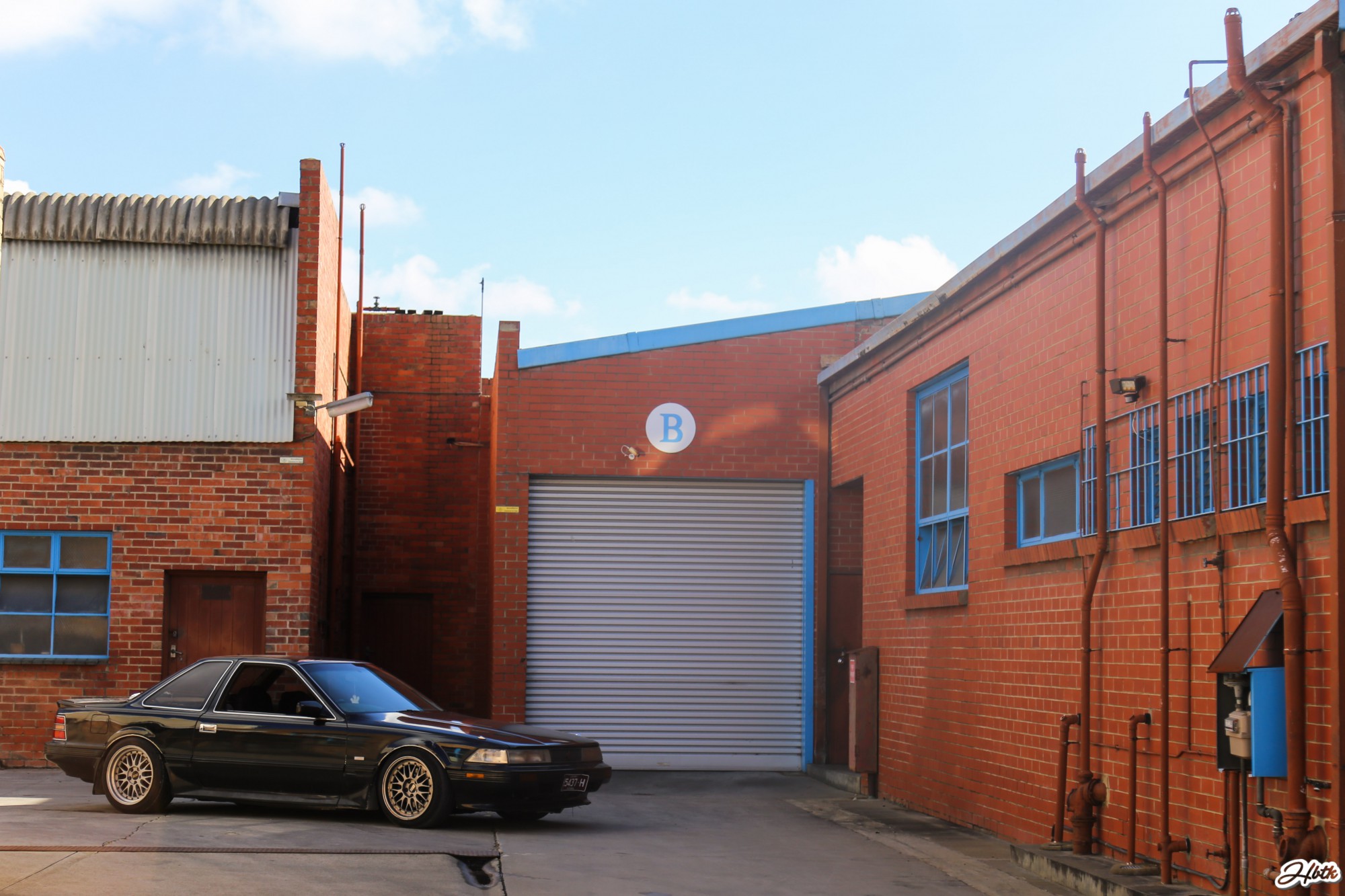 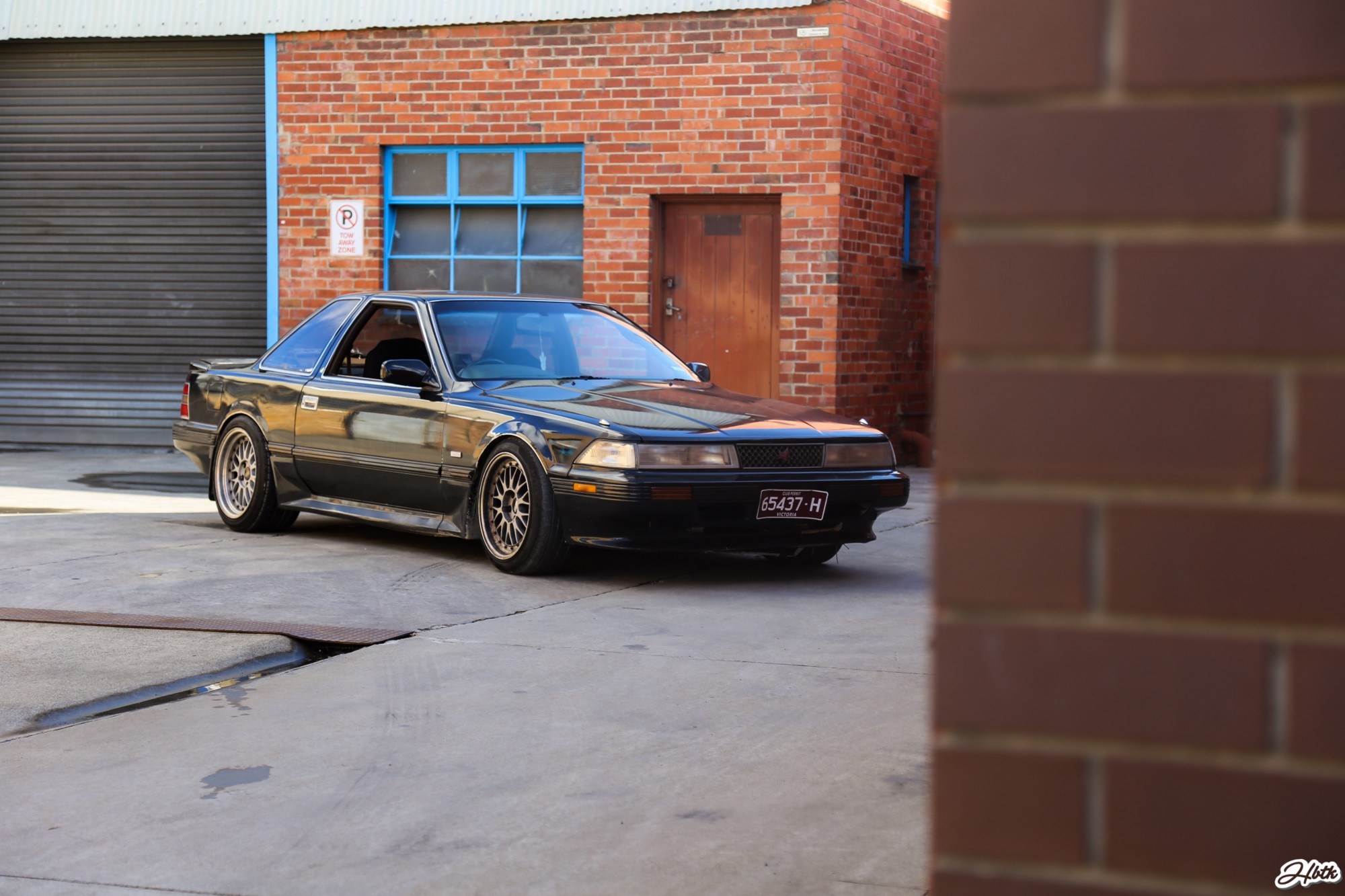 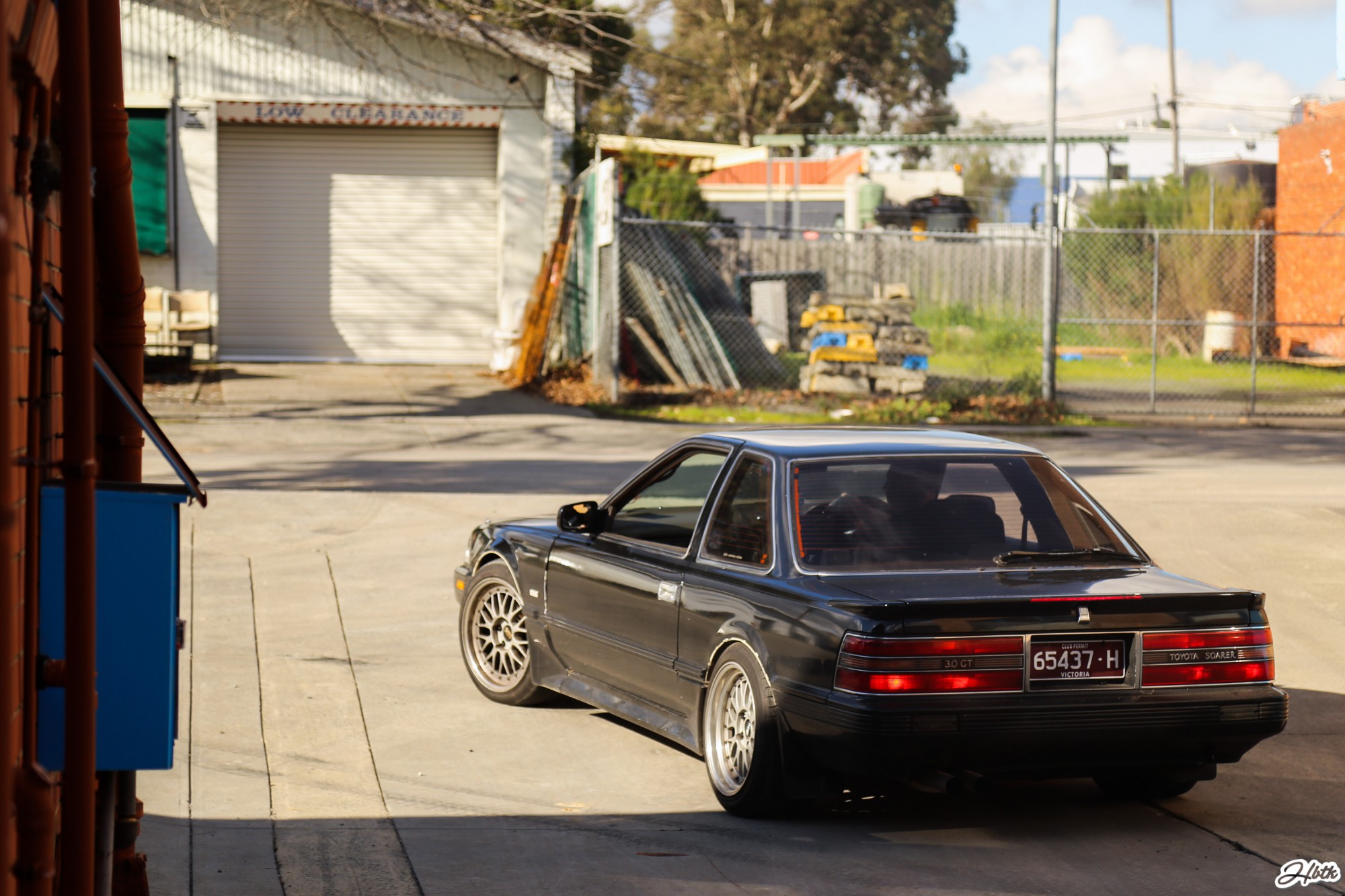 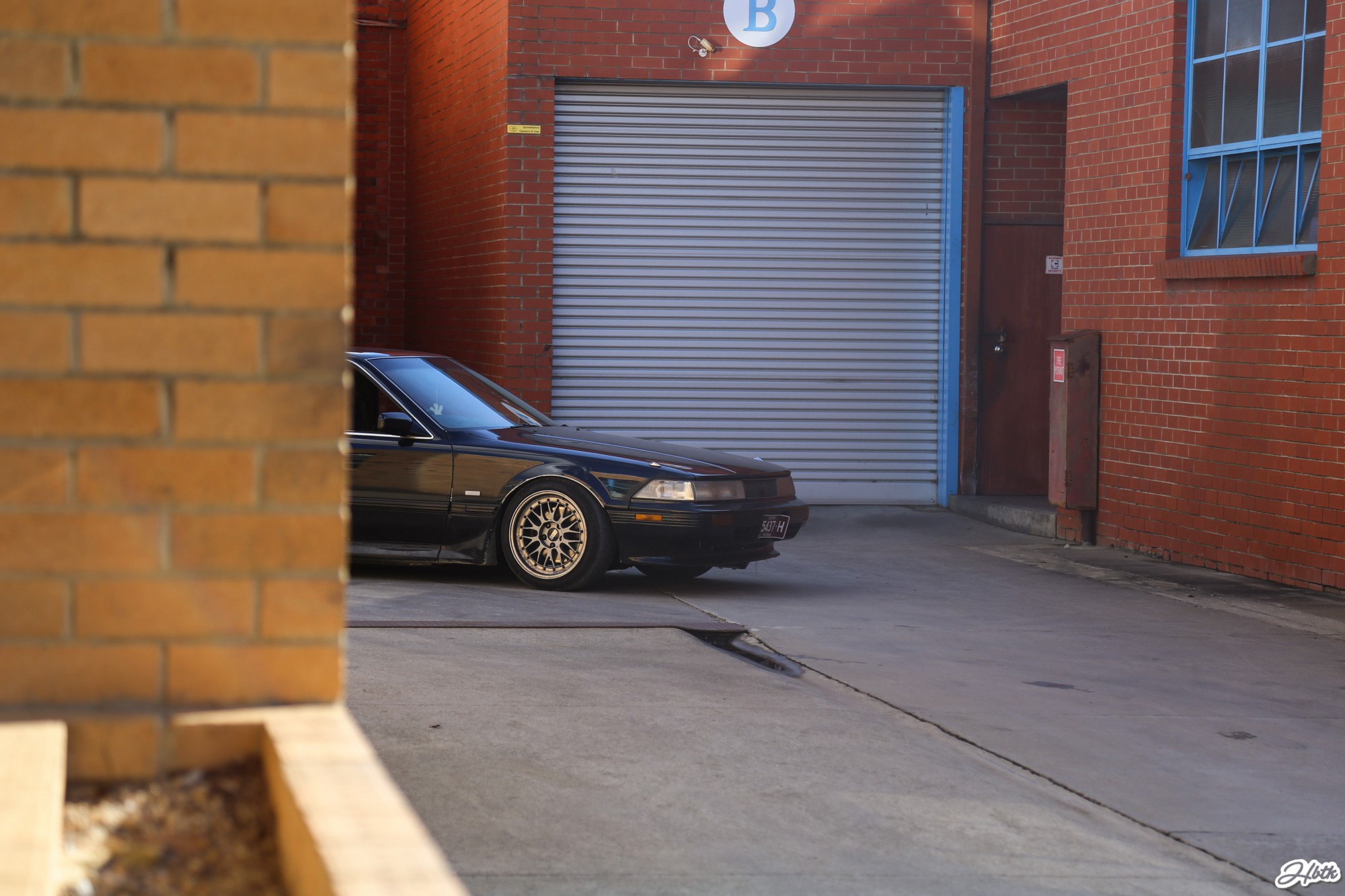 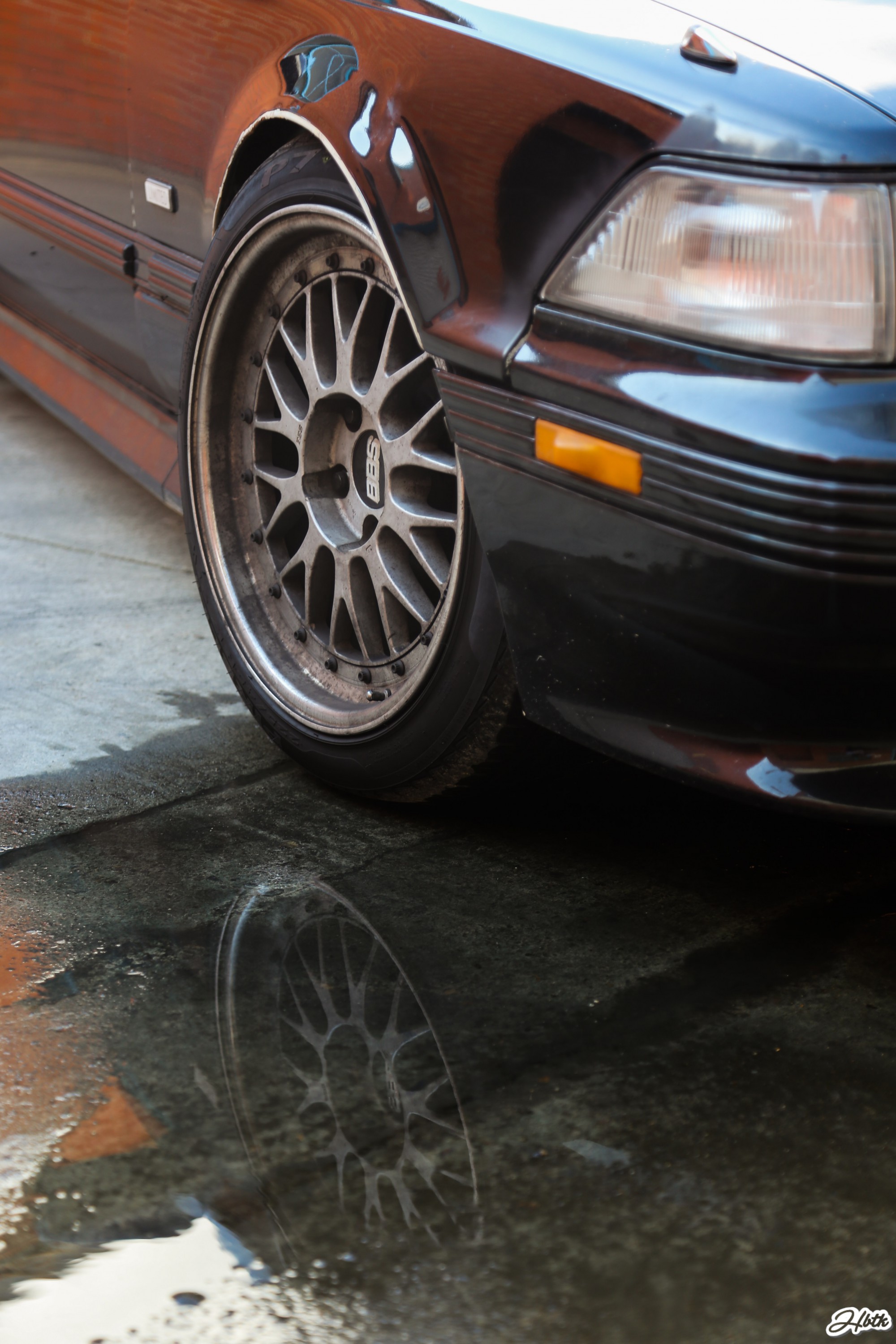 Z20’s are seldom seen around; but sharing a platform with the Mk3 Supra, a 3L Inline-6, and this one on a big set of BBS LM’s- make it one of the many seriously cool cruisers to come out of the 80’s! 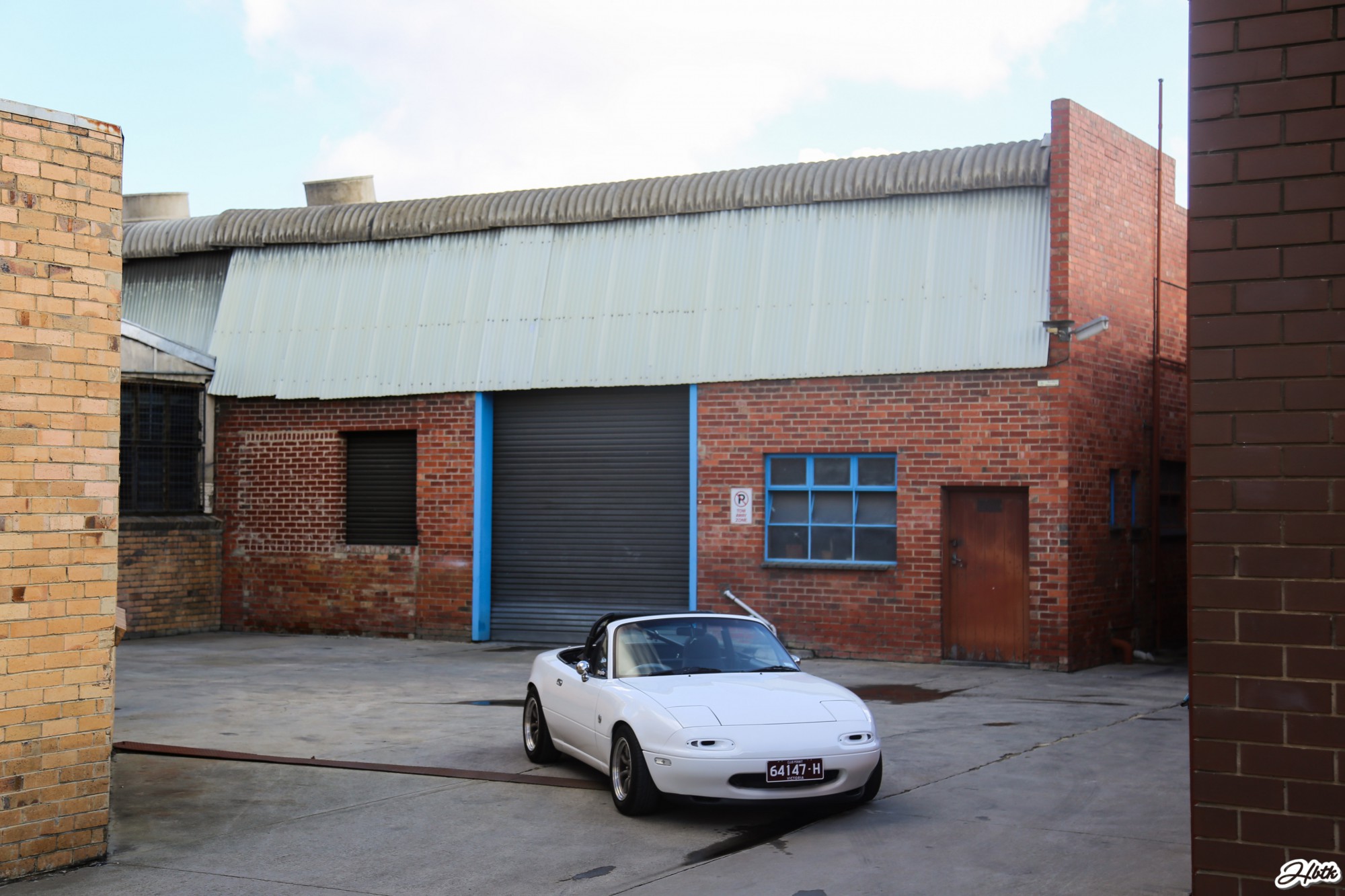 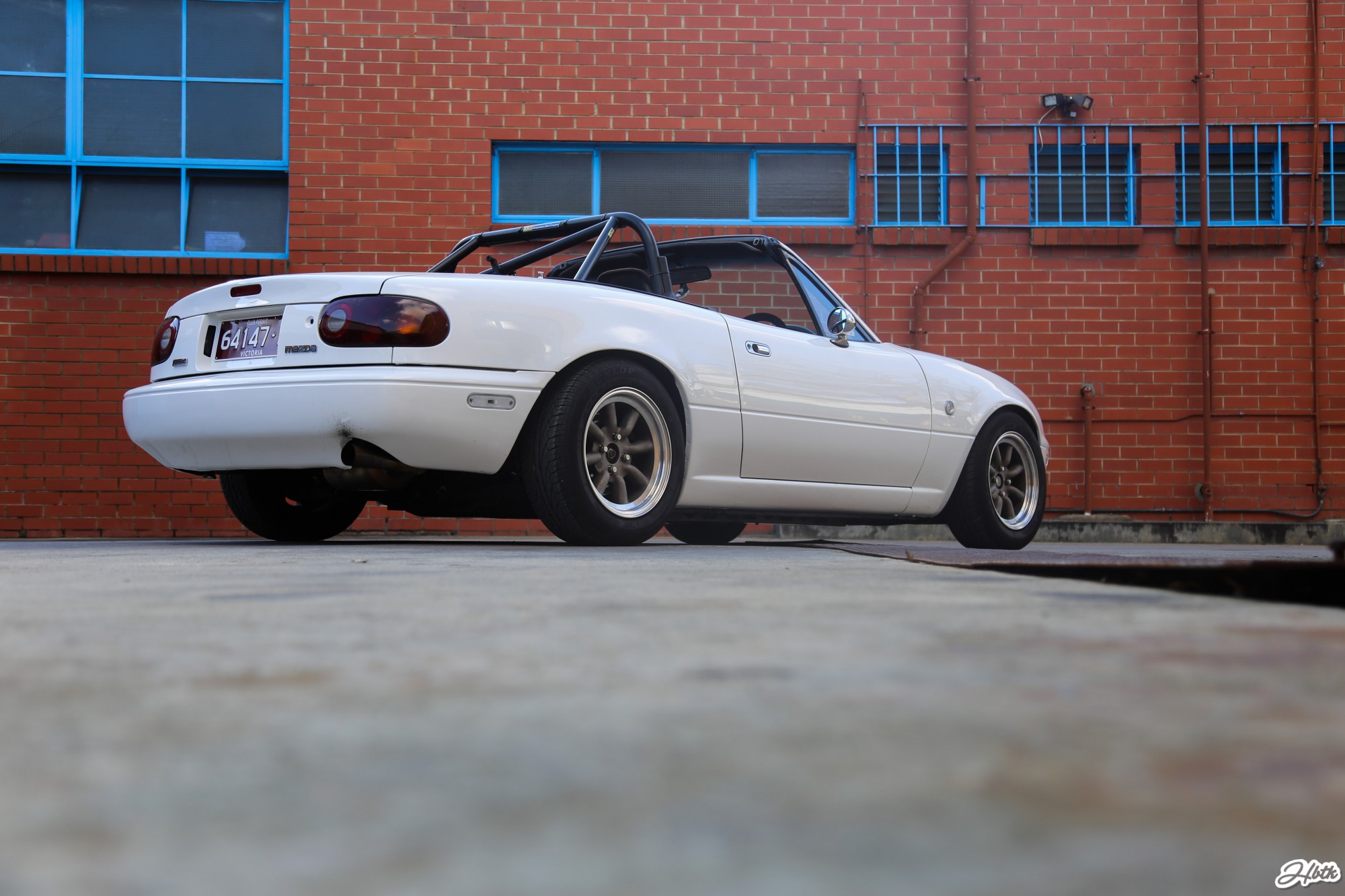 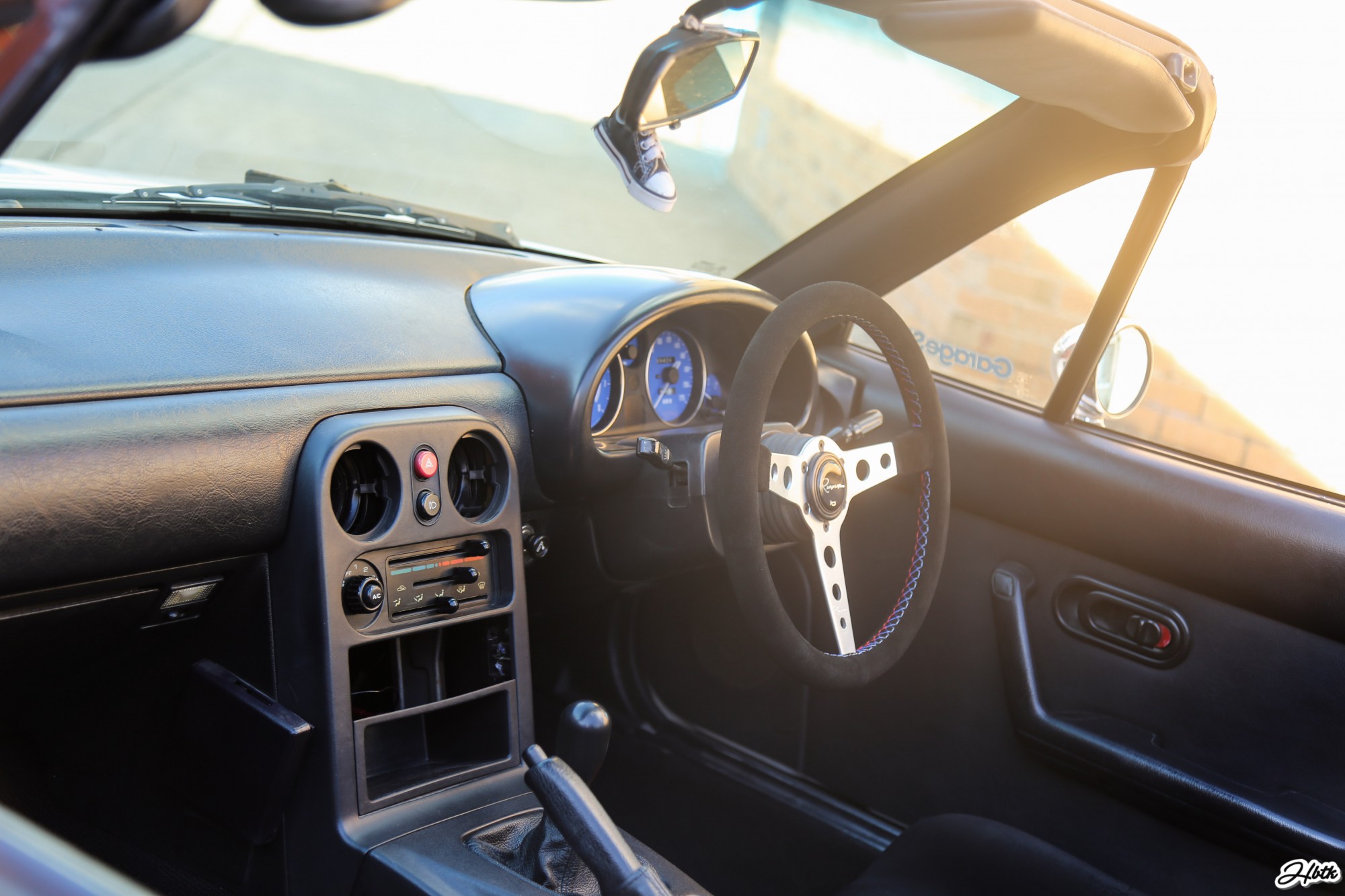 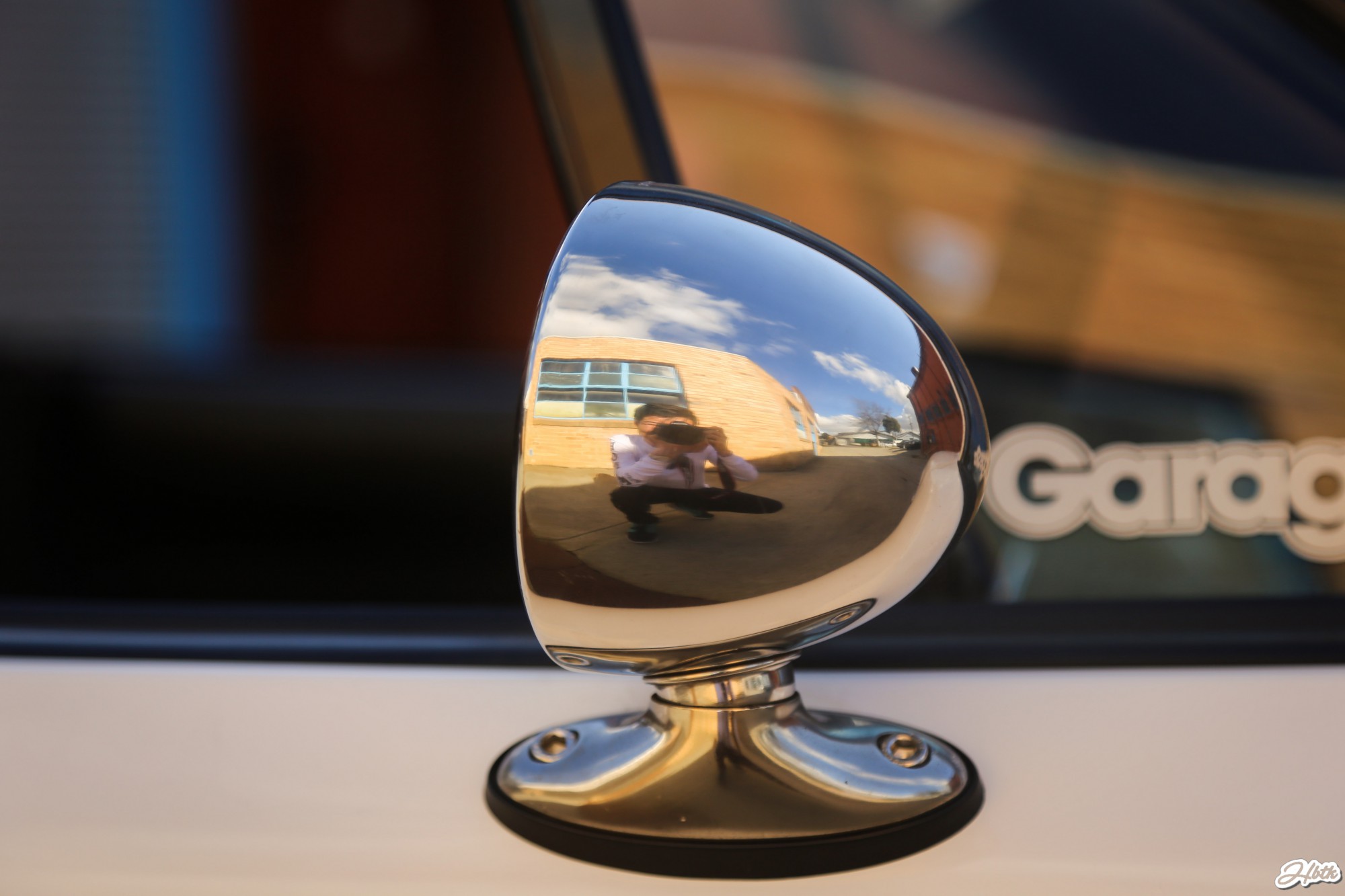 This MX5 on the other hand was a stark contrast to the mean street presence emitted by the big body 80s gangster Soarer. One of the neatest, cleanest and downright loveable examples of an NA MX5 I’ve ever come across. 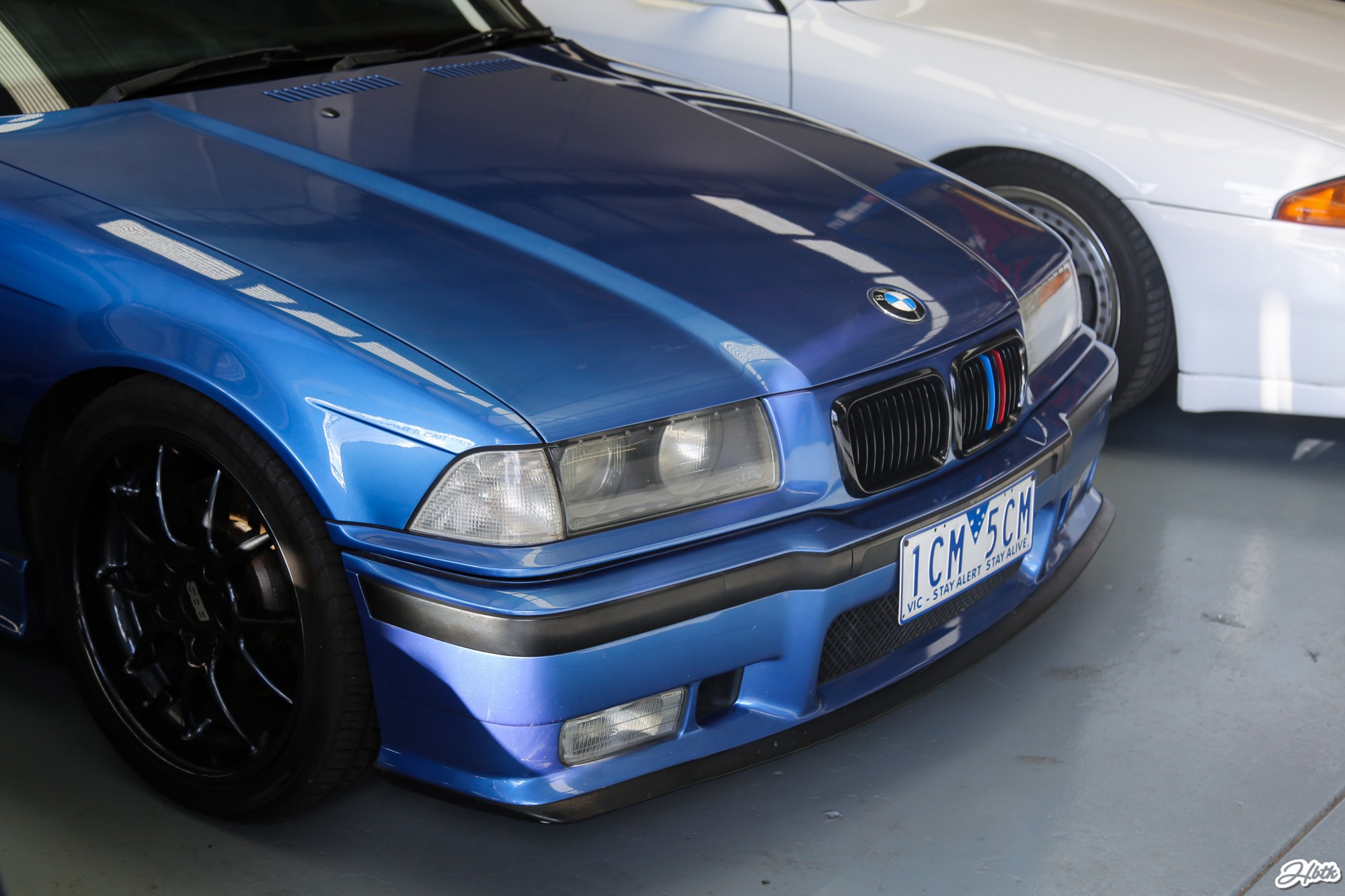 Impromptu photoshoot completed, we returned to the garage to rejoin the dyno day hangout. There were a plehtora of cars inside the workshop and parked almost the entire length of the street- perfectly illustrating the diversity and acceptance within the Nugget National and EXE camp. 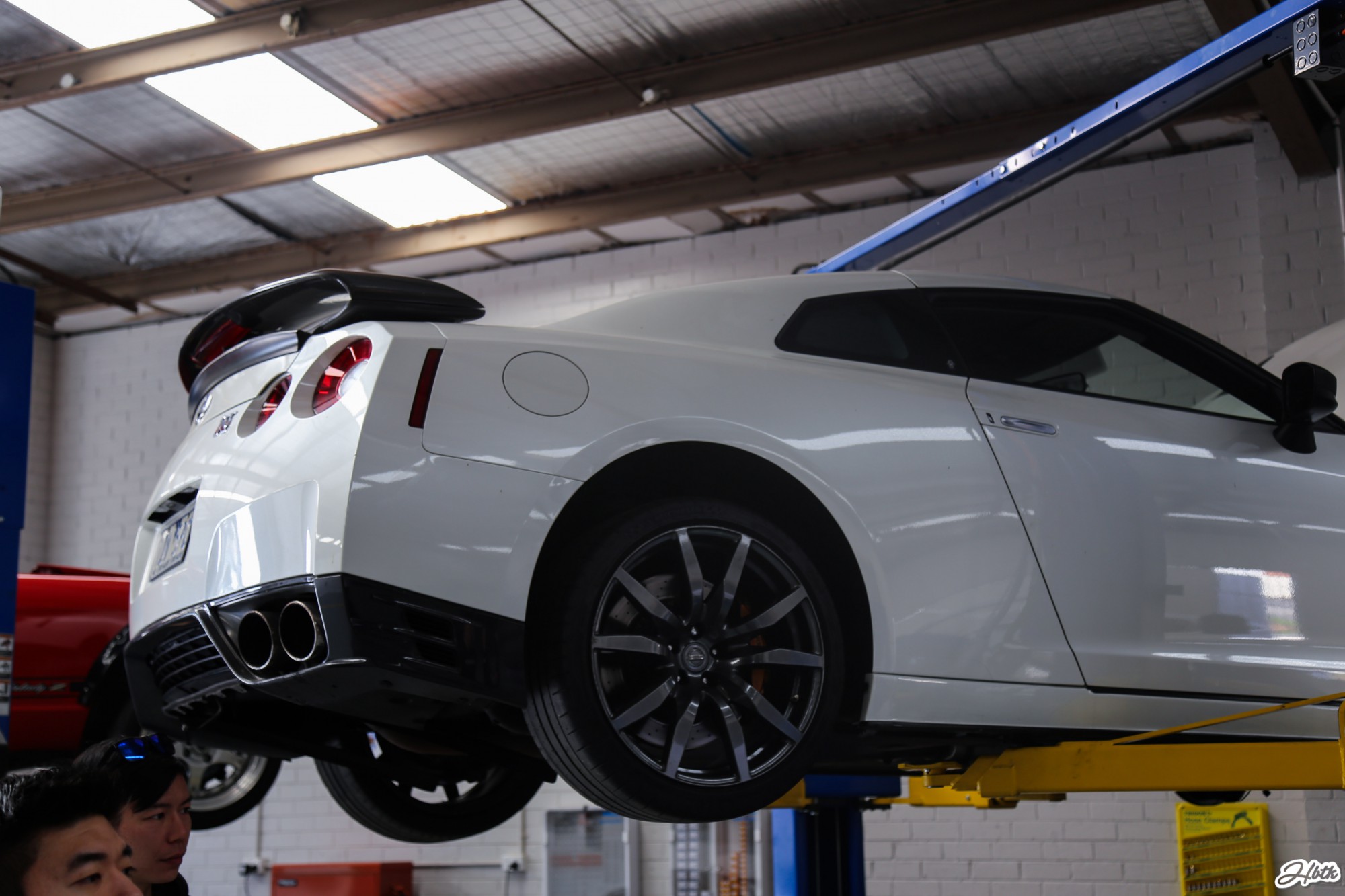 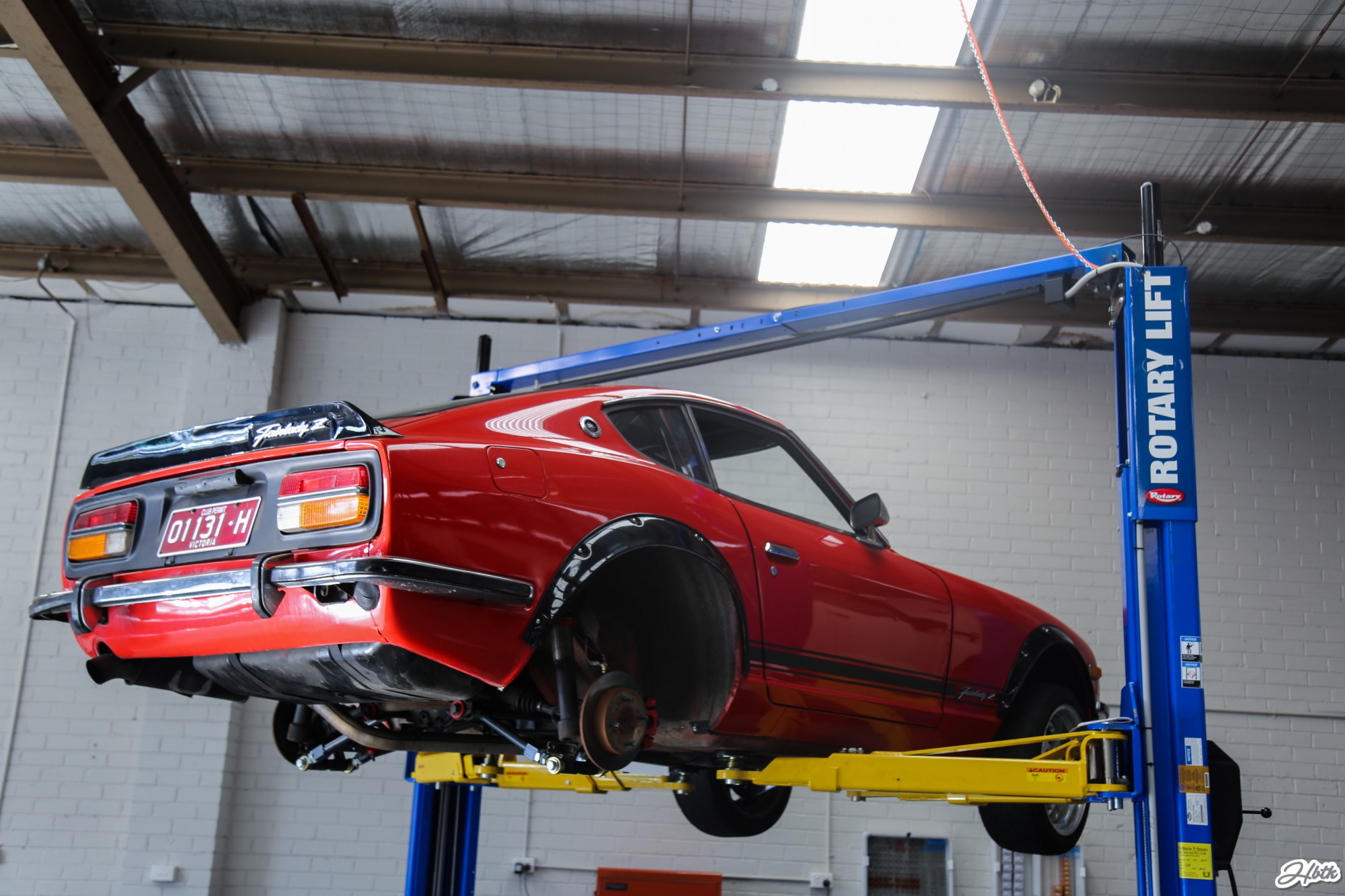 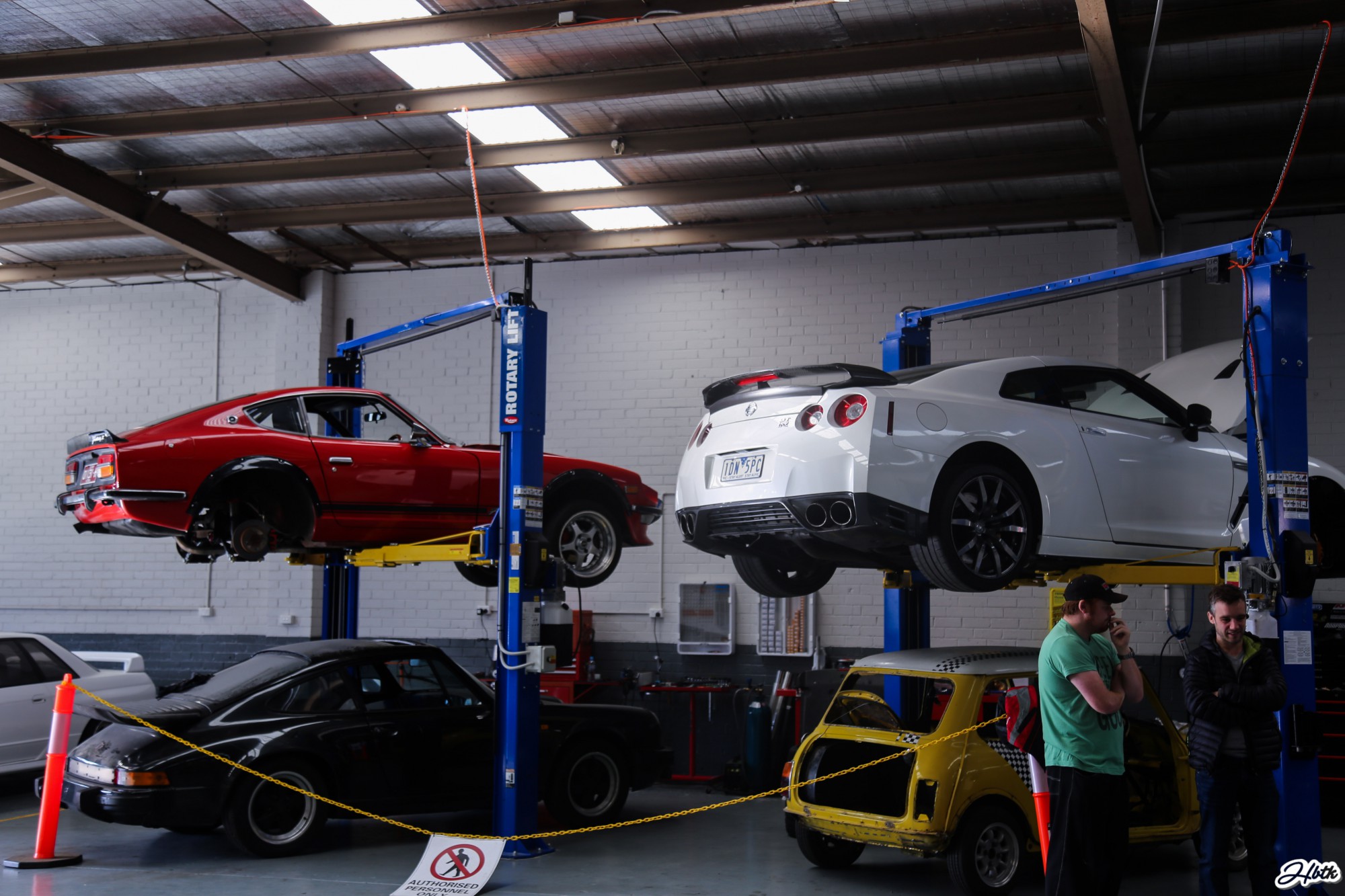 These two distant relatives of the Nissan family gained plenty of looks of desire, and I was quite taken by that black 930 turbo below the old Z. 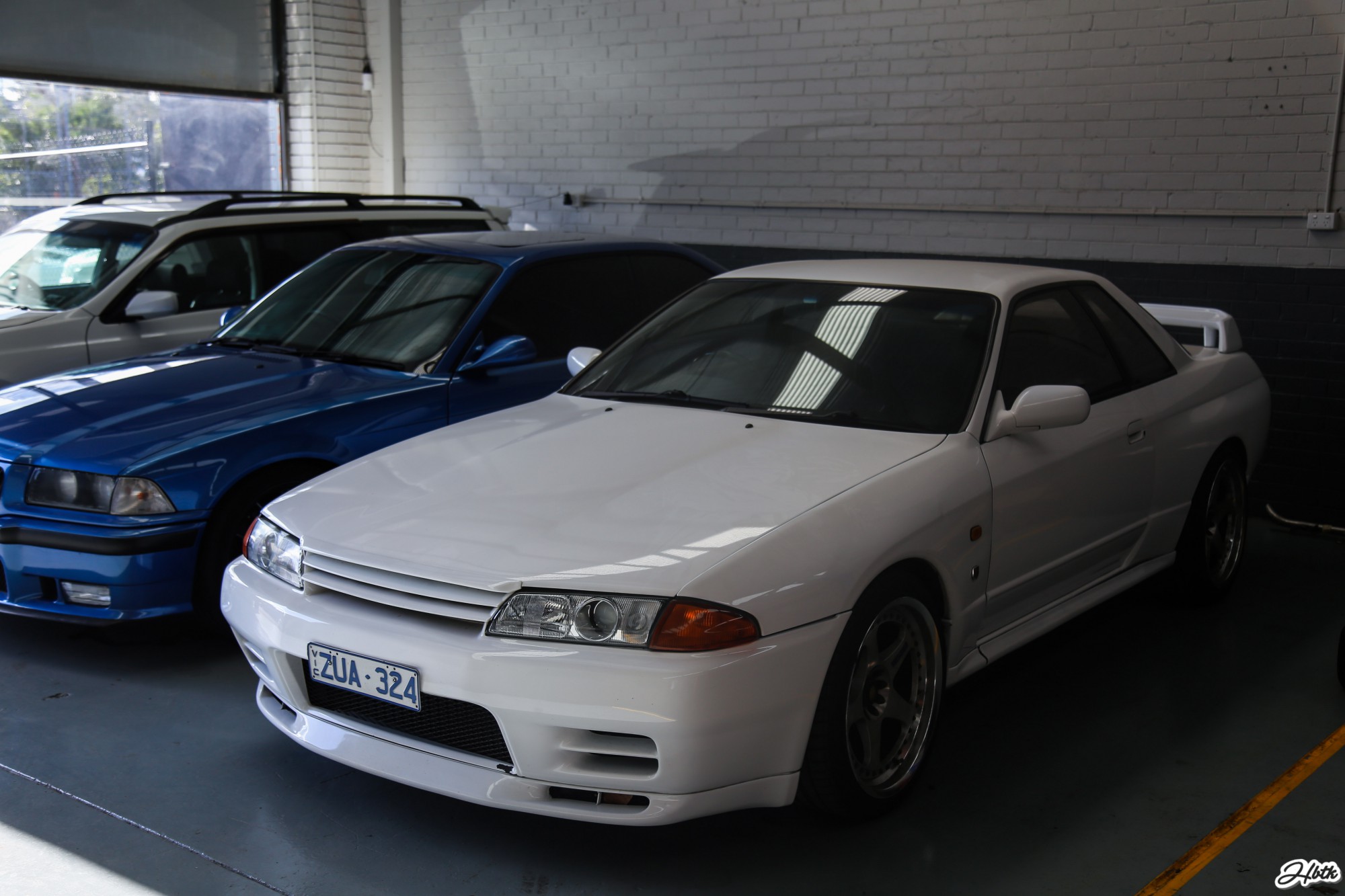 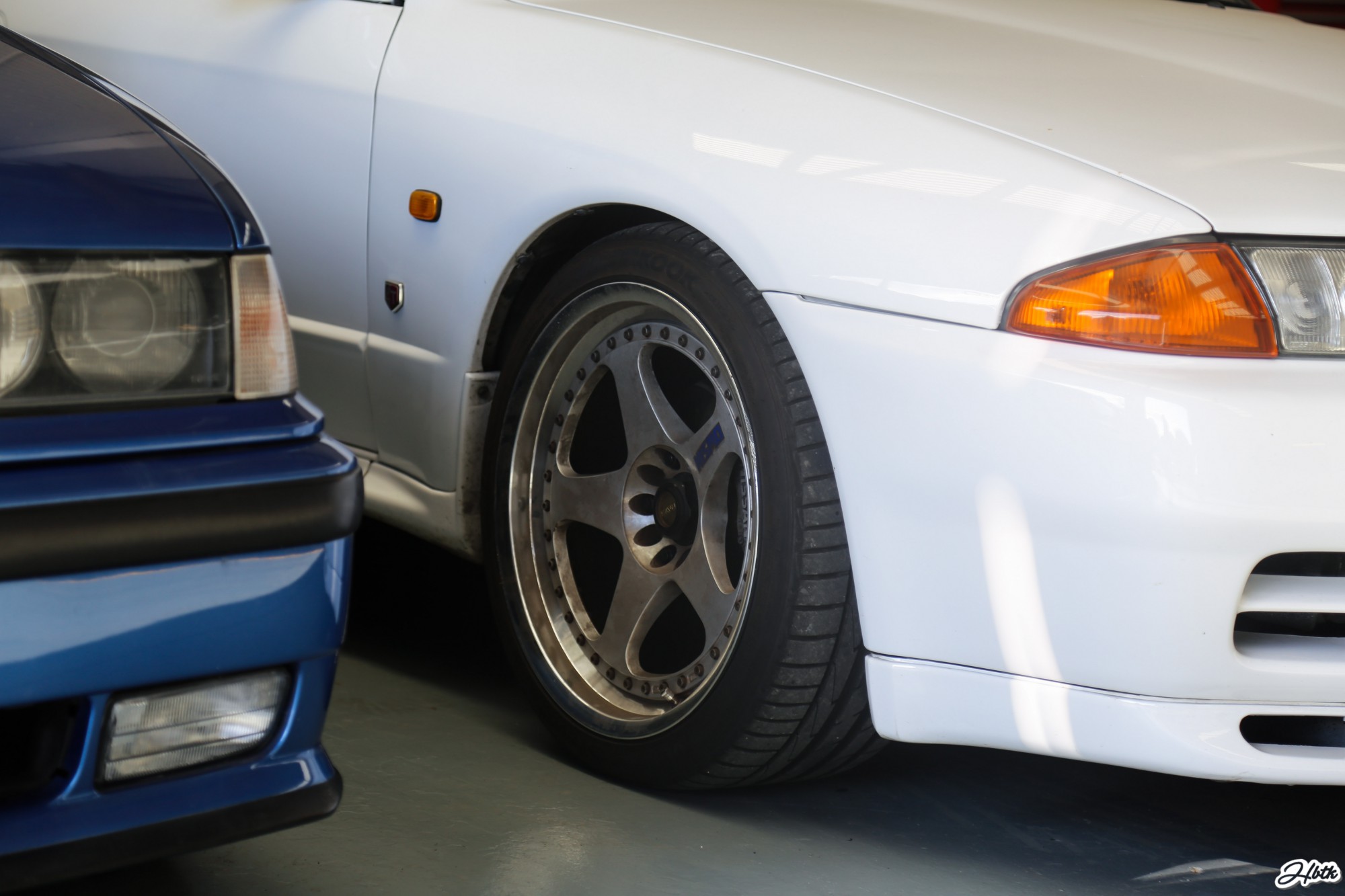 And this BNR32 was absolutely gorgeous on a set of period correct Nismo LMGT1’s. Visually it’s probably inch for inch how I would have my dream 32.

In pure Nugget Nationals spirit, some of the cars were more outrageous than others, like this Echo here which made the trek down from Shepparton, complete with boot mounted wing. This Echo is one of the many amongst the Nuggets, and probably the most extreme! Regretfully having only got there in the afternoon, I had missed most of the Nuggets. Top three cars however went to Jason in his 02 Echo Sportivo at a staggering 60.8kw, second to an EG Civic at 60.0kw, and third place to an 03 Honda Jazz at 59.4kw. 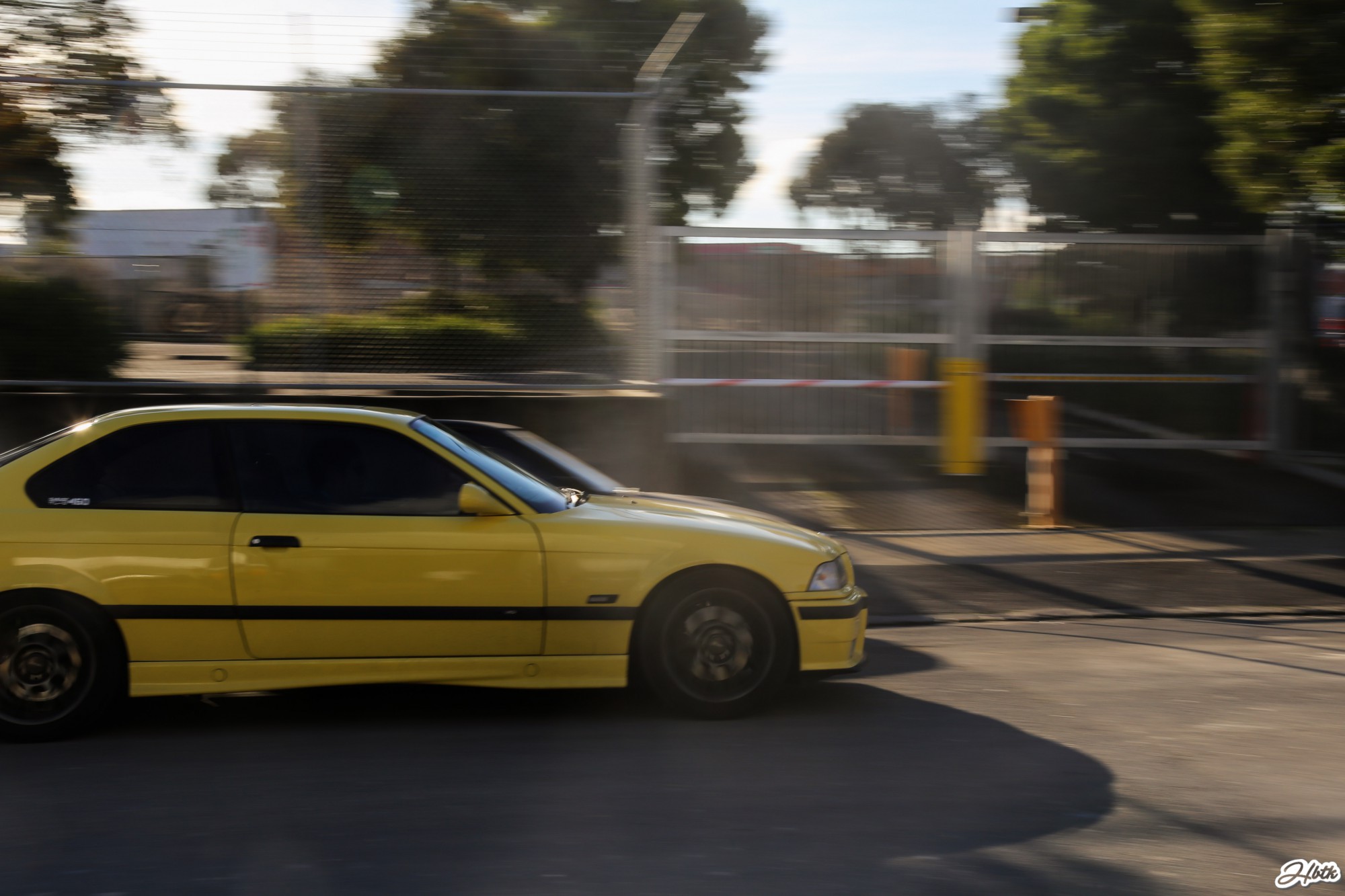 Things wrapped up around mid afternoon, after a day of good company and even better banter. The appeal of the Nuggets events to me is the love of cars at its purest form. It brings everything back to the grassroots. Everyone here loves and has more fun in cars that many would turn their nose at. There’s something wonderfully refreshing about that.

Until next time guys! :D

See you at Winton later this year, if not sooner! :P