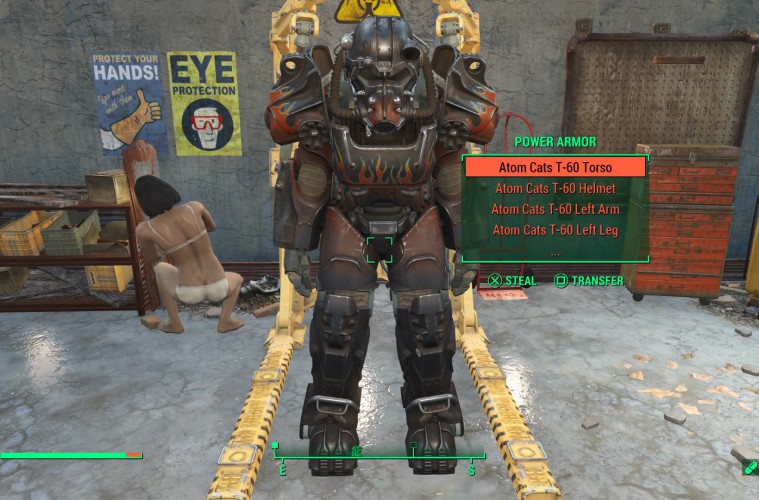 I’ve not so secretly been pretty excited about the re-release of DOOM. Bethesda, developers of the game sent me a copy for PC which I’ll be playing soon (once I figure out which PC gaming laptop I want to purchase!), but included in their care package was a copy of Fallout 4 for PS4 so I thought I’d give it a go (game has been out for almost a year, but better late than never, right?!).

I’m new to RPG’s but I’ve had a great introduction to the concept via 1400+ hours on The Division, so I wasn’t at all daunted by the sheer amount of things you can do in the game straight off the bat. I’ve done a couple of things to help me “catch up” though; one is setting the difficulty on easy so that I waste less ammo (as ammo isn’t that plentiful in Fallout 4’s post-nuclear landscape), two is watching a bunch of YouTube clips on tips and tricks which end game Fallout 4 gamers wish they knew when starting out to help me avoid investing into the wrong perks. 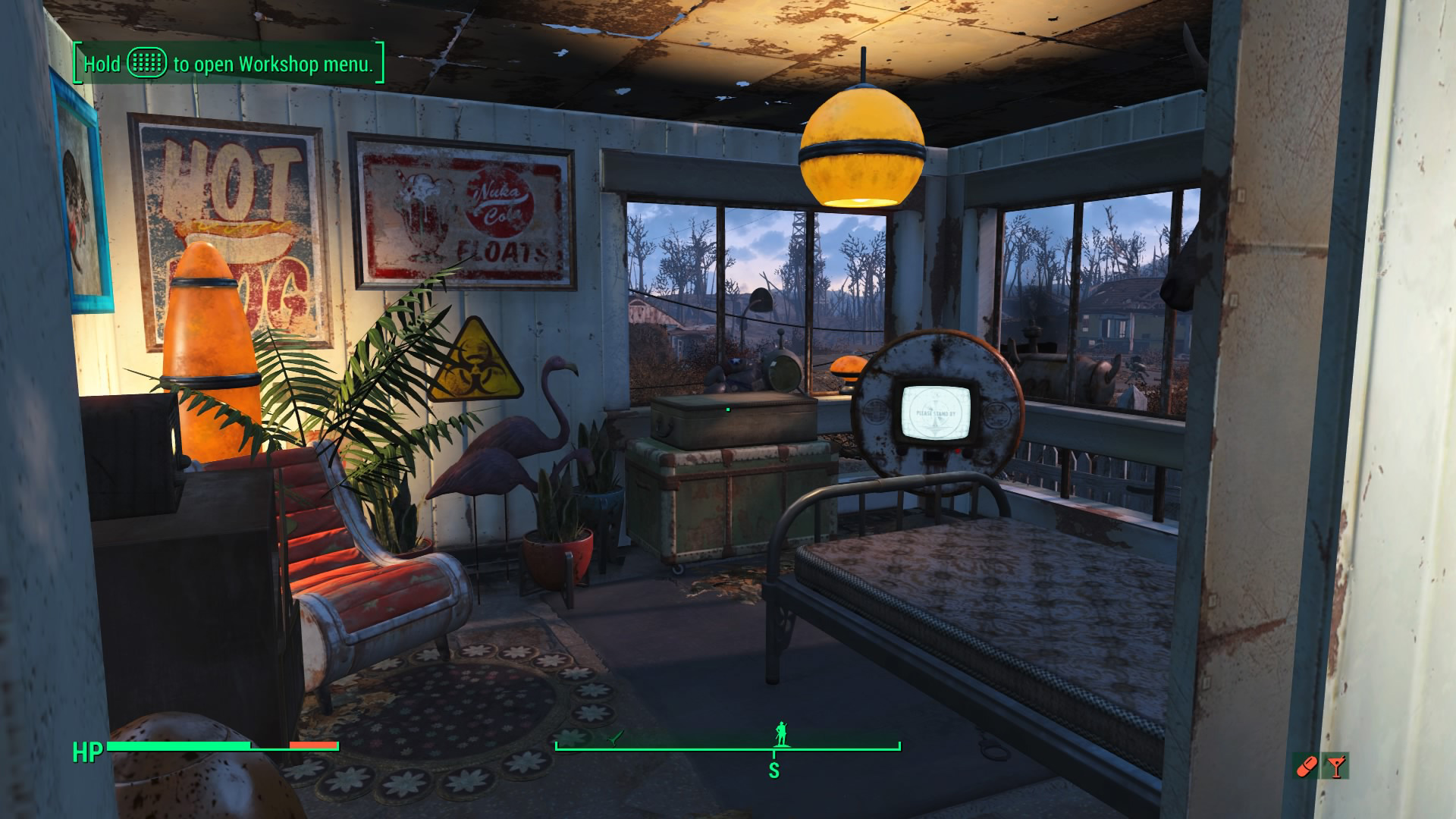 Intro: Fallout 4 is set in a post-apocalyptic Boston in the year 2287. Your character emerges from an underground nuclear fallout shelter and subsequently explores the world to look for his son.

I generally hate game intros, and I kinda hated this one too. To me it felt forced, linear and a little boring and I found myself nit picking at the character realism (or lack of) and environment (say the house interiors, furniture, TV’s etc), which initially to me looked and felt not much different from a 90’s PC game. 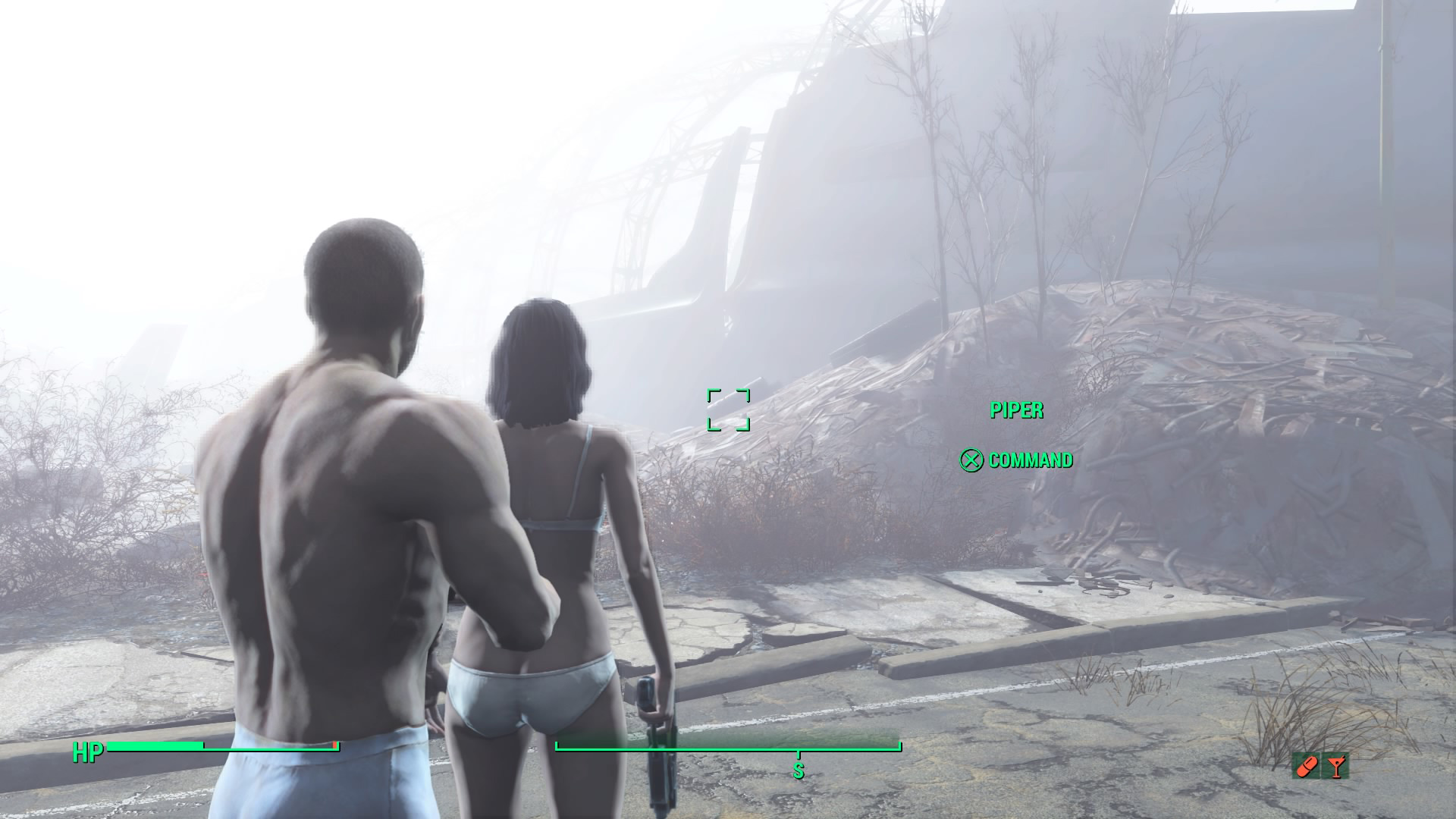 It’s not too long though before Fallout 4 sets you free in it’s huge open world, and before you know it you’re looting, exploring and getting sidetracked left right and centre en route to specific locations. The various YouTube guides I watched helped me to get to level 10 pretty quickly and I’ve distributed my perks into lock-picking so I can crack more safes to stock up on ammo, being able to carry more inventory and gun smithing so I can mod my guns for more damage. I’ve already gotten a few powerful weapons and also a few power armour suits, which are so so cool! The animation of getting in and out of them tickles me, lots! 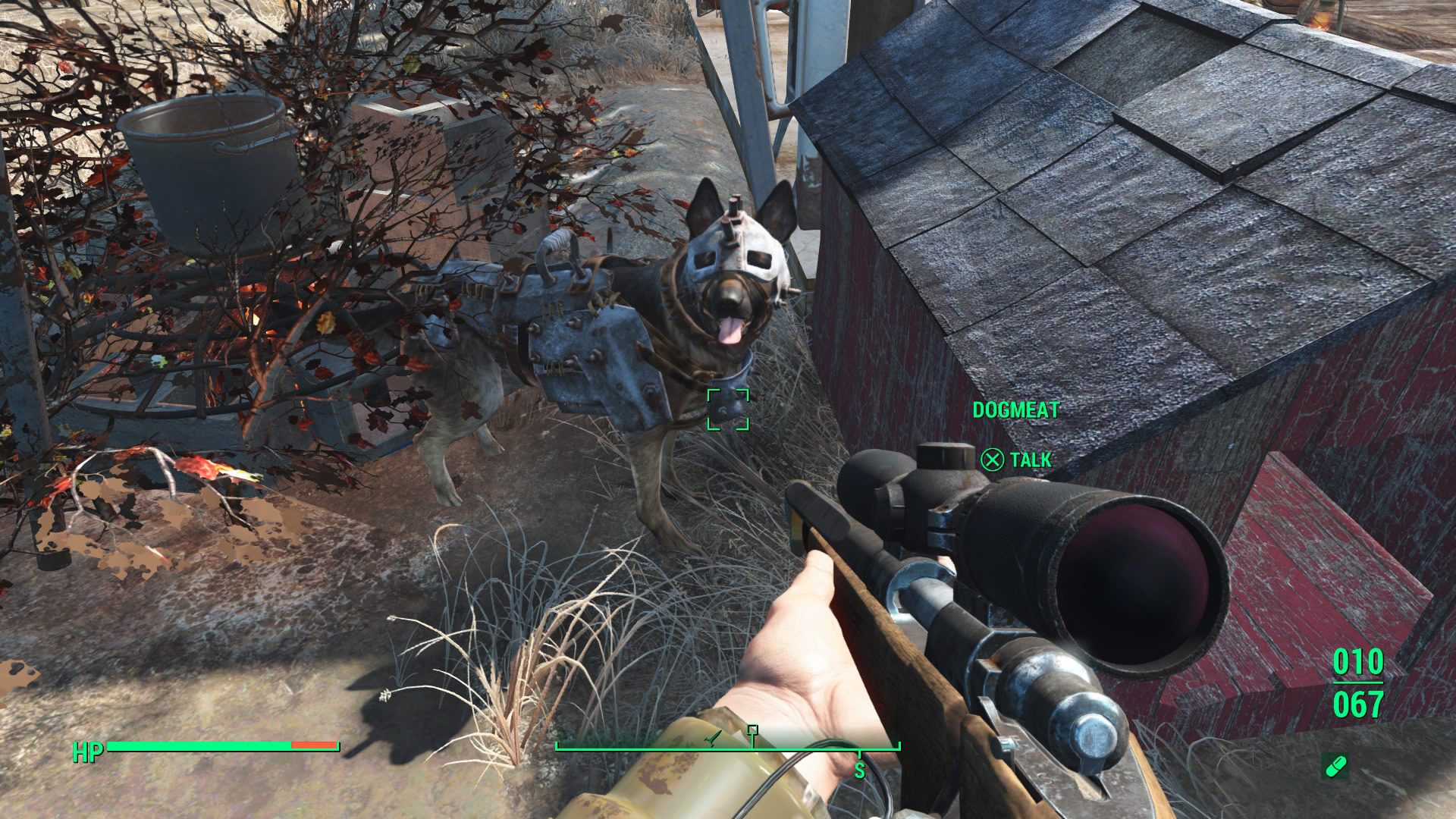 Characters: Meet Dogmeat, he’s my loyal companion! You can choose various companions as the game goes on, but he’s my fave so far, roaming the scary post-apocalyptic world would be super lonely without him!

Looting: You can pretty much pick up everything in Fallout 4’s open world. Managing the weight of your inventory is a constant pain in the ass though. Once you’re overloaded you can’t run and this has to be the single most frustrating thing about the whole game for me so far as I just want to pick absolutely EVERYTHING up! 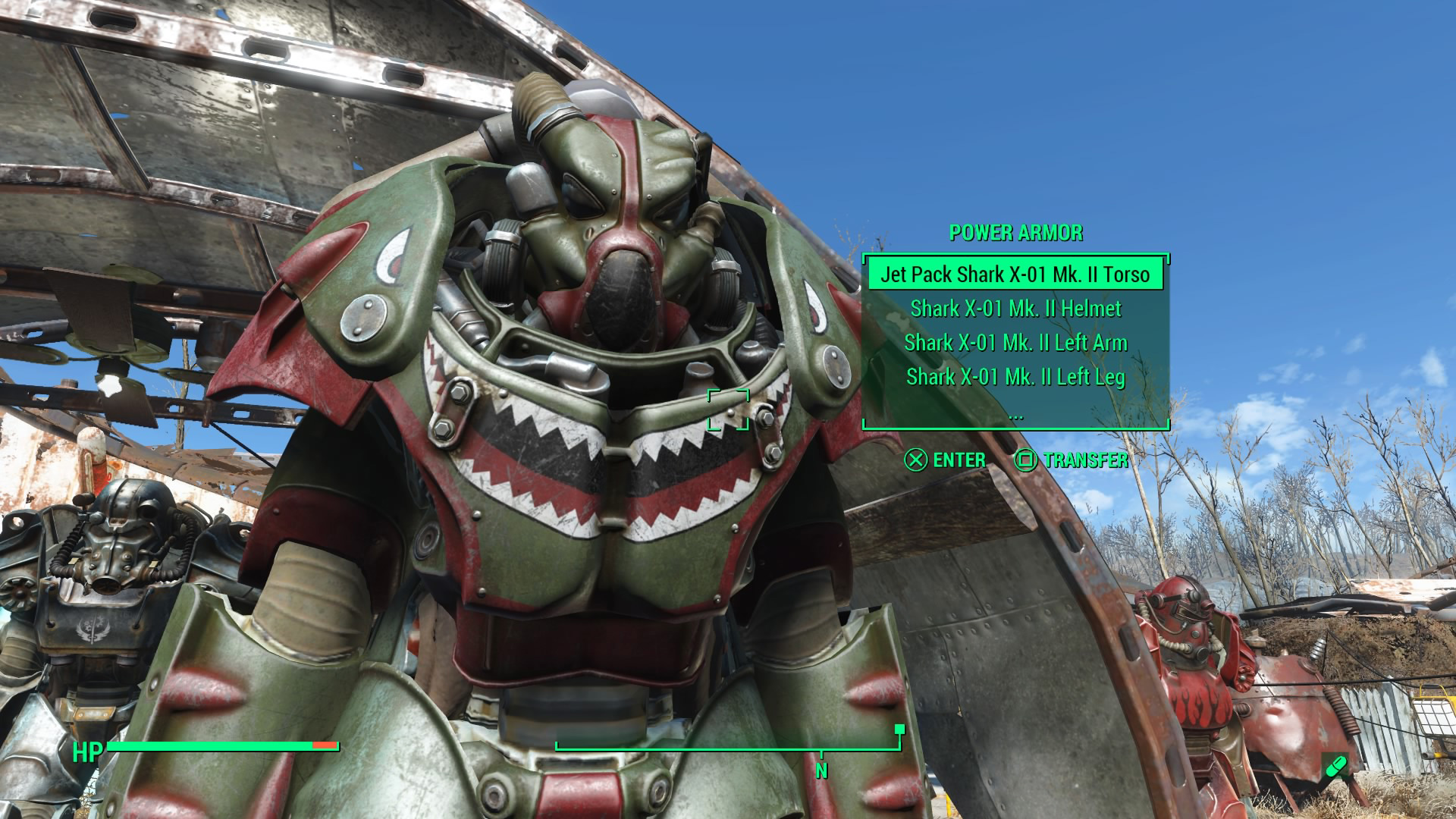 Shooting: There’s always a bit of adjustment that needs to be made when hopping from one shooter to the next. Fallout 4’s crazy guns feature crazy crosshairs, all of which take some time getting used to. Fallout features an auto aim feature called VATS, it’s a kind of bullet time slo-mo thing which I find absolutely frustrating so I’ve avoided it completely and I’m relying on aiming with the controller. I’ve found that going in guns blazing works much better for me than taking cover and executing sneaky kills. Running out of ammo mid fight is a common thing though so I tend to save VERY often in order to proceed through harder quests. 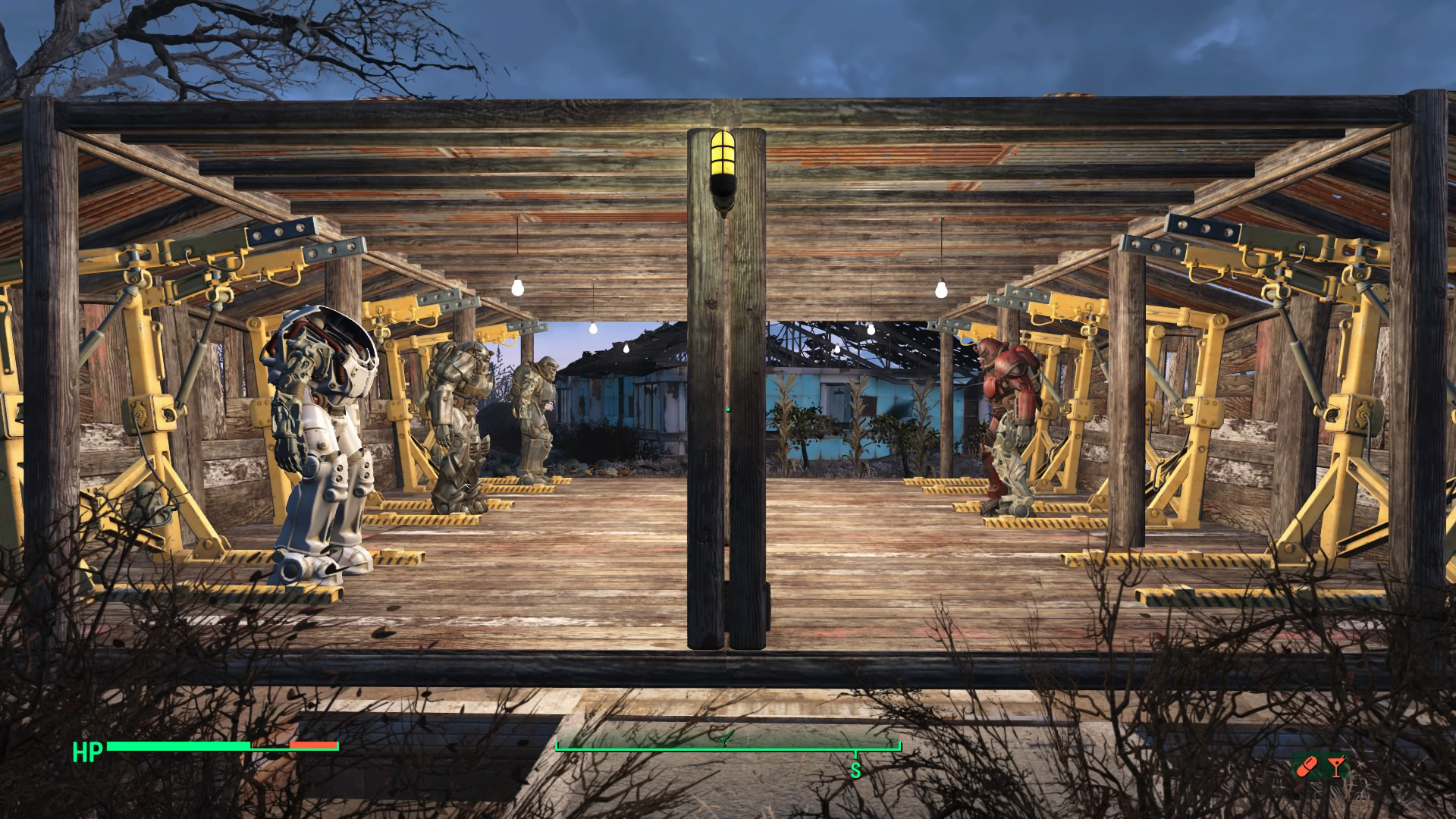 Crafting: Building up settlements is pretty finicky in the game, and a bit of a steep learning curve with lots of trial and error, but it’s bottomless. What some people on YouTube have done with their settlements, turning them into amazing towns, is waaaay beyond me! I’m determined not to get caught up in a SIMS like game experience though, and have been crafting just the basics to get going; harvesting water, food, making beds, adding power, just the simple things to help me level up. 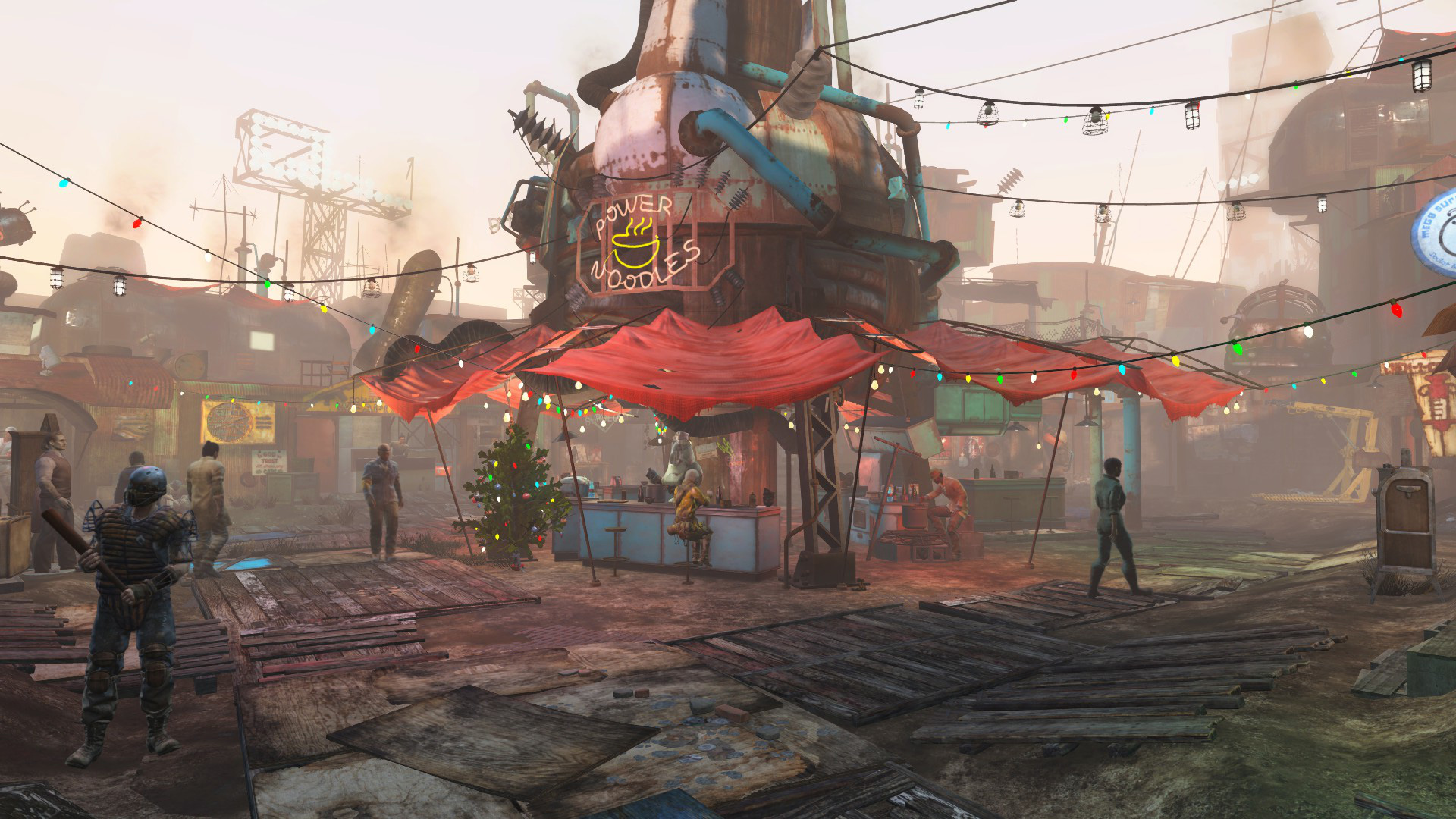 Diamond City. Don’t quit the game until you get here, at least.

I’m sitting on level 17 now, and I’ve managed to reach Diamond City, which isn’t exactly where the game starts, but it feels that way as the story of your missing child kicks into high gear and there’s a lot you can do from the city, and it acts as a great marker to let you know you’ve at least played the game past the “intro”. 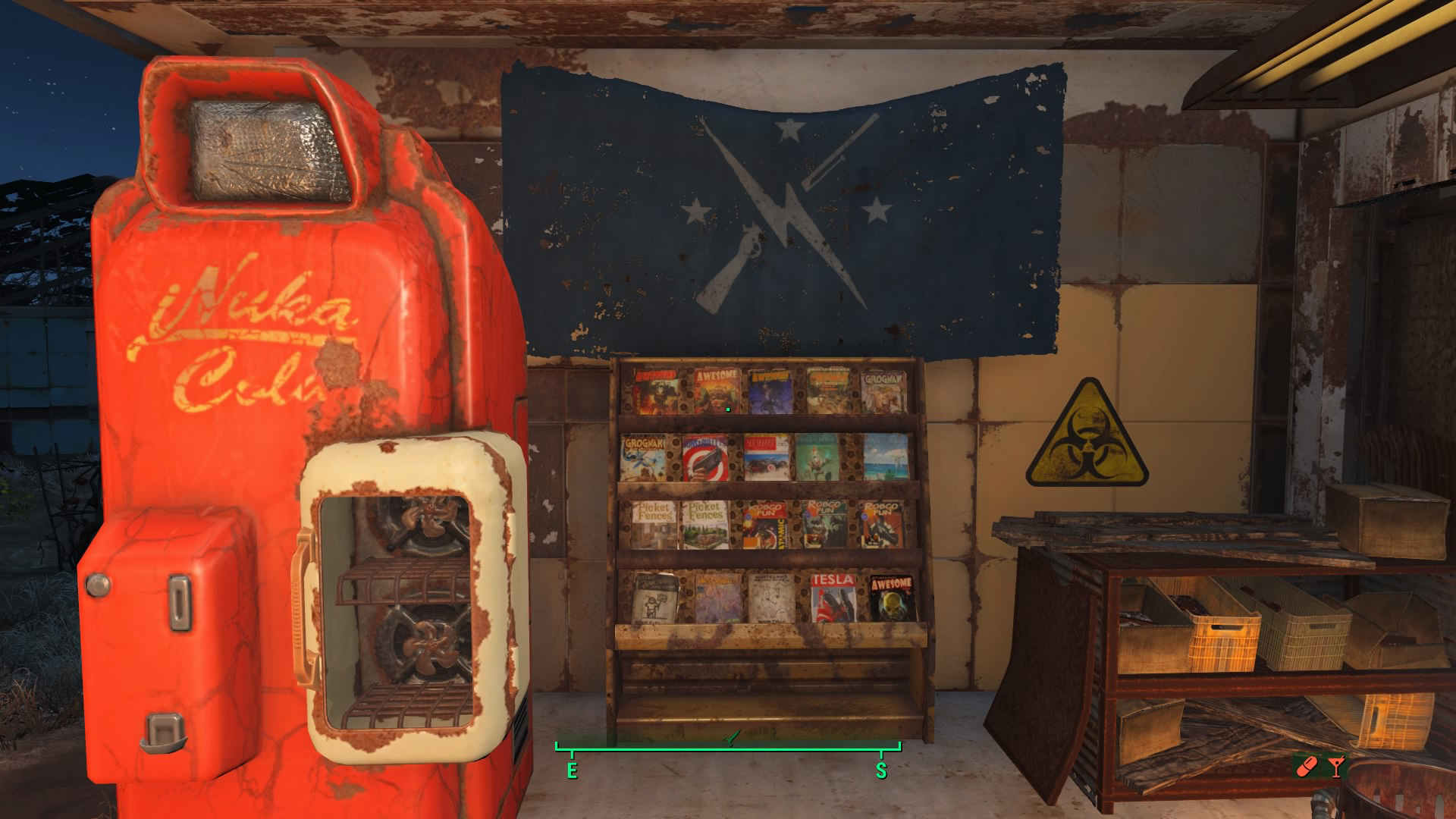 Design: Man, this is where Fallout 4 shines. All the glorious patina! The worn out retro graphic design and insane steampunk-esque weapon designs in this game are made with SO much love. I can’t get over it, and how much awesome art there is in this game!

The Pip-Boy is green screen (reminds me of old macs!) device you wear which you will be using a LOT in the game as it’s your main interface to pretty much everything. You can even change the colour of it. I’ve changed mine from the matrix green to Zen Teal and it rocks! 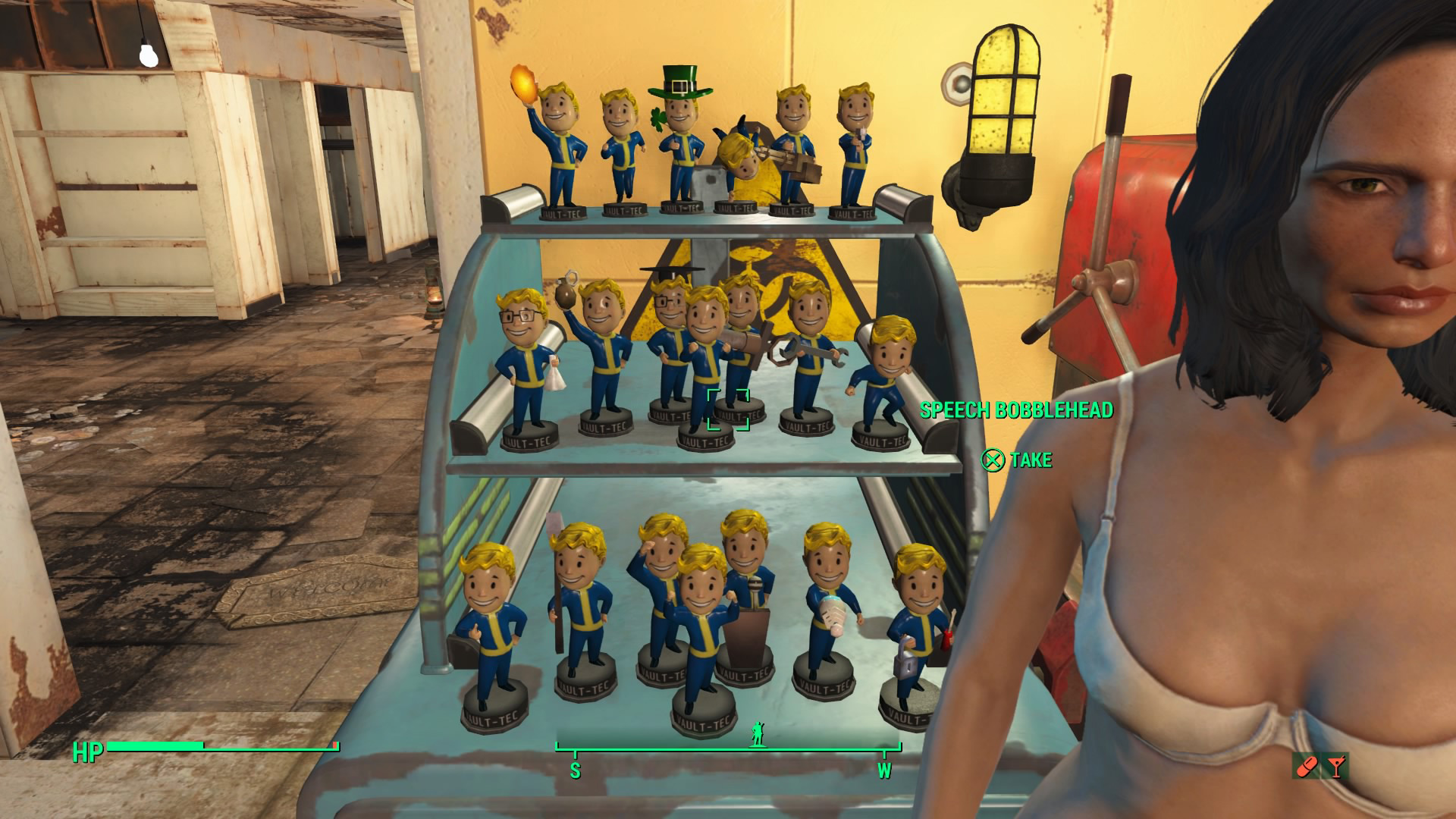 Hours: Gaming is grinding, especially when it comes to RPG’s so I’m not sure how many more hours I’ll be putting into developing my character, or environments, but I can say that it’s been a great play so far and if I do finish the game there are plenty of DLC’s available too. So, better late than never? Definitely the case when it comes to Fallout 4!