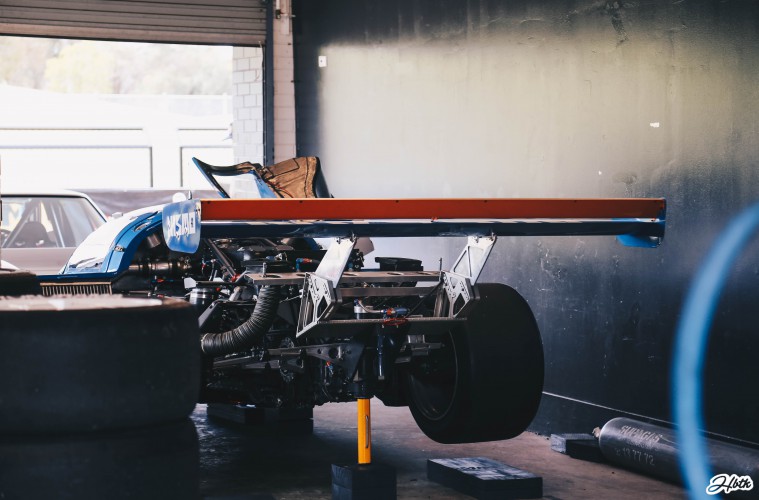 For most, World Time Attack consists of only the two race days on Friday and Saturday. Having come up to Sydney almost a week earlier, my WTAC felt much longer than that. A good friend of mine, Adian, was competing in ClubSprint class and I unofficially joined his team for the week. Keen for as much practice time at Sydney Motorsport Park before Friday, we drove through the night on Monday from Melbourne to make a track day on Tuesday. We left Melbourne at about 10, and arrived bright and early on Tuesday at 6:30am… (#NeverAgain) 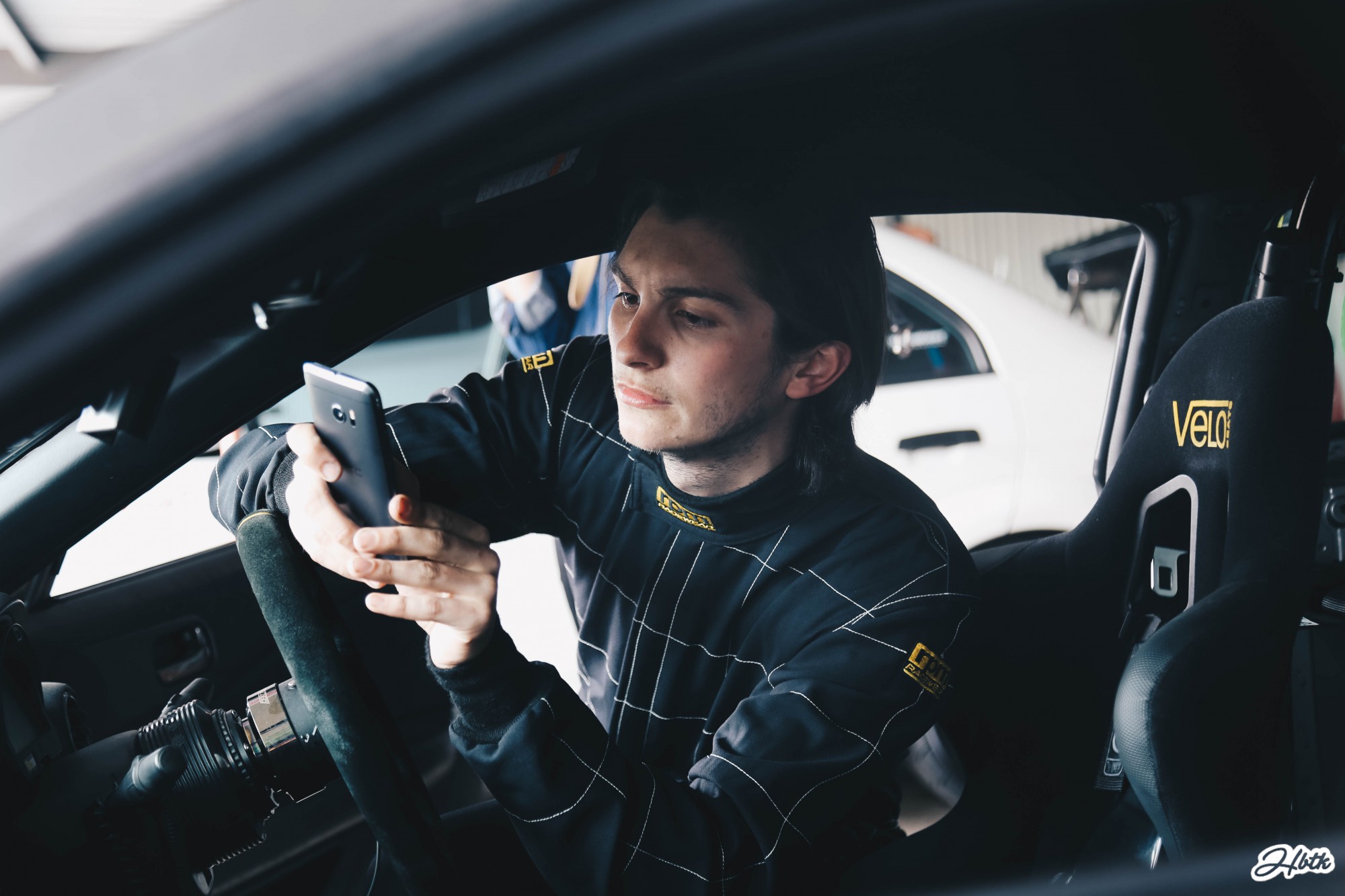 Thursday marked the official practice and setup day, a quiet day mostly, I hope that this post offers some insider insight into the atmosphere, for those competitors practicing, and the trade stands and vendors in a steady stream in-and-out to set up for once the gates open on the Friday and Saturday. 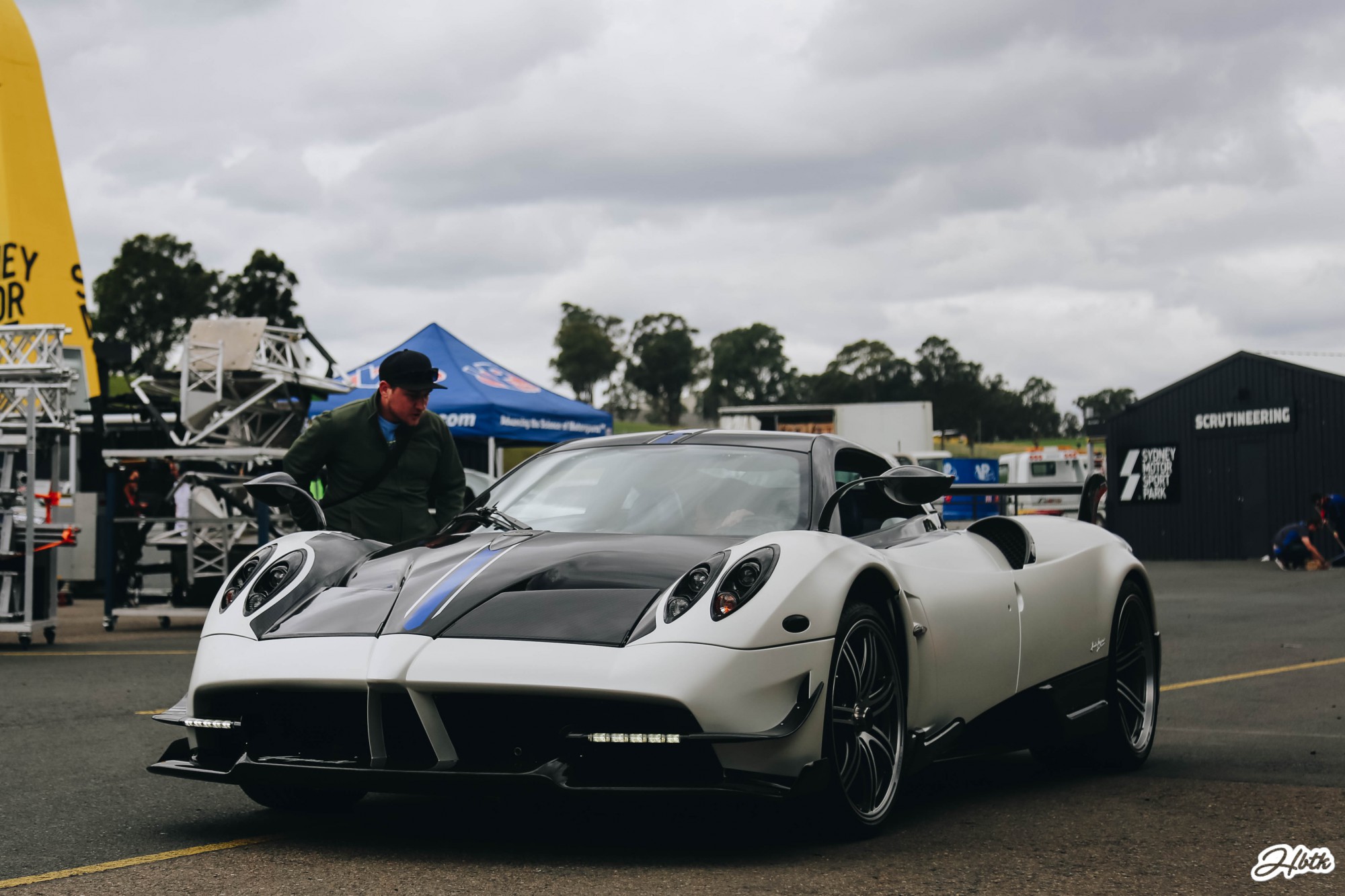 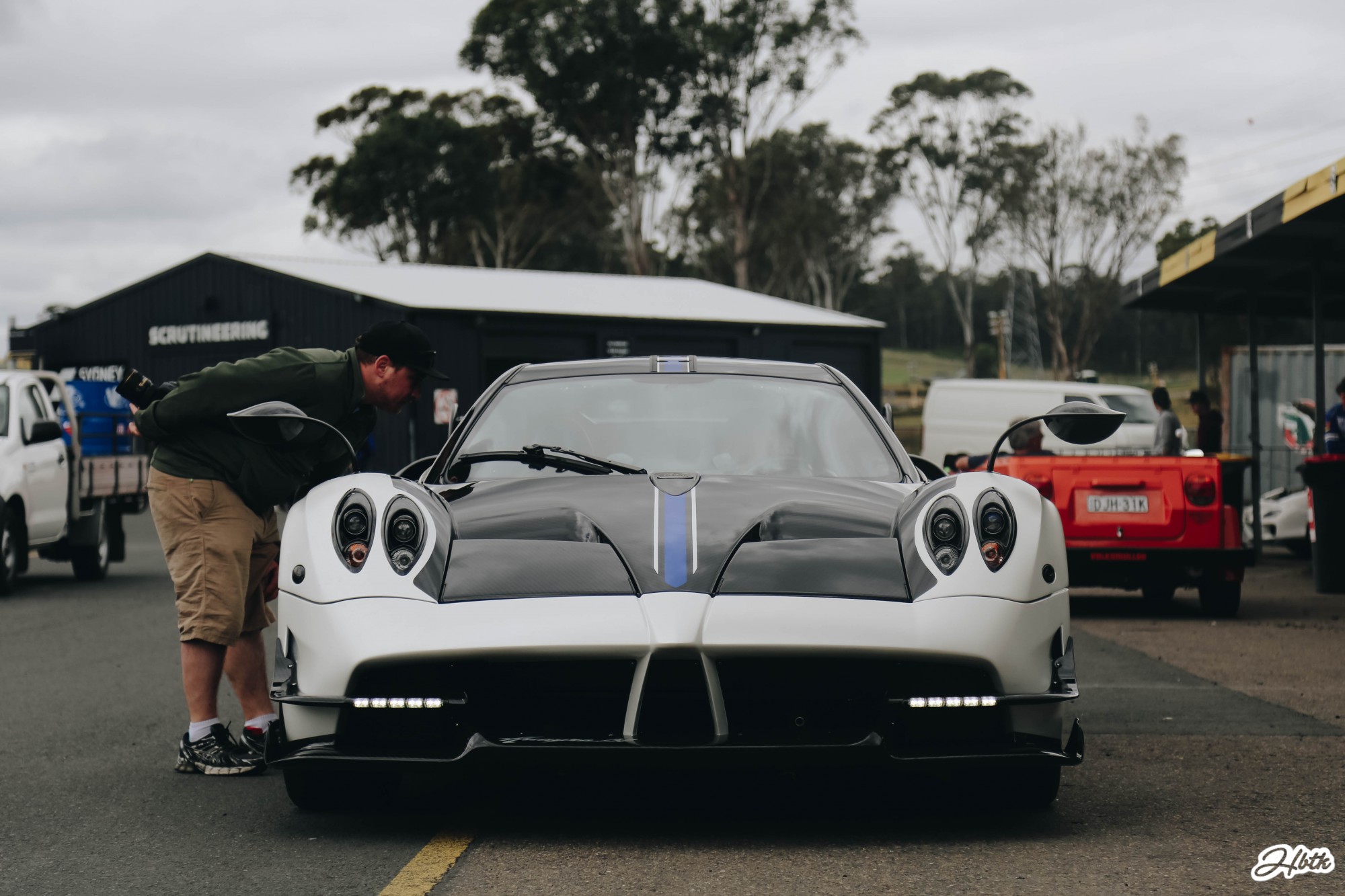 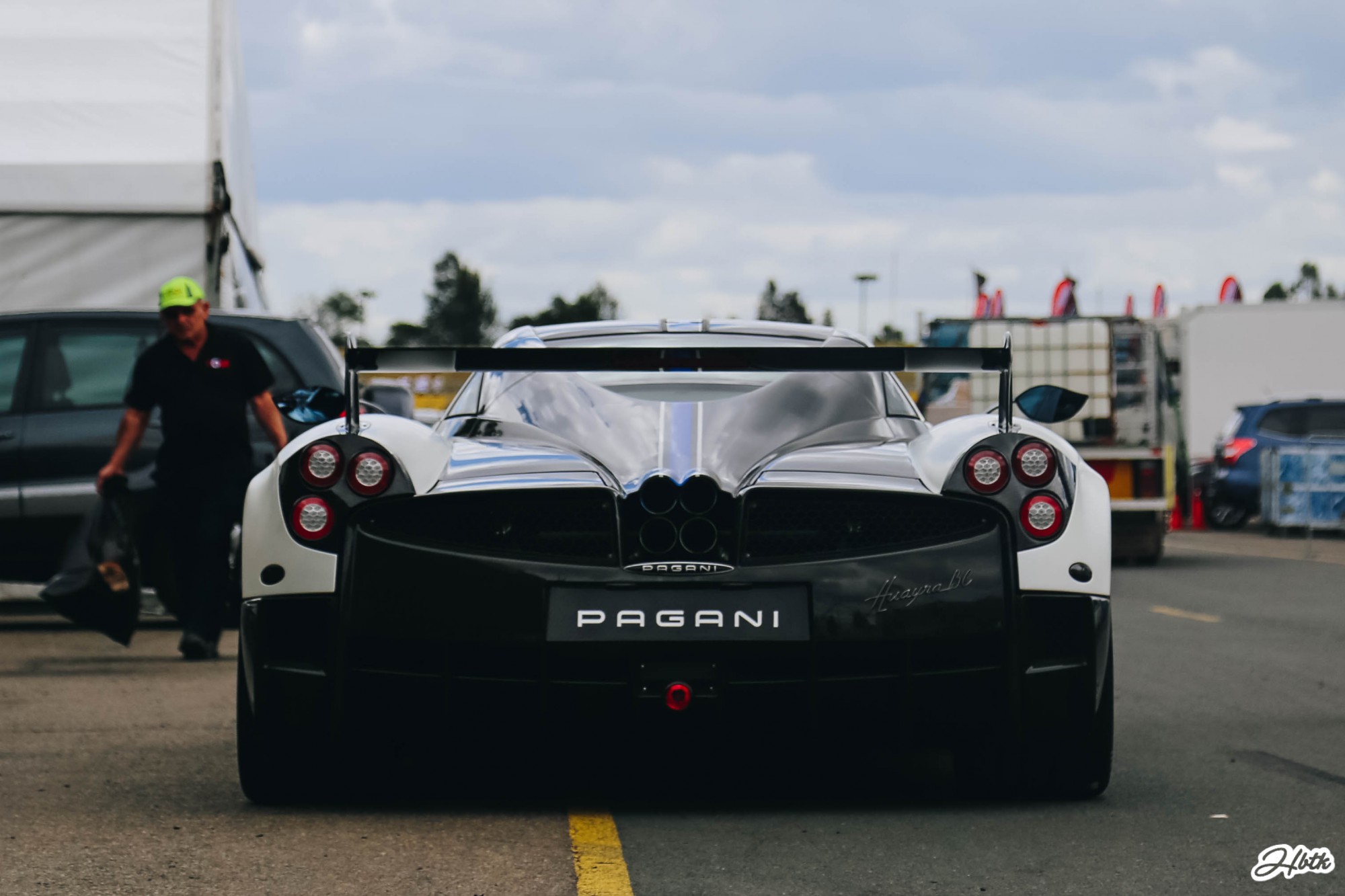 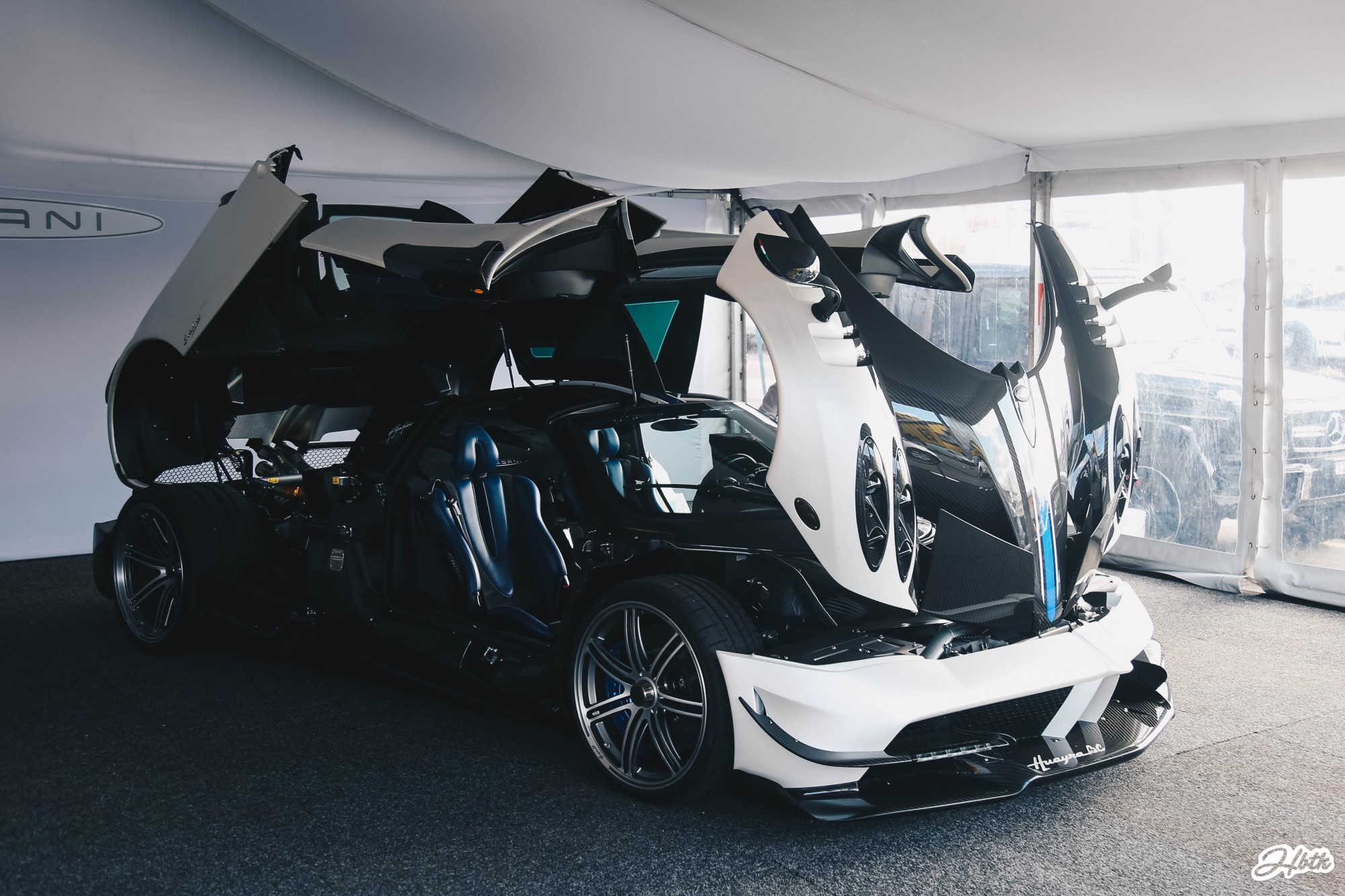 Having crossed the LaFerrari and Porsche 918 off my hypercar spotting list, the Huayra was one of the few left, and honestly one I never thought I would see on Australian shores. The Huayra BC was one of the major talking points leading up to the festival, and it was surreal to see it being wheeled around the pit area up close. If you’re a fan of this car, you’ll want to check out my later posts as it ended up being in front of my lens numerous times! 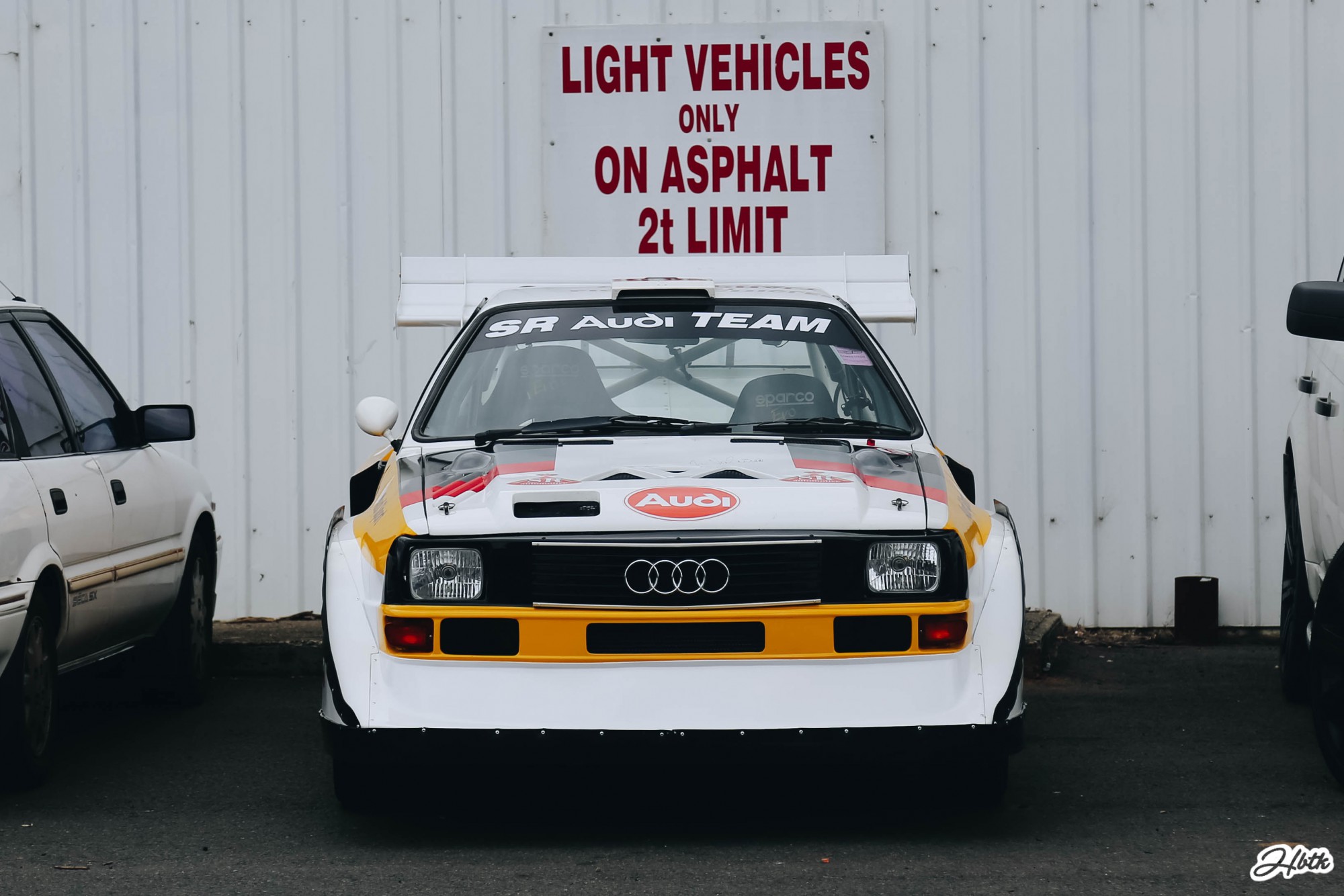 It was my first WTAC after years of wanting to come but the work schedule never quite allowed. One of the most poignant things anyone ever told me about it was how myths and legends, both cars and drivers alike, would so casually cross into the real world. Another car I never expected to see in the flesh, an Audi S1 Quatrro- parked here casually between an old Toyota Corolla and a Range Rover. A far removed setting from the image I always had of it; airborne over a blind crest, spit of flame out the back with the dirt road lined with unprotected spectators less than a meter either side. This car is the embodiment of an automotive legend. 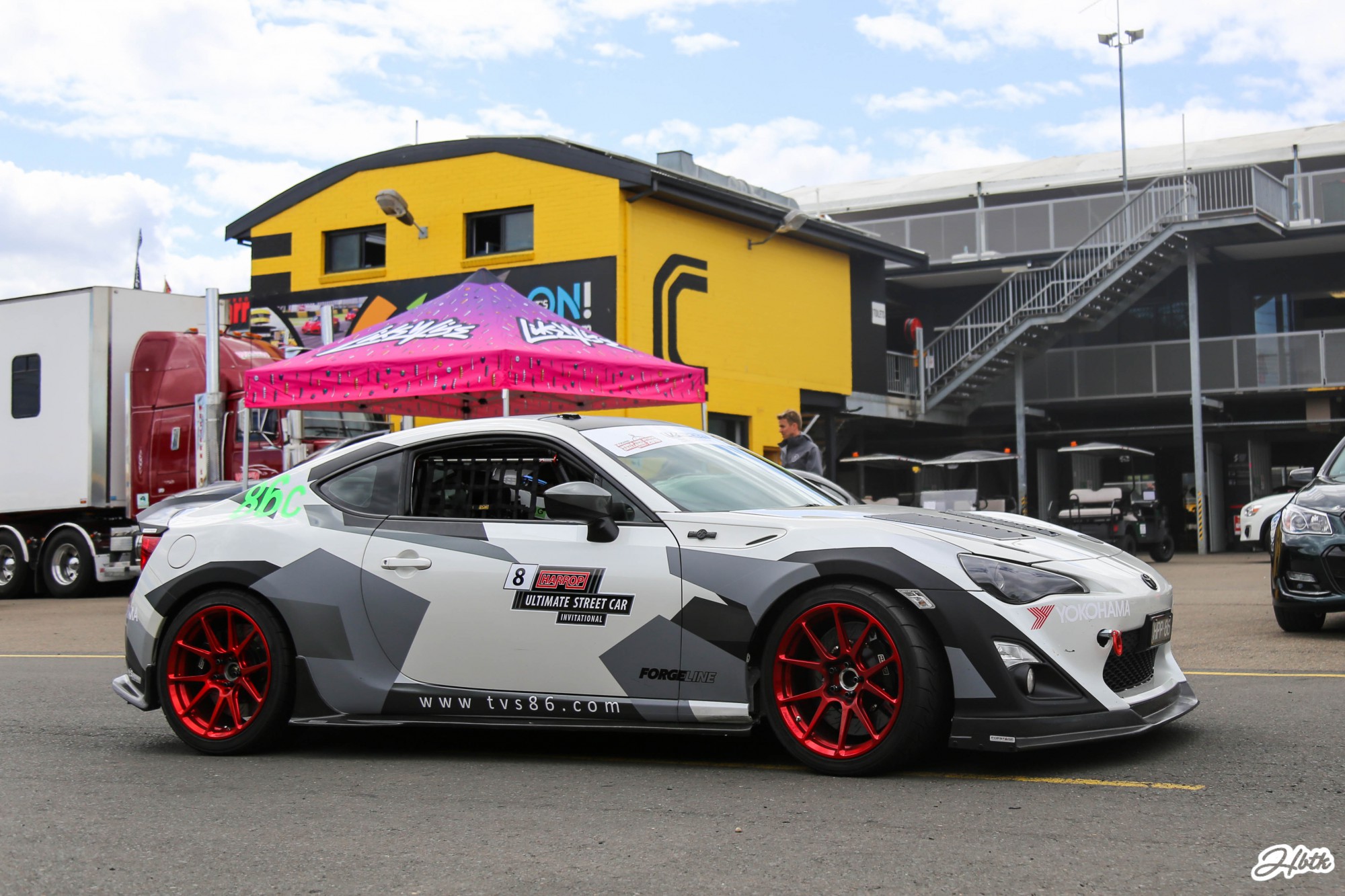 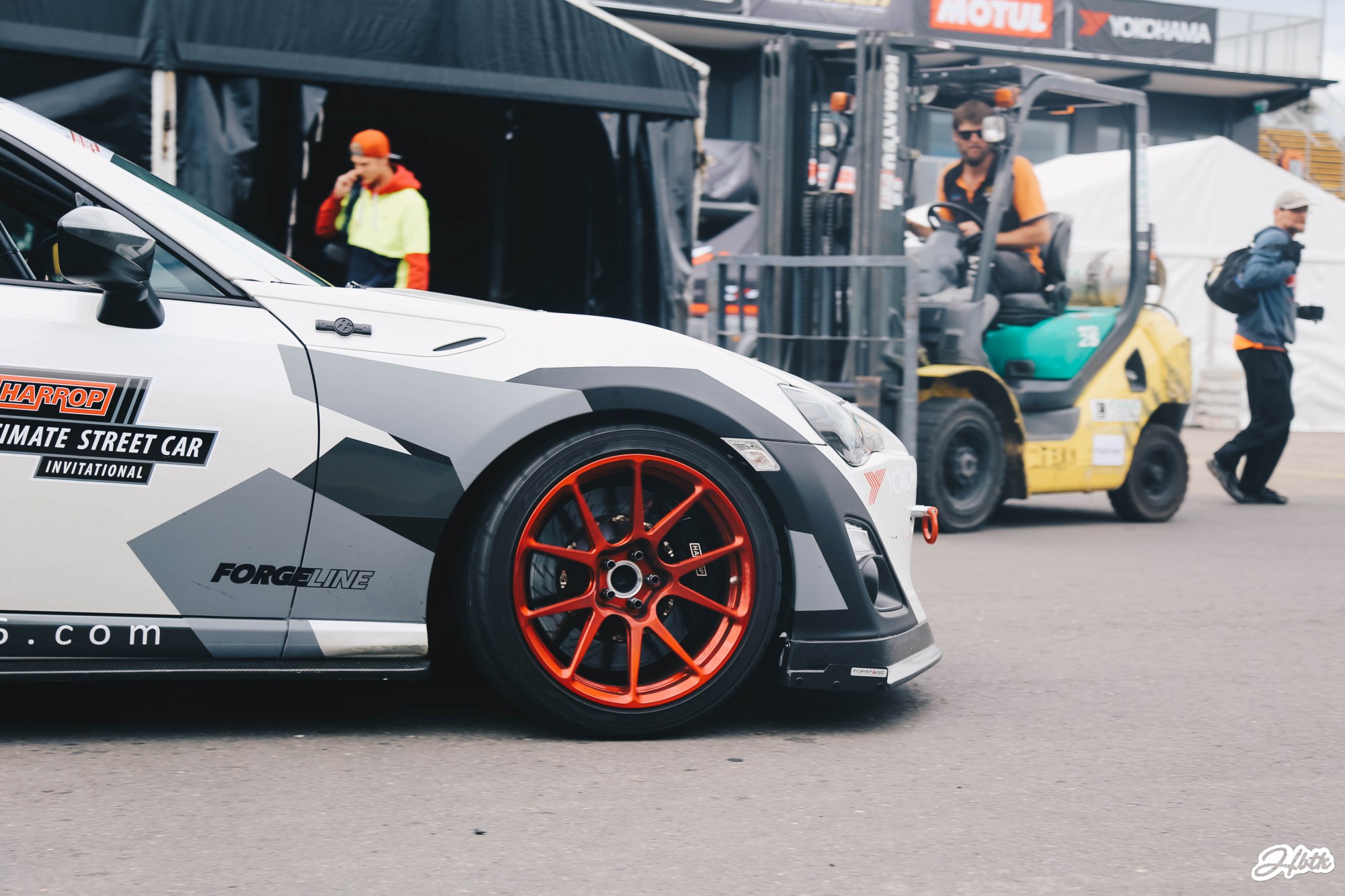 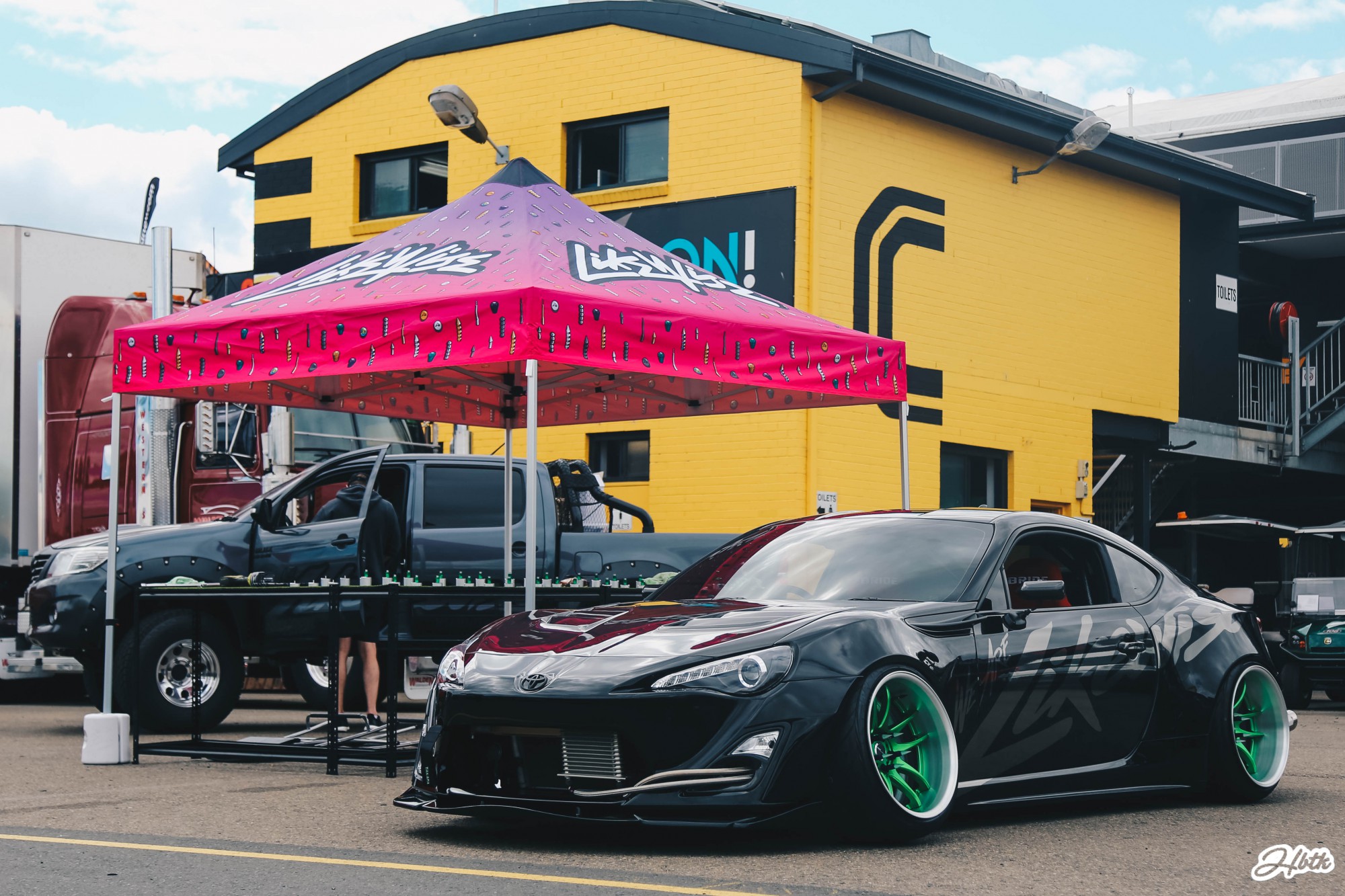 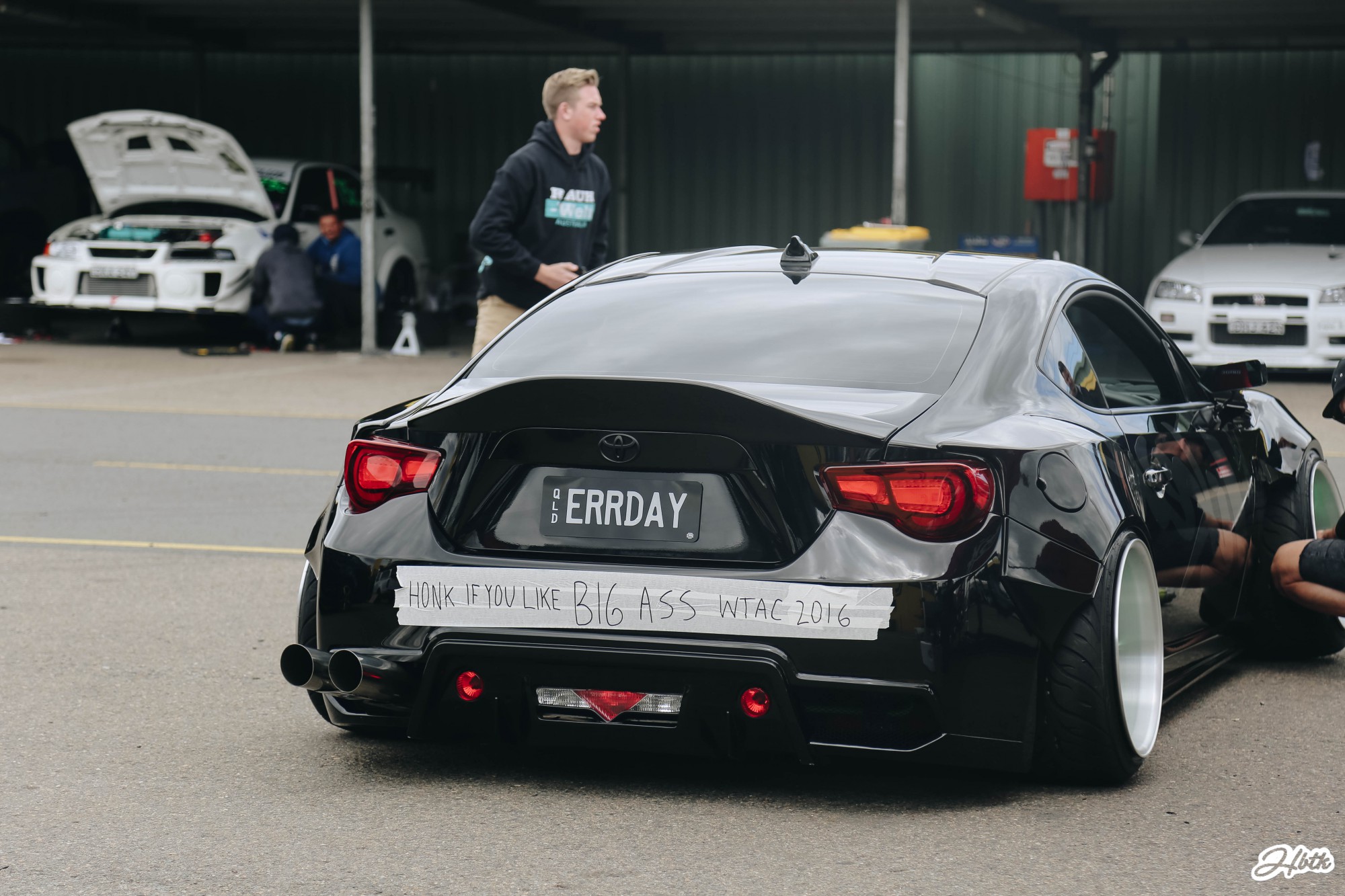 Two demo ZN6s, with polar opposite styles. Likewise’s Aimgain widebody 86 is one of the country’s wildest builds, to match their own line of wild shifters (shoutout to the boys for setting me up with a Unicorn Vomit Finger Banger, yes that’s what it’s actually called). Conversely, Harrop Engineering’s is built with pure tarmac munching focus. I dream of their in-house developed and built supercharger kit for my own ZC6, and have plans for one in the semi-distant future. 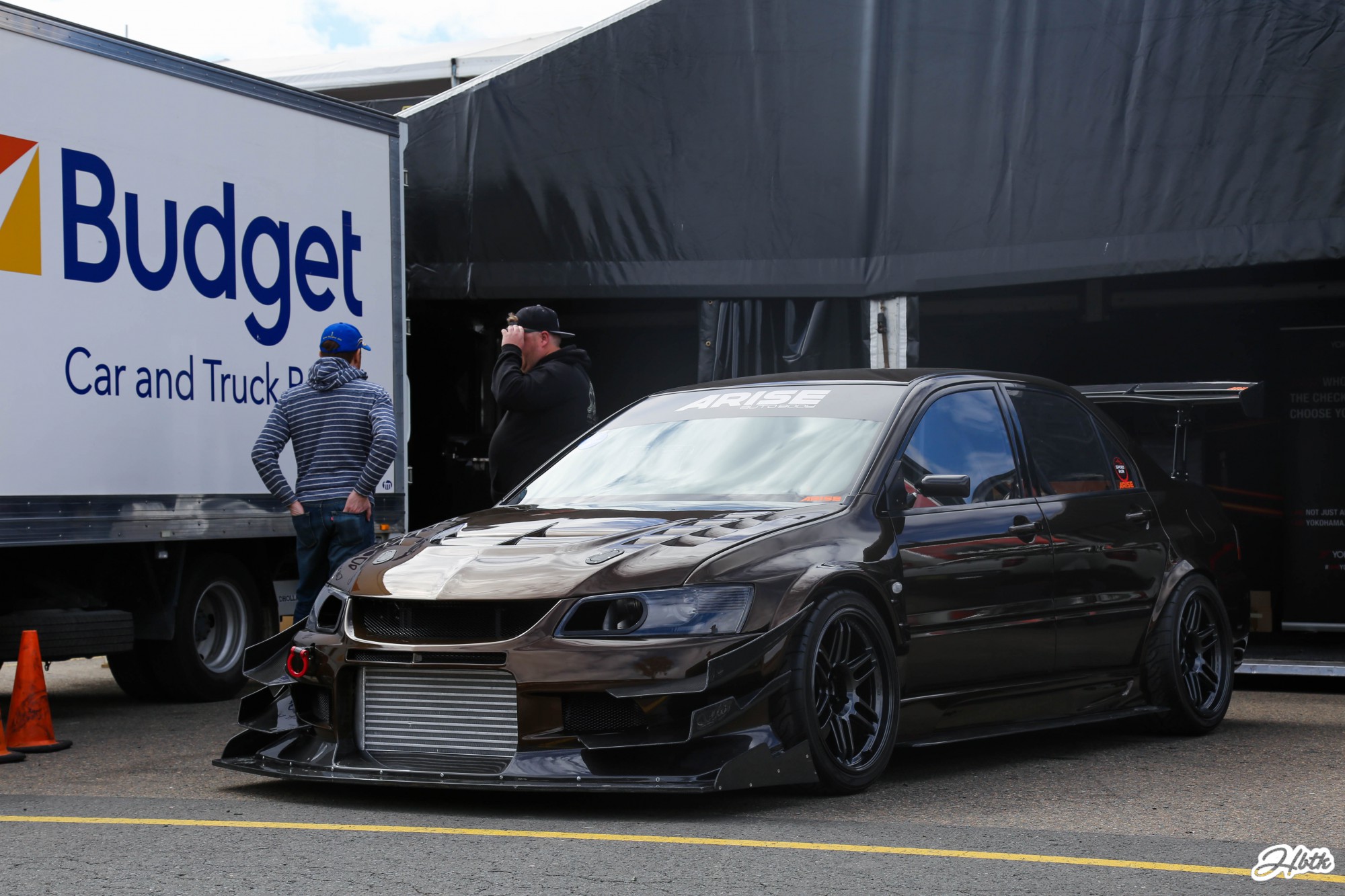 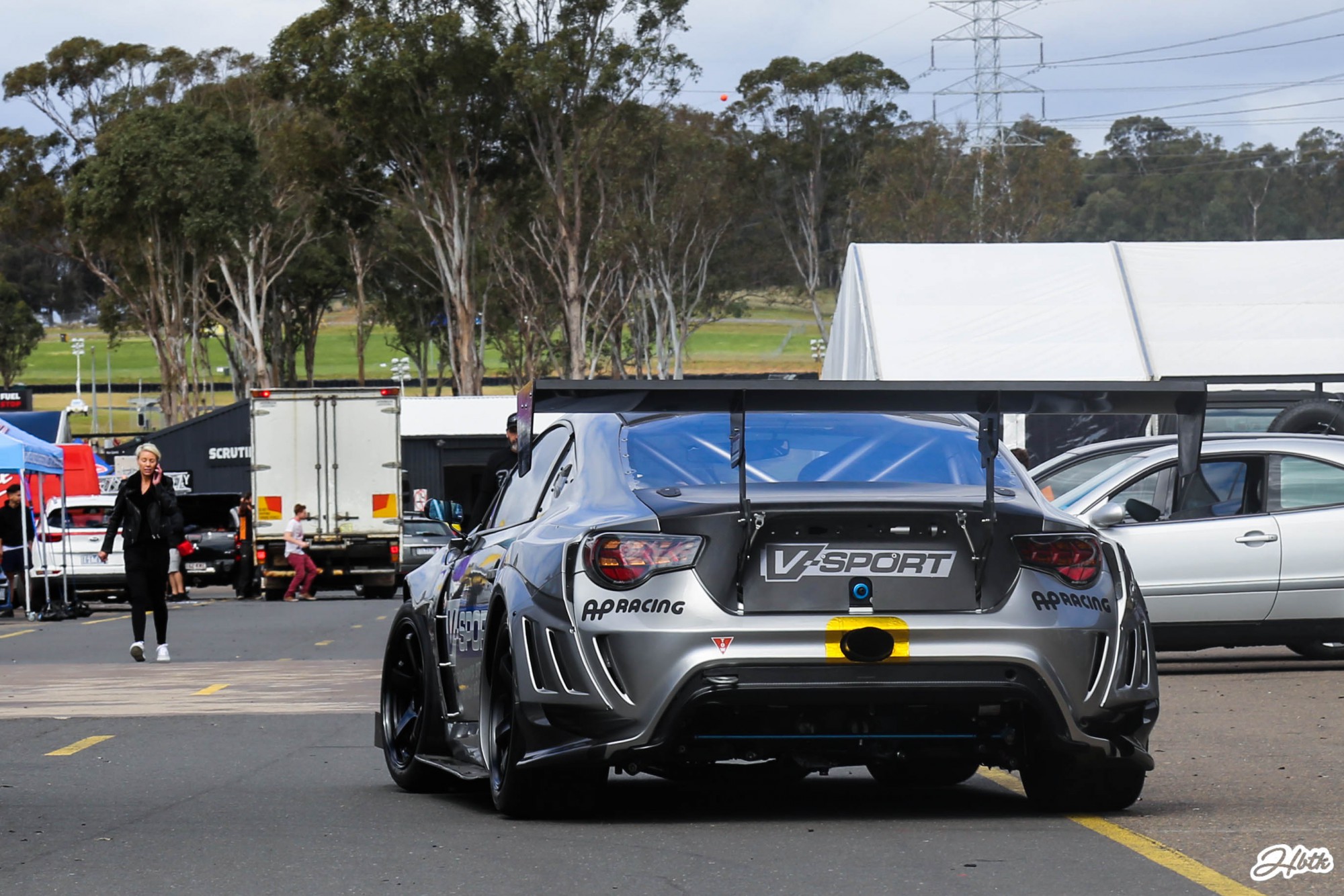 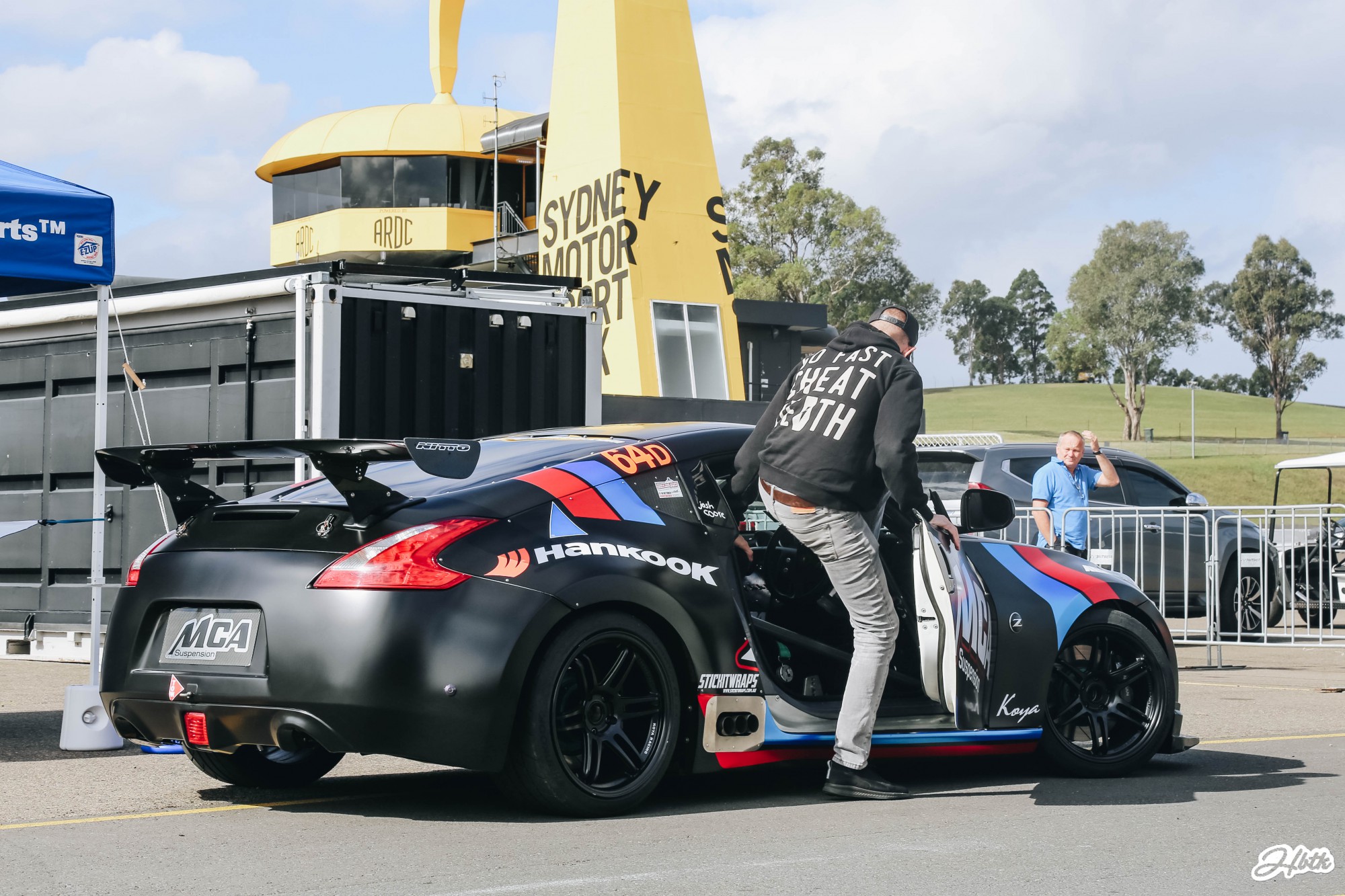 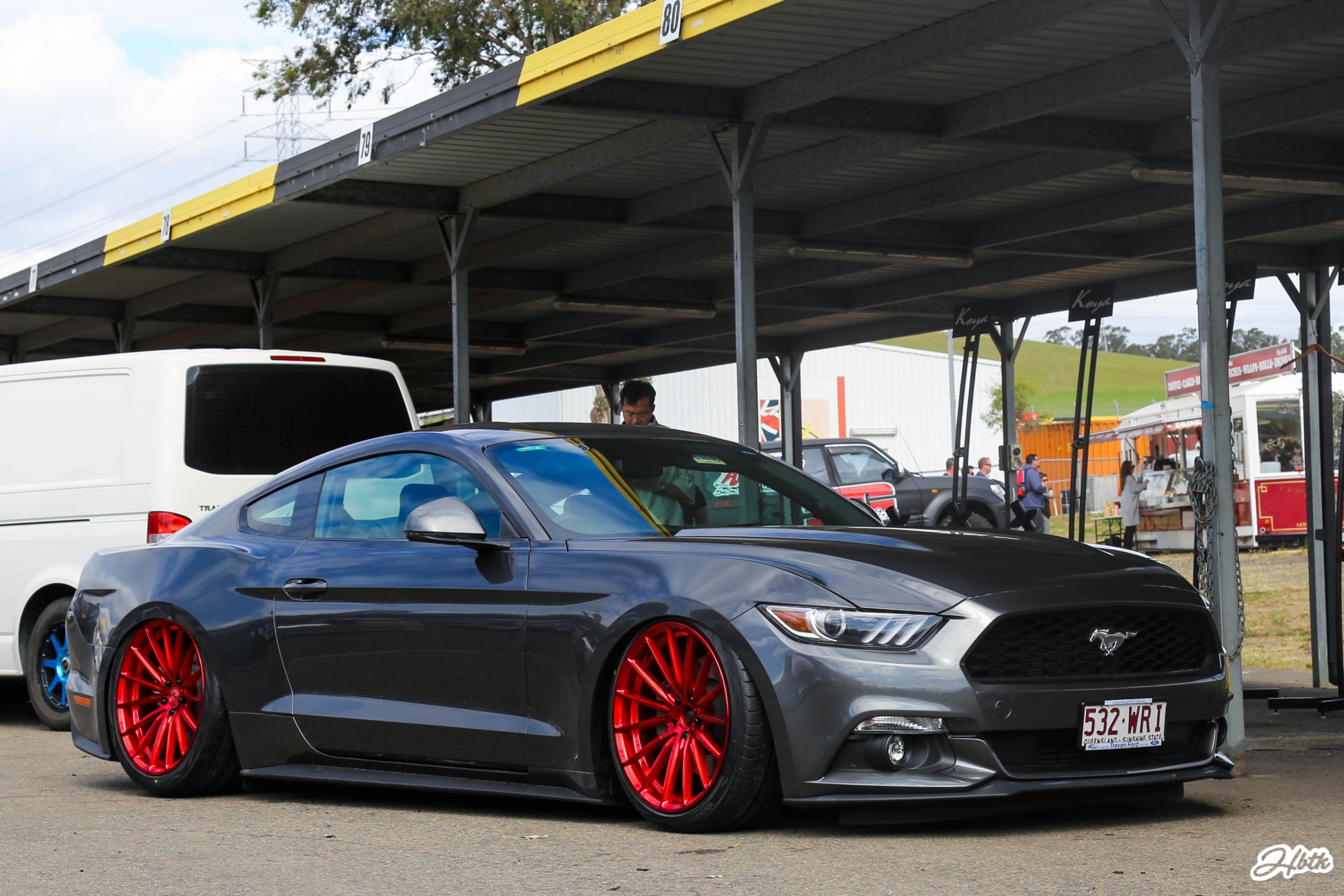 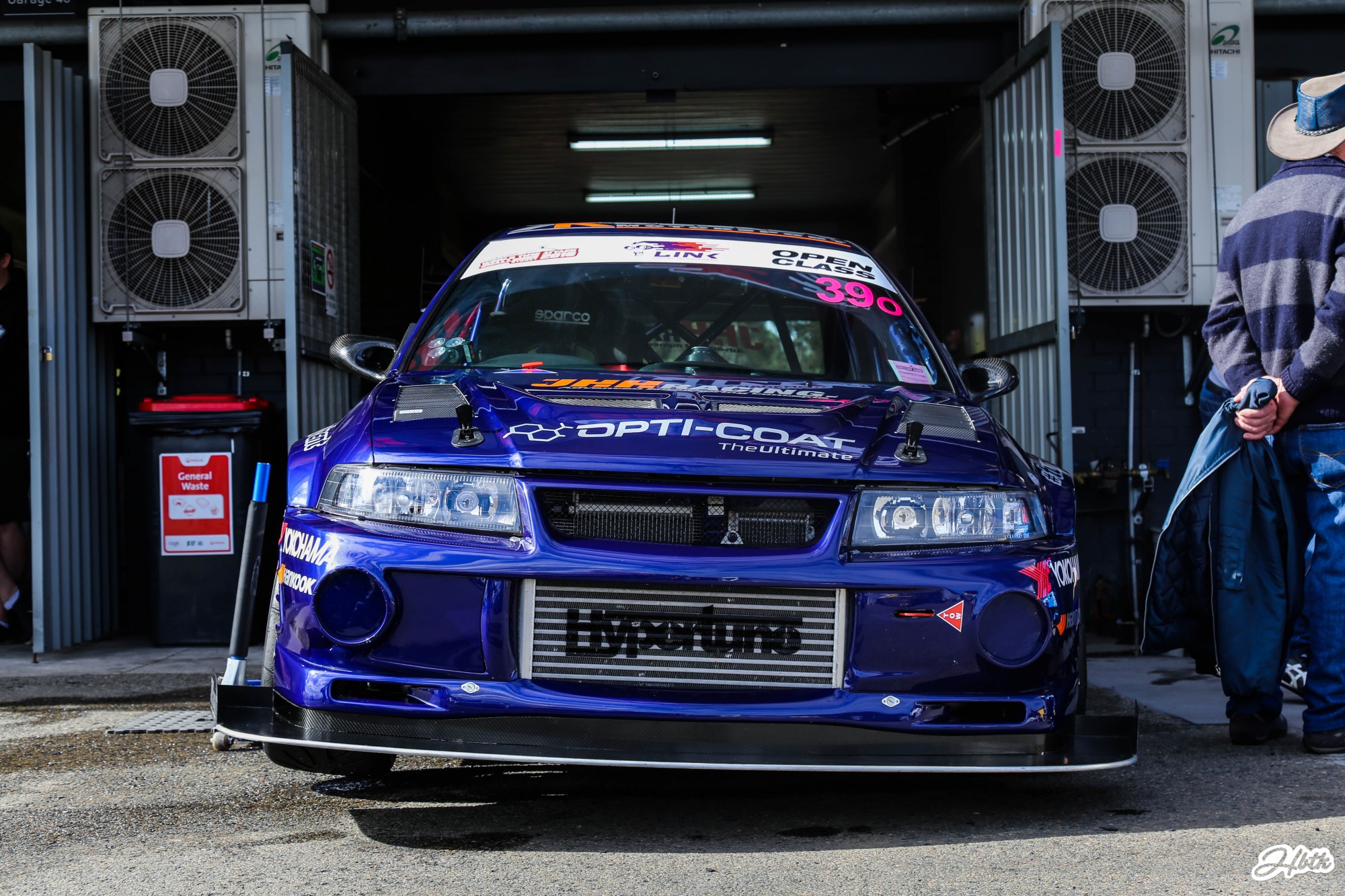 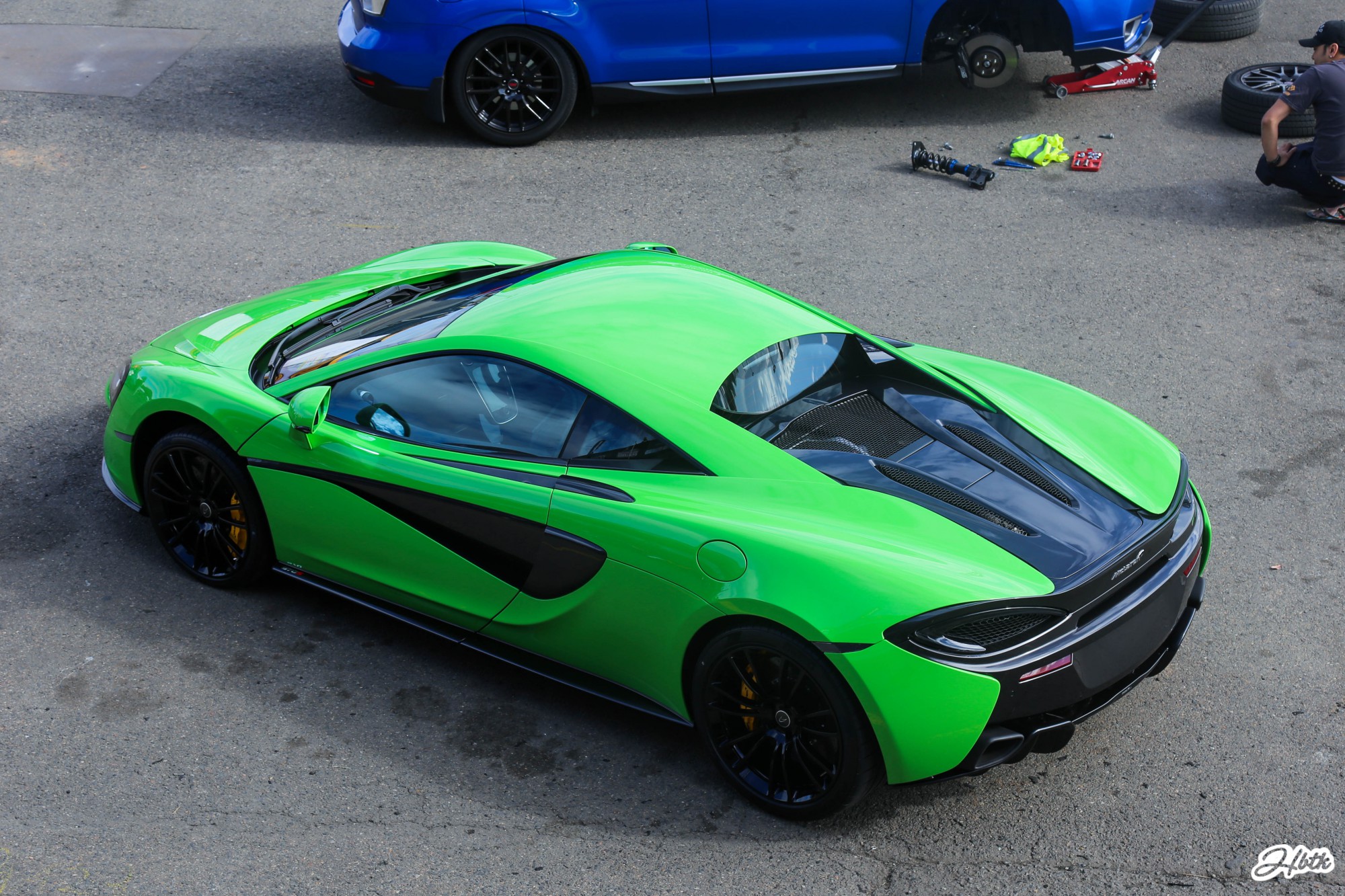 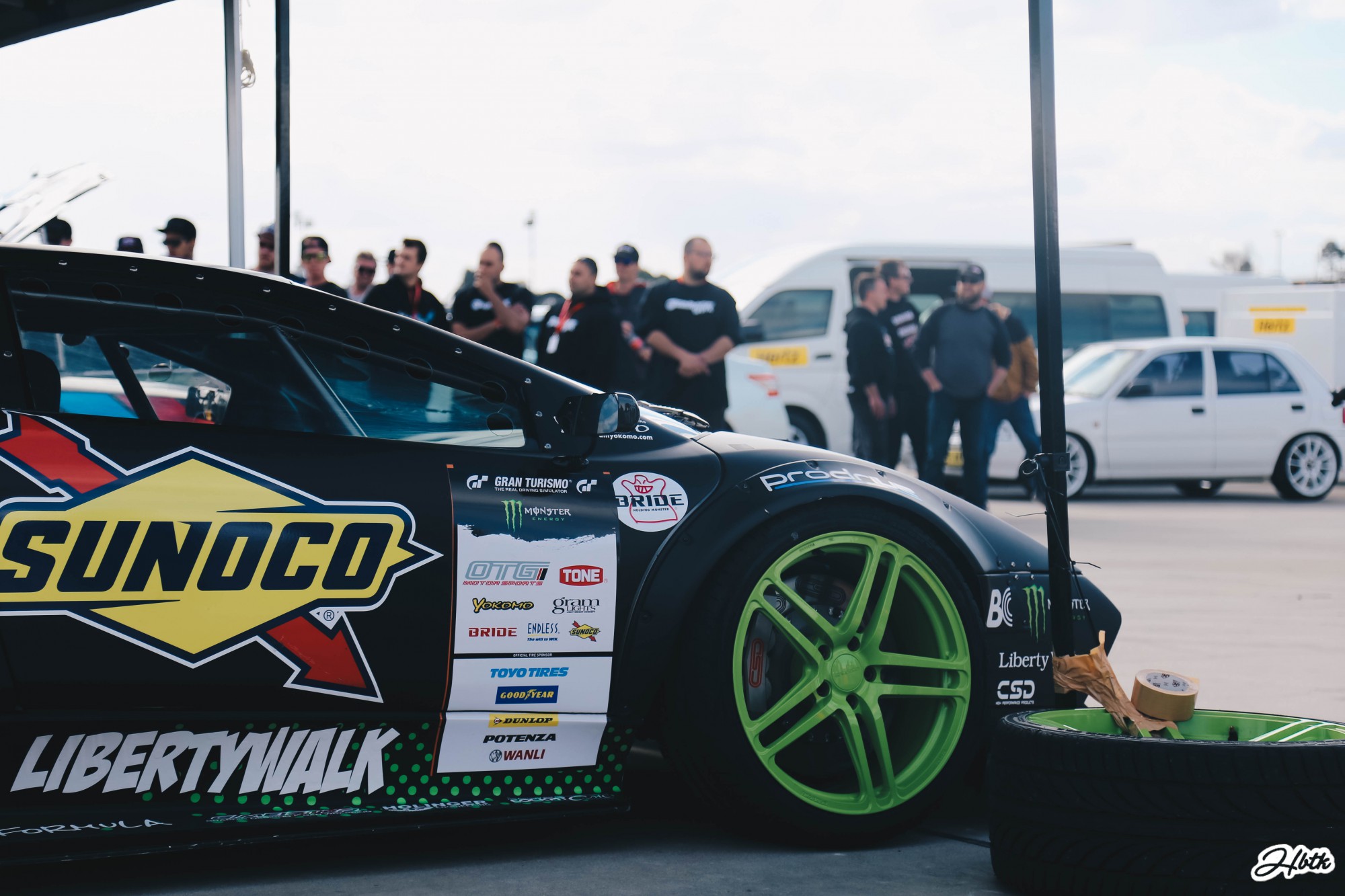 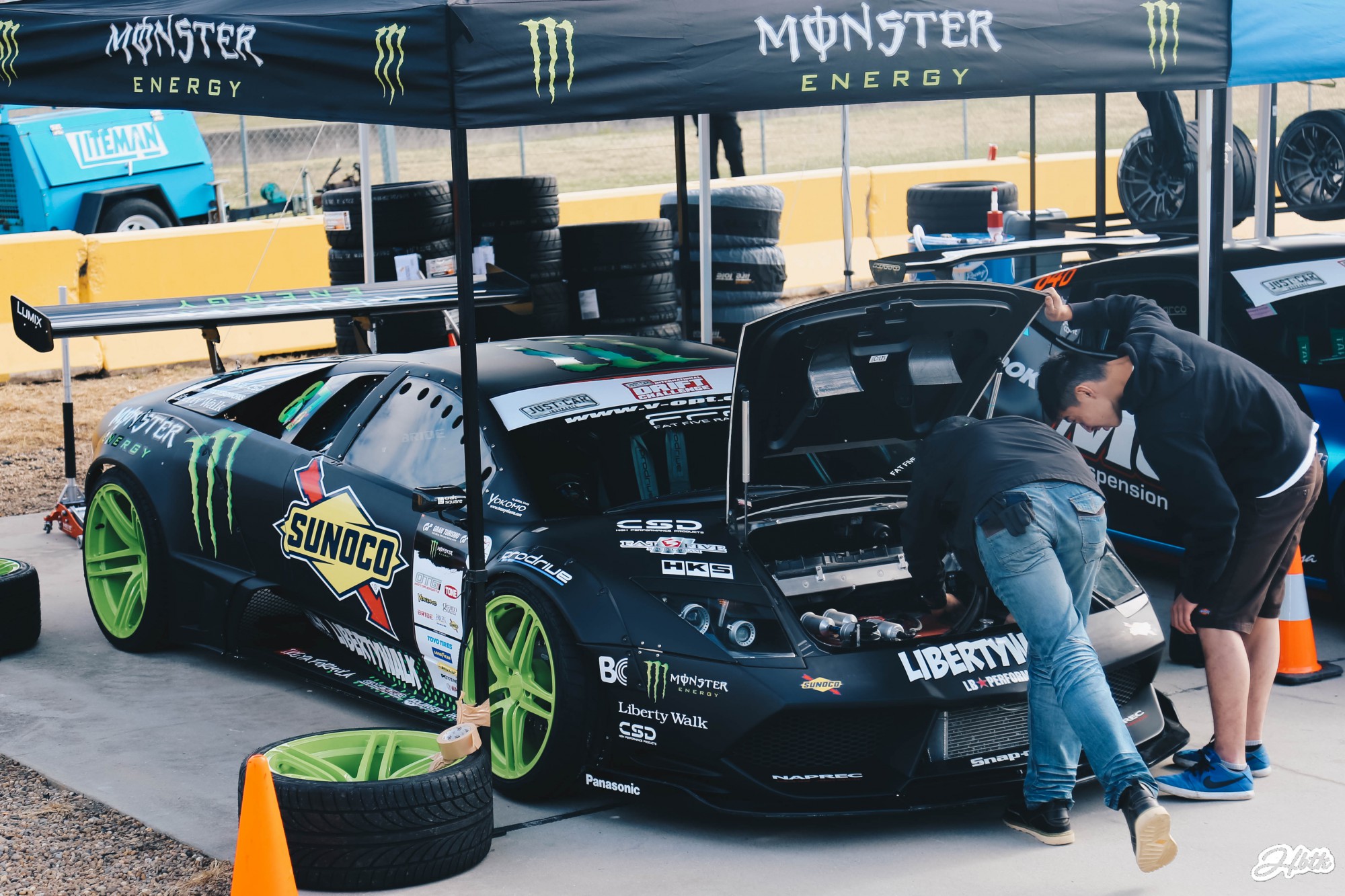 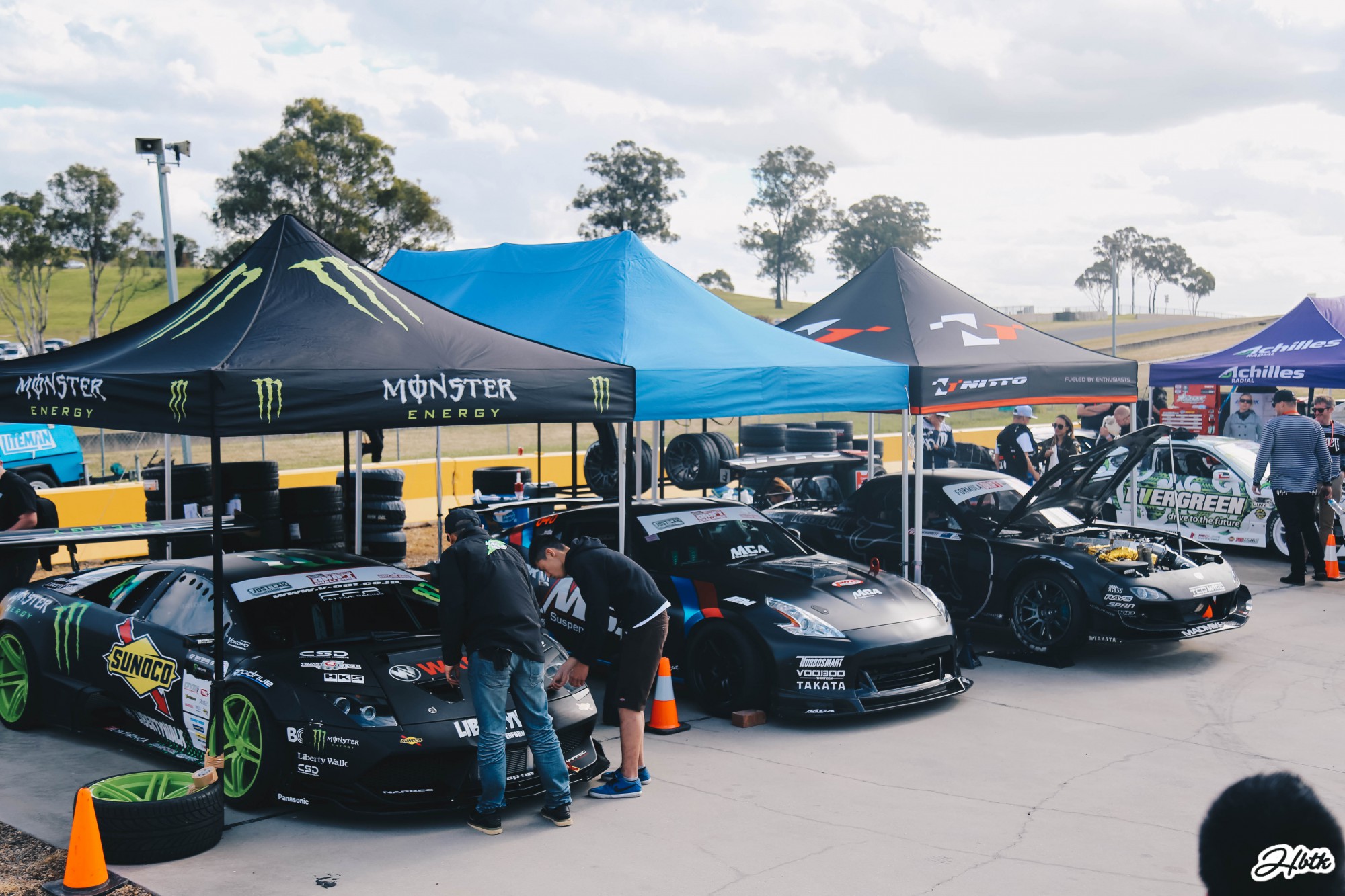 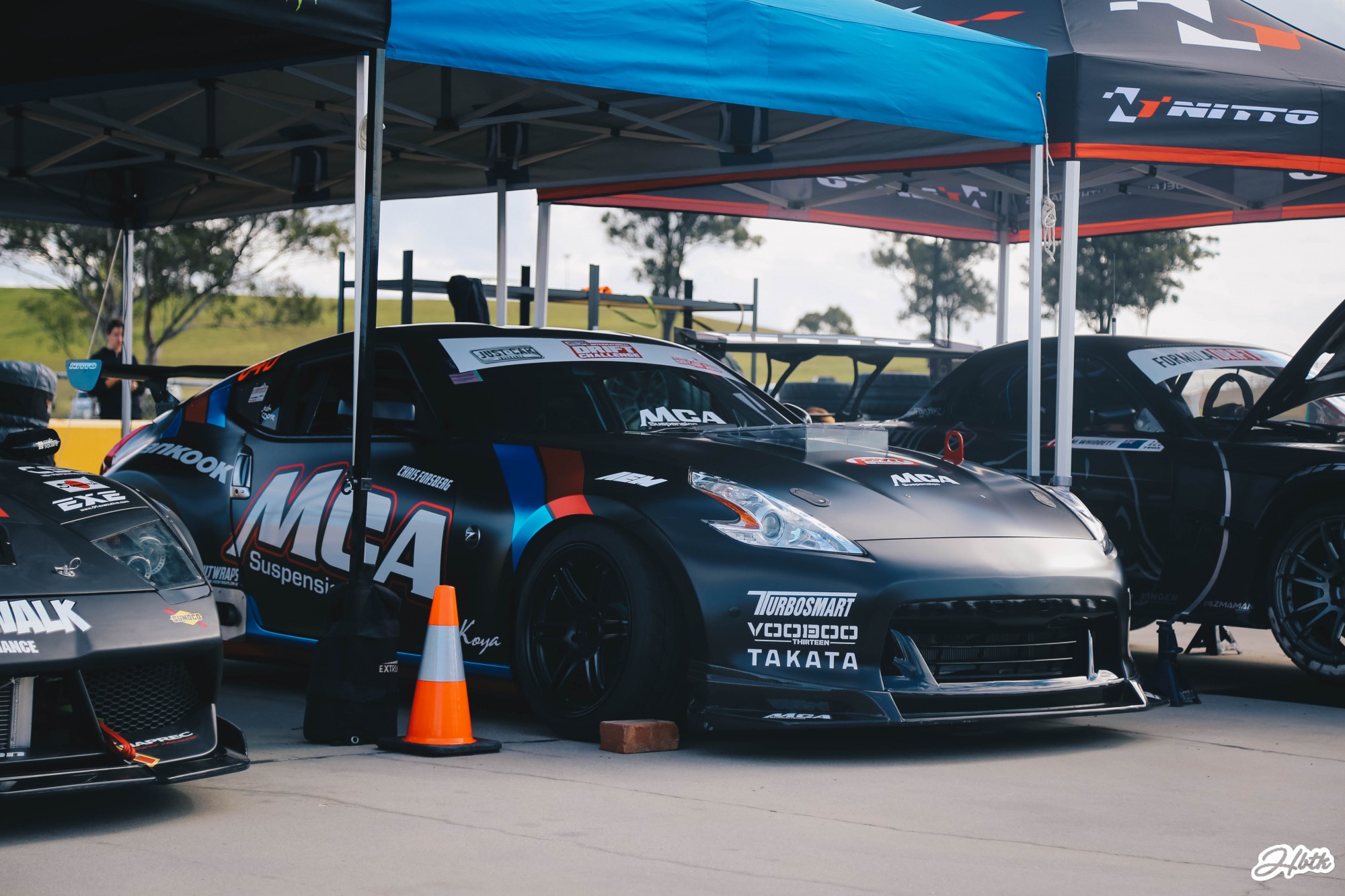 Situated at the far end of the skid pan was where all of the drifting teams were set up. Every so often, you’d hear screeching tyres from one of the cars pulling a cheeky one on the open and (mostly) unused concrete. And Mad Mike’s Humbul RX7 with its bellowing rotary engine could be heard loud and clear from the other end of the pit garages. 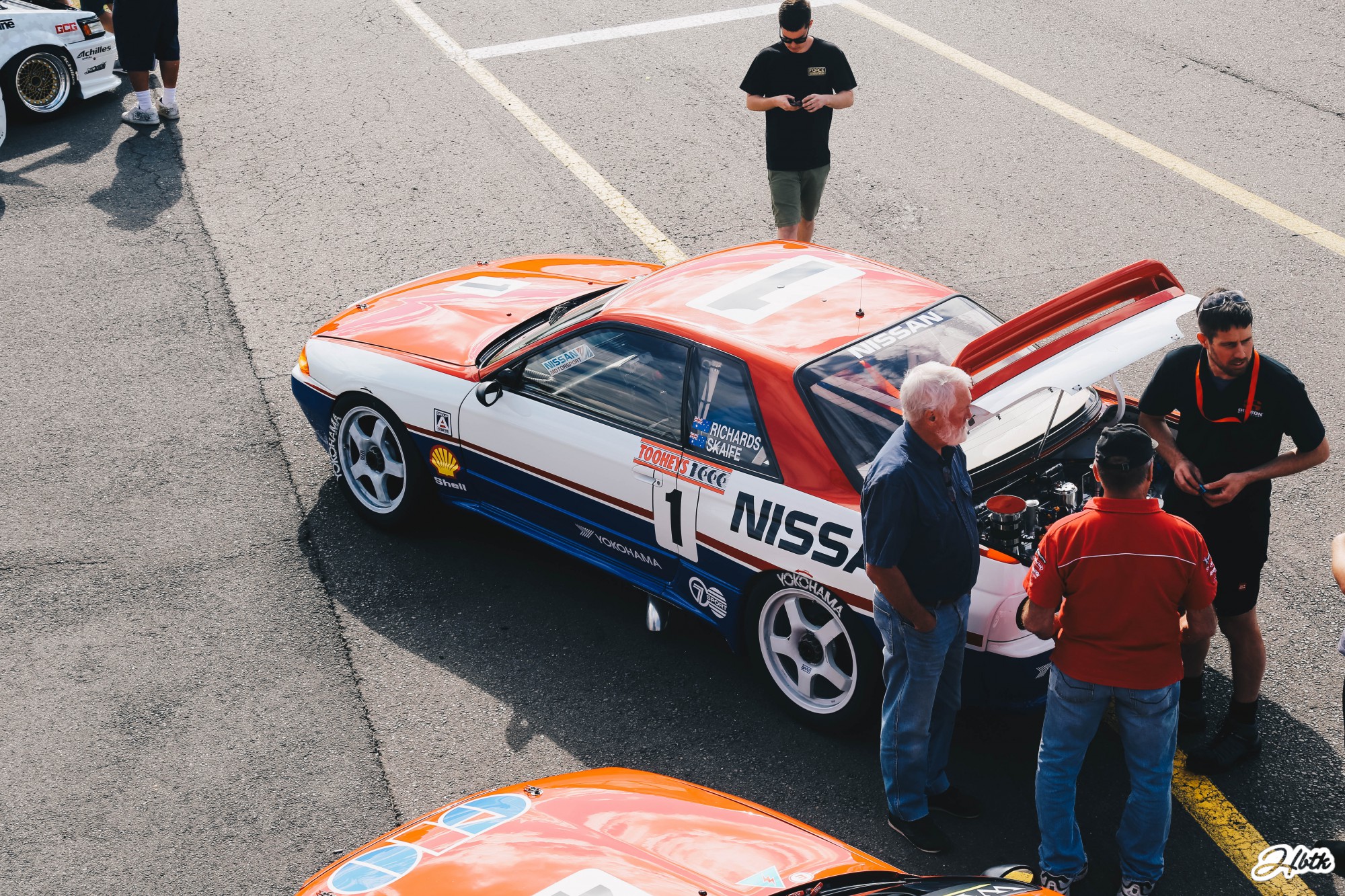 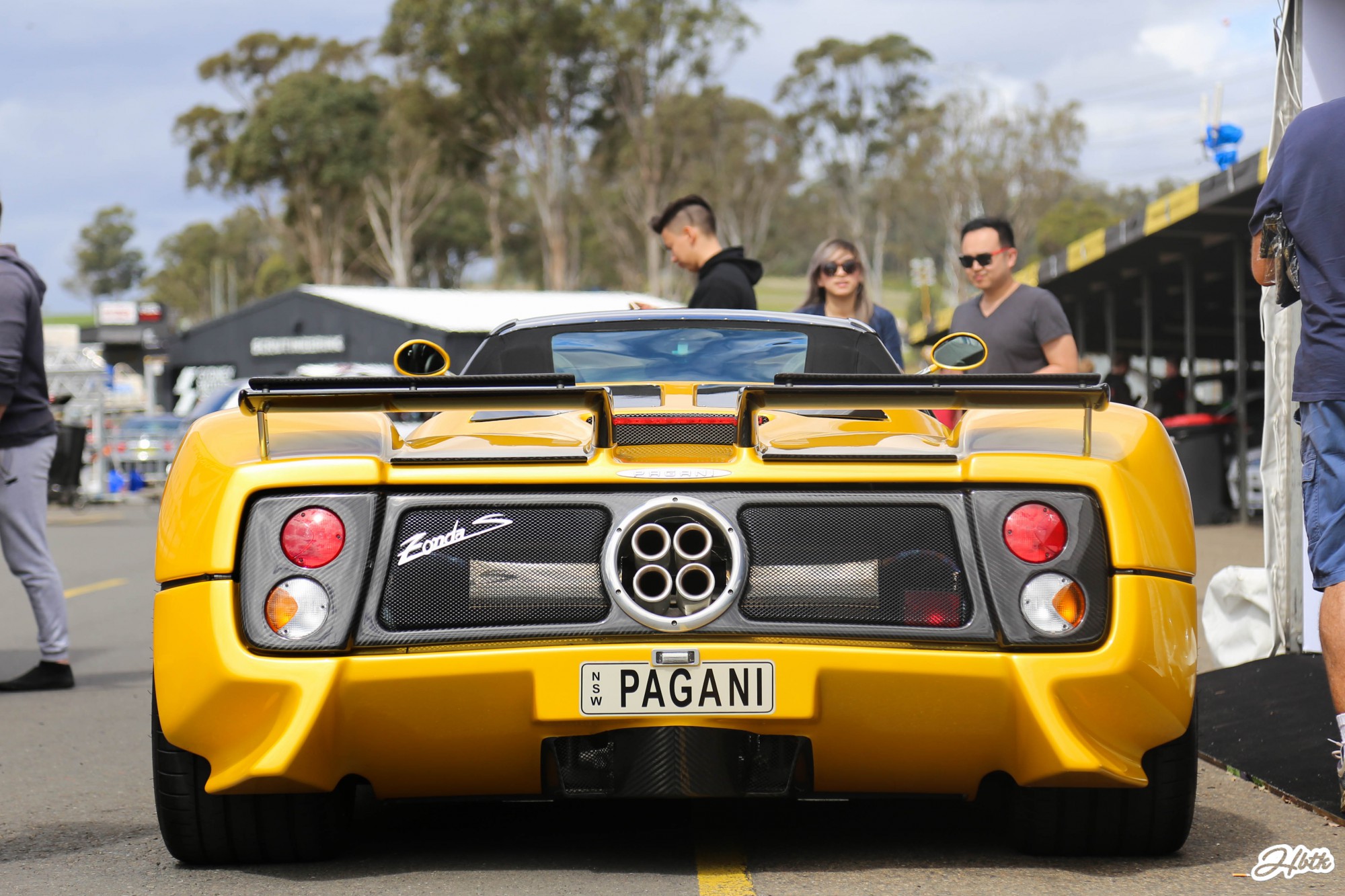 The day itself was mostly quit, but there was a palpable sense of anticipation in the air. From the drivers, and businesses setting up.

The clock wound down, and tomorrow the gates opened.

Stay tuned for more posts on the WTAC racing, drifting and Show & Shine :)

-Alex, Happiness by the Kilowatts

Sidenote: Another shoutout to the Blacktown Atura Hotel for being good sports and not minding us turning the car park into a makeshift pit garage on the Wednesday before practice :) 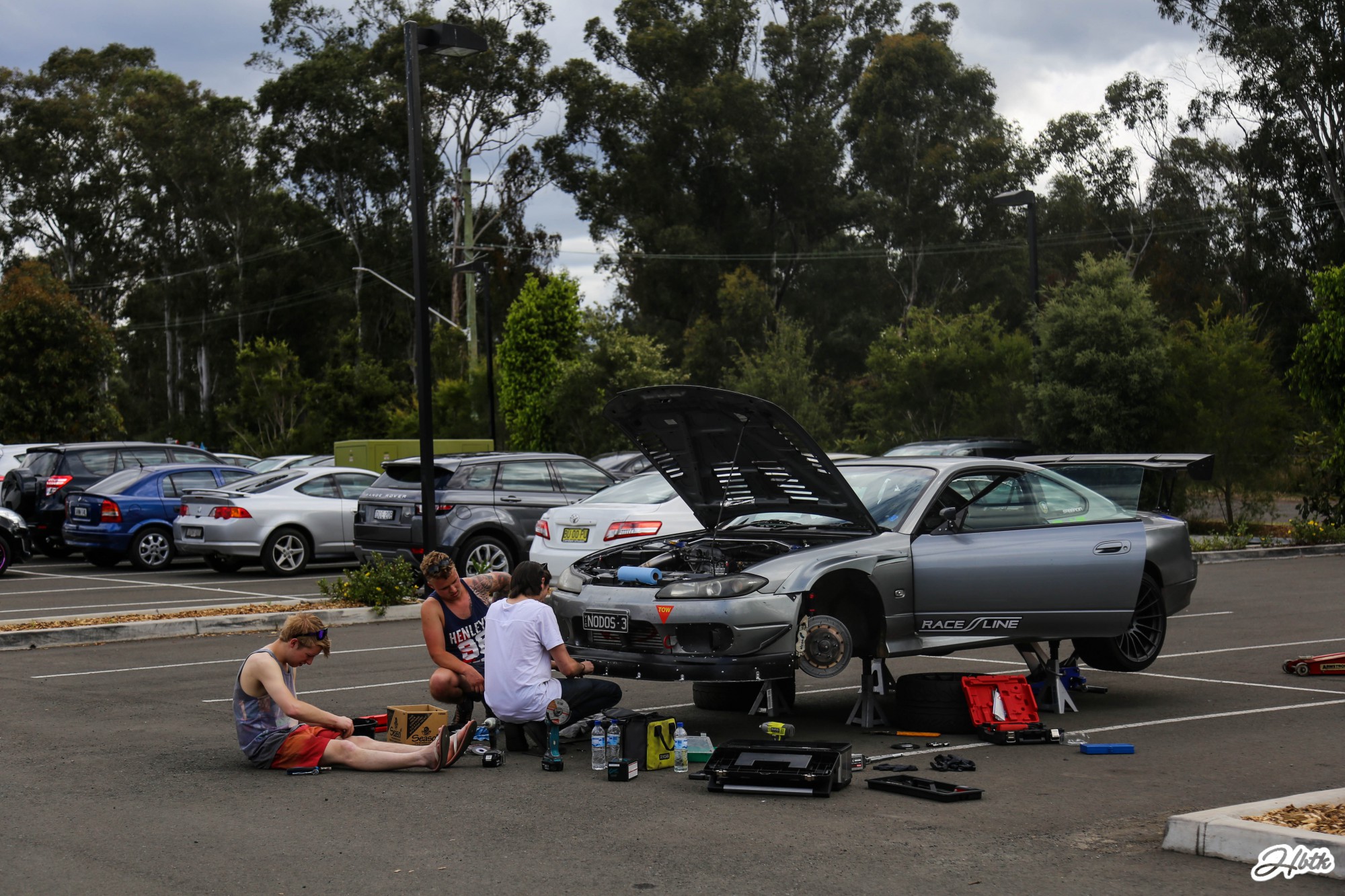