2 games were released on my B’Day this year (May 16th). “Injustice 2”, one very polished Mortal Kombat style beat’em up featuring Superheroes and another called “The Surge”, a hardcore RPG with Dark Souls like gameplay in a sci-fi setting. I had to buy at least one of them and since I’ve been eyeing Dark Souls 3 (been a bit scared of it to be honest!) I pulled the trigger on The Surge.

Installing the game off Steam was easy as. I love it how every game I buy I just go; Full Screen, 4K, Ultra! So so good! The Surge is no high res game sadly, but I love the art style, which has a low tech grungy feel, maybe even a little Fallout 4ish as well as you’re in a mech suit at all times.

A few hours in and I truly understood what Dark Souls is all about. It’s about dying… LOTS! The RPG elements are great and I found myself farming pretty hard in order to gear up before progressing (that’s my style). One awesome thing about The Surge’s level designs (especially with the first level) is the map makes you go a long way out only to give you a very quick alternative way back to base, and it’s surprising and very welcoming each time (it negates the need to fast travel, basically!).

The first boss was a bitch but the 2nd boss took the cake and had me crying in frustration as I died at least 30+ times before beating him. The 3rd boss made me quit, then watch tutorial vids on tips to pass. I knew what to do but still couldn’t pass the 4th boss (fucker). I literally had to stop for a couple of days before trying again and even then I died at least 20+ times before I finished the game.

SO stoked to have finished the game (especially that the game has no difficulty settings, nor glitches or console cheats). The ending sequence was great and made up for the lack of story throughout the game (it was all action baby!). Super smart level designs and I really appreciated the sound design (but I had to turn the music off for boss fights in order to pass them, the intense music was killing me!). Really loved the super intuitive and fairly deep RPG elements of the game. You can really build up your character how you like to play, and for me that was tanky as fuck with a heavy hard hitting weapon.

PS: When you finish the game your save file becomes “New Game+” and the game start over but with a whole bunch of new surprises (I’ve only just loaded in; you get to keep your gear and the first guy you fight feels like fighting another player/PVP!). Very very cool. I’m more than satisfied. 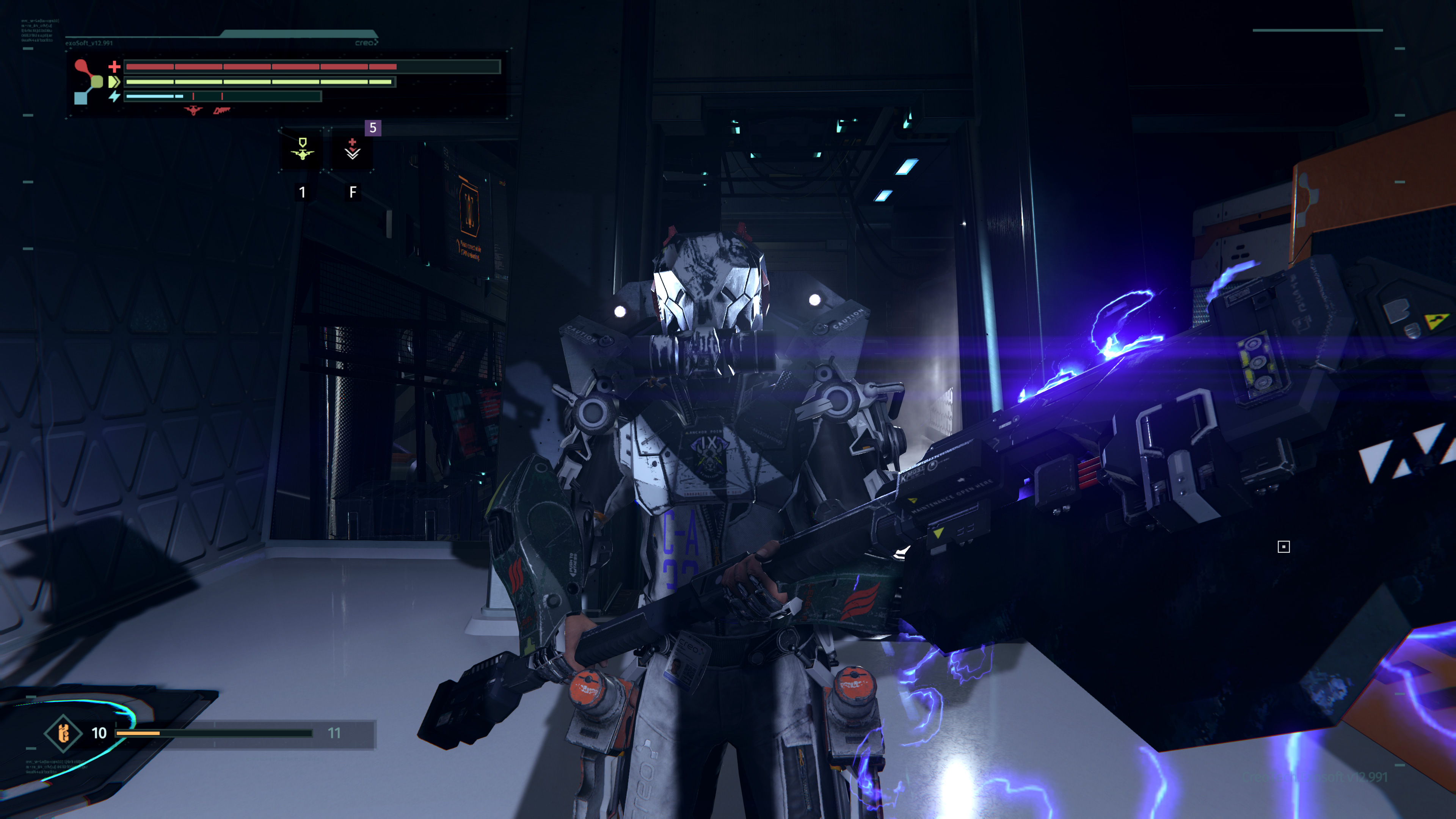 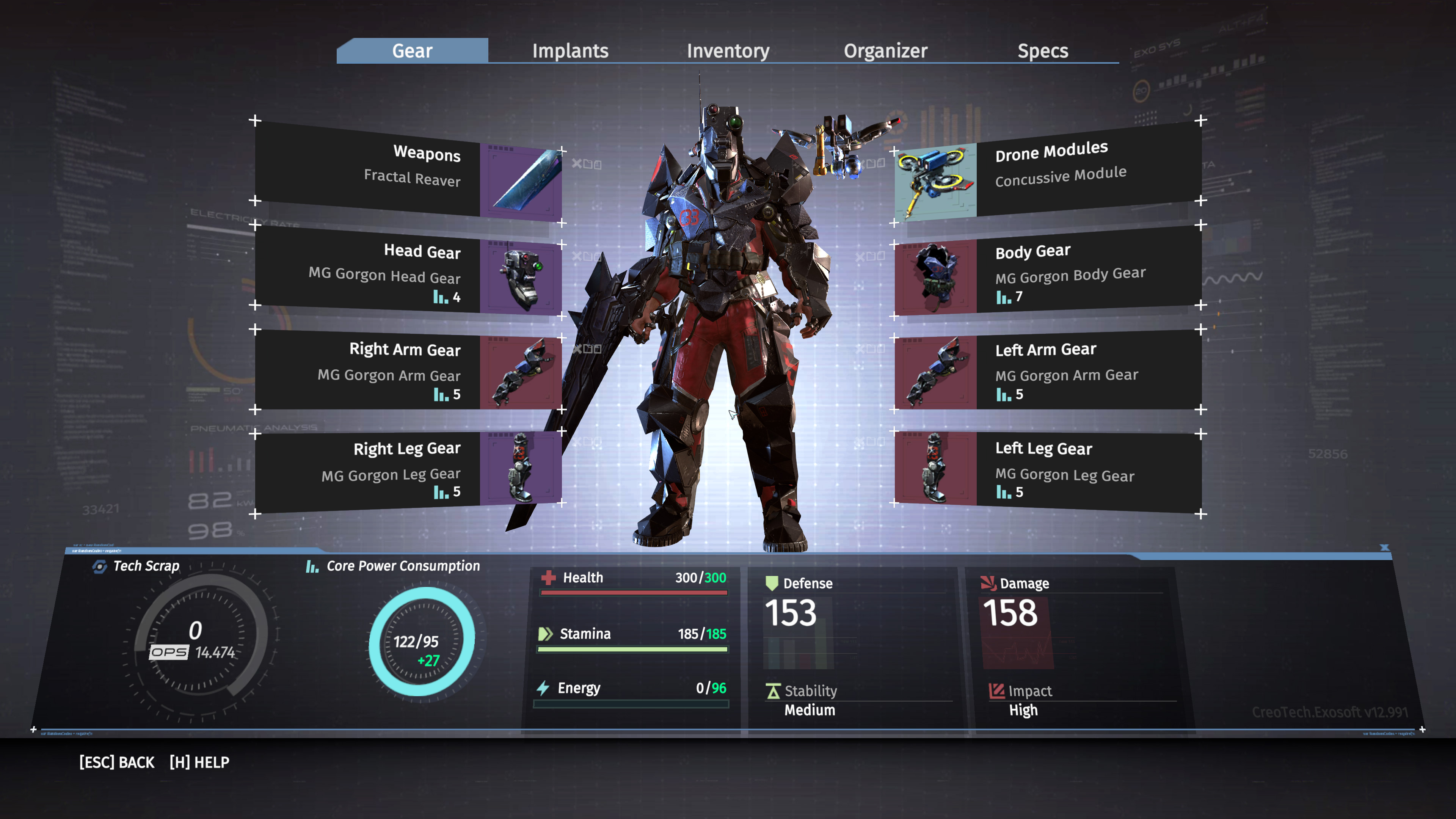 My end game character. If you fight right, you get to keep the bits of armour from the enemies you come across so there’s lots of styles and stats to choose from, each piece can be upgraded to level 5. If you wear a matching set you get a special bonus. It’s all very Division! 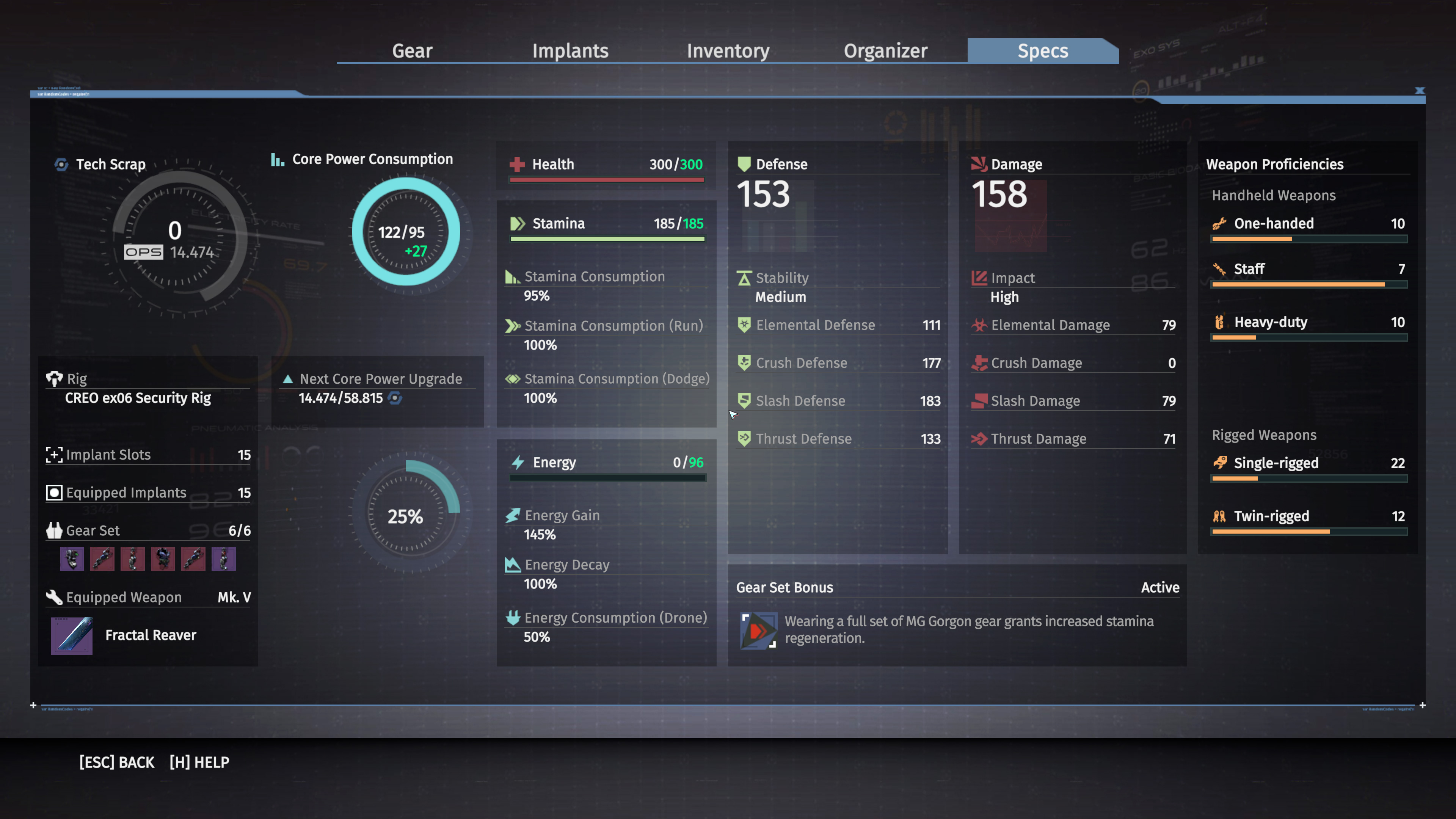 My end game stats above.

Find The Surge for PlayStation 4, Xbox One or PC on Steam.