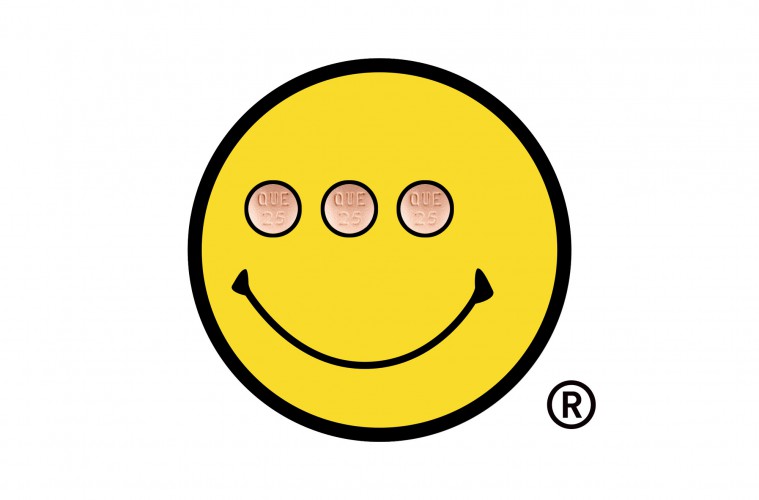 I’ve been on 3 tablets of Quetiapine per day for the past 40 days now (25mg/tablet 75mg all up). Quetiapine takes effect on me fast, about 30 minutes from dunking them. Since I’m no longer napping during the day I’m already quite sleepy by midnight, which is when I dunk all 3 and go straight to bed. I get a solid 5hrs sleep every single time doing it this way.

Dr. Hyde assured me that it was OK to dunk tablets during the day if I felt like a mood swing was coming on, but when I do have Quetiapine by day I turn into a zombie and I end up napping. I tried not taking any at all one night, I had a rough sleep and felt down the next day (started the day off on the wrong foot and couldn’t turn it around). I’m meant to have the tablets at about 9PM but when I do I get up in the middle of the night and can’t get back to sleep. I’ve tried taking only 2 tablets instead of 3 and I wake up too early. I’ve not tried taking 4, could be good, but I’m afraid to have any more if I don’t need more.

The speedy body high’s I’ve been feeling have subsided somewhat, but I’m still going a million miles an hour. Speedy as fuck in my head. I feel short of breath, like my heart is beating fast. I’m literally bashing the keys right now as I type. I have only one speed and it’s full steam ahead, all cylinders firing.

Today I saw Dr. Hyde and reported all the above (and more). He agrees I look and sound better (I’m 62kgs today and was 51kg’s when I first saw him, he says I’m still too skinny and could do with more weight!). He also thinks that lots of the boundless energy I have now has to do with being more sober than I have been in a very long time. IE: For the past few months I’ve felt like I broke something up there in my head, but maybe it’s more that I’ve never been sober.

He’s not too happy about my drinking situation. I don’t drink every night, but when I open a bottle I finish it, every time. I scull my wines too. He says 1 glass would be AOK, 2 at most, but not a whole bottle. Having 1-3 joints a day isn’t great either, but the alcohol is more of a worry to him at the moment. Personally I don’t think I’ll have an issue with cutting down the wine, or the weed as I’m cutting it down more and more as we go in any case.

Whilst I like to think in my mind that the Quetiapine is just a sleeping tablet. It’s not. Dr. Hyde was quick to remind me that it’s still acting as an anti-depressant (even though I am off Effexor antidepressants) and mood stabiliser which affects my every day. He reminded me once more that I’m on a very low dose, and Quetiapine only really works on bipolar patients when given in much higher doses. He believes my mood is at least stable (I’d say yes, only just… but definitely more stable than ever this year) and that I should try to up my dose to 100mg, or even 150mg.

The plan is to take 100mg at midnight from now on. If I end up getting more than 5hrs sleep I’ll start taking the Quetiapine earlier so I can still see the sun rise every morning. I’ll also cut down on drinking to 2 glasses/night max and I’m really struggling to make joints at all now that the kief has run dry. Joints are mostly rollie tobacco with a sprinkling of kief.. I’m basically down to stems and I was told not to smoke stems (not sure exactly why, I assume they hold more chemicals, or something?!).