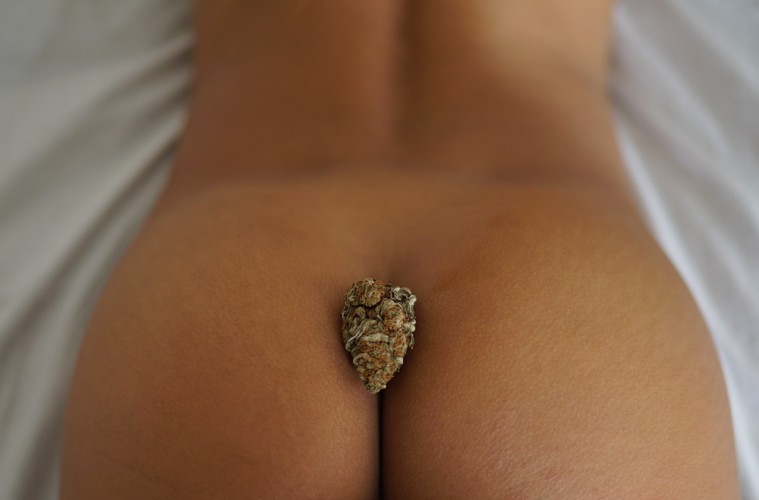 From Wake & Bake to Woke

I recently watched a Joe Rogan podcast on weed. He had 2 guests on the show; a guy who’s just published an anti-marijuana book (Alex) and a Doctor who uses weed on his patients (Dr. Hart).

Alex is an author of several thriller novels (take note?!). His new book “Tell Your Children: The Truth About Marijuana, Mental Illness, and Violence” is out now. Dr. Hart is the founder and medical director of a medical cannabis clinic in Canada.

The podcast is just under 3hrs long, about right IMHO if you want to go deep on a subject. I’ve listened to it a couple of times now and pulled out a few key quotes as bullet points which I’d like to expand upon as we go:

After taking in both sides of the debate I have to disagree. There have been 0 deaths contributed to the use of cannabis at the legal limit. “At the legal limit” was the bit I was missing! I’ve personally always loved the thought that weed could do no harm. Bob Marley. But times have changed. I’m now much more open to the idea that extremely heavy use of Marijuana could lead to schizophrenia, violence, suicide, and even murder.

Every weed show/documentary I’ve watched this year defines a heavy smoker as someone who smokes less than I was. 7 jays a day is heavy? Please. 5 years using is heavy? Please. I was a weed junkie. A true wake and baker. 4.20AM cones were a thing. An ounce a week, no doobs, all cones. Easy peasy.

I don’t agree with Marijuana is safe just because I didn’t OD on it. I think heavy Marijuana use was killing me… just very, very slowly.

Marijuana is not medicine

I think there must be a lot of heavy smokers in their 40’s like me who are waking up to health issues and concerns. There’s a desire for a healthier, legal/medicinal alternative to smoking the whack THC gear we source from the streets. 2 years ago I saw UFC fighter Nate Diaz smoke a vape pen in a post fight press conference. When asked what he was smoking he said “CBD, google it”, and I did.

Dr. Hart suggests that a majority of his patients do NOT want to get high. That’s where CDB comes in. He suggests that if clients are the type that can’t sleep well, can’t leave their home, maybe they go out only 5–10 days a month, then CBD decreases ‘learned fear’, so if you can get people out of their homes, to get the groceries, then CBD is excellent for that. He also mentioned that THC can be used as a night time component for sleep as studies have shown that THC can reduce nightmares.

The ‘learned fear’ thing is fascinating as that’s exactly what happened to me when I was smoking bongs every waking hour. I can’t but wonder what CBD in place of bud could have done when I was unable to get out of the house, or order home delivery when I was starving.

I find it interesting that there could be a holistic weed solution; CBD by day, THC before bed, but holistic and smoking don’t go so hand in hand in my mind. I think smoking itself is the bigger issue. IE: If you ask any heavy smoker if they would quit at the flick of a switch would they? If quitting was instant and pain free, nice and easy. I’m pretty sure many, if not all smokers would say yes. If it was that easy then yes… I’d like to quit.

A good question raised in the podcast was; why then, if weed is legal and readily available, do smokers want such high concentrations of it? Joe simply suggested tolerance, and he used the Sober October campaign as being somewhat of a necessary reset button on addiction. Worth noting was Dr. Hart suggesting that CBD is unlike THC in relation to tolerance, he noted that he had a particular patient who hasn’t needed to increase their CBD dose for 5 years running.

Since you can get CBD with no traces of THC, this would allow me to drive again without fear of Mobile Drug Testing (MDT). In short; I really want to try CBD oil.

Marijuana use is associated with schizophrenia

In Canada you can’t buy cannabis if you’re under 25. Why 25? Well 25 is the age they believe your frontal lobe is fully developed. If that’s the case then I blew my brains out way too early, no wonder I feel like I’m stuck at 21! Studies on adults with psychosis show that they were smokers since adolescence.

OK so now I know I’m in this boat of adolescent smokers. How to I get out?

Alex believes that cannabis use is associated with a risk of developing schizophrenia and other psychosis, the higher the use, the greater the risk. He pulls on studies which show cannabis is directly related to depression and suicidal thinking.

Joe concedes THC is not a good medicine for adolescence, or any hard drug for that matter, but everyone agreed on isolated cases where there have been clear benefits of CBD in young patients.

Joe mentioned paranoia, but in a pretty left-of-field way in that he enjoys it. He feels that he’s blessed in life, that he has an abundance of confidence and success. Smoking and getting paranoid allows him to check himself and examine his behaviour, reflect better and more objectively. Alex diffused the justification by suggesting Joe’s paranoia isn’t the same as ‘my wife is trying to poison me’ kinda paranoia and that’s a valid point. I feel that not picking up phones and not wanting to answer the doorbell are symptoms of paranoia, whilst not as drastic as the thought of cops busting through the front door, I still think it’s paranoia from smoking.

Joe brought up social media, in that an increase in mental health issues in young kids may correspond directly to social media. IE: Almost ALL kids are on social media. Not ALL kids on social media are on weed. The panel all agreed to social media playing some part, and also the fact that Psychiatrists give out ADD medicine way too easily. “At age 14, you can’t run into your first hurdle in life and jump straight on the pills”. IE: Kids need to be tougher, and there are a lot of answers to be had in diet and exercise as prevention.

As a kid I used to get bullied all day at school, but when school was over I’d get home, get out of my school gear, grab my board and skate out in the streets until the sun went down. These days you get bullied at school and once you go home the bullying continues on social media. I’m sure kids get up at 2am in the morning to refresh and see if more people have commented, liked or followed.

Marijuana is a gateway drug

Those against weed often make a strong case of weed being a gateway drug to cocaine and heroin. Personally I’ve always had cocaine available, if it’s free I’ll do it but I never pay for it. If I have it in the house I won’t use it. I have never taken it alone. I just don’t like the drug. I’ve had many weed dealers over my lifetime and not one has ever sold me anything other than weed.

One interesting left of field thought on legalising weed came about when the guys discussed “I’d rather have my kid smoke weed than drink”. If pot is legalised will it become undesirable, and thus a harder drug like cocaine could take it’s place? Freaky thought.

Dr. Hart had something to say for weed being a gateway drug for people getting off opiates, but in reality I’ve never ever seen a clear way to heroin. Not through any channels I’ve ever come across. I’ve always assumed heroin is something you might meet when you’re really at rock bottom, broken and homeless.

Joe agreed weed is not benign and as safe as he once thought it used to be. Too right! When I was a kid weed was bush bud, then it went hydro, and now it’s chronic. Alex mentioned alcohol, and how it generally affects most people the same way; how drunk people look, slur, walk off-balance. We roughly know how long it takes for alcohol to leave our bodies etc. but cannabis is so different from person to person. 2mg could destroy a non-smoker but a smoker could do 200mg easy. Then there’s edibles, these THC rich chocolate bars really are designed to be used as psychedelics and really could send people to Mars.

The panel agreed that humans are diverse; there are people out there allergic to peanuts, shellfish, you name it. IE: It’s probably not a great idea to use blanket statements, but to wrap this up:

Question: “Why didn’t you include the part of the study you quote that shows the benefits of marijuana on psychological disorders?”

Reply: “I will admit my book is not balanced”

There’s a lot in this, and I’d like to end this article on this point as I feel it’s a bigger point that needs addressing.

The whole panel admits to being guilty of only focussing on the good stuff and not the bad stuff, but Alex came clean and admitted to cherry picking from studies to suit his agenda. No one doubts that Alex is telling the truth in his book, but to only tell part of the truth is somewhat deceiving.

Telling the whole truth is really where it’s at. Being accurate and portraying both positive and negative sides of the argument would allow for more informed decisions. IE: If we were to only show a small part, and ask people to make a decision on that part, it wouldn’t be accurate as a whole.