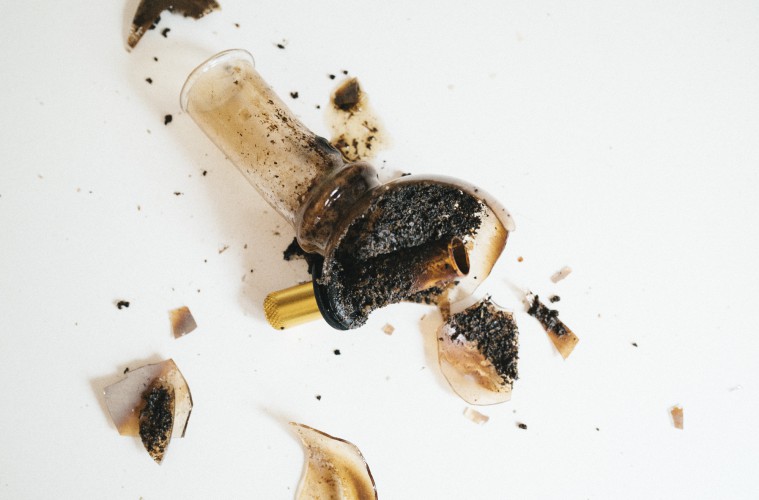 Tool’s ‘Sober’ is a song about a friend of the band whose artistic expression only comes out when he is under the influence. “A lot of people give him shit for that, if you become addicted and a junkie, well, that’s your fault.”

I put hammer (significantly I used my Dad’s hammer which I’ve managed to keep with me ever since I was 18) to bong on January the 9th. I’ve not smoked a cone since.

Does this make me sober?

The dictionary says: To be sober is to not be affected by alcohol; not drunk. Does that mean ‘in the moment’? Or does that mean forever? I’m so confused.

I still smoke rollies, but only at home. IE: If I venture out of the house I do not bring tobacco and rolling papers with me, but sometimes when I’m out for the day I do get cravings. Last week I visited a friend’s tattoo store and immediately felt like smoking a cigarette. I ended up going down the road to buy some, but for whatever reason I didn’t even open the pack to smoke one, and that packet is still on my kitchen bench unopened.

In the past, if I quit smoking bongs I’d drink like a fish, but that hasn’t happened this time around. By myself I’ll have a glass, 2 at most, but add a friend into the mix and I end up smashing bottles and smoking cigarettes like a chimney.

Then there’s the medication. I’m still on Quetiapine (200mg/night), on top of that I have a bunch of herbal stuff from my Naturopath to help me sleep and to work on my insides. I also take a CBD oil capsule a day to manage body aches. Taking this stuff consistently, every single day blows my mind as for years there I could never dream of doing anything consistently at all, period.

In the past I’d often research ways to get off drugs and often I’d read “ditch the friends you do drugs with”. I always thought that was impossible, and a ridiculous ask, but when I was trying to neck myself I managed to push all my friends away, and right now, if I look at my current circle of friends I can’t help but notice all of them are straight AF.

I think I’m just as expressive creatively as ever, if not more so as I’m not gaming 10hrs a day. I’m sleeping better than I ever have. I weigh more than I ever have and life’s far from short. IE: The days feel so fucking long I have to watch TV at night to wind down and pass the time. Balance is at play in that I take breaks from designing. I play only 1–2hrs gaming/session (often I go for days without gaming too). All of this normality and consistency felt impossible when I was abusing (smoking bongs from 4.20AM - midnight), but now it’s a harsh reality.

What confuses me the most is that I’ve given up weed. I always planned to smoke weed forever, but I’ve well and truly broken up with Mary Jane. A close friend suggested that I’m no longer in denial about smoking weed… that blows my mind as I still don’t exactly understand how I managed to stop smoking bongs. But I have and I have to say life feels pretty good on the rails.

My next step is to get off the medication and start exercising. Dropping the dosage from 2 pills a night to 1 to none is a priority, so too getting back on the bike. I’m also going to start driving again, and have started the hunt for a daily driver (which in itself has been super fun as I’m planning to build a stripped out rally car for the streets).

Life’s pretty straight without a bong, but being straight is pretty hardcore in itself, and where I used to look at straight people as being un-trustable, I now admire straight people for being able to deal with life head on.

More updates as they come!