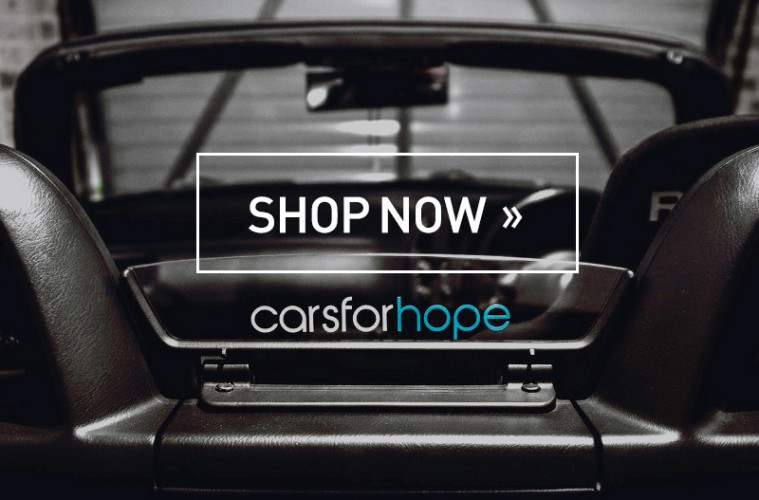 Why I’m no longer supporting Cars For Hope

A little while back I wrote a piece on Cars For Hope with the intention to question whether or not they could do more than just create awareness on depression.

I made it clear that when I was suffering depression, going to their web site did nothing but lead me to help lines. Thing is, when I was that down there was no way I was ever going to pick up the phone to call 000.

There are a bunch of stories on the site written by anonymous young people, none of them have any comments. The last story had a call to action at the very end of it, to reach out and speak out, which I did, but my comment was never approved and I never got a response.

I have been the single largest supporter of Cars For Hope since day 1. If you click on the hashtag #carsforhope on Facebook you’ll see it’s all links from ZEN Garage and End Of Month Meet (EOMM). We’ve had a Cars For Hope banner above the fold on ZEN Blog since forever. The Cars For Hope web site does not link back to ZEN.

What’s questionable to me is: Where does the money go?

“All of the funds from every purchase go straight into the charity organisation, helping us to continue doing what we do, including giving hope, running campaigns, connecting people to the help they deserve and investing directly into mental health research and treatment. All of Cars For Hope’s members and contributors are volunteers.”

We were re-ordering 100 Cars For Hope stickers at a time and even then we’d run out of stock every month. The stickers literally sold like hotcakes, and since taking over ZEN Garage I have access to the bookwork which reveals just how much Cars For Hope has made since 2011. It’s a big sum. I can’t help but question; where did all that money go?

I still find the Cars For Hope web site as vague as I did in 2011. They clearly state that all donations go to Cars For Hope, but they also suggest profits go towards treatment of mental illness, but they don’t state exactly who and how and that worries me.

I know when Berty came in to work for Motor Culture, who shared a work space with ZEN Garage, he drove a beaten up EK Civic. Later on he bought an S2000, then a really nice helmet, and then a GT wing and a whole lot of track mods and even more track time. I can’t help but think the money generated from Cars For Hope went into his hobby, and that putting big stickers on his car was “creating more awareness”.

I’m writing this because I personally can’t live with supporting a company that in my gut I don’t feel right about. All my offers to meet and discuss Cars For Hope over the years have been swept under the rug. I still don’t know where that massive profit from selling Cars For Hope stickers through ZEN Garage over all these years has gone, and now I just don’t care.

I’ll be making moves to remove the Cars For Hope banner on the ZEN Garage web site, and I’ll personally unfollow their social media as I literally feel sick in the stomach when I read “limited edition”, “package deal” and other use of corporate sales talk to sell goods.

There’s a guy in the hospitality industry who’s recently reached out to me. His company holds fundraisers, but unlike Cars For Hope, they are not awareness fundraisers, they are raising funds for action.

They’ve partnered with a company to provide instant trained and specialised psychological support for their industry, 24hrs a day. IE: Psychologists on call 24/7 through an app on your phone, Skype, or face to face when you need them. This is amazing as some of the most critical cases get left waiting for appointments, but within that waiting period it can all be to late.

I’ll be keeping tabs on his future fundraisers, but for now I personally choose not to support Cars For Hope. In no way at all am I suggesting you do the same, but I hope I’ve managed to justify my why.

EDIT! A few hours after I published this Berty reached out and for the past 3.5hrs we’ve been in discussion face to face. I acknowledge that my first CFH feature upset him and his team as the JPG I used to promote that feature was nothing more than ‘click bait’, designed to get attention in order for people to read the feature. For this I’m truly sorry as I didn’t think it would cloud him and his team from reading the real meat of my story. At the same time I forced Berty to read my first article and acknowledge that my final line was that I hoped for a meeting with his team to still happen in order to discuss if CFH could build a better bridge for people suffering from depression.

Berty showed me the figures, but more importantly he gave me his word that he has never personally taken more than $5 from CFH for his own personal benefit since inception. I might have my own personal doubts, but at the end of the day I have to believe him as it’s his word against thoughts which cross my mind. So for singling him out and questioning him in public (which he and many others would take as accusing him), I apologise wholeheartedly.

In regards to what CFH spends their money on. Berty managed to explain that anyone who donates to CFH gets a personalised letter from CFH to say what the money goes into. I questioned why he would only give that information to those who donated, and why not share that information in order to inspire more people to donate. The point was taken. I also again questioned the vagueness of the CFH web site in general, and again, point taken and Berty assures me they are working on it.

Ultimately Berty had to ask whether this was the end of our friendship, and whether I would continue to question CFH in future. My answer was NO! Of-course we’re still friends, and if anything, if CFH did edit their web page they should let me know so I could share it with my community.

To all those CFH supporters who are upset with my thoughts. I apologise for making anyone upset, it wasn’t my intention. I was merely trying to explain why I wanted to remove the CFH banner from the ZEN Garage blog. I rest my case, and will not continue to express my opinions on CFH as I feel I’ve said more than enough. I acknowledge that the primary goal of CFH is to create awareness around the subject of depression, and in doing so they have saved lives, which is an amazing thing full stop.