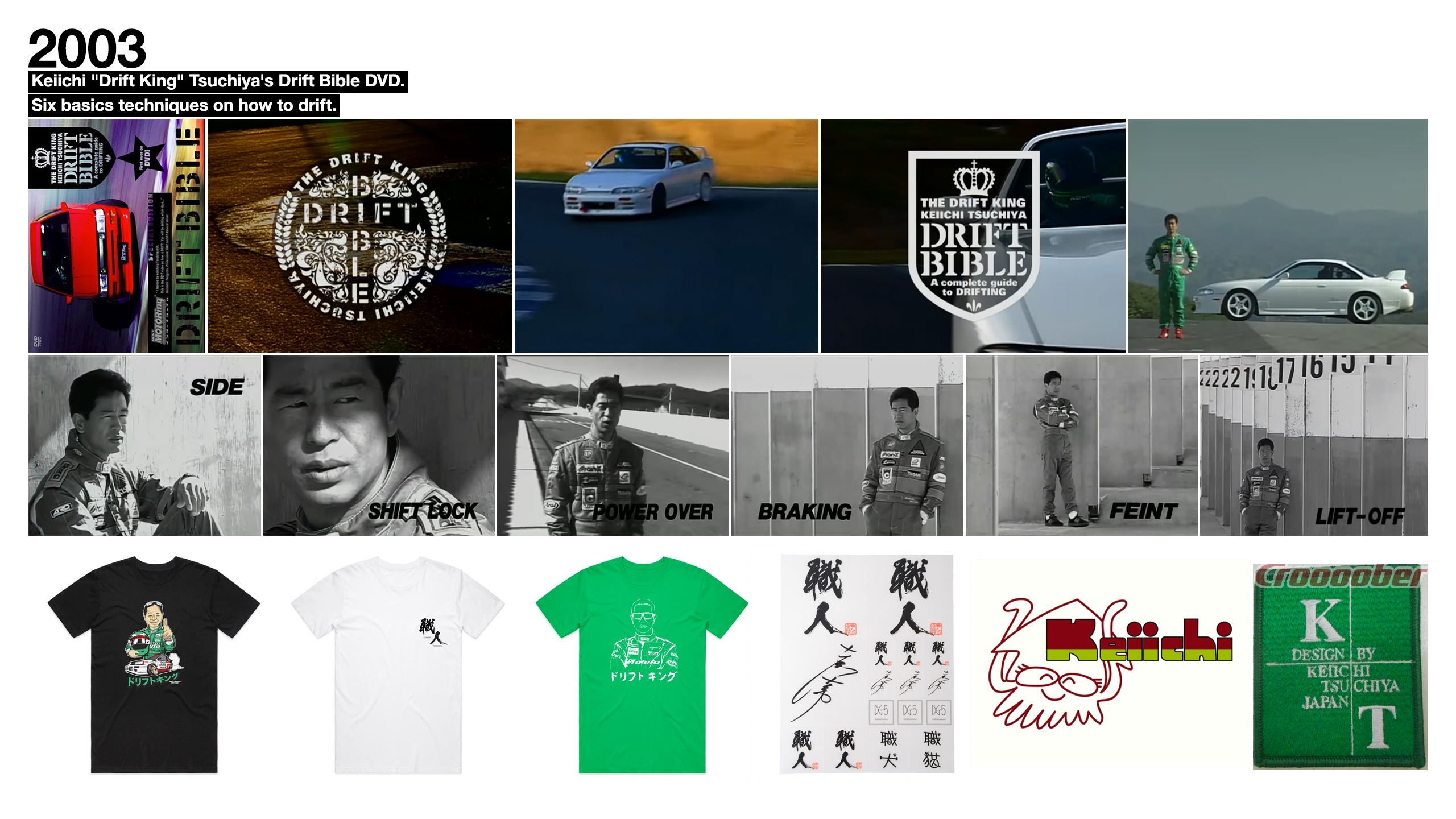 I wanted to take it back to where it all began. Best Motoring released The Drift Bible DVD in 2003 where Keiichi runs viewers through 6 different drift techniques These days you’d be hard pressed to find any video content of that length for any one driver. Mad Mike? Most I’ve seen is a few clips only a few minutes long, Keiichi? He had a whole DVD to himself! That DVD was fucking amazing to us at the time (it will forever live on my shelf in the lounge room!).

To get going I created the mood board above. On the top half are grabs from the DVD. I really love the cross design so I was pretty set on making that a part of the T-Shirt design, if not the whole design. At the bottom there’s a few previous T-Shirt designs. I’m not a fan of all the existing illustration/caricature designs as none of them look enough like him, and caricature’s are usually known for being ugly bastardisations of people in general so I knew I was definitely going to be avoiding that. I love the bottom right corner logo which he used for his business Kei Office, and early on I thought I might use part of that for the design or maybe even on the sleeve. 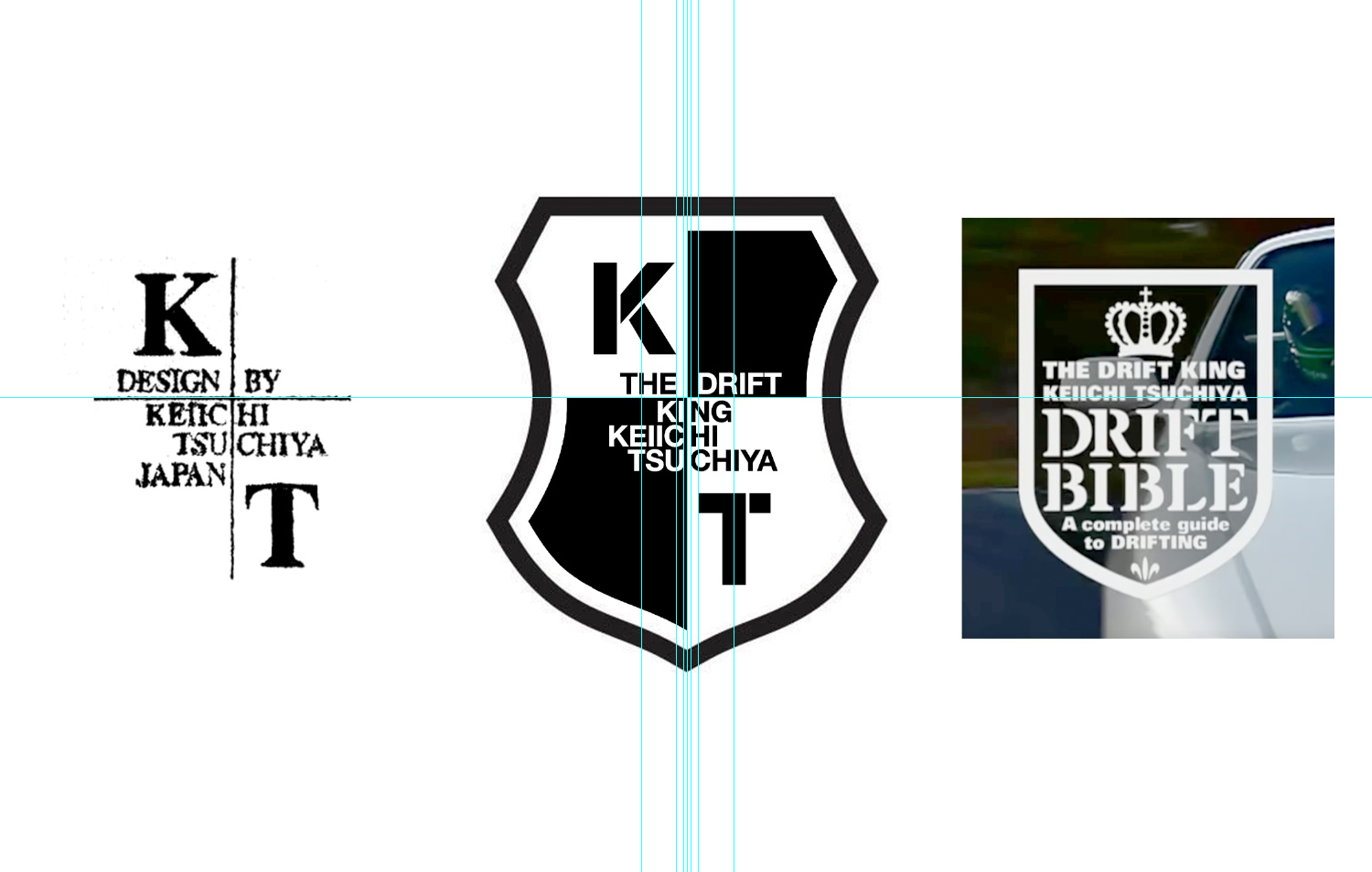 The shield logo on the right appears for a split second in the 2003 Drift Bible DVD (and also on the DVD jacket design). I decided to use it on the front pocket of the T-Shirt (saving the big cross design for a large back print). I took inspiration from MASH (a rad fixie brand) for the shield shape and the OG Keiichi cross logo (left). 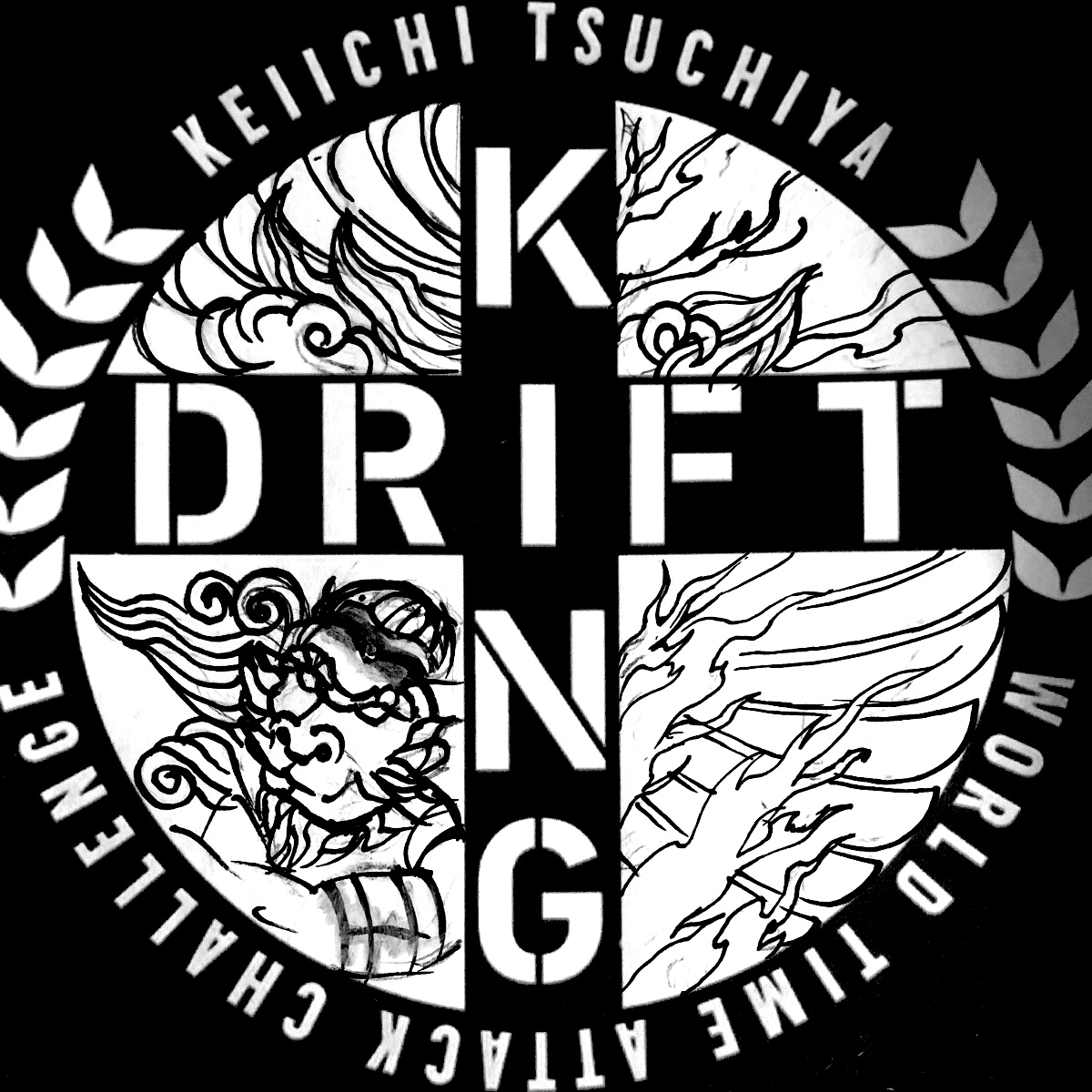 Year of the Monkey.

Keiichi was born in the year of the monkey, so this was an early design to celebrate the Monkey King/Magic Monkey! 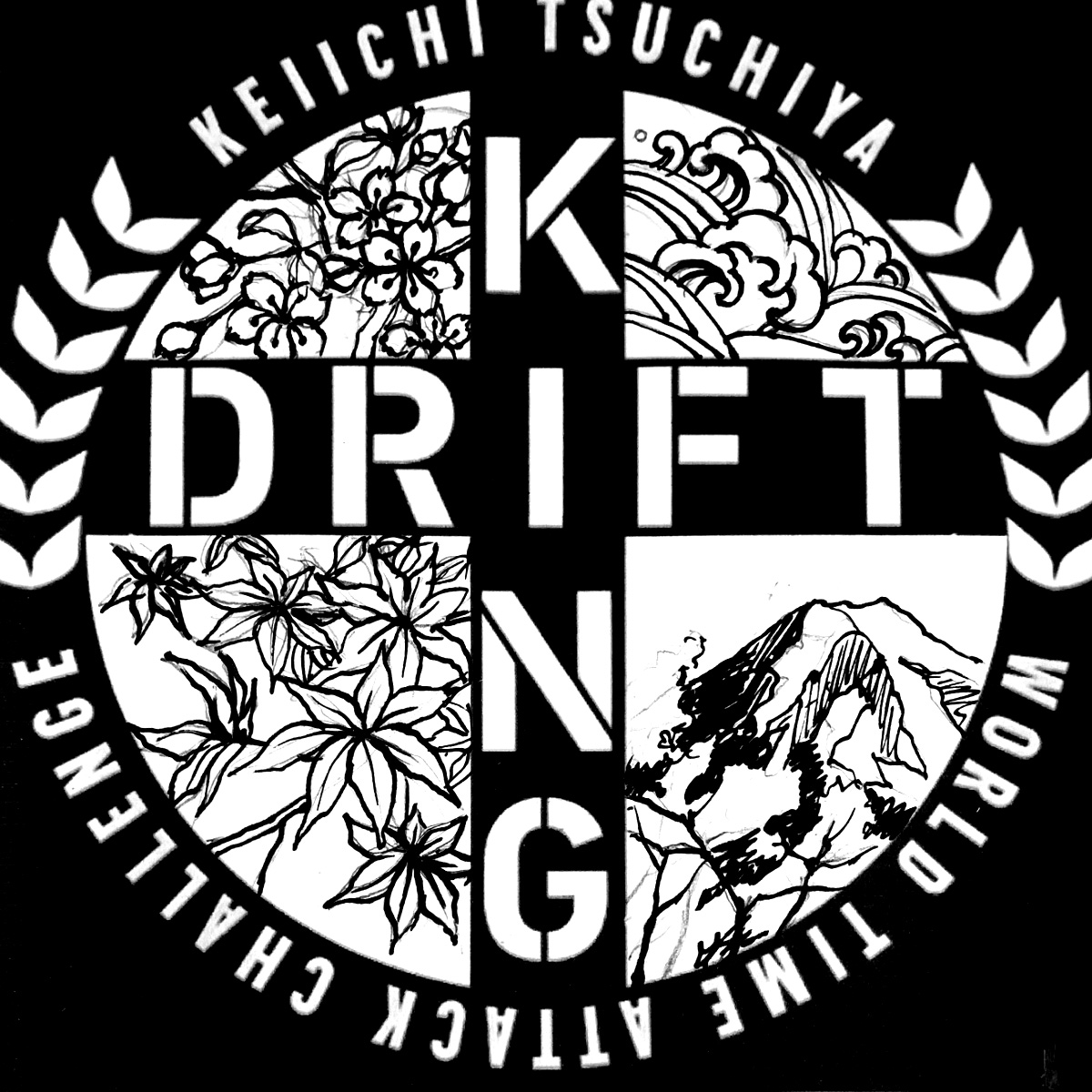 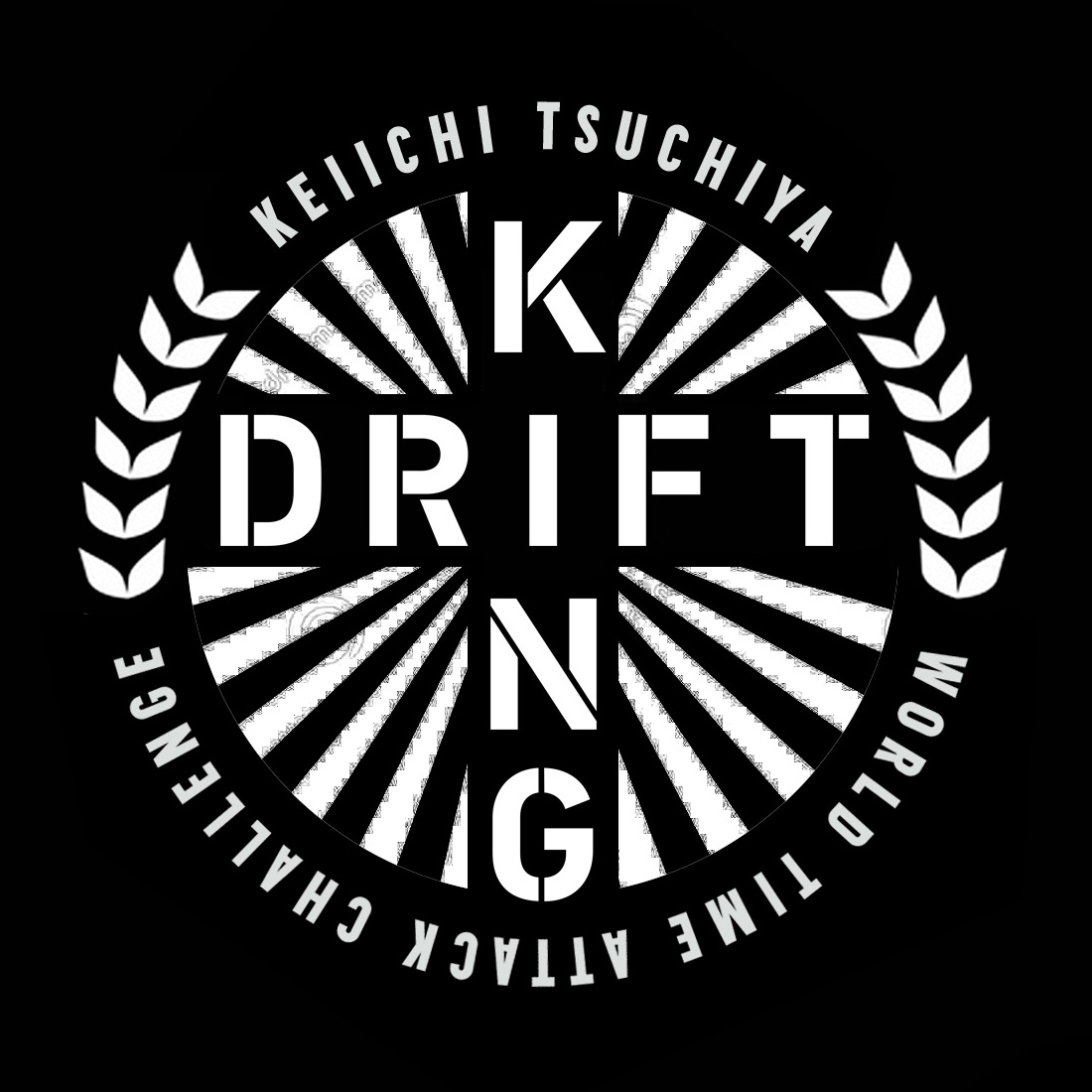 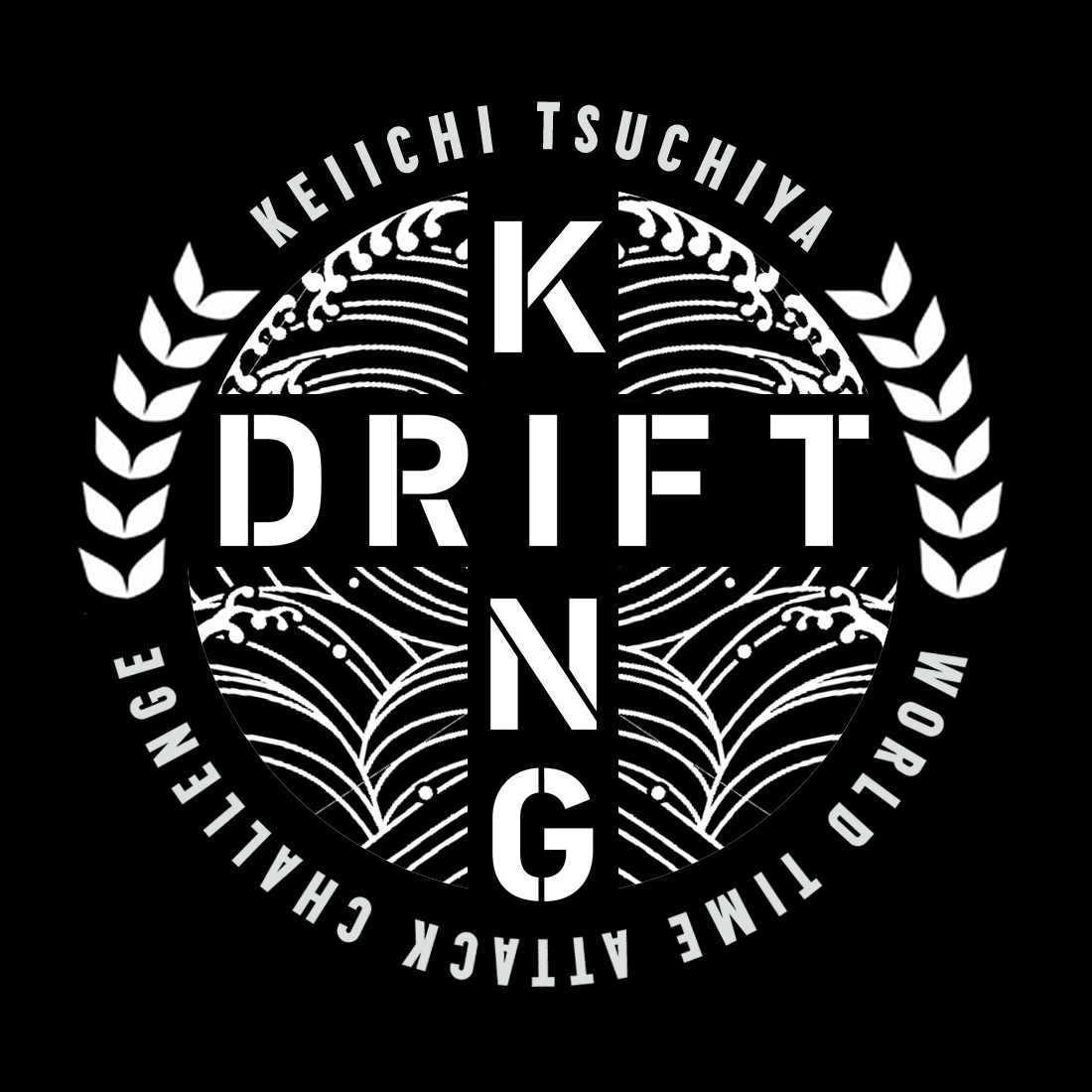 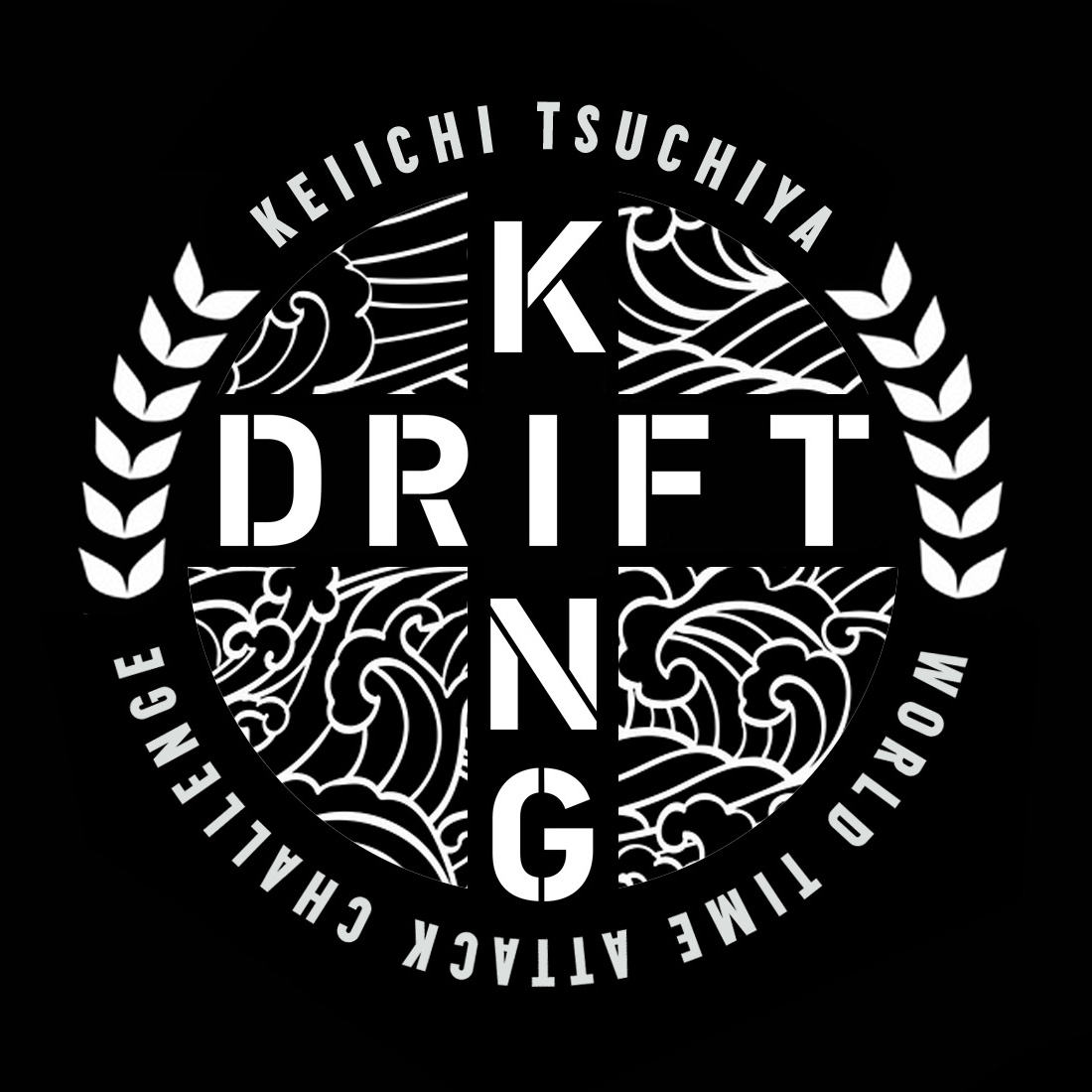 Some early concepts based on the theme of 4 seasons, the rising sun, Japanese waves. 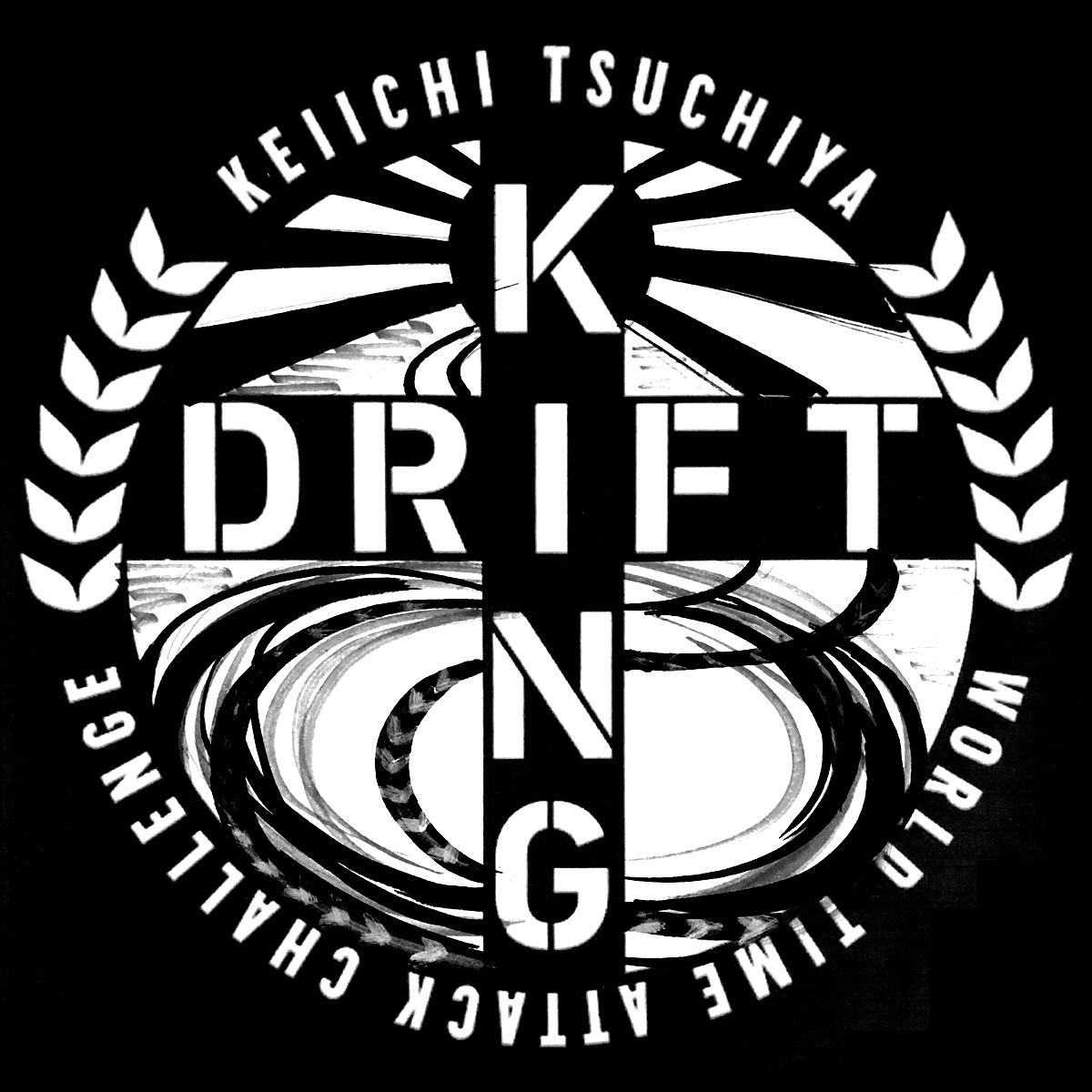 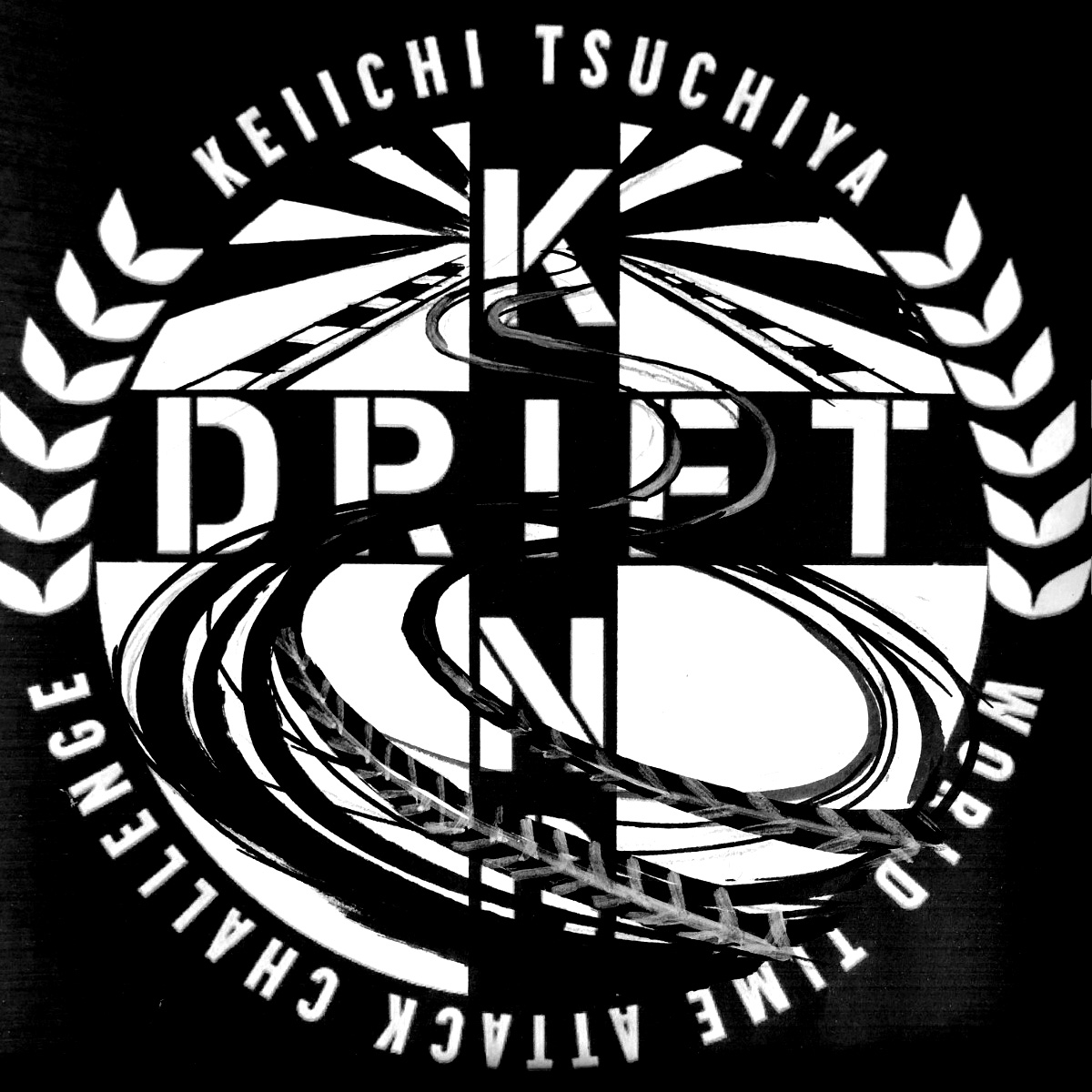 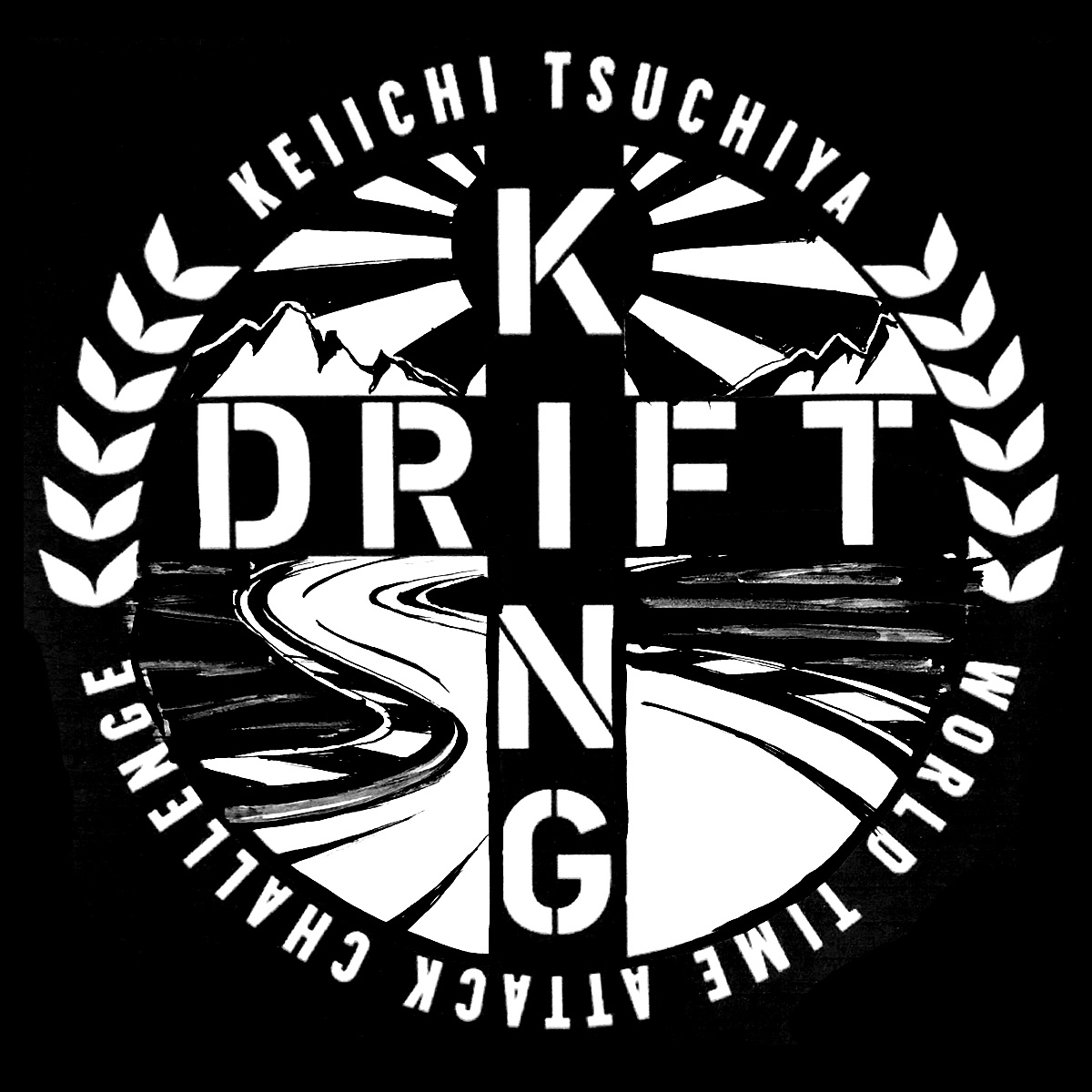 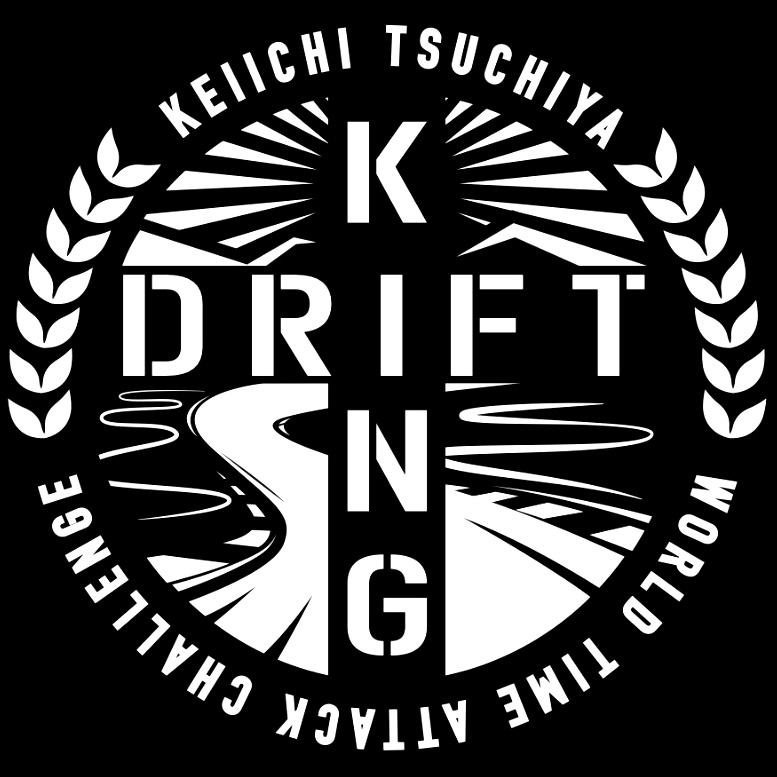 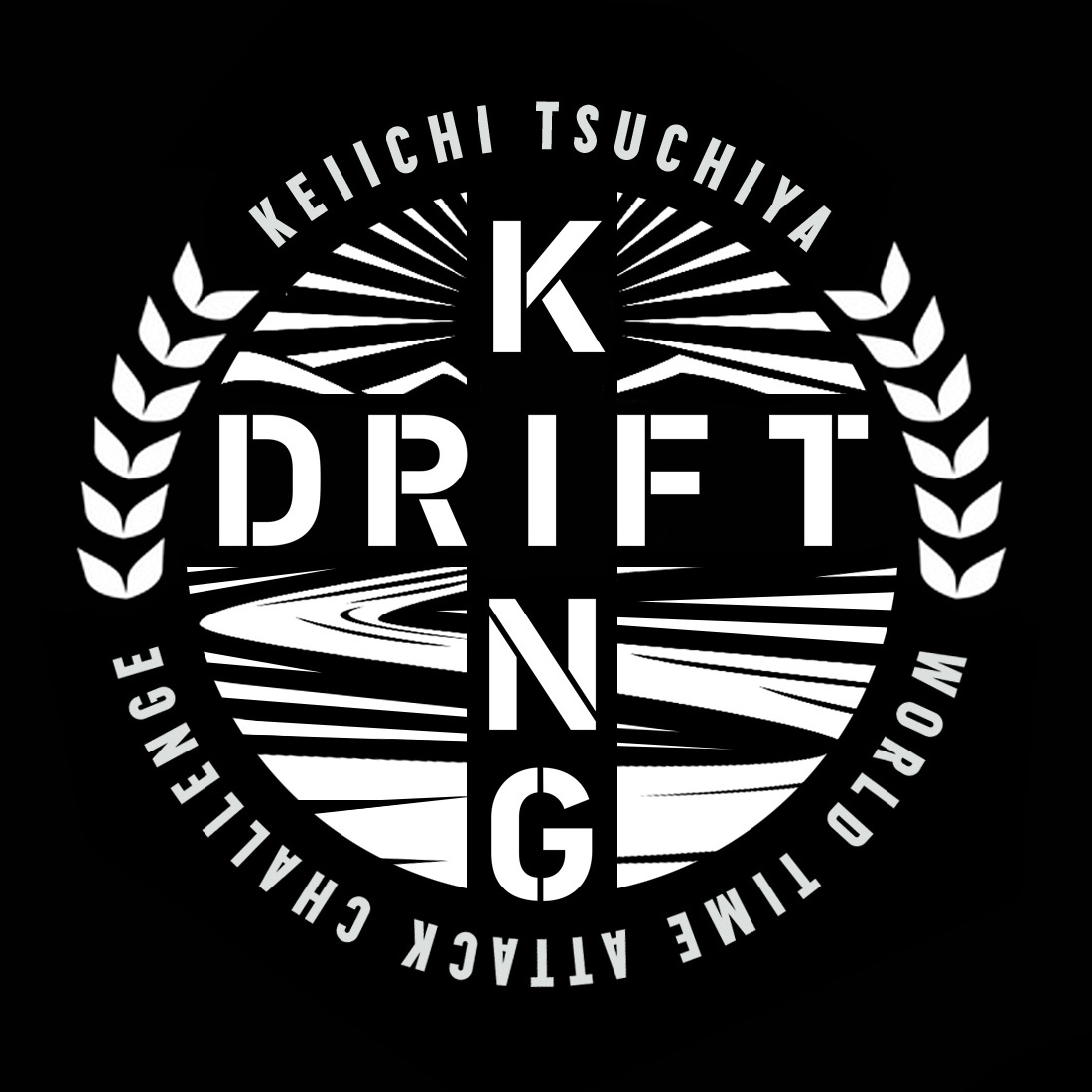 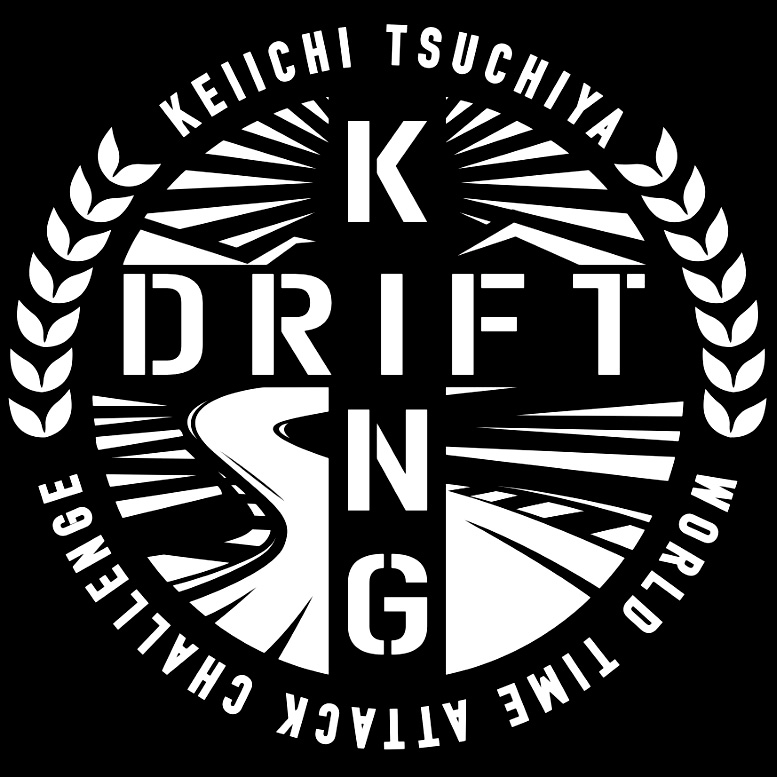 Adding in mountains to further reinforce the touge concept. 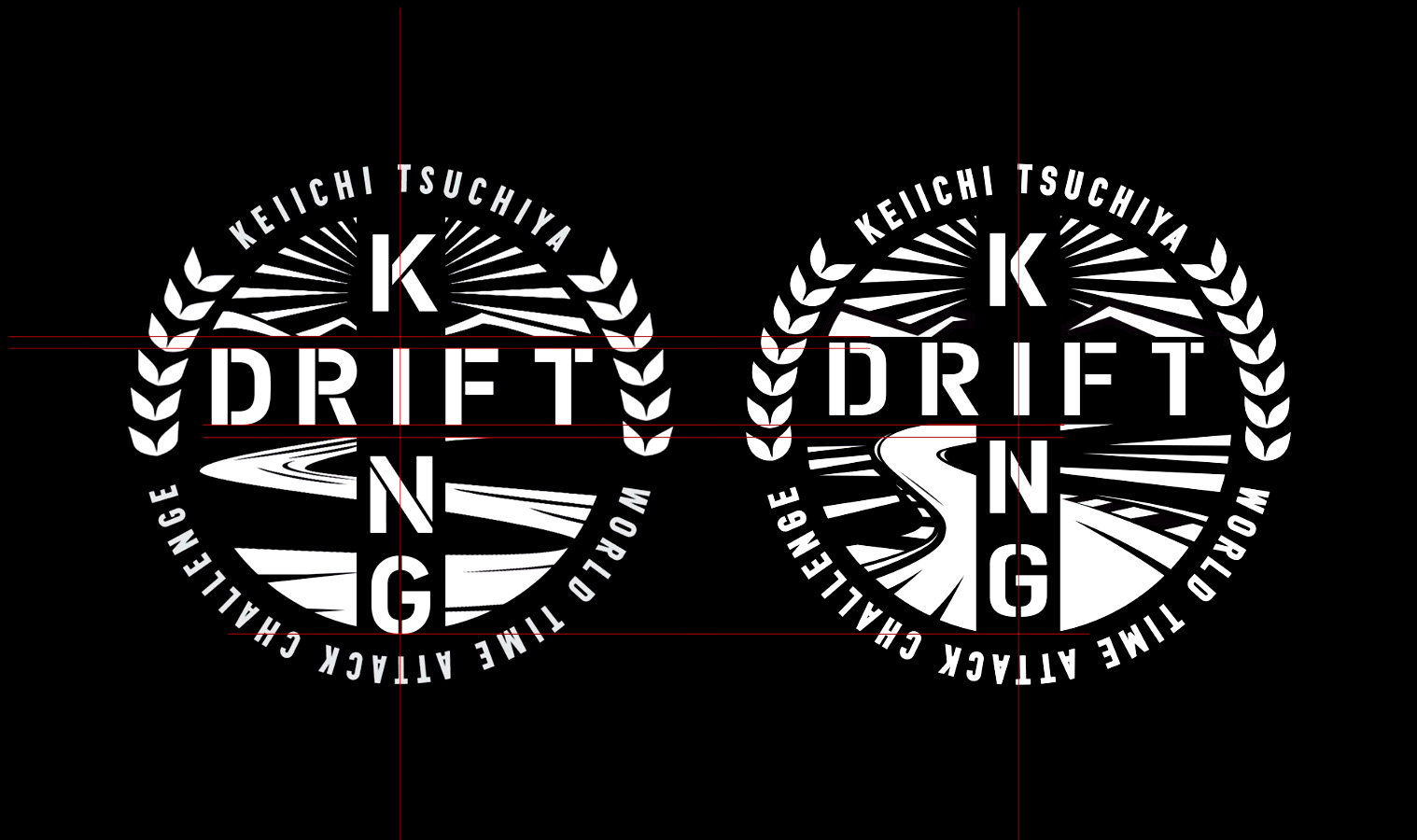 Final tightening up of the typography in the DK cross. 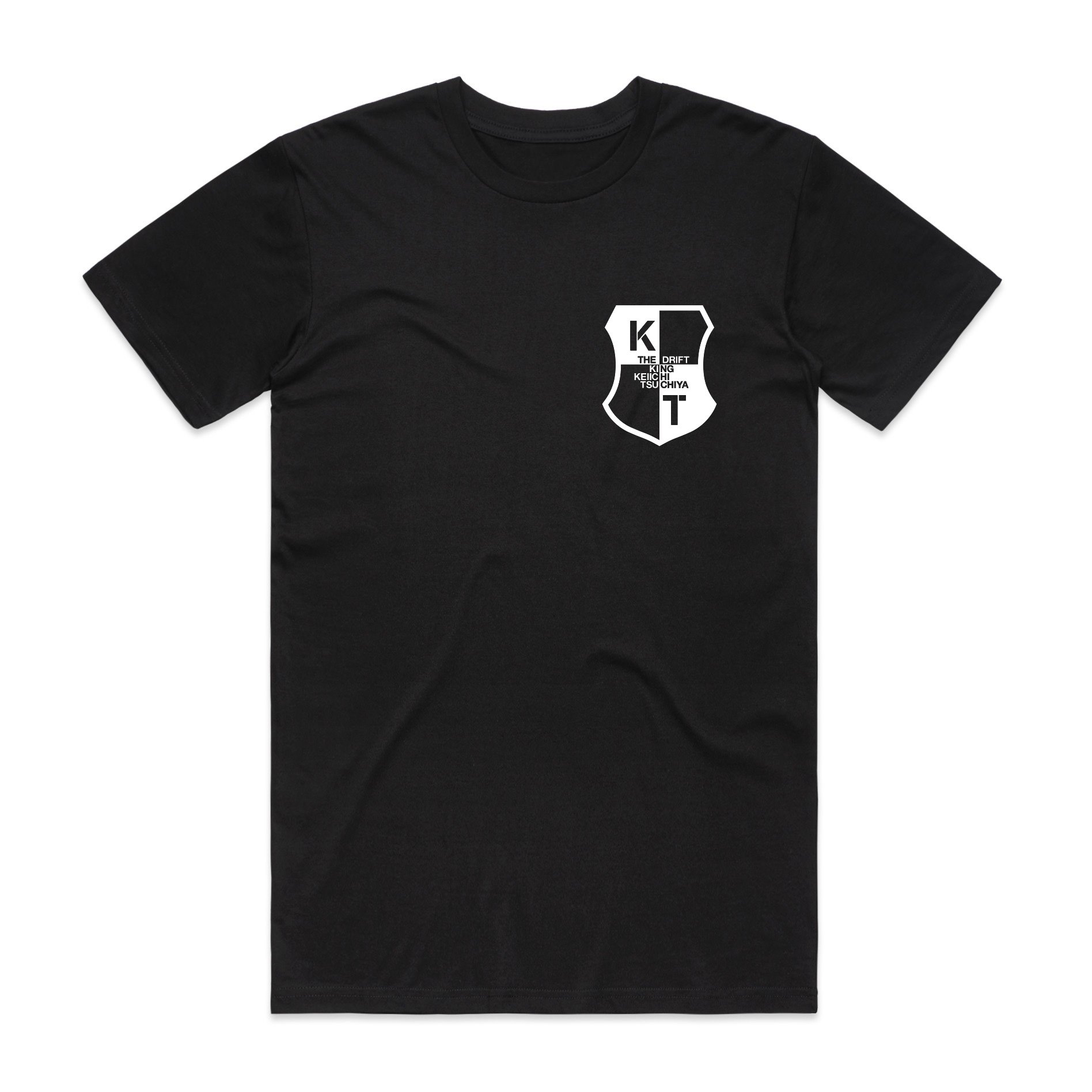 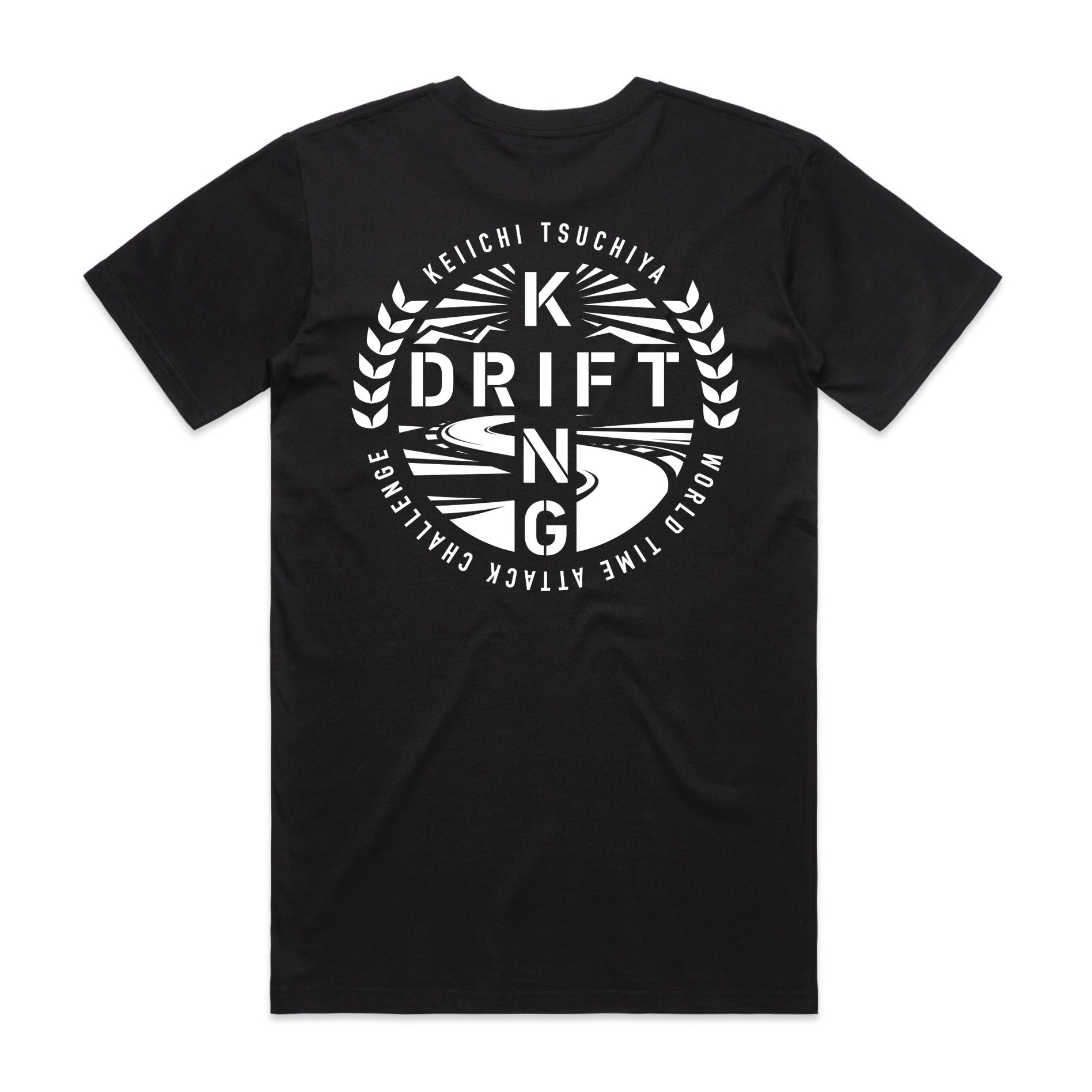 Hope you guys like the final design! I’ve put a lot of love in, and much respect. In the end the front is a nod to his Kei Office brand, the back a nod to the amazing Drift Bible DVD. This T-Shirt is one for the fans for sure!!! Find it at the WTAC merch stall at World Time Attack Challenge 2019!