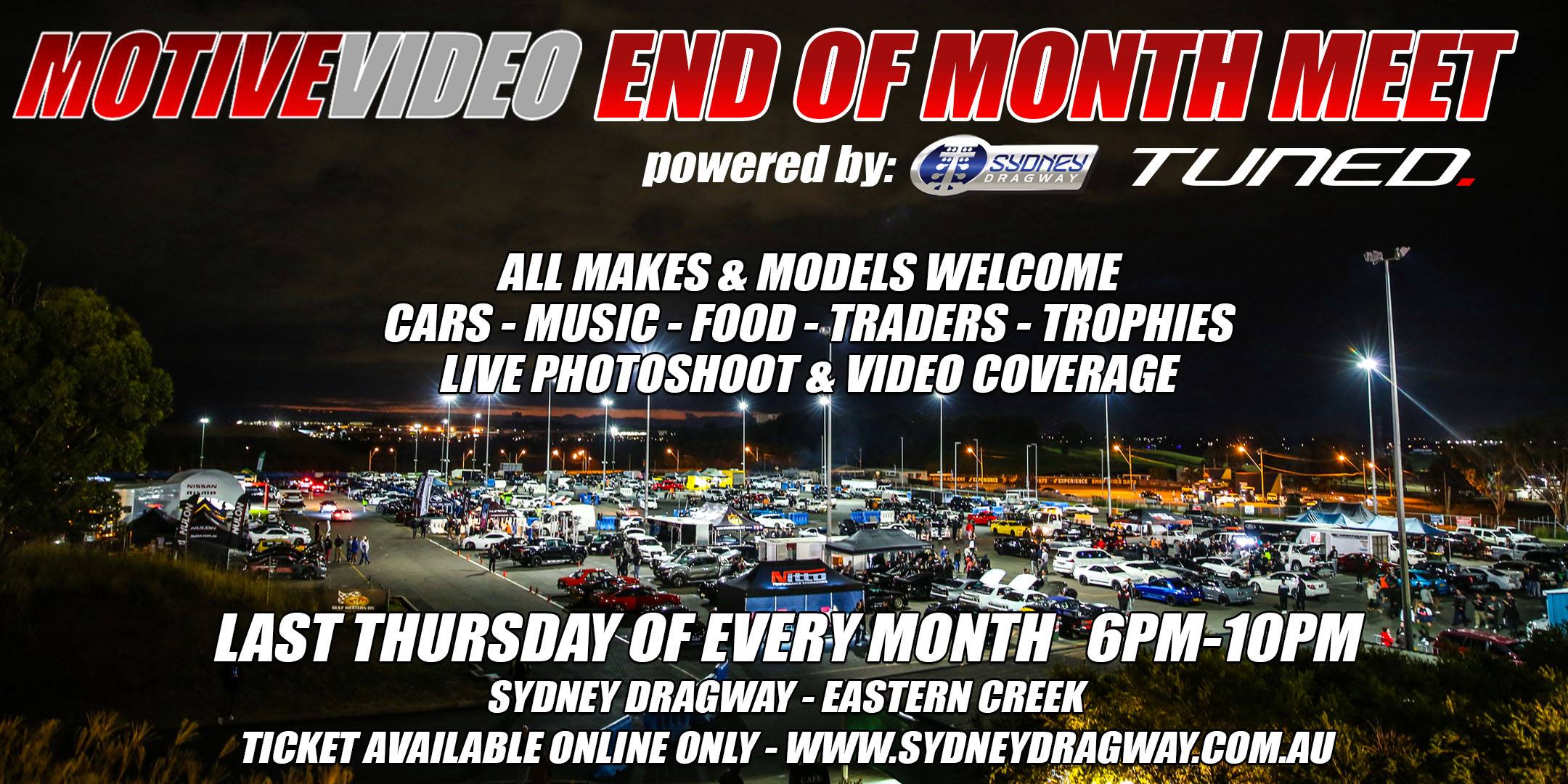 End Of Month Meets are back!

I founded and hosted the very first JDM Style Tuning End Of Month Meet (EOMM) back in March 2005. The concept was simple. I was inspired by Daikoku Futo meets in Tokyo Japan and wanted to re-create the same “all in, all welcome” vibe in our own backyard. The meets were awesome, and grew in size real quick.

We ran the EOMM’s for the love of it, for the scene. WSID management insisted on a $15/car entry fee to pay for lights, ticket booth staff and a clean up crew. I tried my best to convince them to let all cars in for free just like Daikoku Futo meets, but only managed to get them down to $10 entry/car. Hundreds, most times thousands of cars would rock up every month, you do the math! The event was definitely a lucrative deal for WSID, but a small price to pay for a venue that we wouldn’t get kicked out of every month.

Towards the end we had a growing number of bad eggs ruining it for the rest. We’ve always tried our best to ask patrons to keep the music down when entering and leaving the meets, and to not rev their engines at the meets or do burnouts on the way out, but the scene is the scene (hey even at Daikoku meets people do filthy burnouts on the way out!). It is what it is, but sadly it just got worse and worse to the point where a crowd of people would egg on the burnouts just outside the meets, add to that a few accidents with people hitting poles and knocking down fences on the way out. In 2017 we asked the Police for help, they attended one meet, then on the next one they set up a defect station and well, that was that.

Fast forward to yesterday; I got a heads up from Andrew Hawkins of Motive Video that the End Of Month Meets are back. I believe the scene needs this meet and I believe that the event is in good hands and wish Andrew all the best. The first Motive Video End Of Month Meet kicks off at the end of this month on Thursday the 30th of July. Be sure to check out the events page here: https://www.facebook.com/events/2698965683719476