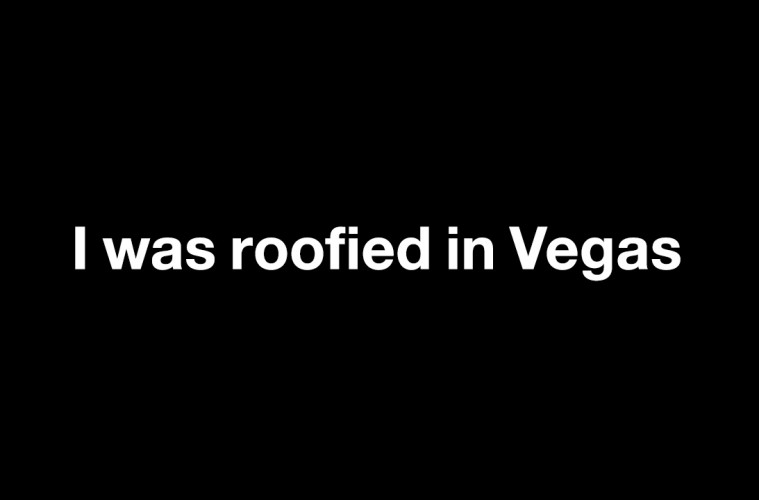 I was roofied in Vegas

What happens in Vegas, stays in Vegas… but fuck it. Ima share my Vegas story anyways as it’s something I’ll never forget and also a story that could act as a cautionary tale for those visiting Vegas in future.

A few years back I was in Vegas to cover the SEMA auto show for Toyo Tyres. On the night we landed we decided to go to a strip club. We were in a big enough group to get a private room (which seemed pretty cool but in retrospect was probably a trap!). At some stage I let one of the girls know that I was a photographer and that I’d shot with Miss CJ Miles when she visited Australia, turns out CJ was in the house that night and nek minnit CJ was on my lap.

Everything was a haze from then onwards. I vaguely remember walking around the club on my own like a zombie and I vaguely remember being on a couch with 2 girls who were taking $50 notes out of my pockets whilst I was trying to explain that heeeey, this is what Aussie money looks like!

I woke up the next morning on the floor just inside the door in my hotel room, naked, with the neck of my T-Shirt stretched around my waist, leaving the rest of my T-Shirt looking like a skirt. My passport was sitting on the bedside table next to the bed and I had lost my phone and ALL of my travel money (I didn’t have time to figure out how to use the hotel safe as we’d quite literally just landed and headed out!).

I had no idea how I got back to the hotel. I had no memory of the night before. I didn’t have a hangover, but felt fuzzy AF. It didn’t take me too long to realise that I’d been drugged.

I was pissed about losing all my cash, but I was super upset about losing my phone as I didn’t synch it with the cloud and that meant that I’d lost all of my cheeky private phone pics I’d snapped over the years. Fuck. To be honest I’m still really gutted about this today. I spent the entire day trying so hard to remember the night before but no matter how hard I tried to remember shit nothing came back. The boys let me know that the last time they saw me I was having a good time. I was with CJ and a couple of girls, my hands on ass, boobs, hands everywhere… but fuck it I couldn’t remember a fucking thing!

I spent that afternoon filing a report at a local cop shop. The lady at the station laughed out loud when I told her what had happened. “Happens all the time!” she said, “Every night!”.

The guys did mention that we were split up at some point and I’m pretty sure that’s by design so if you’re reading this, and planning to visit Vegas strip clubs at some point in your life, take heed. Make sure all your cash is in the hotel safe, leave your phone in the safe too. Stick together as a group and in case you do get roofied, bring a hotel card so they know where to dump your body.