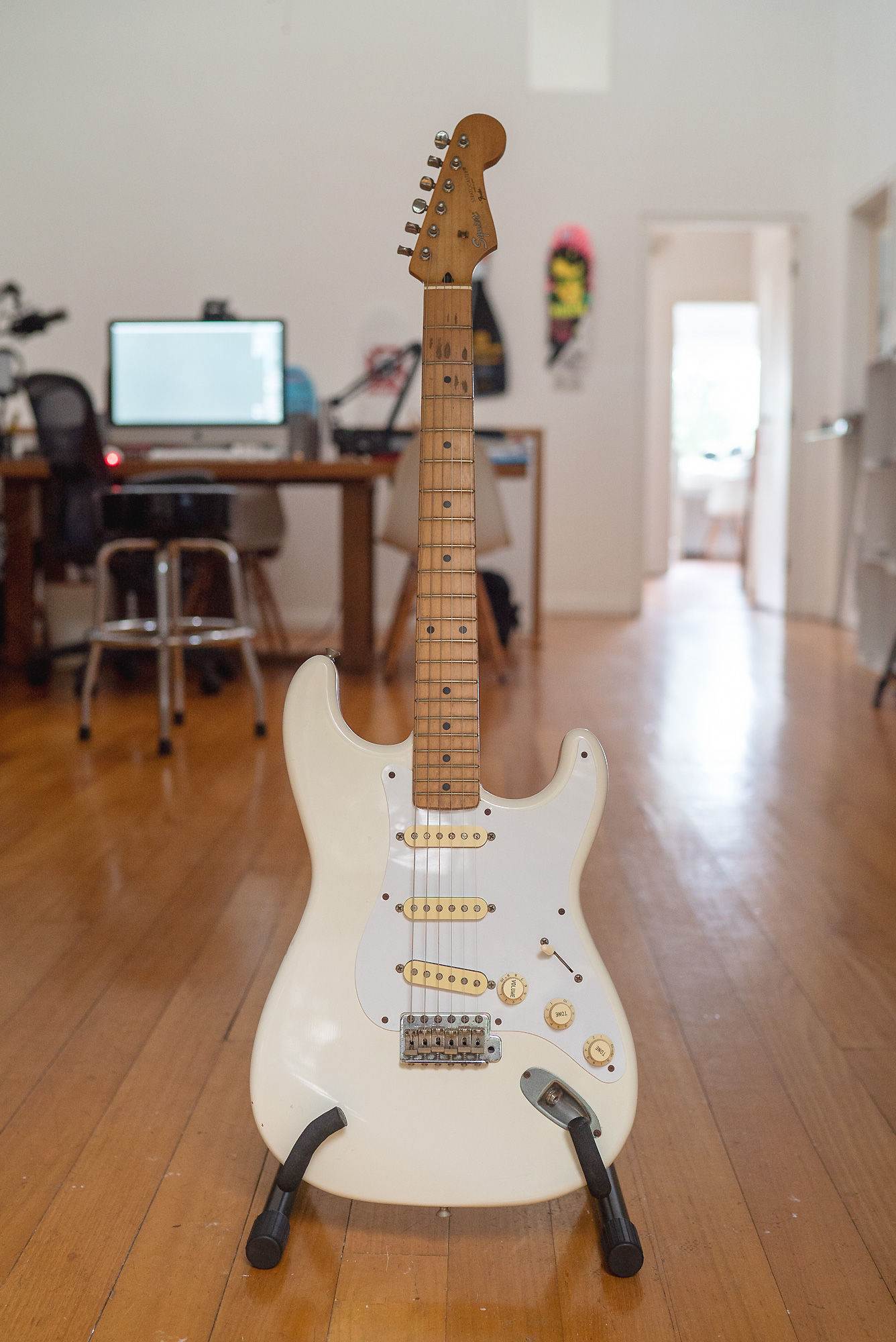 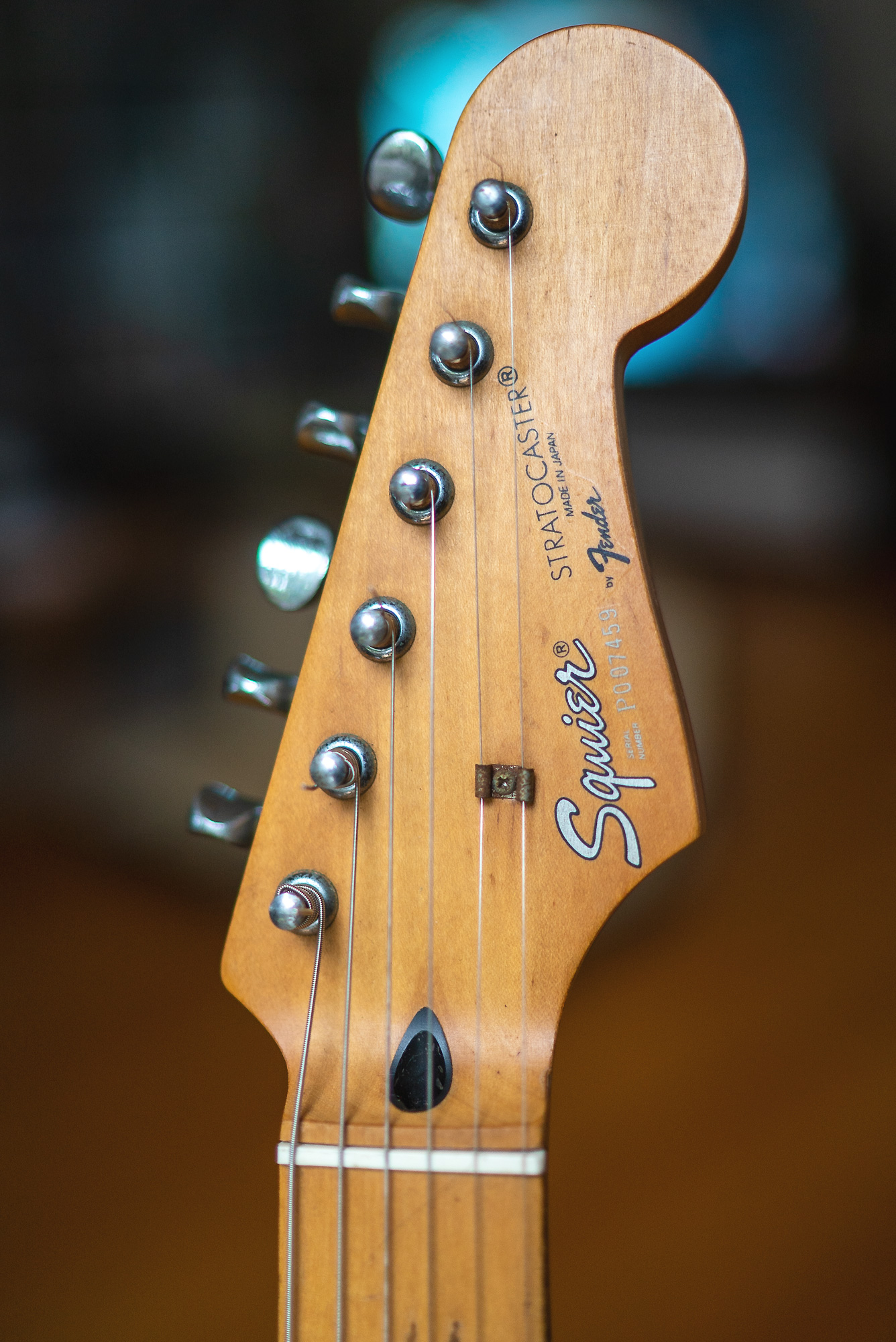 There’s perhaps no guitar in the world more iconic than Jimi Hendrix’s 1968 Olympic White Stratocaster, lovingly named “Izabella” which he used to perform at Woodstock on Aug. 18, 1969.

I bought this right-handed Fender Squier Stratocaster many years ago off a kid on the JDMST automotive forums for $300 (it even came with a Roland practise amp). I’ve always just had it lying around in case right-handed players drop around so we could jam.

I thought I’d do some research on it. The serial number on the headstock (P007459) suggests that it’s a 1993-1994 Silver Series Made in Japan at the FujiGen factory (much praised for their excellent build quality). The earlier 80’s guitars from the same factory are fetching thousands now but the later models seem to be worth a fair bit less. I’m not sure what the body is made of, it could be solid basswood, plywood or even MDF. It seems to have lower end ceramic pickups and tuners. The tremolo saddles don’t have FENDER stamped into them either.

In comparison to my Korean made Squier this guitar just generally feels like it’s lesser in quality. It’s heavier, the back of the neck is more glossy than satin, the neck feels a bit fatter and the pickups have flat pole pieces whereas my Korean Squier has staggered pole pieces. 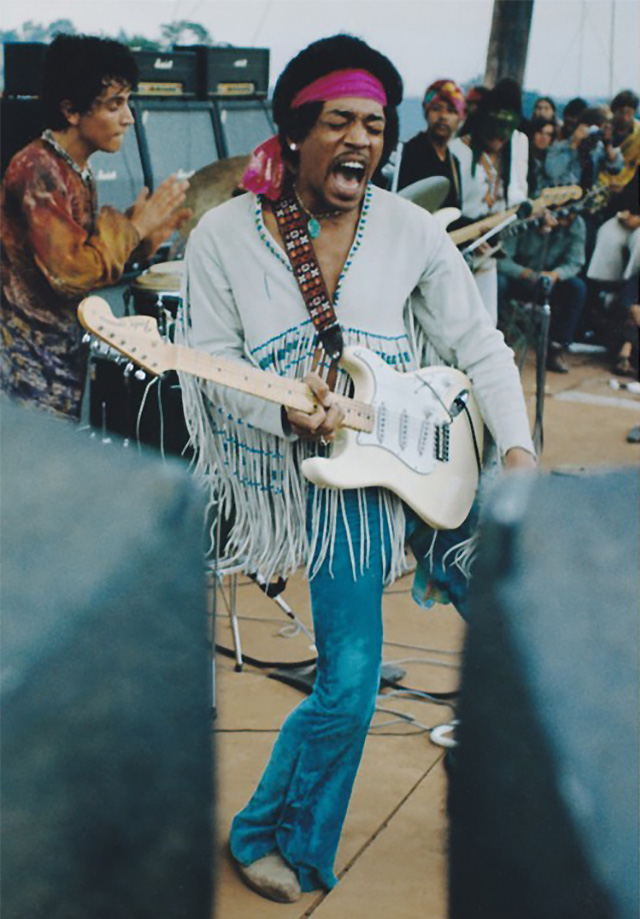 I love that it’s made in Japan though and it’s got some really nice patina on the fretboard and body too. I recently put a new set of strings on it and put it away, out of sight, in a hard case in the closet… but Jimi was calling.

I gave in to temptation and decided to turn the guitar upside down, Hendrix style. Amazingly, the guitar is the same exact Olympic White factory Fender colour as “Izabella” and all I would need to do is do what Jimi did, which is to turn the nut upside down, restring the guitar, adjust the intonation and drill a new hole in the bottom horn to reposition a strap button. 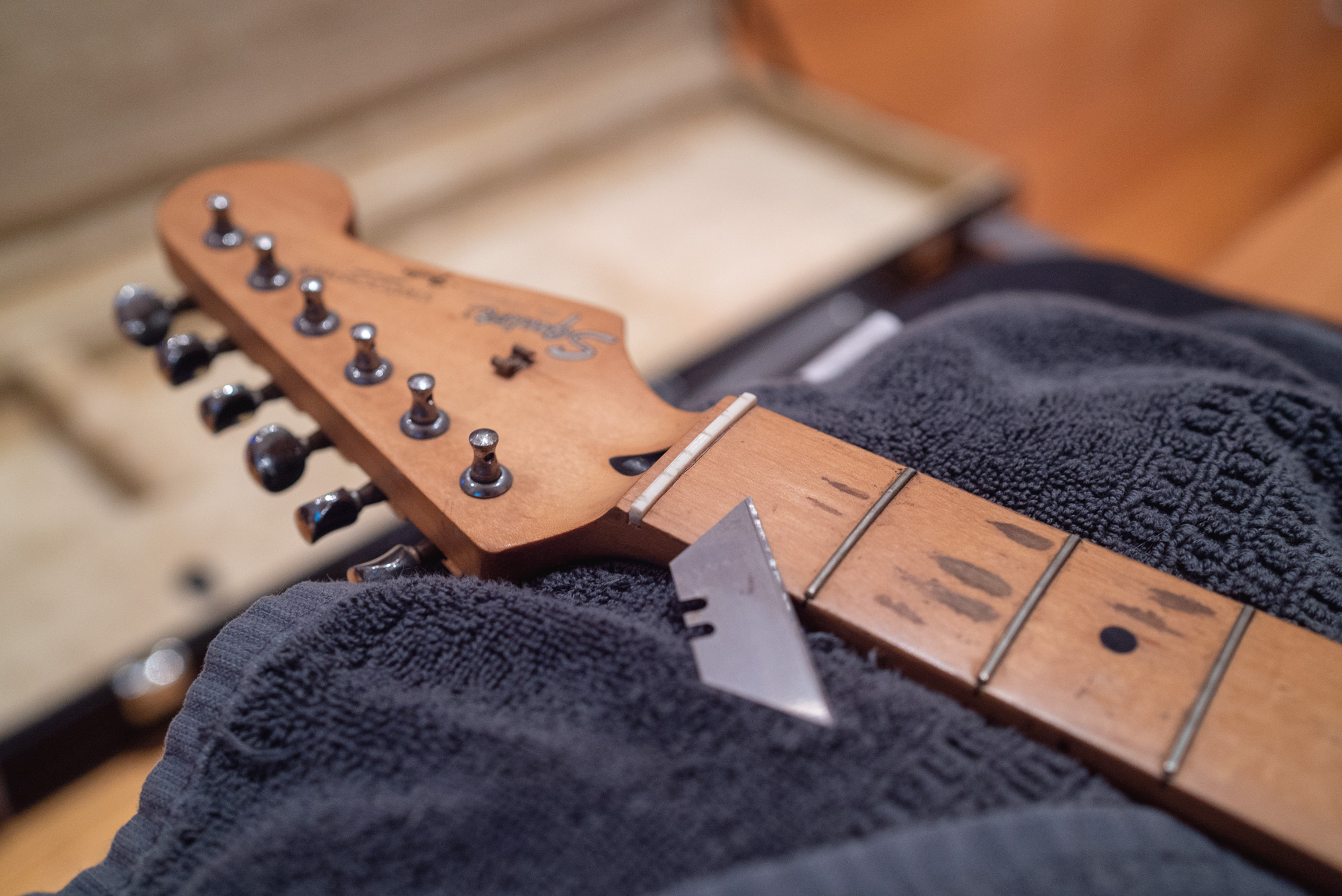 Removing the nut without breaking it was the most nerve-racking part, and I had pretty jurassic tools; a blunt metal chisel, a jewellers screwdriver and a rusty razor blade, but I did have my Dad’s old hammer and with all the luck bestowed upon it I got the nut out without any issues. 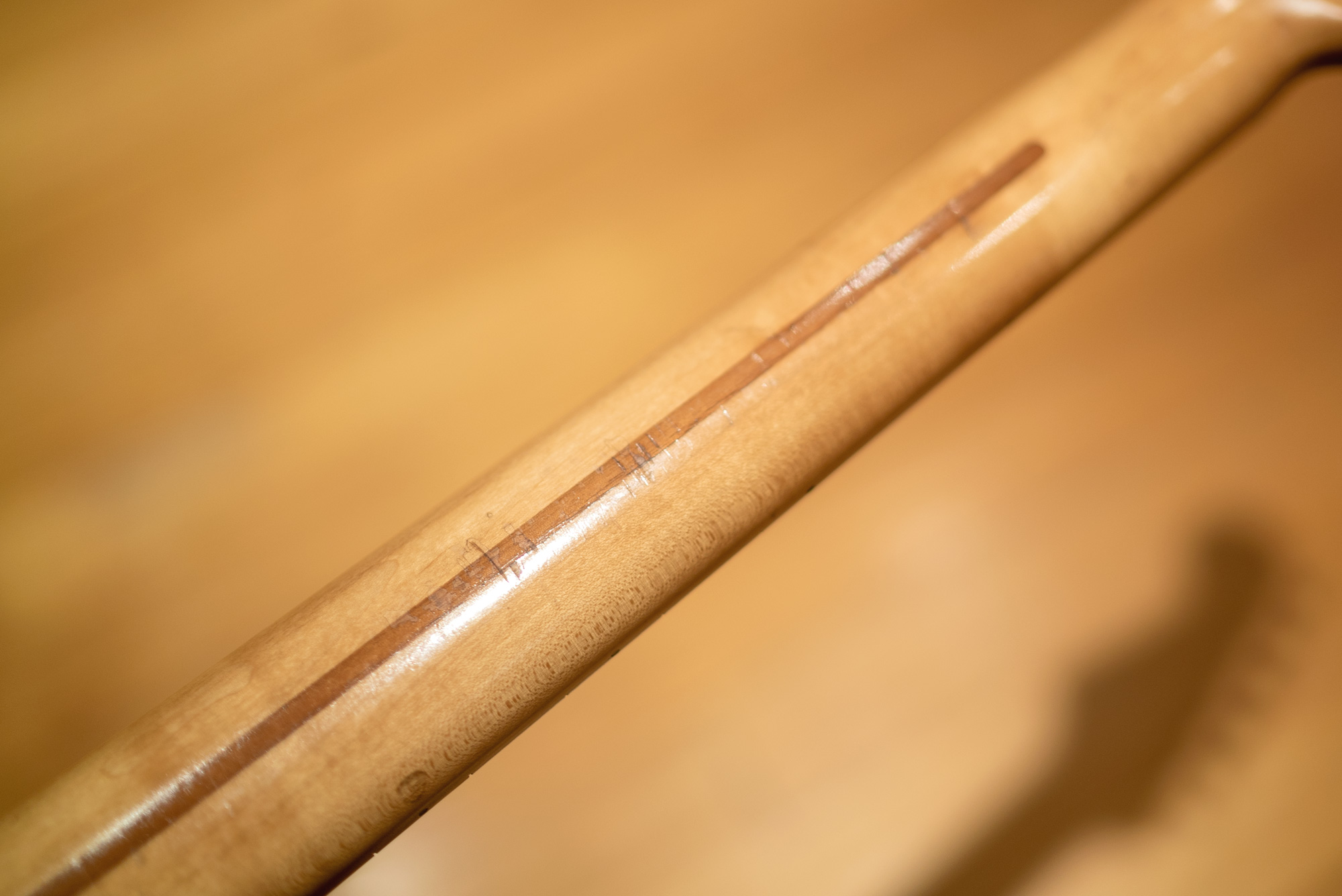 The back of the neck was pretty sticky so I hand sanded it with 1200 grit sandpaper. I’m leaving all the scratches and dings for now, the main goal was to cure the stickiness. 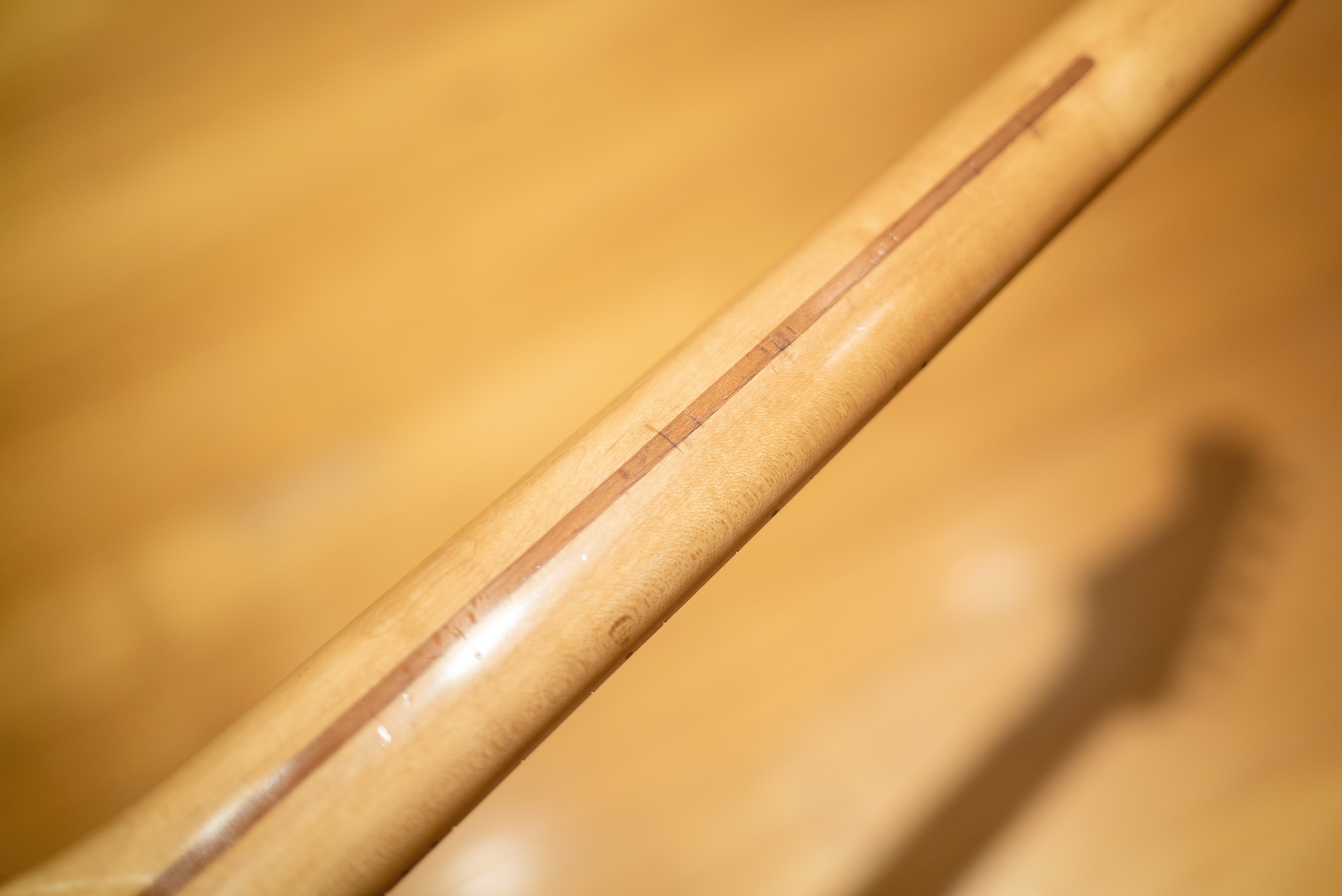 Such an amazing improvement. So much smoother and faster! I doubt I could ever go back to a painted guitar neck ever again. 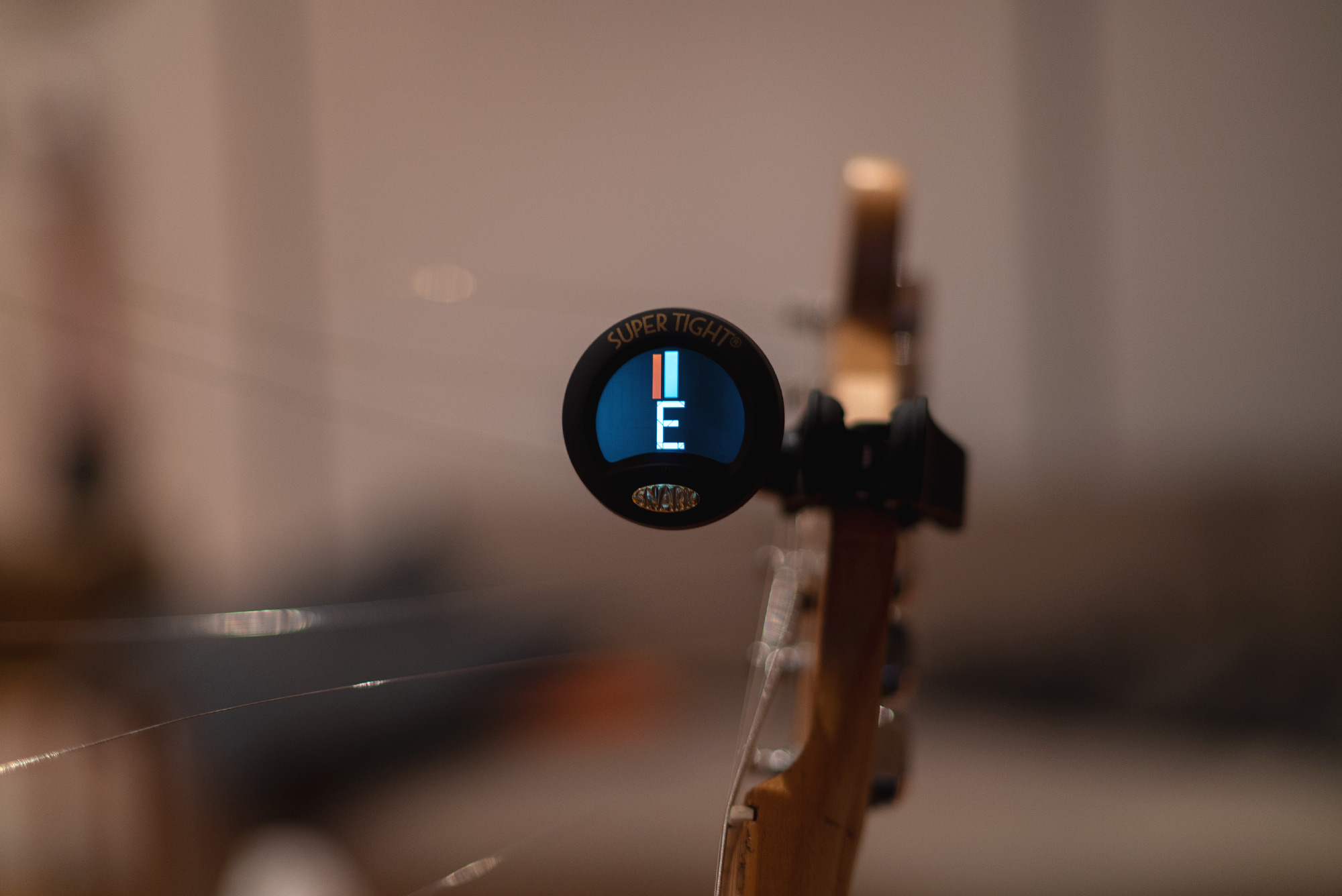 These new school clip on tuners are so amazing! I flipped the nut and for now I’ve put it back in place without any wood glue. I got some new strings on and took my good time setting up the guitar right. I didn’t have to touch the truss rod, the action is on the low side too (which I like) and the saddles only needed minor adjustment to stop some slight string buzzing. I spent the most time adjusting the intonation which came out great. 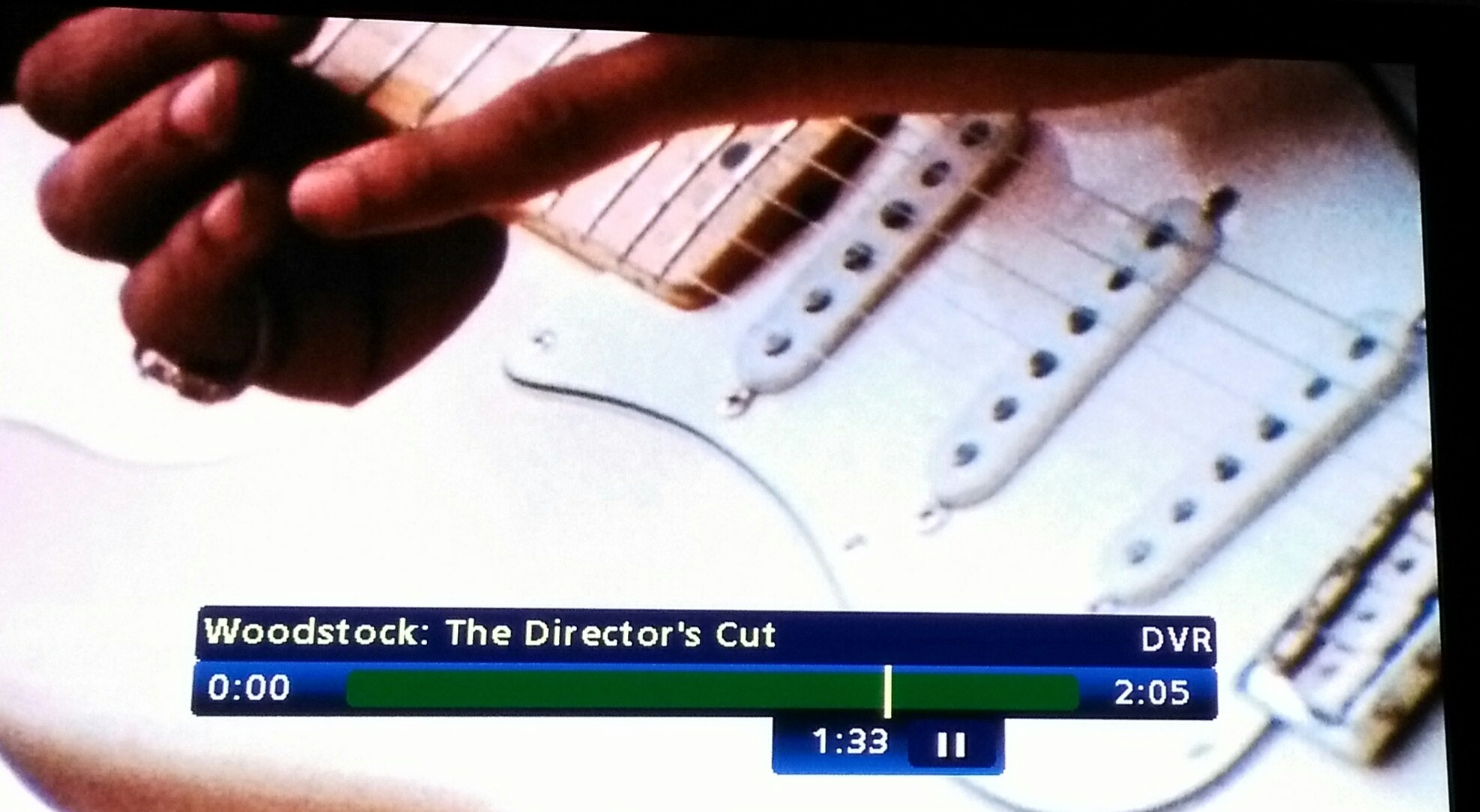 I referenced a whole lot of shots of Jimi’s guitar at Woodstock and set up my pickup height as close as I could to his set-up. 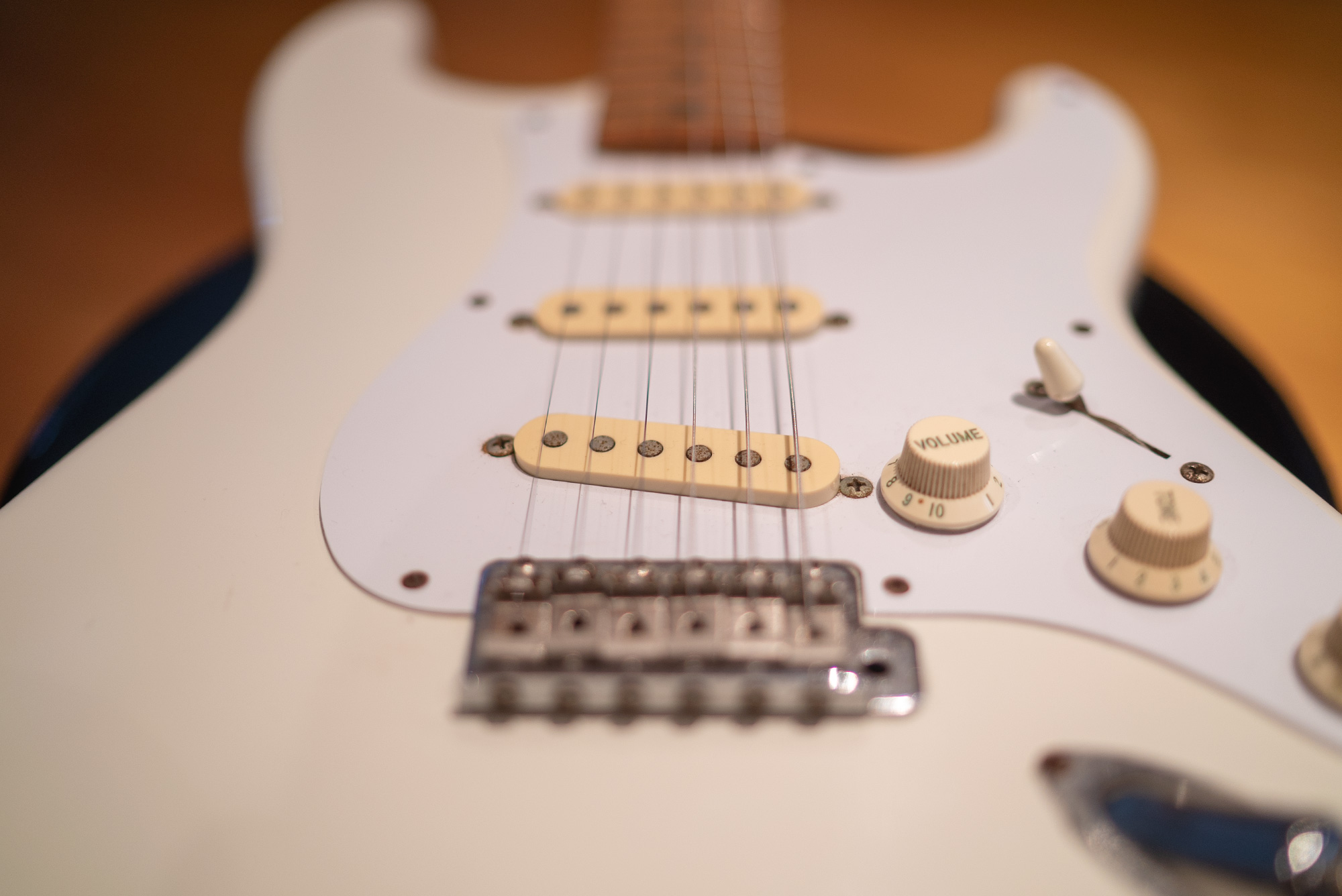 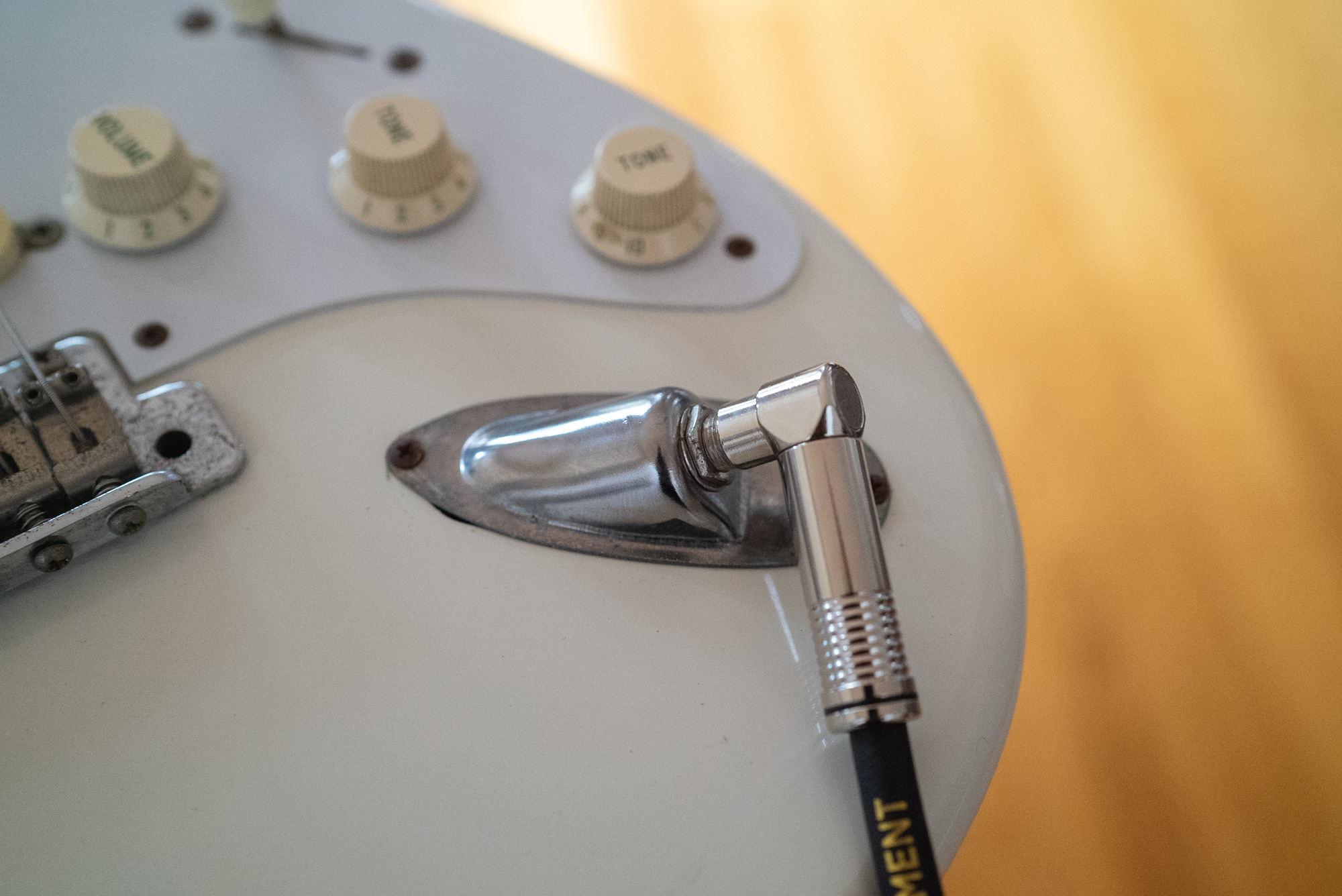 I really didn’t like how much the guitar lead stuck out whilst playing the guitar so I flipped the “boat” jack plate upside down so I could easily plug a 90 degree jack into it. You can see the routing for the jack plate is a tiny bit bigger on one edge but it’s not something that bothers me. 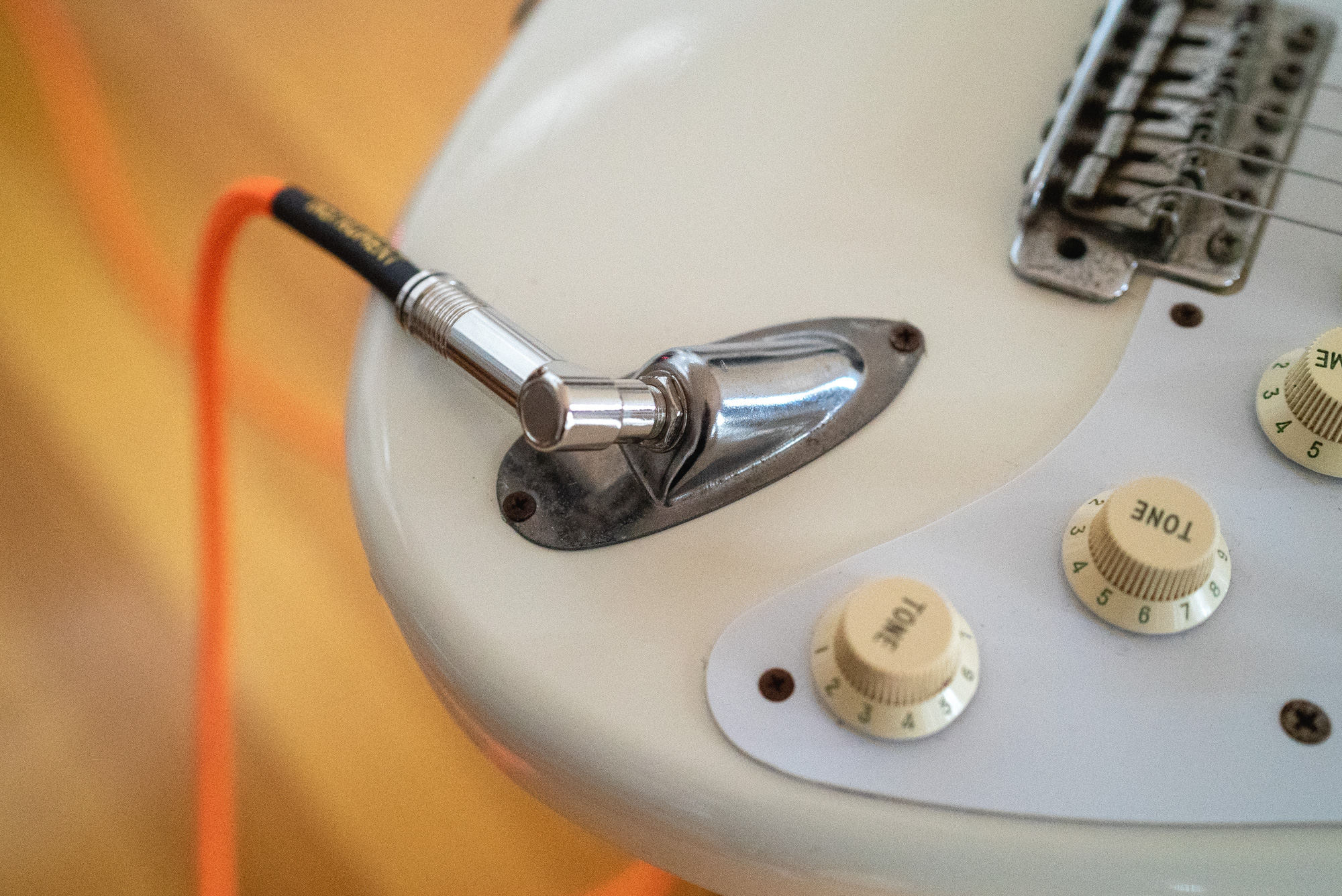 It’s such a simple mod that works so well to keep the lead at a much lower profile and completely out of the way. 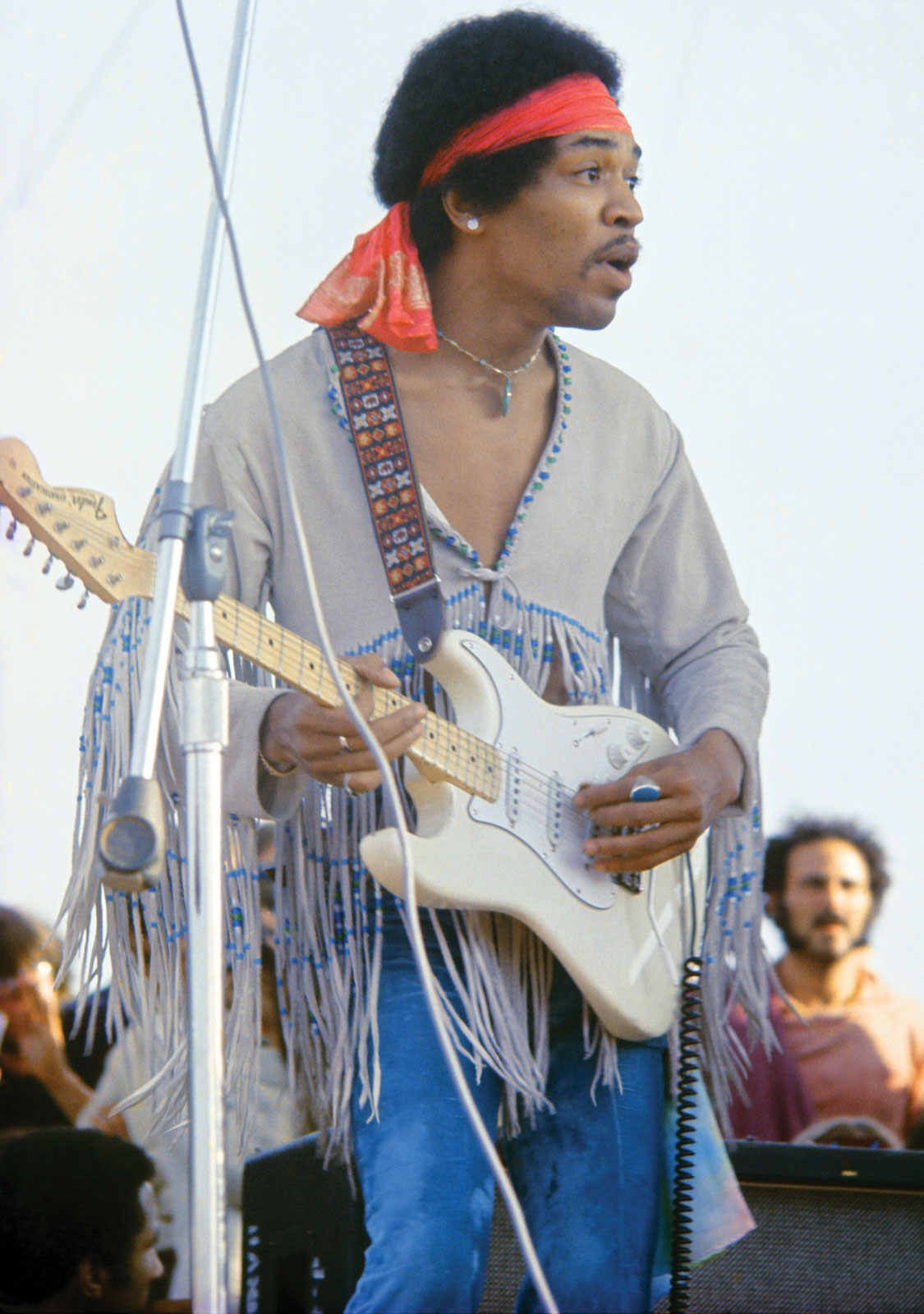 My next step was to track down a super retro coil guitar lead to complete the Hendrix Experience. 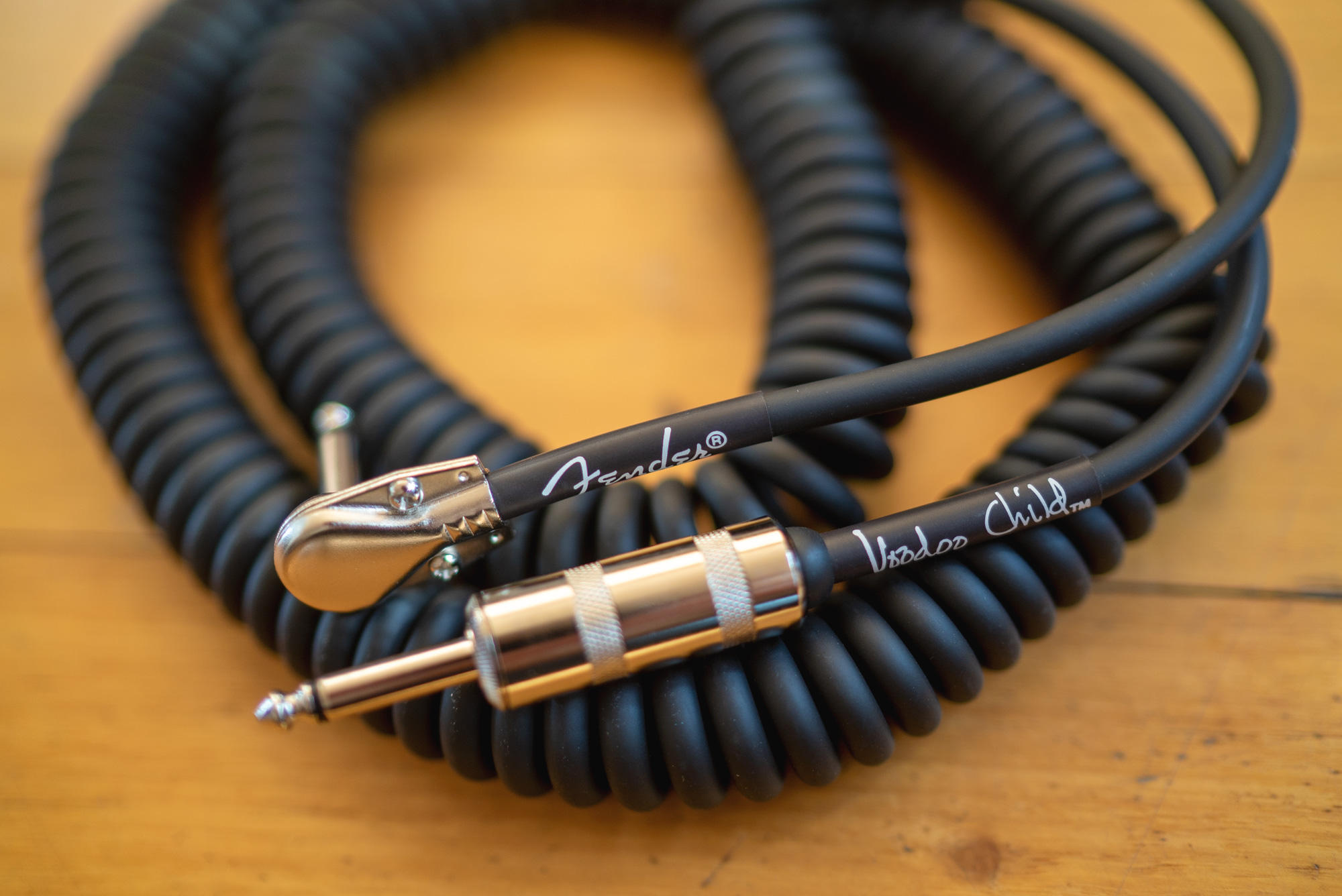 Turns out Fender were all over it with this Voodoo Child coil lead. The angled jack is super flat too giving me even more clearance. 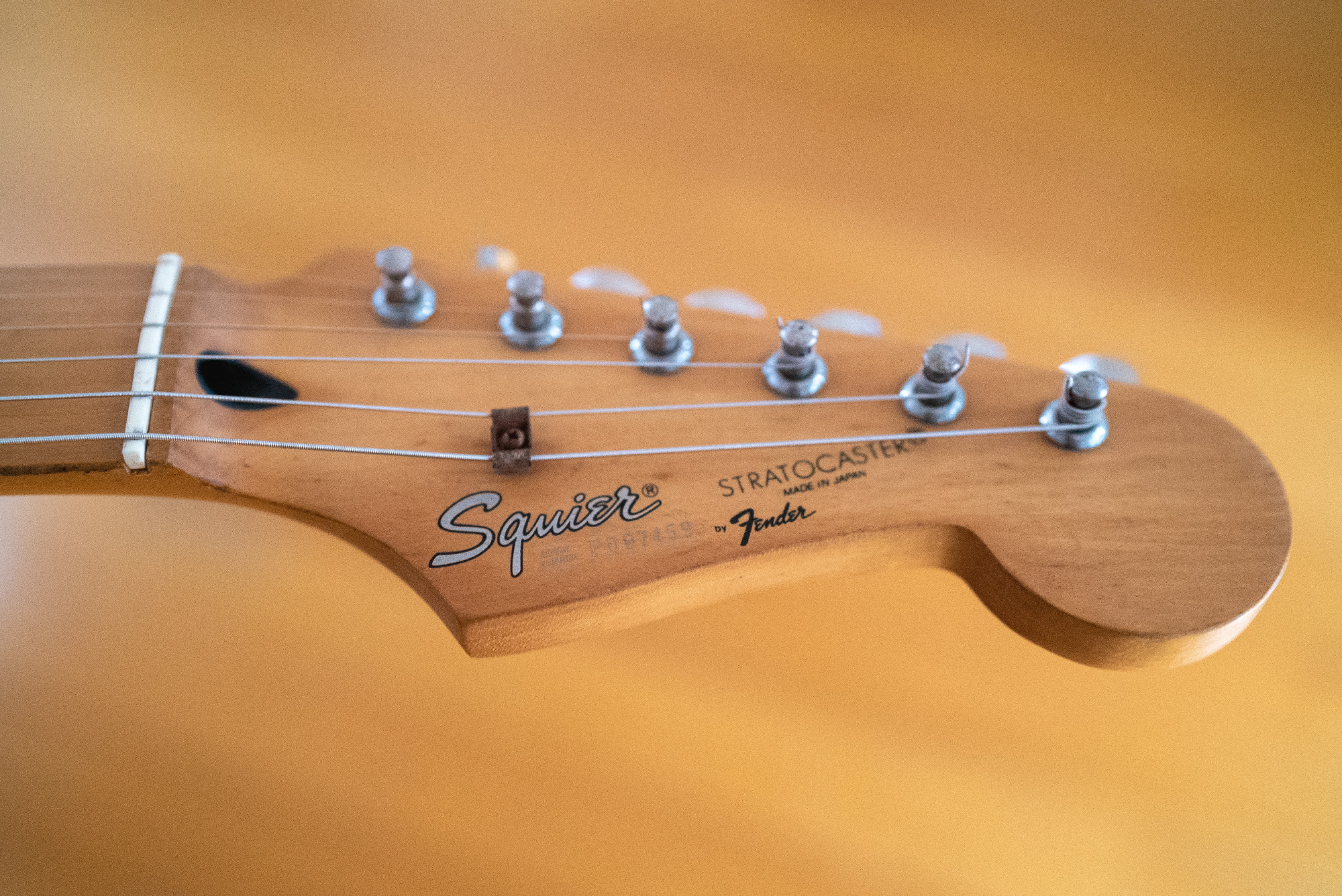 Upside down, so wrong but so right! I used a small spacer to lift up the string tree for the heavy strings. The string tree is rusty top side but polished smooth underside to avoid string snappage. 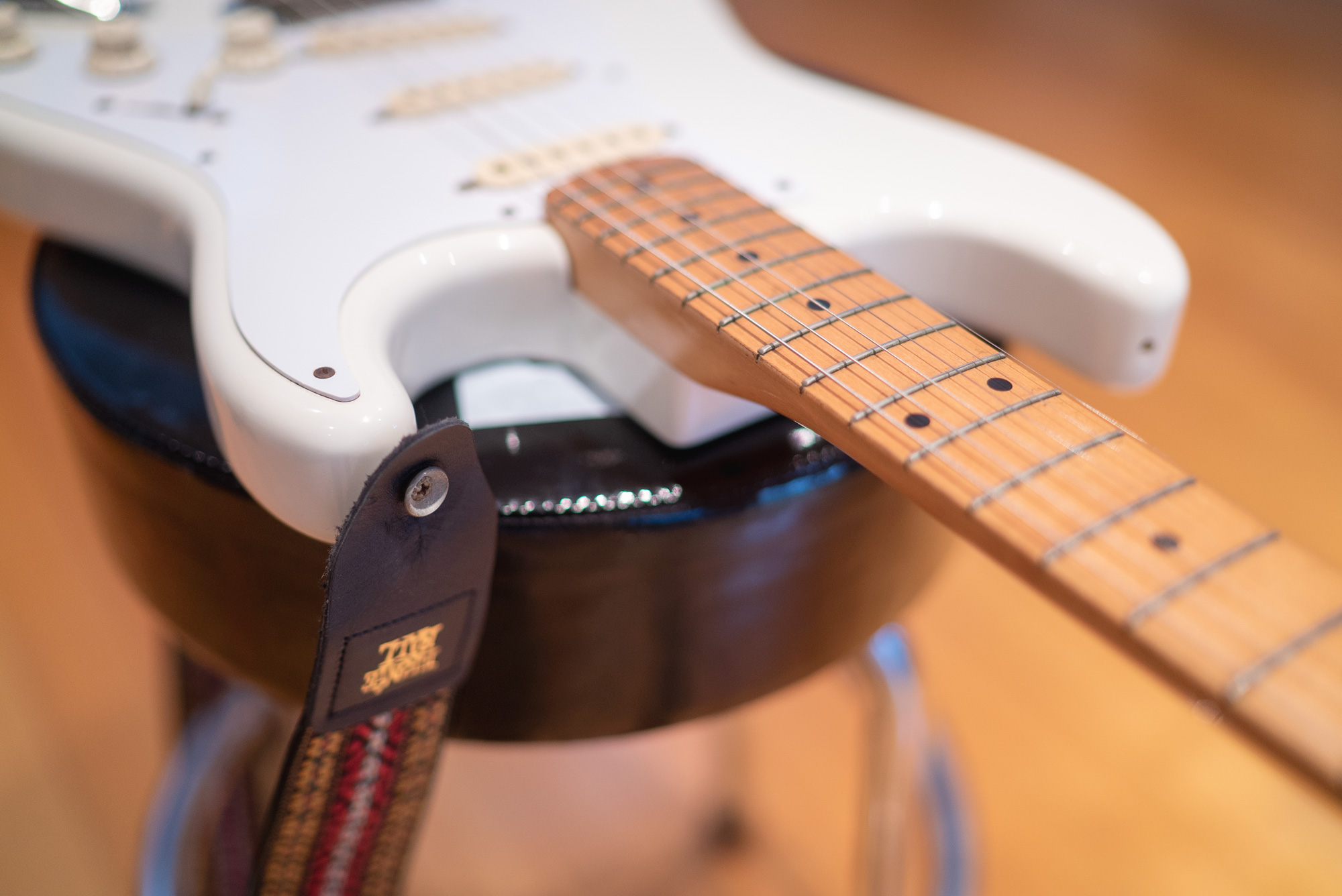 I drilled a hole on the small horn and relocated the strap pin from the big horn over. 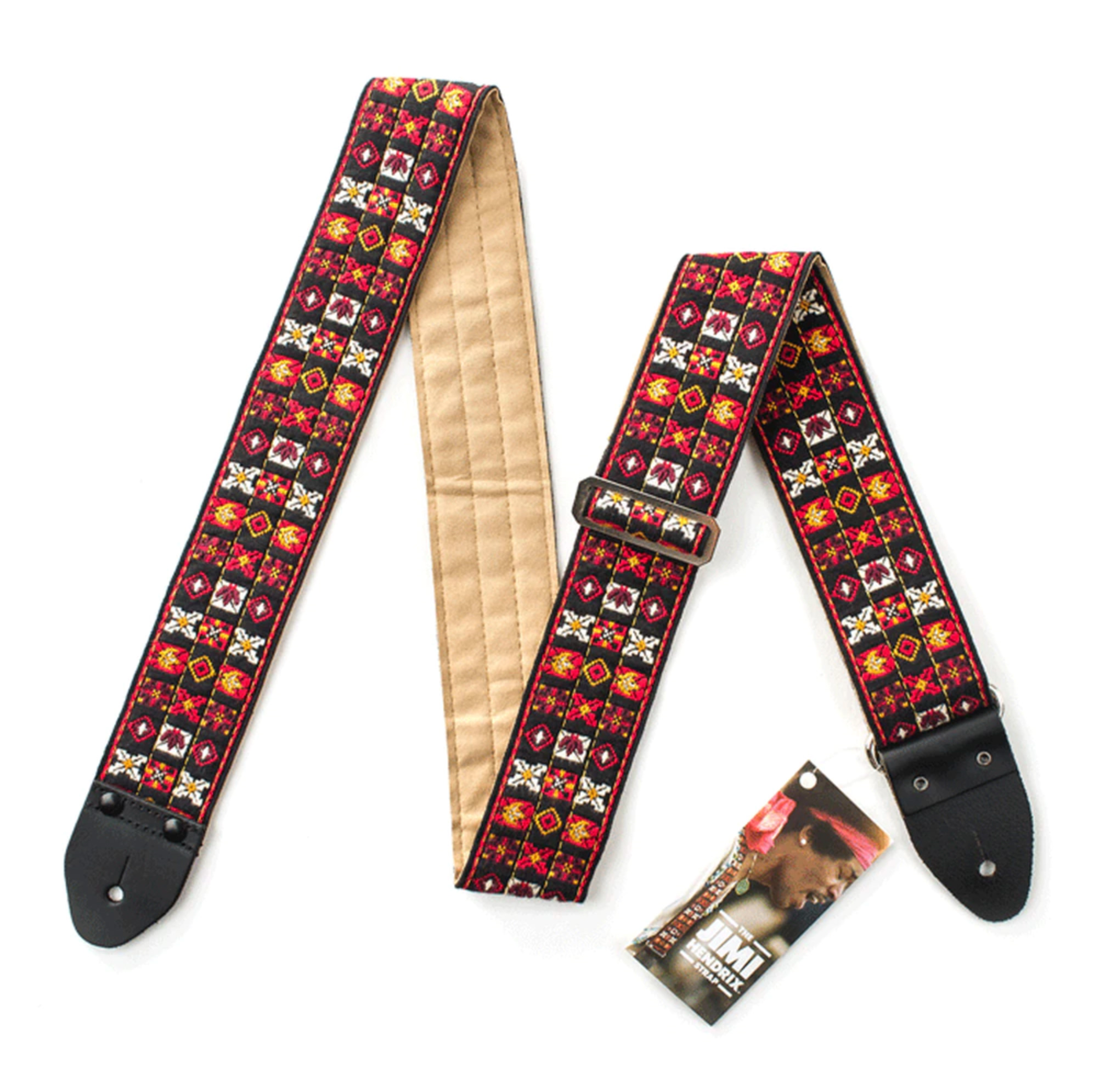 Dunlop has recreated the strap Jimi used on Izabella at Woodstock. I’ve got it on order from the US and it should get here early May. 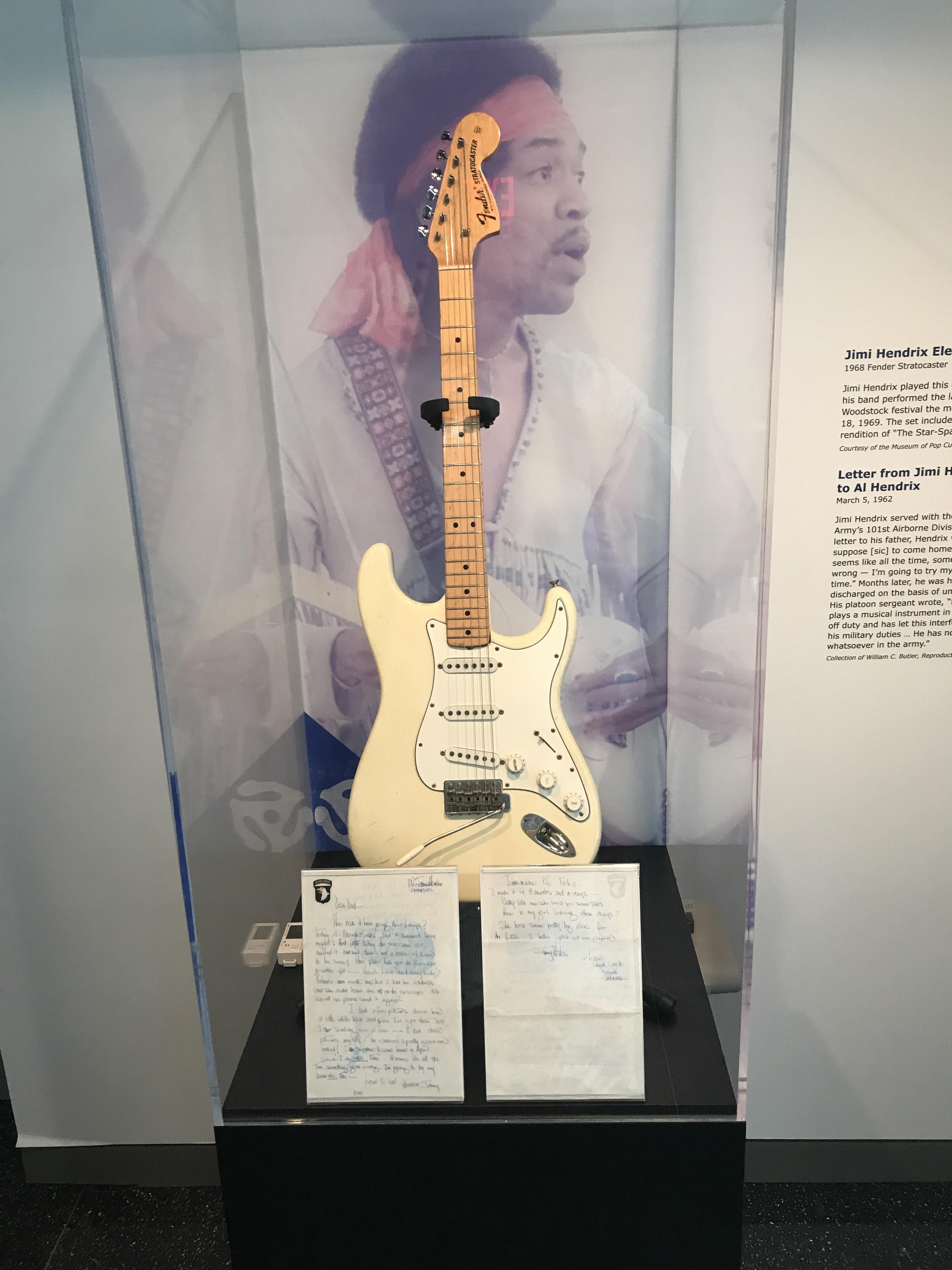 Izabella was given to Jimi’s drummer Mitch Mitchell who sold it in 1991 through auction. The guitar was sold once again after only two years to Paul Allen, Microsoft co-founder for an undisclosed amount (rumours are it was somewhere in the neighbourhood upwards of $2 Million). Izabella the Woodstock Strat is now kept safe at the Museum of Pop Culture in Seattle. 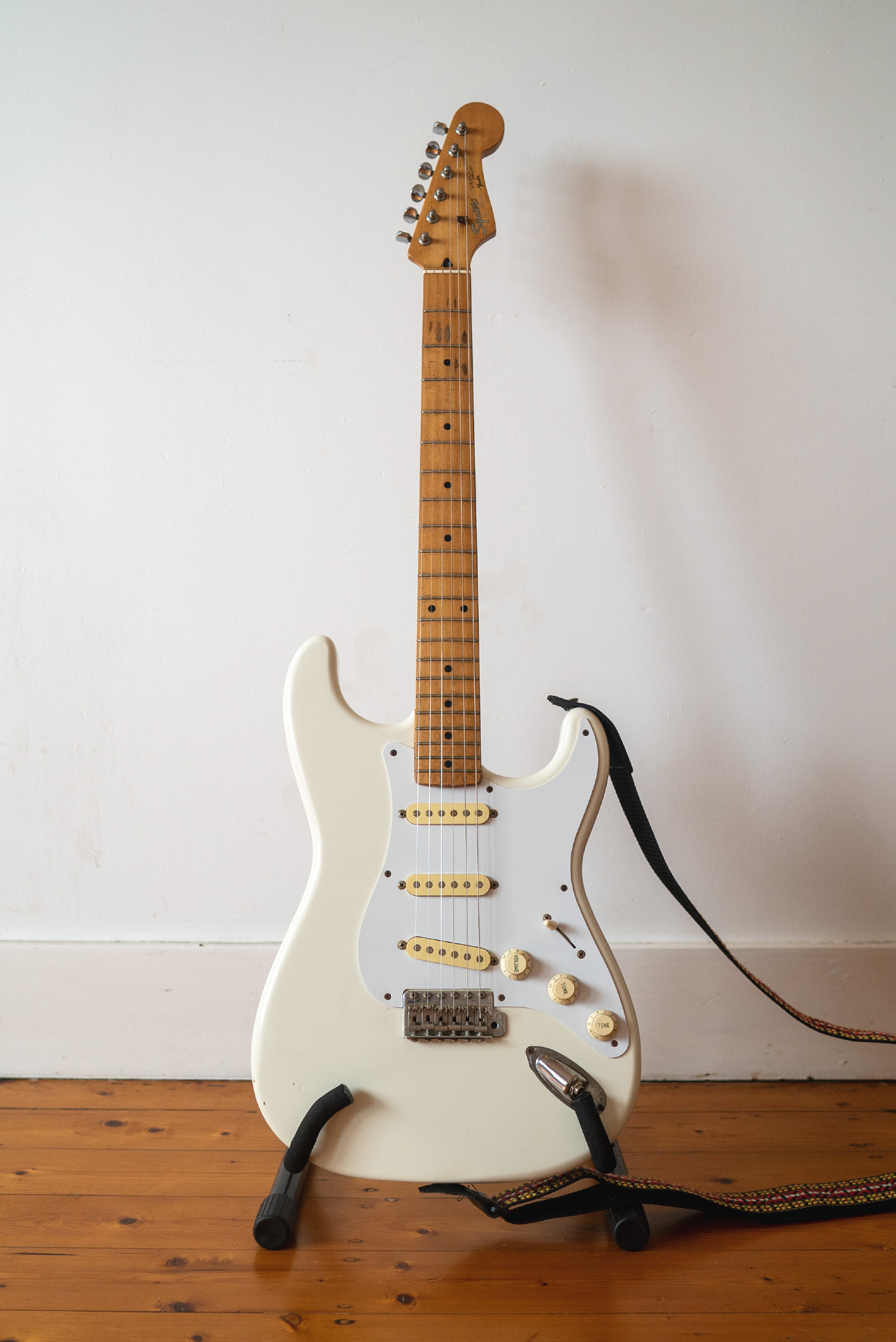 All done. I’m really happy with how it all turned out! 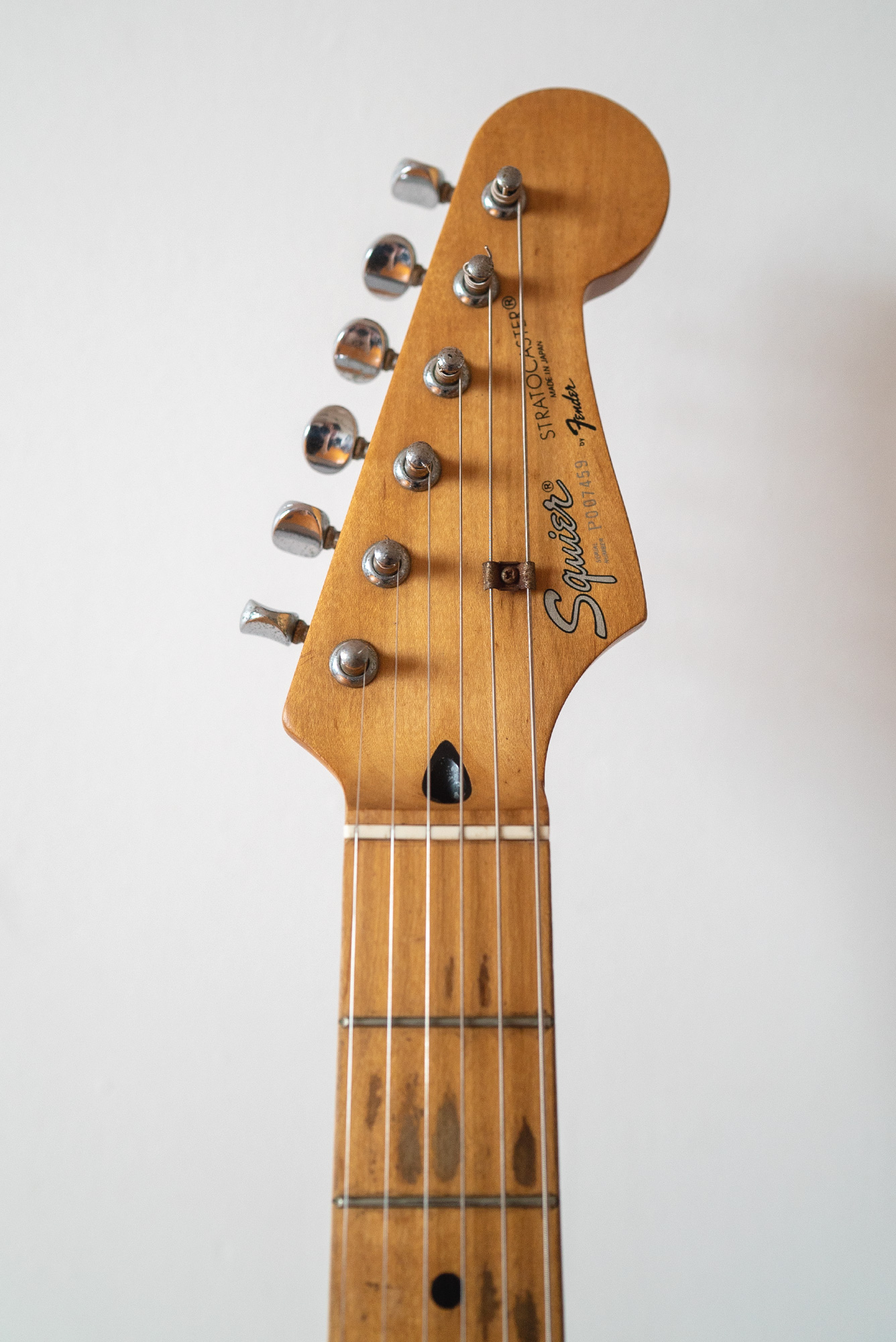