I’ve wanted an American made Fender Stratocaster since the late 90’s but I’ve never been able to commit to buying one until today. Yesterday I was in touch with a Melbourne based custom guitar builder about building my dream Strat. His quote came in at around $1700-2000+ which I think is reasonable, and something I’d still really love to design and own one day, but it’s still no Fender. I was eyeing a few second hand Strats on eBay but they’re all interstate, and the risk that comes with a $2K eBay purchase kinda freaks me out. Last night I made a reddit post on the /guitar subreddit that went off, and I had a fair few people reply with words of encouragement to go and buy that US Strat I’ve been dreaming of owning for so long.

I found a lefty Fender American Pro II Strat in ‘Dark Night’ for $2,639 at Manny’s in Brisbane, seriously an awesome Batman inspired blueburst blue to black colourway. Sky Music in Melbourne has a sale on the American Pro II Strat at $2,349 (but they didn’t have the Dark Night colourway in stock) and Manny’s were happy to price match so I pounced!

The Fender American Pro II Strat will have a fatter neck than the neck on my Korean made Squier which I’m a little nervous about. I also can’t say that the Dark Night colourway is my dream colourway but hey it’s pretty badass! I would also have preferred a simple maple fretboard over the fancier rosewood fretboard on this guitar and maybe the version with the humbucker in the bridge would have been a more versatile choice, but hey, being a lefty means I always have less choices!

Either way. I’m both exhausted, excited and relieved! Definitely the most expensive guitar I’ve ever bought. 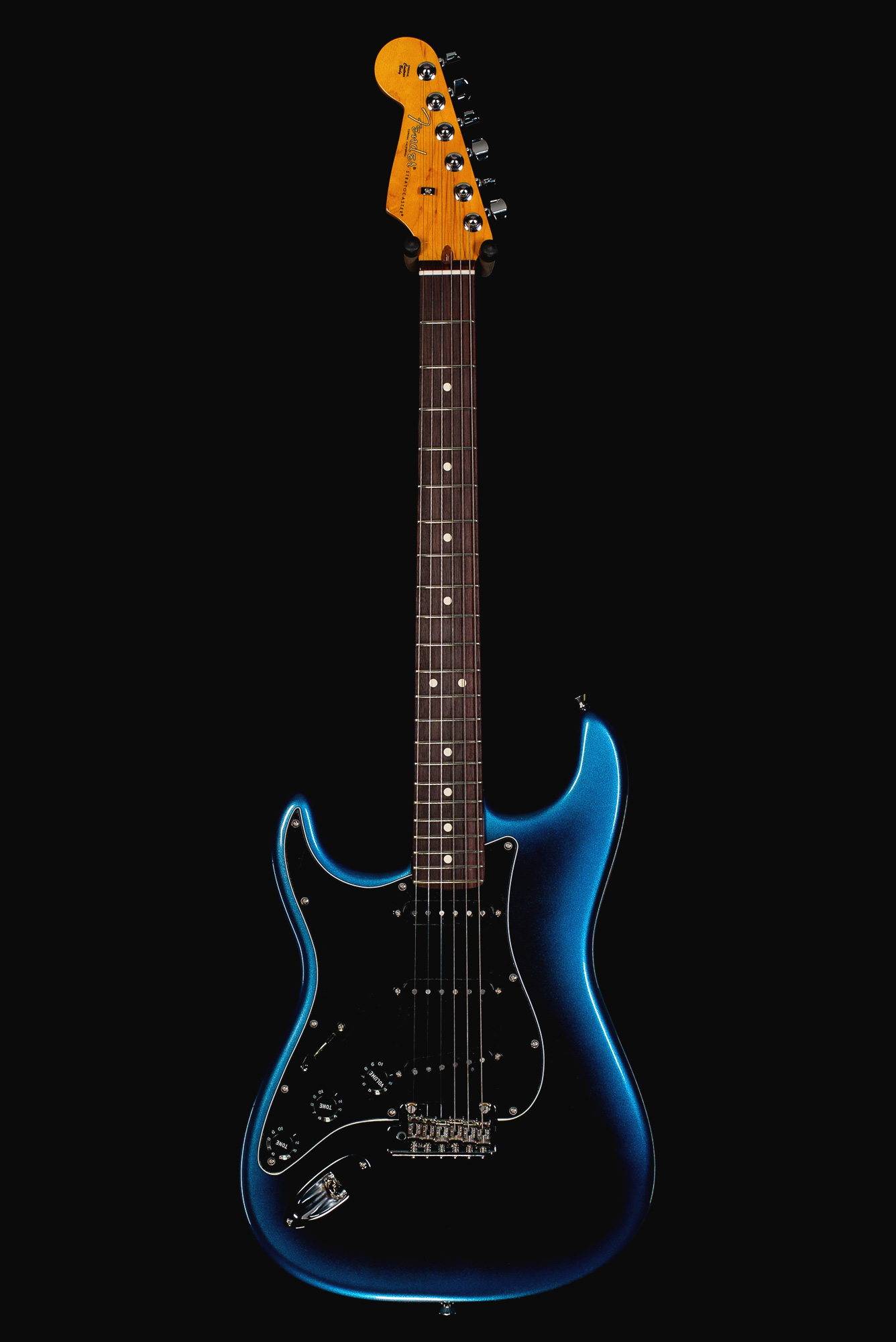 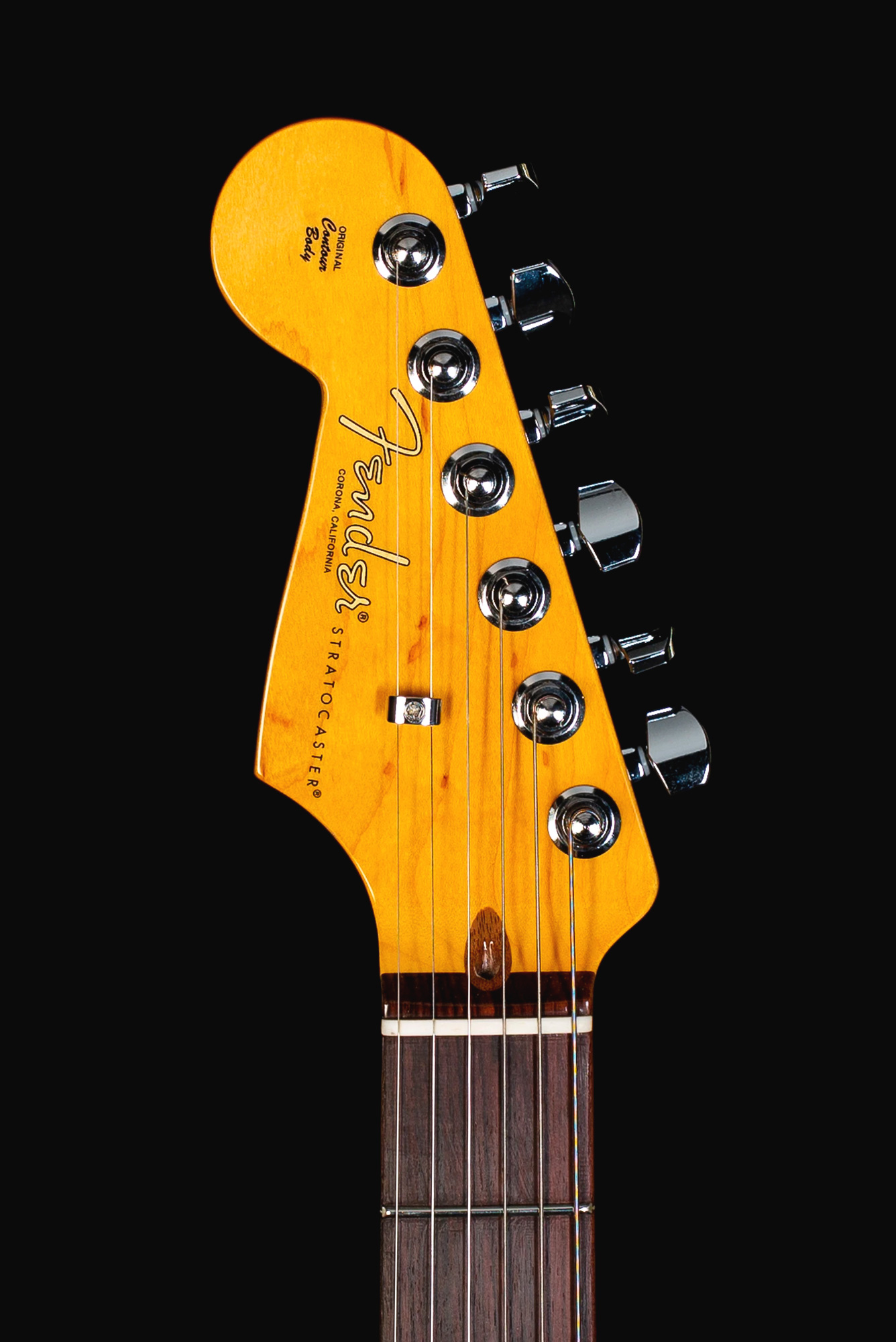 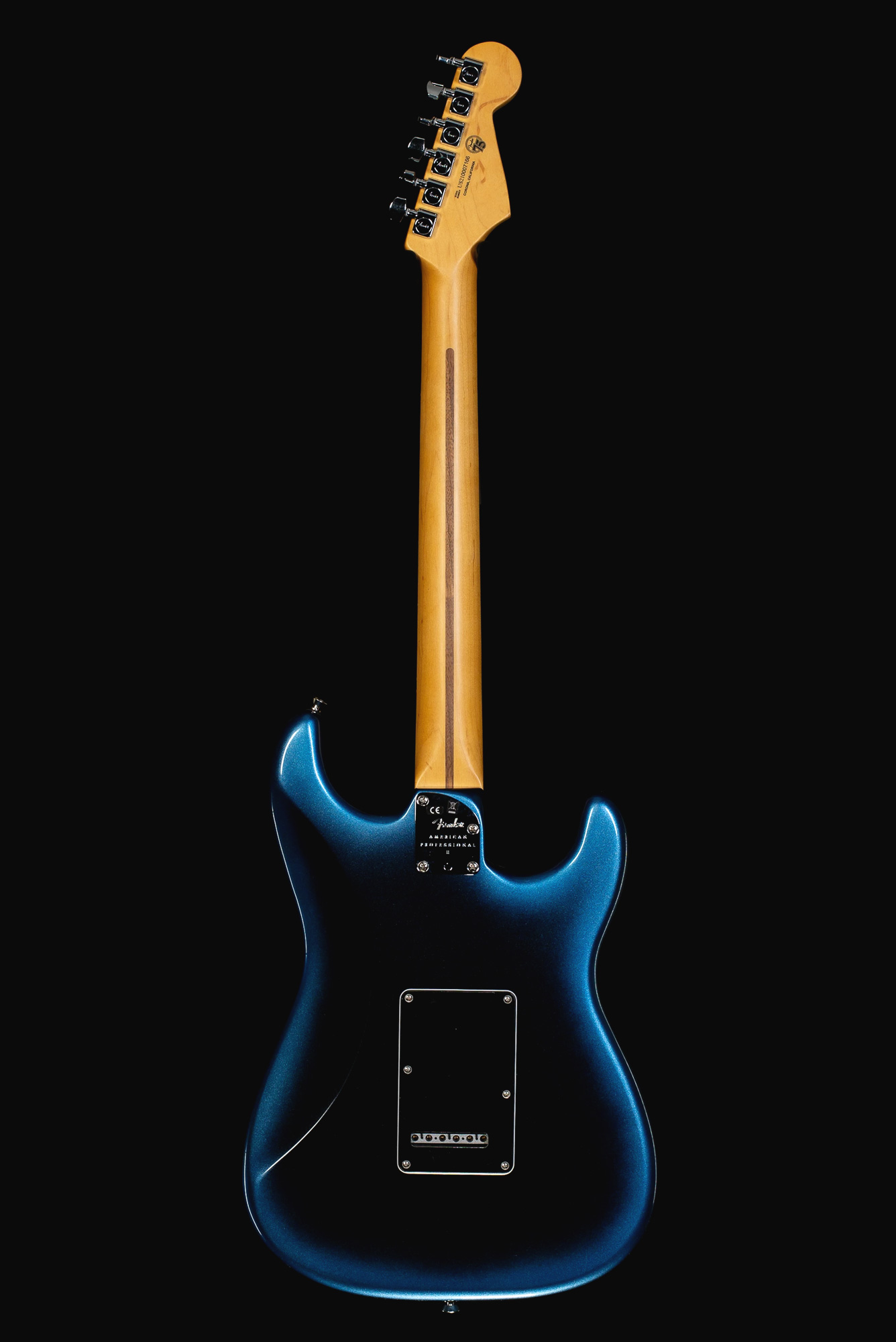 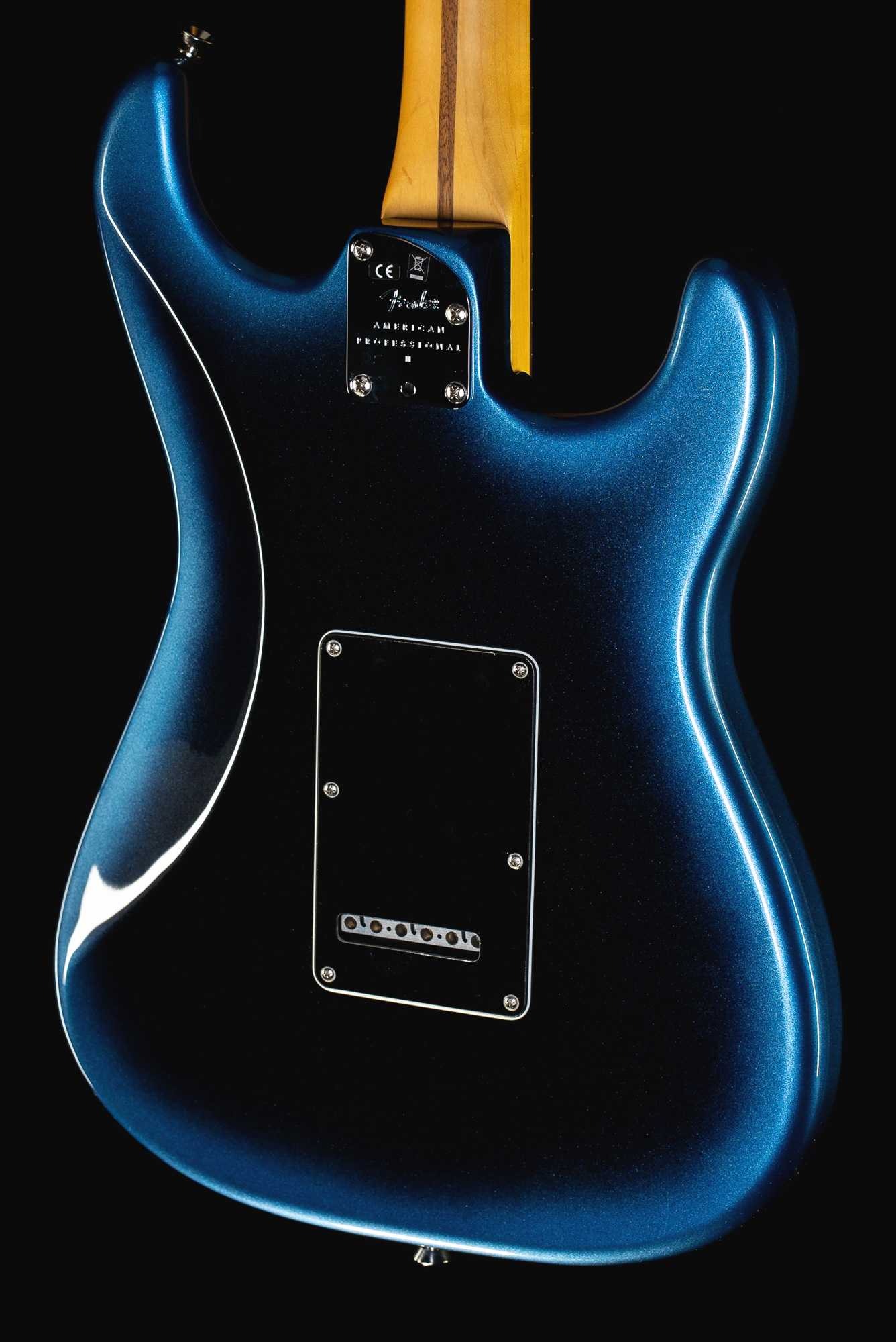 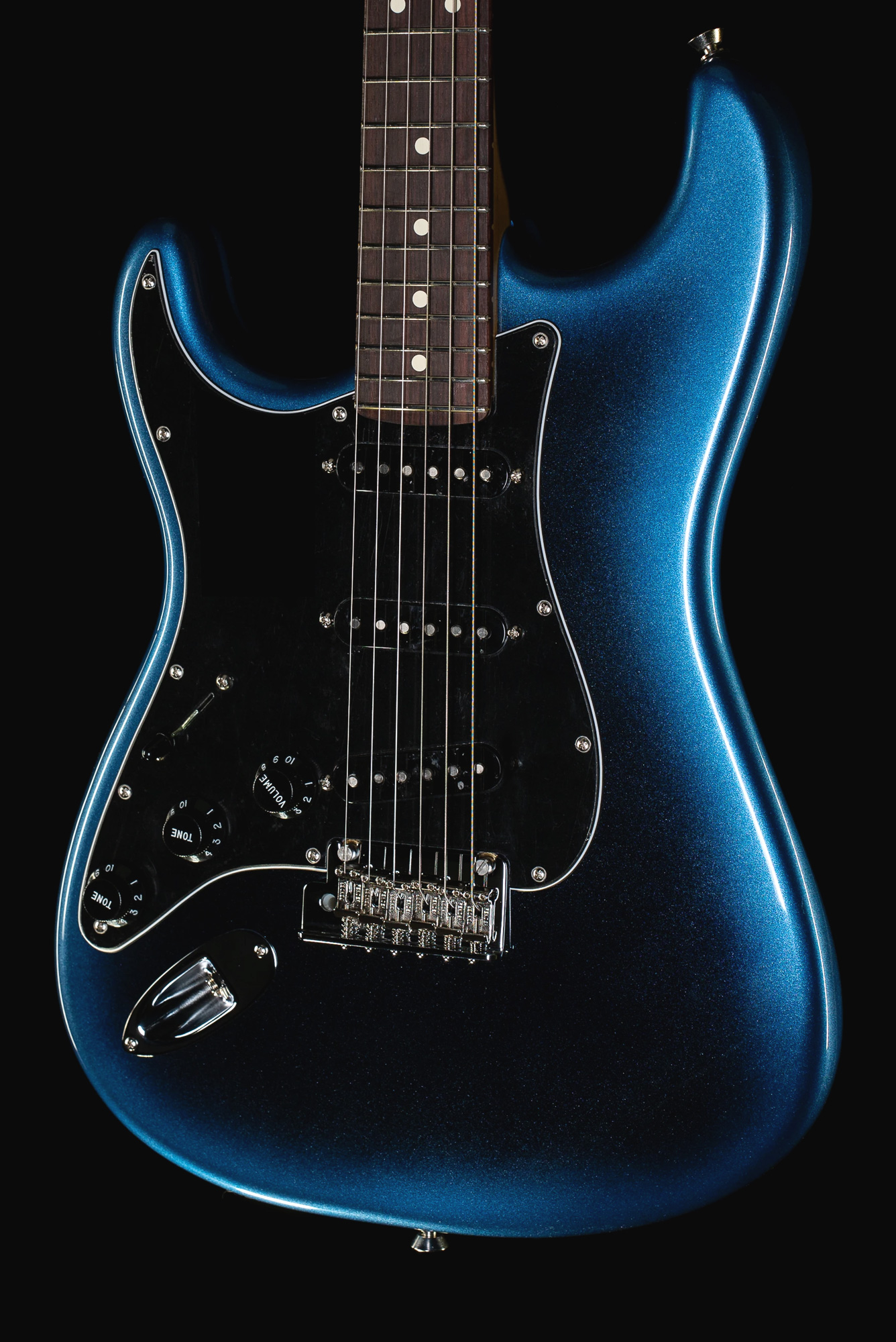 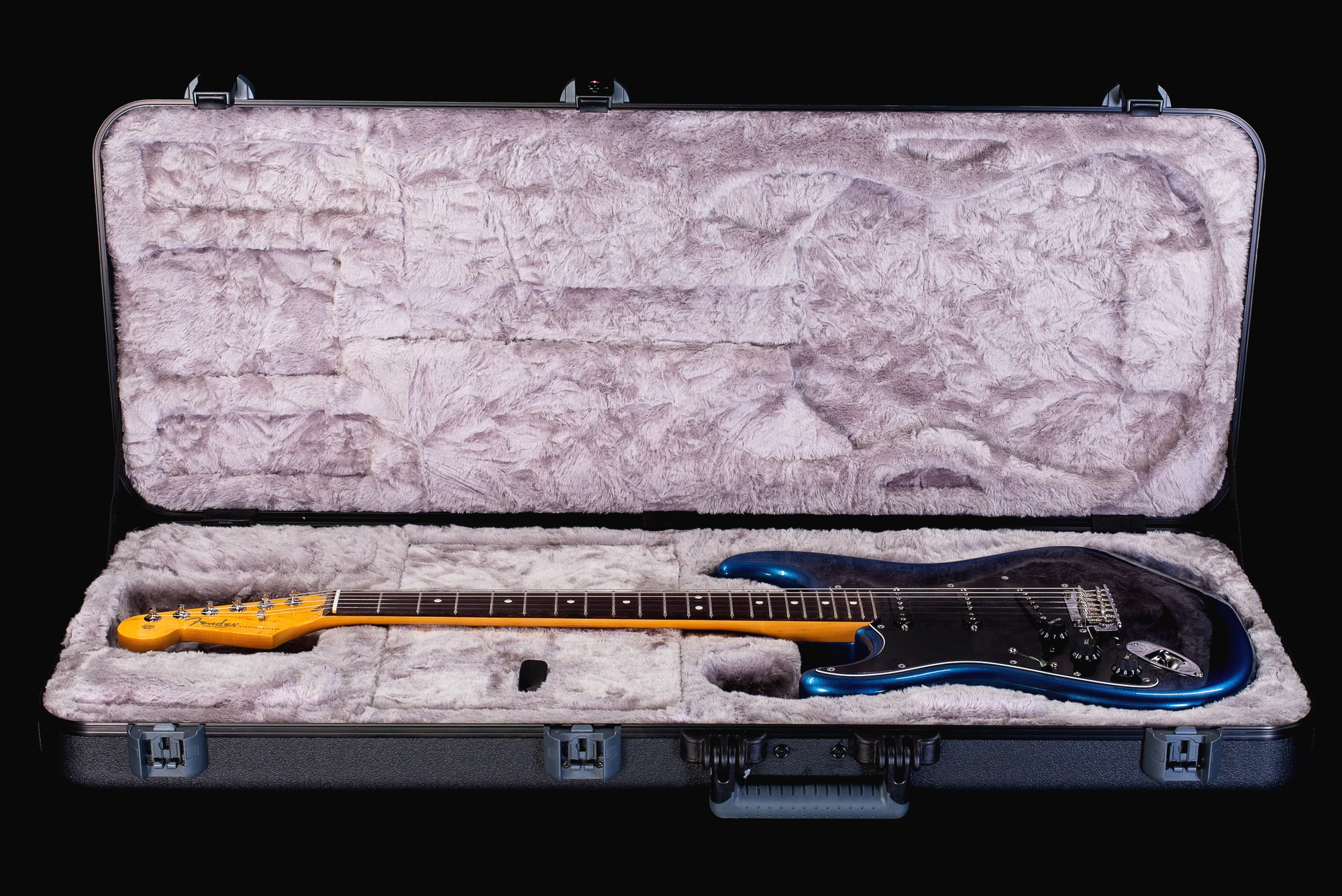 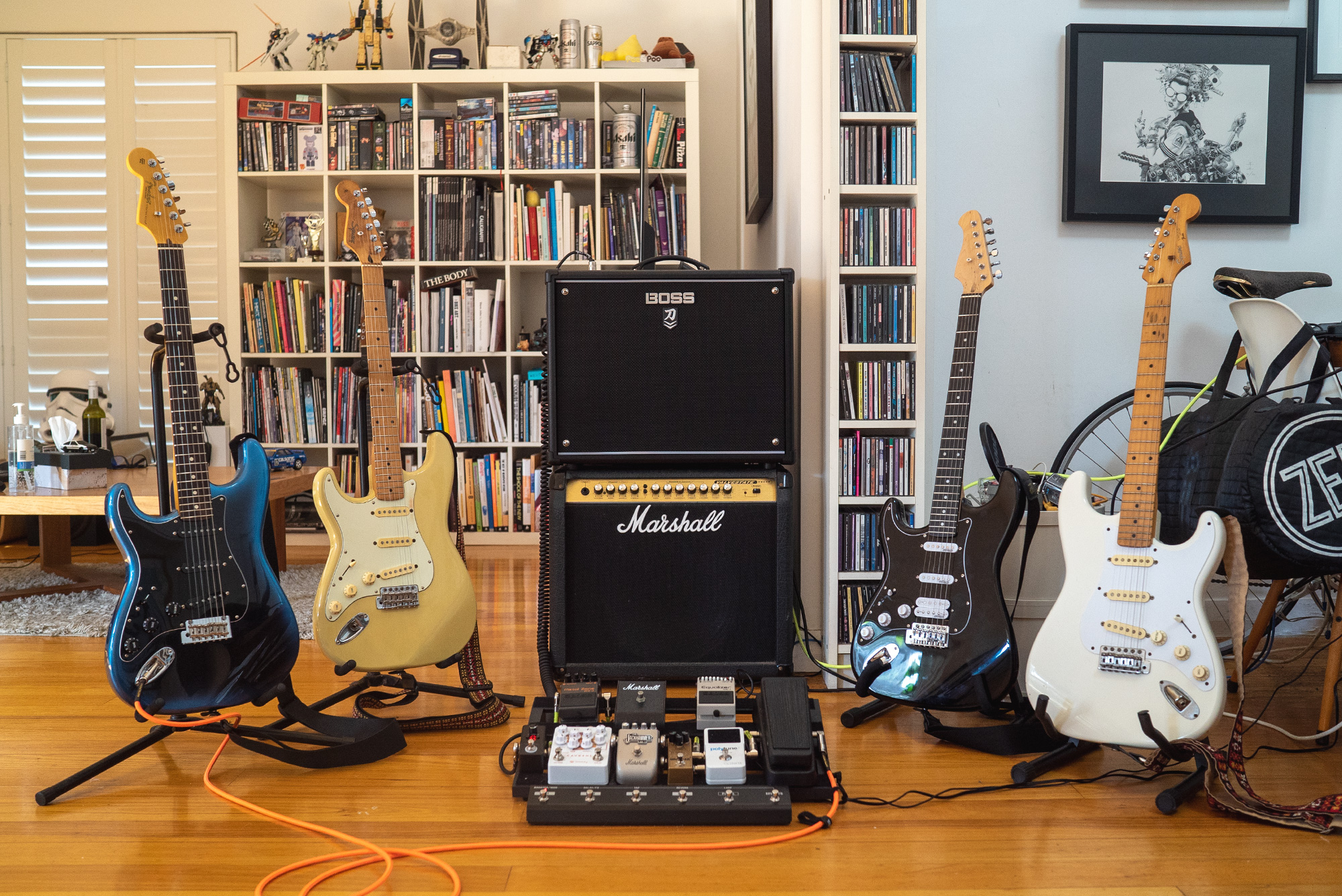